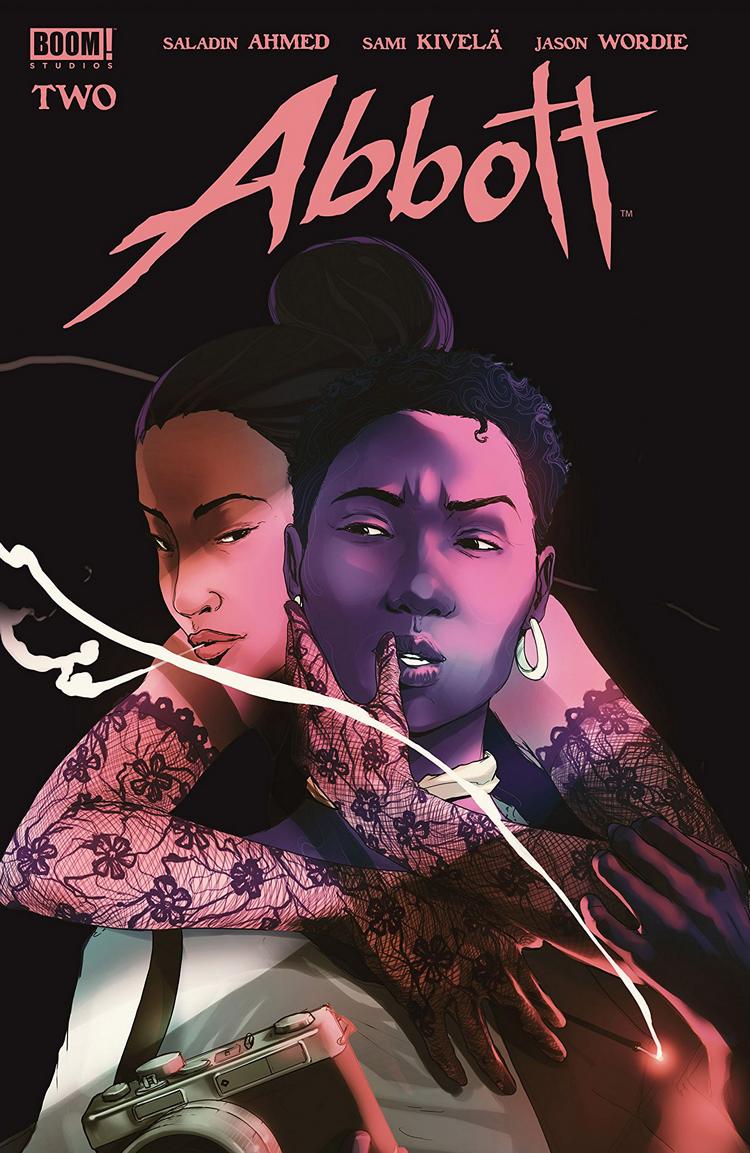 A brutal attack on the edges of the latest murder scene only spurs Abbott further into her investigation.

Why It’s Hot: You have a writer whose work is quickly becoming must read no matter the characters, genre, or publisher teaming with artists putting out stunning work to capture 1970s Detroit. When you throw in a diverse cast, a great lead character, and a dash of the supernatural (okay more than a dash) you are left with all the ingredients of a great comic book recipe. Ahmed, Kivela, and Wordie delivered the goods with an amazing first issue. The team looks to build upon their debut, and I would bet the house on them doing a damn good job at it as BOOM!’s latest must read comic continues. 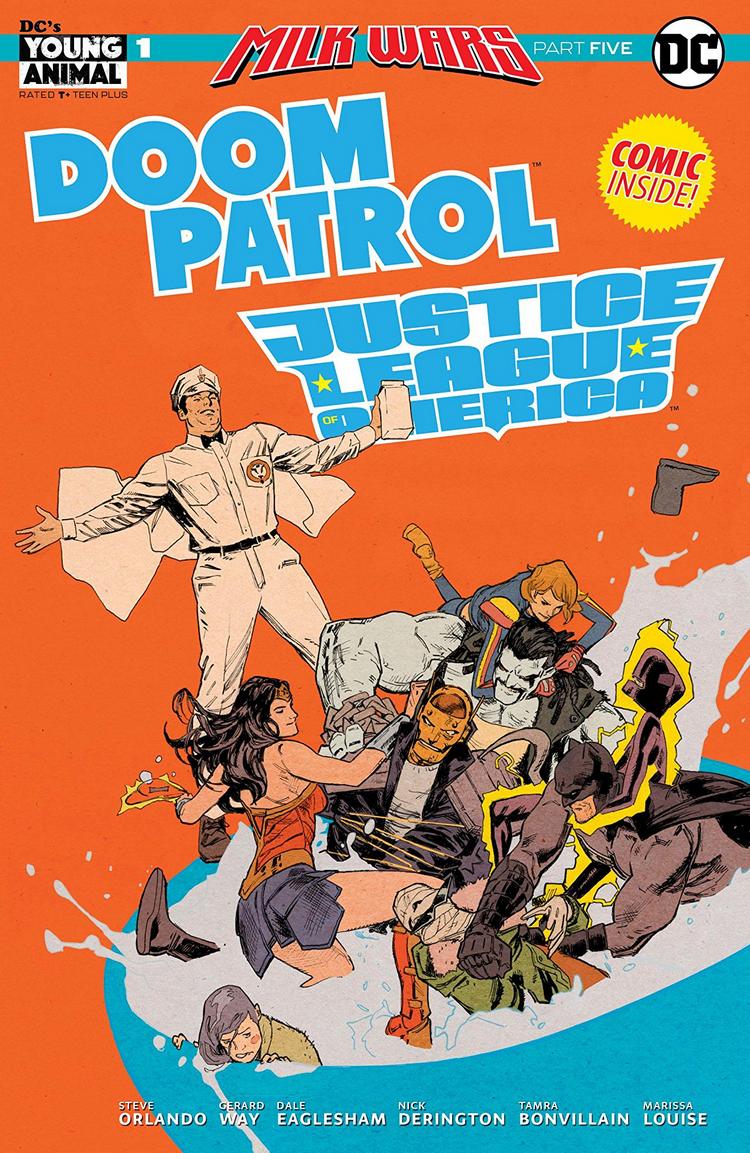 “MILK WARS” finale! As RetCo’s foundation shatters, the Young Animal teams come together with the Justice League and even more DC Universe heroes to finish the job. The only problem is, Milkman Man and RetCo still stand in their way. To right reality, the heroes of Young Animal and the DC Universe will have to unlock an outrageous power never before seen on any world!
This mind-blowing conclusion will establish new realities for all of the DC’s Young Animal titles. Look for the return of Cave Carson, Shade and Mother Panic next month!

Why It’s Hot: Milk Wars has been one of the best stories put out by any comic book company over the past month. Starting with the JLA/Doom Patrol Special (not to be confused with this issue) each one shot dealt with different concepts to examine the the core iidea of superheroes. The first issue dealt with the nature and creation of superheroes in a larger meta way. In Mother Panic/Batman you had the concepts of religion and indoctrination through the lens of superheroes. Shade The Changing Girl/Womder Woman dealt with the clash of domestication and feminism. Then Cave Carson/Swamp Thing was a story about commercialism. This finale circles back to the first issue and weaves everything together to reveal a tale about the importantance of superheroes. Combined, the complete story may go down as one of the greatest love letters to not only DC, but the genre the company birthed with the creation of Superman in 1938. This is an example of comic books at their best and you’ll want to see how it all comes to an end. 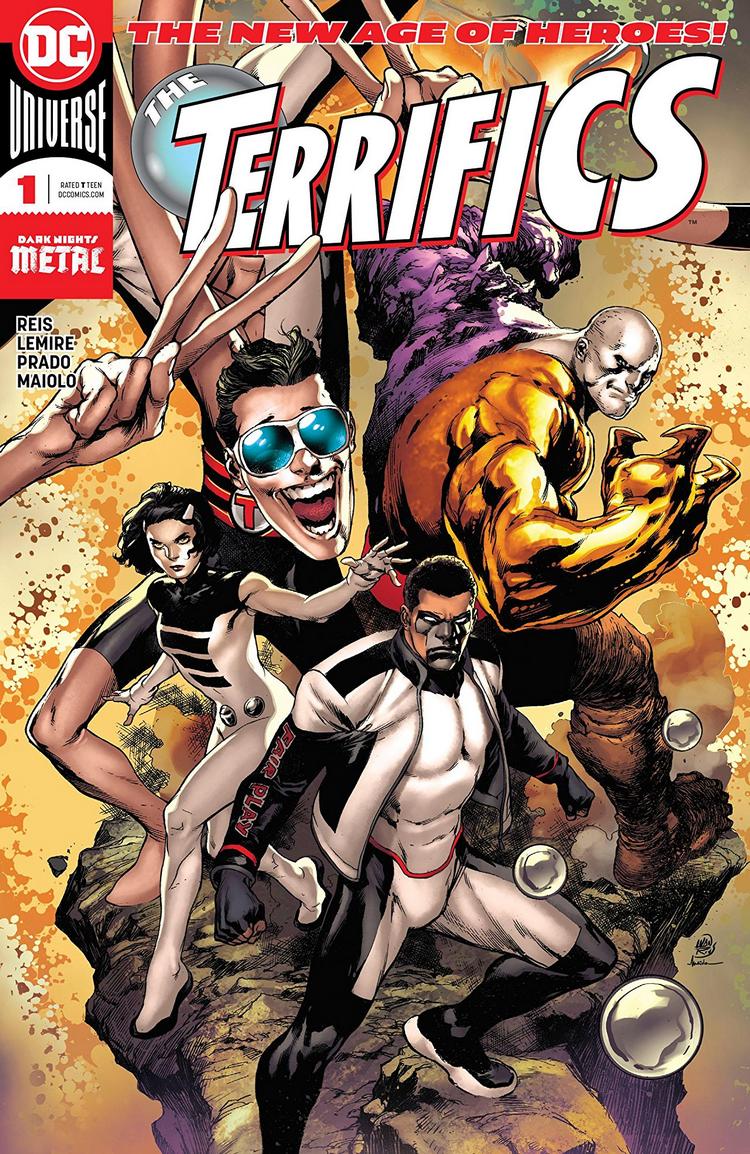 Bound together by fate, united by the spirit of exploration and hope for tomorrow, the Terrifics are bound from the Dark Multiverse of Metal! When Mr. Terrific, Metamorpho, Plastic Man and Phantom Girl find themselves literally bound together by a tragic accident, our team of unlikely allies must rely on one another to make their way back home. But a startling revelation on their return trip brings them face to face with a new mystery: Where in the universe is Tom Strong?

Why Its Hot: One of the most anticipated books of early 2018 is here. In the wake of Dark Nights: Metal the superstar team of Ivan Reis and Jeff Lemire tell the tale of a group of explorers with fantastic powers lighting a torch and exploring the unknown. Mister Terrific, Metamorpho, Phantom Girl, and Plastic Man are thrust together and forced into a marvelous adventure that will take them to places where the invisible becomes visible. They will see things and meet people that will wow, amaze, and almost certainly spell certain doom. As the “New Age Of Heroes” continues The Terrifics has the potential to be one of the world’s greatest comic magazines, and you don’t want to miss it. Oh yeah, I didn’t even mention that one of America’s Best explorers is making their return. As it says right there in the solicitation TOM STRONG IS BACK! If you don’t know Tom Strong and his family get ready to have a new favorite first family of comics. 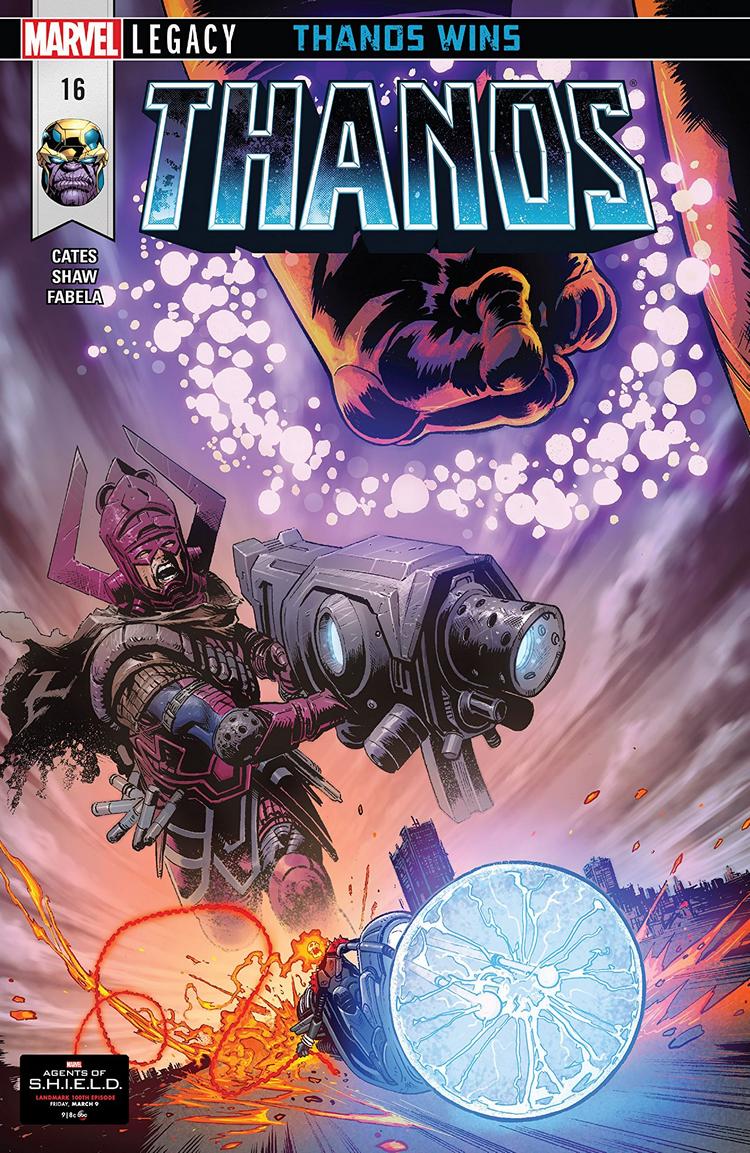 THANOS WINS Part 4
• The secret origins of King Thanos’ right-hand man, the cosmic spirit of vengeance, Ghost Rider!
• Just who IS this madman and how did he become allies with the most evil man in the Universe?

Why It’s Hot: Cosmic Ghost Rider has taken the comic book community by storm over the past few months. Now it’s time to find out how THAT guy not only came to possess the Spirit Of Vengeance and cosmic powers, but also why he’s so damn goofy. That’s right folks, it’s origin time! If you’ve missed out on what Cates, Shaw and company have been up to with Thanos now is the time to get on board. Once seated you’ll find out why this is one of the very best books Marvel has to offer, and why this creative team is on its way to being a bona fide A-list superstar team. Oh… and that last page. 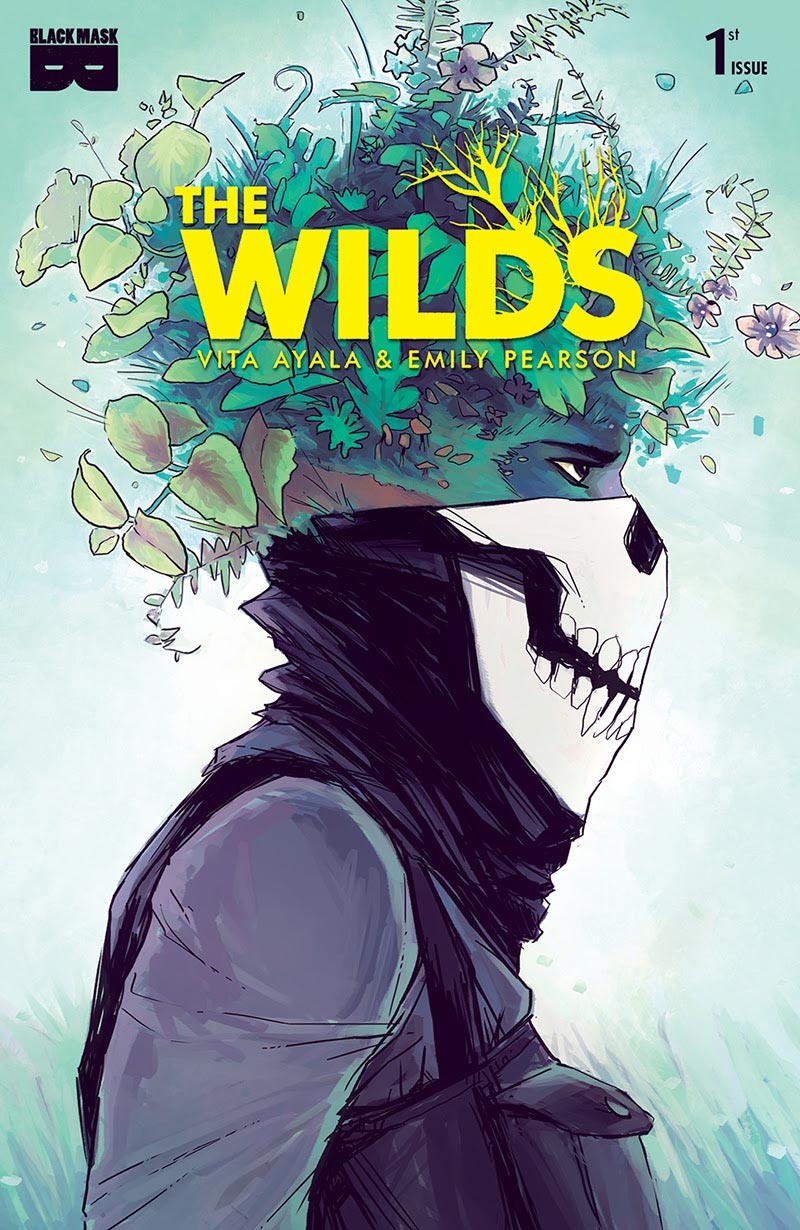 After a cataclysmic plague sweeps across America, survivors come together to form citystate-like communities for safety. Daisy Walker is a Runner for The Compound, a mix of post-apocalyptic postal service and black market salvaging operation. It is a Runner’s job to ferry items and people between settlements, and on occasion scavenge through the ruins of the old world. Daisy is the best there is at what she does. Out beyond the settlement walls are innumerable dangers: feral animals, crumbling structures, and Abominations – those that were touched by the plague and became something other. After a decade of surviving, Daisy isn’t phased by any of it – until her lover, another Runner named Heather, goes missing on a job. Desperate to find her, Daisy begins to see that there may be little difference between the world inside the walls and the horrors beyond. From writer Vita Ayala (Bitch Planet: Triple Feature, Wonder Woman Annual) and Emily Pearson (Cult Classic) with colors by Marissa Louise (Spell On Wheels) and covers by Natasha Alterici (Heathen), comes this bold tale of surviving in bleak times.

Why It’s Hot: Over the first few years of their existence Black Mask has come to be known as a publisher whose roster features a diverse group of up and coming comic creators that make really good comics built around exciting concepts. The Wilds from the creative team of Vita Ayala, Emily Pearson, and Marissa Louise look to continue that tradition with post apocalyptic horror story with a great cast of characters. You can expect sex, gore, LGBT representation, and an intriguing story. Ayala has made a name for themselves as a member of the DC Talent Workshop, and has seen their name on covers featuring some of the biggest names in the industry. While the art team of Emily Pearson and colorist Marissa Louise envoke a style that at times can provide glimpses of a bit of Jamie McKelvie crossed with a touch of Gilbert Hernandez all while maintaining a unique look of their own. It’s a pretty comic book. There’s a good chance that this series features creators that will be household names among comic fans in the near future, and with Black Mask’s track record picking up this first issue is a no brainer.