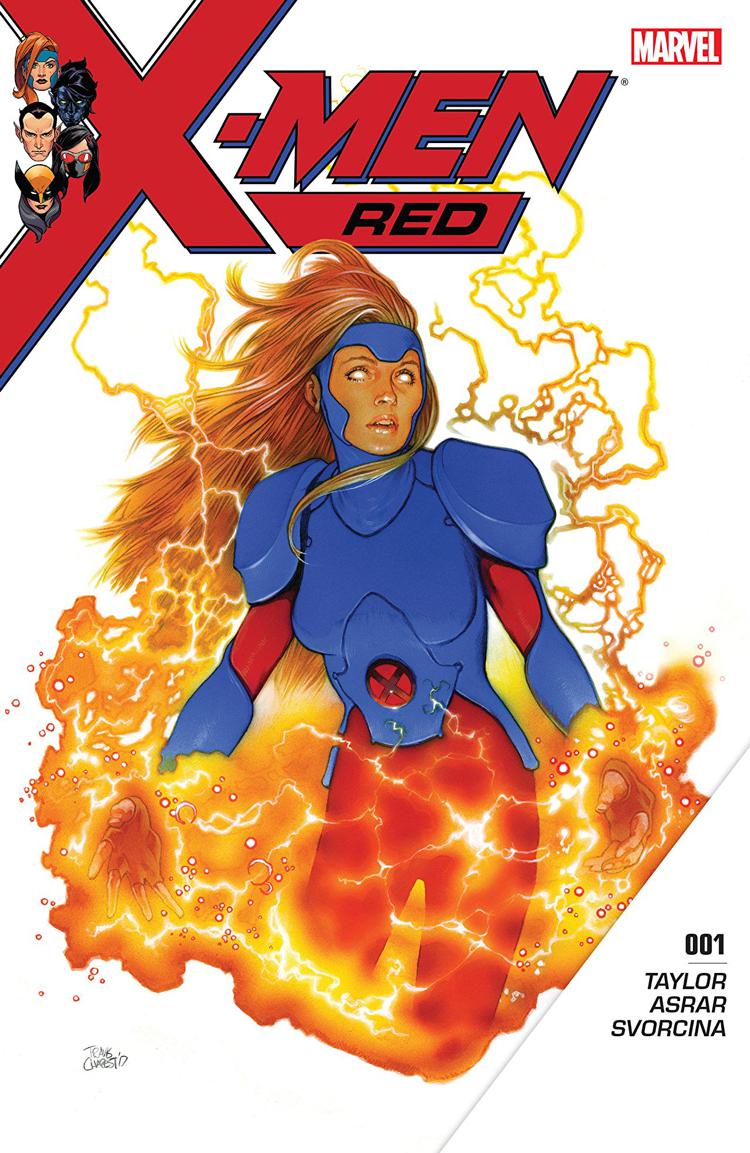 It’s the first Wednesday of February and it’s a big one for comic books. While I can only pick five books for the Hot Five you will find a larger than usual number of titles in the “Also Available” section. There was just so many good comics to choose from that I had to have my cake and eat it to. I hope all of you enjoy this week of books as much as I’m going to! 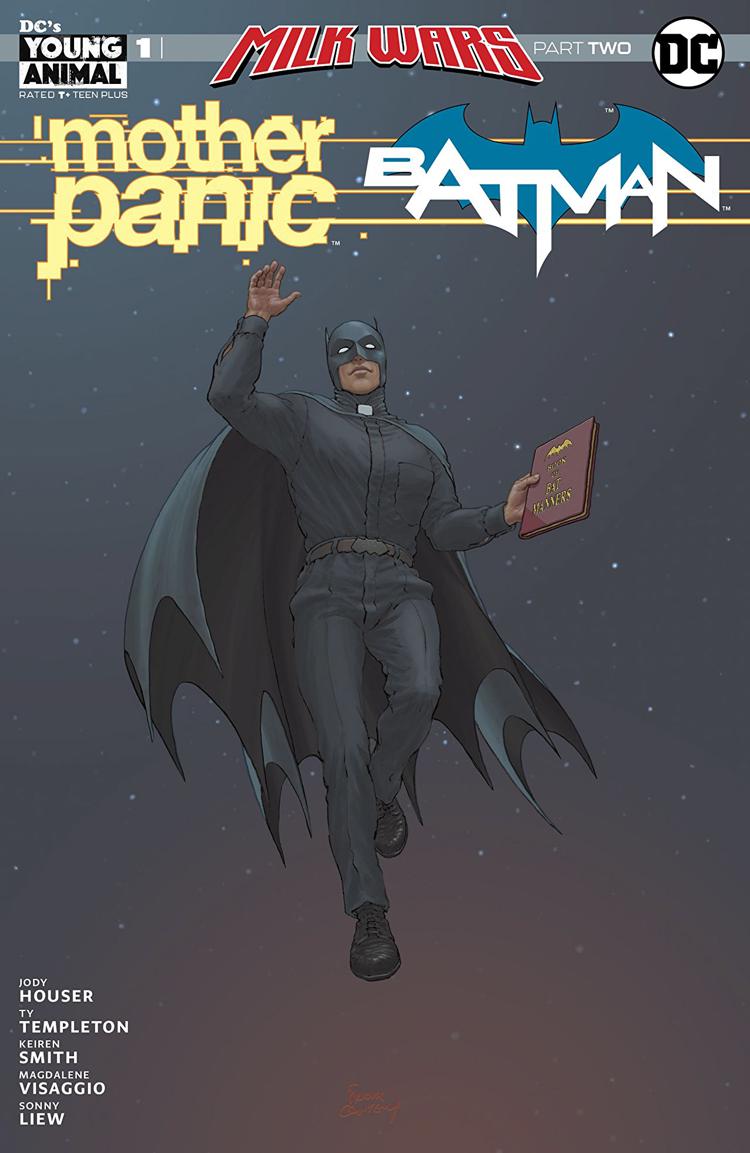 “MILK WARS” part two! Mother Panic has discovered a Gotham City transformed. What happened to her family and friends? And who moved into Gather House, the religious school that scarred Mother Panic as a young girl? It’s Father Bruce, the orphan millionaire who decided to give back to society by filling the deep demand for sidekicks. So many Robins in need of a nest! Plus, part two of the Eternity Girl backup story!

Why It’s Hot: Milk Wars continues as Mother Panic comes face to face with a not quite right Batman. This comic has some big moments for Gotham’s newest protector, and advances the event in its own way as everything you need to know for this issue is in this issue. So if you haven’t jumped on the Milk Wars train yet this is a good week to. You should because it’s damn good comic booking. 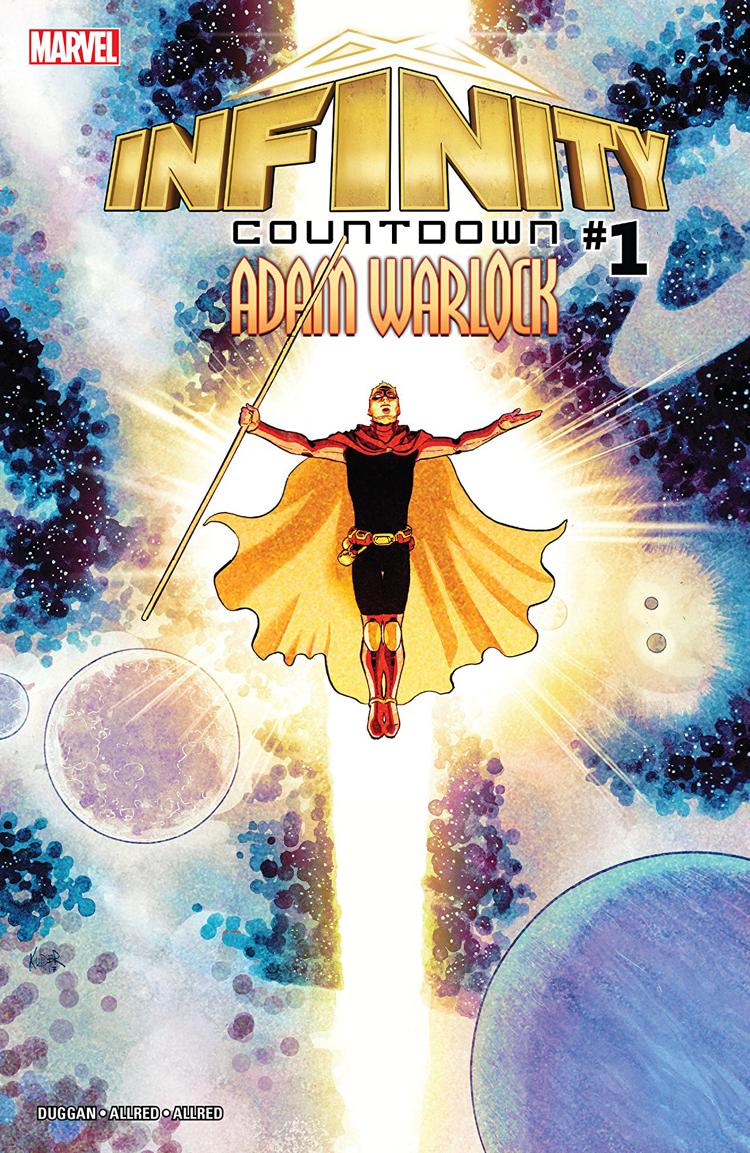 ADAM WARLOCK IS BACK! Reborn from the realm of the dead, Adam has come seeking the Soul Stone…and the truth about what it did to Him! His guide through this Infinity Quest is none other than…Kang the Conqueror?!? Be there as Adam begins down the dark trail sure to lead him into the heart of the mystery of the Infinity Stones…

Why It’s Hot: Adam Warlock back? Mike Allred drawing it? Gerry Duggan aka the writer of the best Guardians Of The Galaxy run in years? Infinity Countdown? You can sign me up, because there’s no way this is anything but awesome. 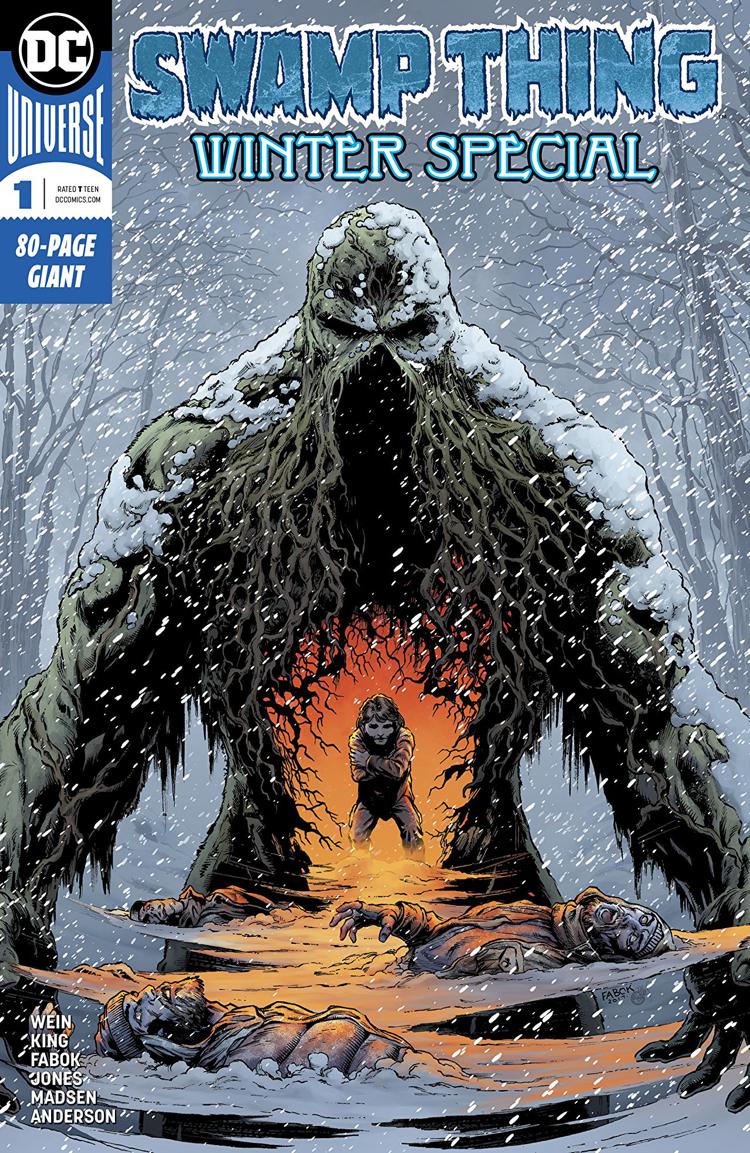 Tom King and Jason Fabok pay tribute to the legendary creators of Swamp Thing, writer Len Wein and artist Bernie Wrightson, as they join forces for an earth-shattering Swamp Thing passion project!
In this new, squarebound one-shot, Swamp Thing is out of his element as he shepherds a lost boy through a blinding blizzard and other hazards of a strange, frozen tundra. In this touching and harrowing tale of survival, the pair must navigate countless threats throughout a bewildering terrain-with a bloodthirsty snow monster hot on their heels. But how long can they rely on each other? Separated from the Green and stripped of his powers in this dead world, Swamp Thing struggles to fight for their lives and deliver the boy to safety. Disoriented and decaying, Swamp Thing’s fading understanding of his surroundings forces the duo to confront their desperation and uncover the true identity of the snow monster that hunts them.

In addition, this special features the final Swamp Thing story from the monster’s co-creator, Len Wein. Originally intended as the start of a new series, it is presented here both in its original script form and with art by Kelley Jones.

Why It’s Hot: Tom King writing Swamp Thing with the great Jason Fabok in pencils is worth the price of admission. When you add in the final Swamp Thing story from the character’s legendary co-creator Len Wein and you have one of the rare must read 80 page one shots. 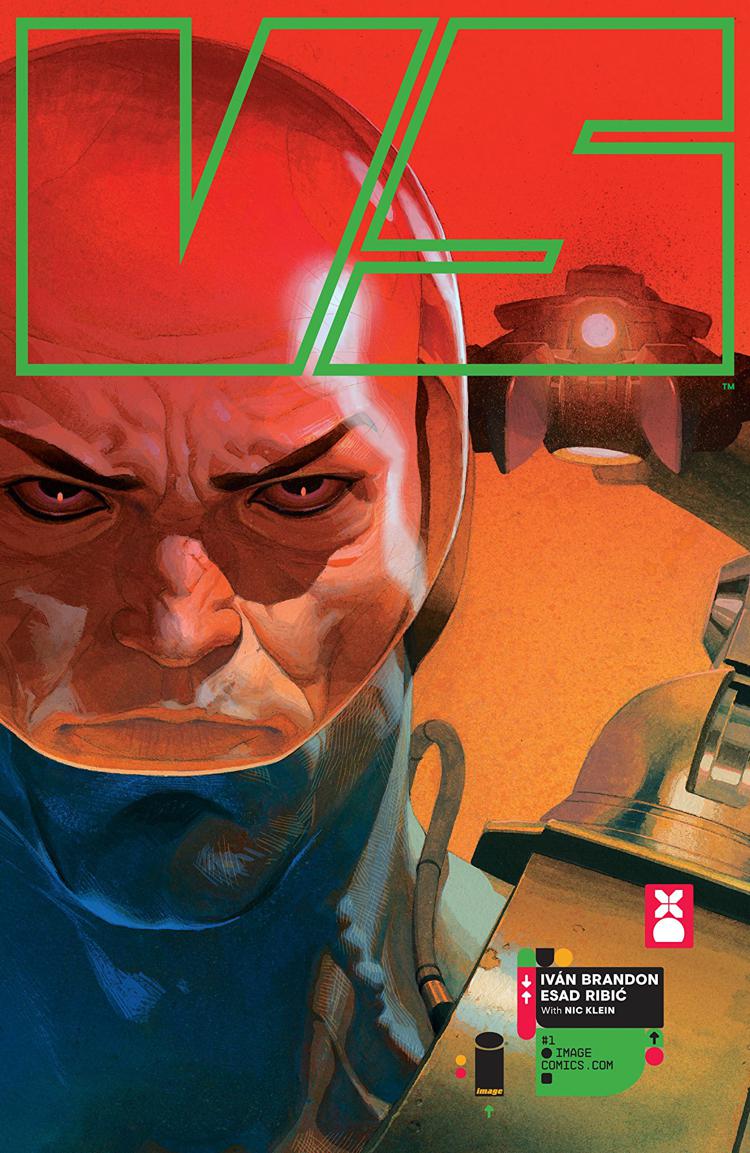 War has become a spectator sport. Privately funded armies of superstar soldiers march into battle for fame, profit, and the glory of their sponsor nations.
When a new generation of soldiers arrive, top gladiator Satta Flynn is about to discover how fleeting the limelight can be.
From writer IVAN BRANDON (BLACK CLOUD, DRIFTER) and superstar artist ESAD RIBIC (Secret Wars, Uncanny X-Force) in his creator-owned Image debut, with painted color by NIC KLEIN (DRIFTER, VIKING) and graphic design by TOM MULLER, VS delivers spectacular action, darkly humorous satire, and explores our hunger for fame and our penchant for self-destruction.

Why It’s Hot: Esad Ribic is one of the absolute best artists in comics today, and he’s making his creator owned Image debut with VS. This comic from Ribic, writer Ivan Brandon, and colorist Nic Klein is a unique look at war in the future, and it is absolutely stunning. We have seen Ribic draw Asgard in Thor: God Of Thunder and all of the Marvel Universe in Secret Wars, so it’s going to be exciting seeing what he can do with a group of new characters in this type of setting from the mind of the talented Ivan Brandon. If you’re a fan of Ribic don’t sleep in this comic.

The Hate Machine Part 1
THE FIRST SENSATIONAL ARC OF AN ALL-NEW TEAM OF X-MEN STARTS HERE!
JEAN GREY is back! Returned to a world she doesn’t recognize, the First Lady of the X-MEN gathers an unlikely team – NIGHTCRAWLER, NAMOR and LAURA KINNEY (A.K.A. ALL-NEW WOLVERINE) – to face an evil that threatens to tear down XAVIER’s dream by any means necessary!

Why It’s Hot: Jean Grey is back and she’s wasting no time in forming her own team. That’s a big deal and all, but the biggest news is that Tom Taylor is getting to write his own team X-Men comic. If this comic is half as good as Taylor’s work on All New Wolverine then this will be one of the best comics Marvel is publishing. This is an exciting moment for X-fans everywhere, and here’s hoping it lives up to its potential,