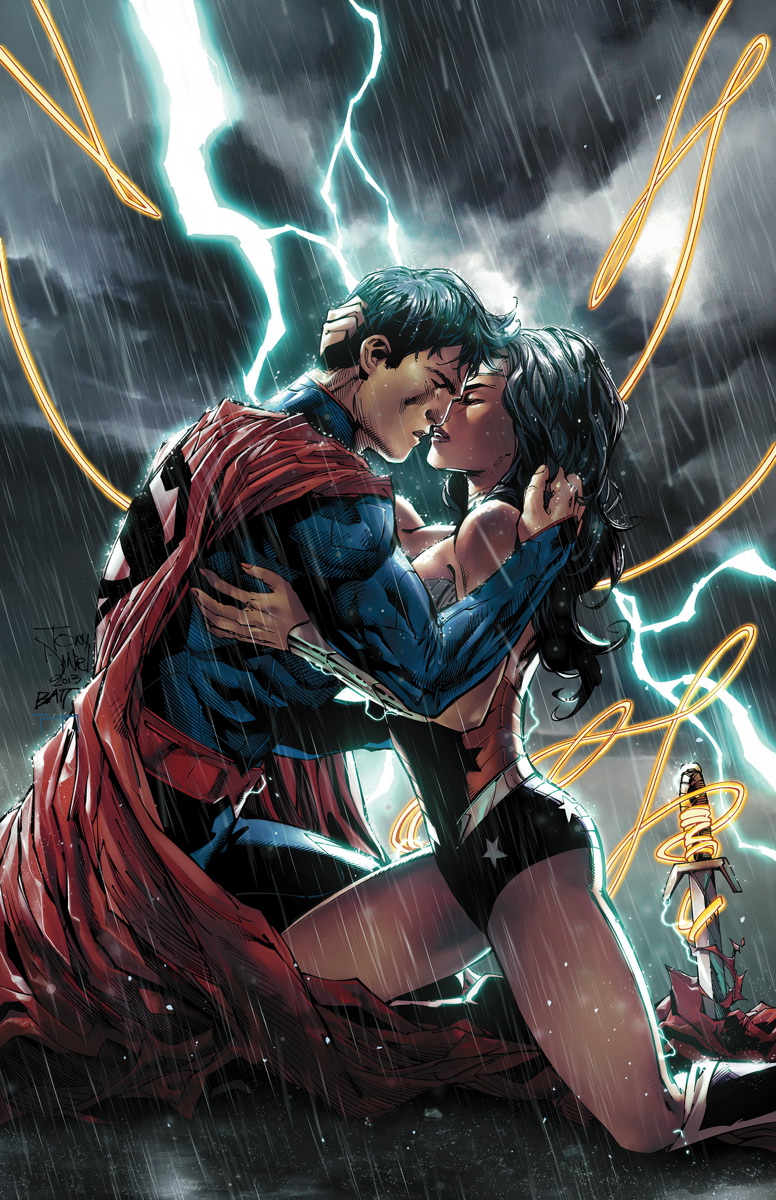 In this tale tying into “GOTHTOPIA,” what kind of sick world pairs up Batgirl and the woman who tried to kill Jim Gordon — Knightfall?!

Why It’s Hot: With the newest Bat-line event, “Gothtopia” kicking off last week in the stellar Detective Comics #27, Gail Simone and Fernando Pasarin give us our first full length look into this brave new world with the first tie-in to the story.  Alternate takes on our favorite characters, as this appears to be, are always fun to get a glimpse at, so it will be fun to see what Simone has in store for Barbara.

KIMOTA! With one magic word, a long-forgotten legend lives again!

• Freelance reporter Michael Moran always knew he was meant for something more — now, a strange series of events leads him to reclaim his destiny!

• Relive the ground-breaking eighties adventures that captured lightning in a bottle — or experience them for the first time — in these digitally restored, fully relettered editions!

• Includes material originally presented in WARRIOR #1 and MIRACLEMAN #1, plus the MARVELMAN PRIMER.

Why It’s Hot: There’s a good chance that Miracleman is the greatest, most treasured comic book that you haven’t read. Often put alongside The Dark Knight Returns and Watchmen as the best that the 1980s had to offer, the adventures of Michael Moran have been stuck in legal limbo for years. In the meantime the book has become sort of a holy grail for collectors with collections going for ridiculous prices. Now the day many never imagined would come to pass is nigh, Miracleman is being reprinted for the first time in years, and now everyone can experience one of the best stories that superhero comics have to offer.

• Otto Octavius, the Superior Spider-Man, in a life-or-death struggle against the original Superior Venom!

• Plus: With one last goblin on his side, the Goblin King’s court is now complete!

Why It’s Hot: With recent developments, that I won’t discuss here, Spider-Man was the talk of the comic book world this past weekend. Now writer Dan Slott has vowed not to talk about or answer any question regarding the developments until after this issue. On top of that you have Goblins galore, Venom and The Avengers in a story so big that they needed a special extra sized issue to contain it! 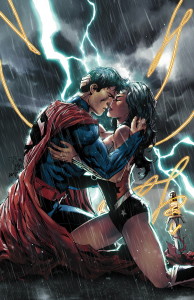 The secret of Superman and Wonder Woman’s relationship is out and the world’s reaction is mixed, but that’s the least of the power couple’s worries as Zod seeks to release Faora from the Phantom Zone!

Why It’s Hot: The James Brown of comics, Charles Soule, has taken an idea that many potential readers despised on the surface and turned Superman/Wonder Woman into one of DC’s must read books. Under the pen of Soule, what was once worried to be a Twilight inspired take on the Clark/Diana relationship has instead turned into an action packed yet heartfelt examination of the relationship between two of the most powerful superheroes. Now that we have Superman, Wonder Woman, Zod, and apparently Faora in one book that can mean only one thing, absolute carnage!

THE GRAND FINALE OF THE ACCURSED!

Thor’s desperate tour of the Nine Realms brings him to Midgard, to Earth, where he makes his final stand against Malekith and the dark forces of the Wild Hunt.

But what has become of Thor’s newest compatriots, the League of Realms? Who stands revealed as the traitor in their midst?

And what bloody victory has Malekith already won?

Why It’s Hot: Thor: God of Thunder is one of the best comics being published today, and its big, sprawling, action packed stories that have taken readers all around the Nine Realms have been loved by both critics and readers alike. If Aaron’s first arc was any indication of what’s to come, we can expect an epic finale in arc number two as Thor takes on Malekith in the final issue of “The Accursed.”