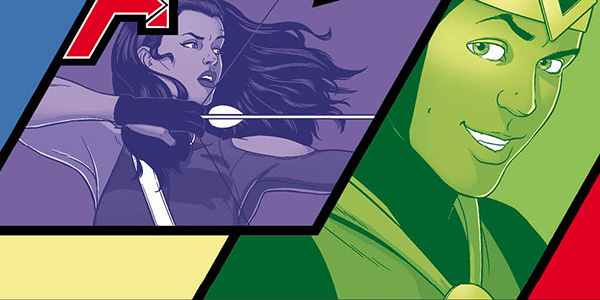 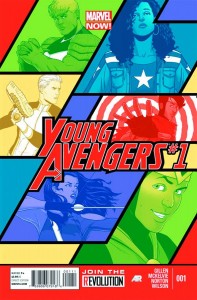 Legacy isn’t a dirty word… but it’s an irrelevant one. It’s not important what our parents did. It matters what WE do. Someone has to save the world. You’re someone. Do the math. The critically acclaimed team of Gillen/McKelvie/Wilson (with added Norton Sauce) decide to reinvent the teen superhero comic for the 21st century, uniting Wiccan, Hulkling and Hawkeye with Loki, Marvel Boy and Ms. America. No pressure. Young Avengers is as NOW! as the air in your lungs, and twice as vital. It’s the book that knows Hyperbole is the BEST! THING! EVER!

Why It’s Hot: One of the most hotly requested titles from fans for years, Young Avengers has a lot of expectation to live up to. The characters are beloved in a way no other recently created (the original series launched in 2005) heroes have become. But in drafting Phonogram creators Gillen and McKelvie, it seems Marvel has thought outside the box to bring us something unique and fresh — something to stand apart from its somewhat overwhelming list of Avengers titles. 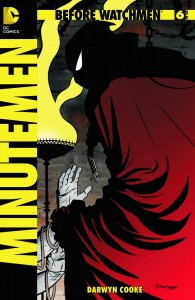 “You’ll do what I say or I’ll burn this place to the ground and kill every person you know.”

Why It’s Hot: Sensible fans (not to mention the other kind) can argue the merits of DC Comics’ Before Watchmen event, but one thing is for certain: Minutemen has been an absolute stand-out in quality and enjoyment not just among its sister titles, but in the comic market in general. Wrapping up the mystery behind Silhouette’s last case, this final issue of the mini-series is sure to live up to the glorious poetry that has streamed through every issue before it. We all know Darwyn Cooke is a master of the medium, but it’s hard to imagine, now six months later, who else could have picked up Moore’s threads to such absolute command and perfection. This is a title worth rushing to the shop for this Wednesday. 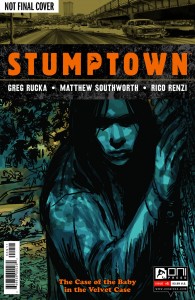 The conclusion of Eisner Award-winning writer Greg Rucka and acclaimed artist Matthew Southworth latest STUMPTOWN mystery! Stupid skinheads, angry DEA agents, and extremely irritated Portland Police are all focused on “Baby” – rockstar Mim Bracca’s most precious guitar! Can Dex navigate the politics, egos, and attitude to get the axe back without producing even more tabloid fodder?

Why It’s Hot: Another final issue on the list, but this time for a creator-owned series that’s both truly original and capturing a magnificent feel for the distinctly American mystery. Like a beautiful mash-up of the 1970’s private investigator genre and the modern culture of Portland, Oregon, Stumptown has been one of the most consistently interesting titles on the stands. After last month’s brilliantly unique car chase sequence, I’m revved up to see how Rucka and Southworth manage to wrap up “The Case of the Baby in the Velvet Case.” 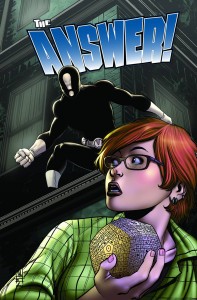 THE ANSWER #1 (OF 4)
Written by Dennis Hopeless
Art by Mike Norton
Published by Dark Horse Comics — $3.99

Devin McKenzie is an insomniac librarian with a knack for solving puzzles. The Answer! is a masked crime fighter with a giant exclamation point on his face. Aside from a penchant for late nights, they share nothing in common . . . until both become embroiled in a deadly mystery surrounding a sinister motivational speaker!

Why It’s Hot: Yet another fascinating original super-hero comic to jump out of Dark Horse Comics in recent months (one other of note being Francesco Francavilla’s exemplary The Black Beetle), The Answer is the brainchild of Cable & X-Force’s Hopeless and Battlepug’s Mike Norton, whose art alone makes it worth checking out. Hopeless describes it as “The DaVinci Code with super heroes starring Velma from Scooby Doo.” SOLD. 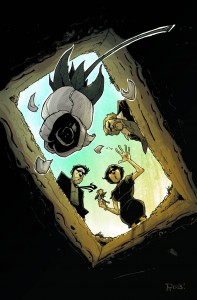 The second half of CHEW starts here. With a funeral.

Why It’s Hot: Critically-acclaimed (and Eisner Award-winner) Chew begins its march downhill toward the final #60, but interest is certainly still building. With a possible television show in the works from Showtime, this series — centered around Tony Chu, an agent who gains psychic impressions from eating things (and people) — is a wild ride not to be passed up. Jump on the train here and catch-up where/when you can.