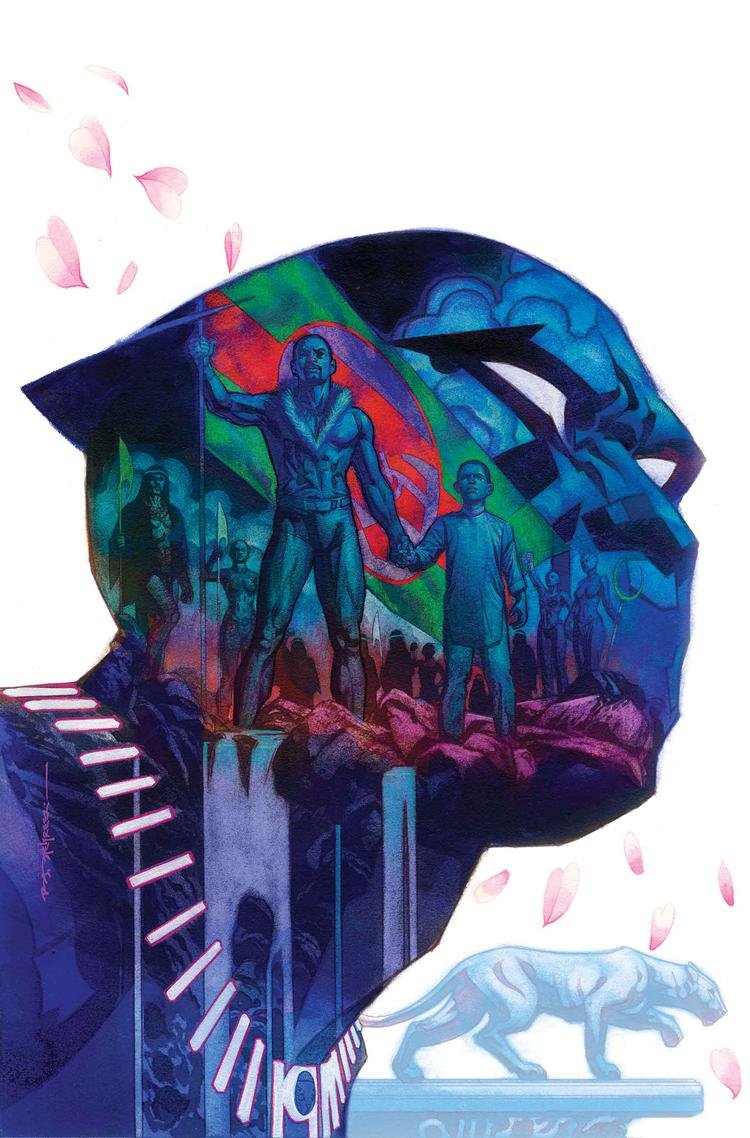 HAPPY NEW YEAR EVERYBODY, and welcome to Comicosity’s Hot Five. Hot Five is a short list of the top books we think you’ll want to be checking out. Be they new title launches, key issues or just continuing stories from some of the industry’s most acclaimed books, this list is your guaranteed gold in the comic market. 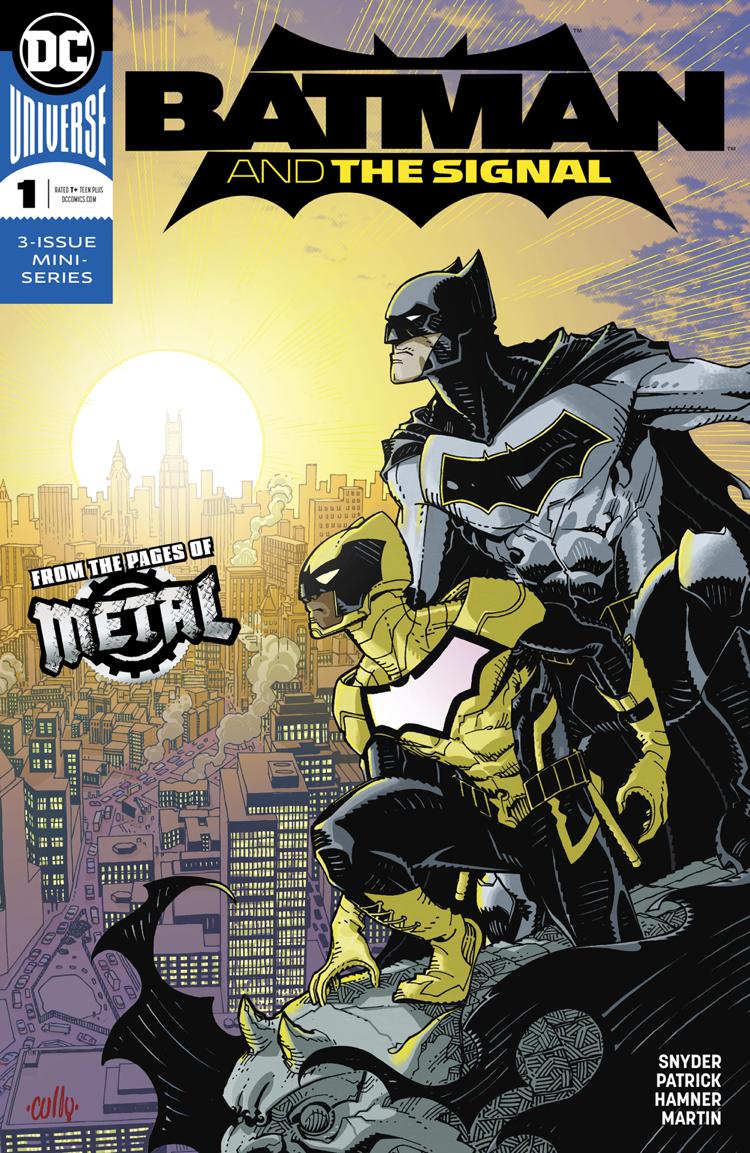 Batman may own the night, but with new villains emerging during the day he needs an ally to defend the city when he can’t. Only one teen is up to the challenge, Duke Thomas. After months of training, he’s ready to step out of the shadow of the bat to become his own kind of hero. Meet Gotham City’s newest protector: The Signal! Spinning out of adventures in ALL-STAR BATMAN and WE ARE ROBIN, comics superstar Scott Snyder and newcomer Tony Patrick take our young hero to new heights in this exciting miniseries with artwork by Cully Hamner.

Why It’s Hot: It took almost five years but Duke Thomas is FINALLY getting his own series. Not only does this series feature the fan favorite sidekick, but it has a great creative team and mission statement. Scott Snyder and Tony Patrick are joined by the phenomenal art team of Cully Hamner and Laura Martin. This comic won’t look like any other Batman comic on the stands as we will get to see Gotham during the day. Yes, The Signal is separating himself from the rest of the Bat-Family by serving as Gotham’s day time protector. There is a lot of potential for this miniseries, so if you’re interested and want to see more make sure you speak with your wallet! 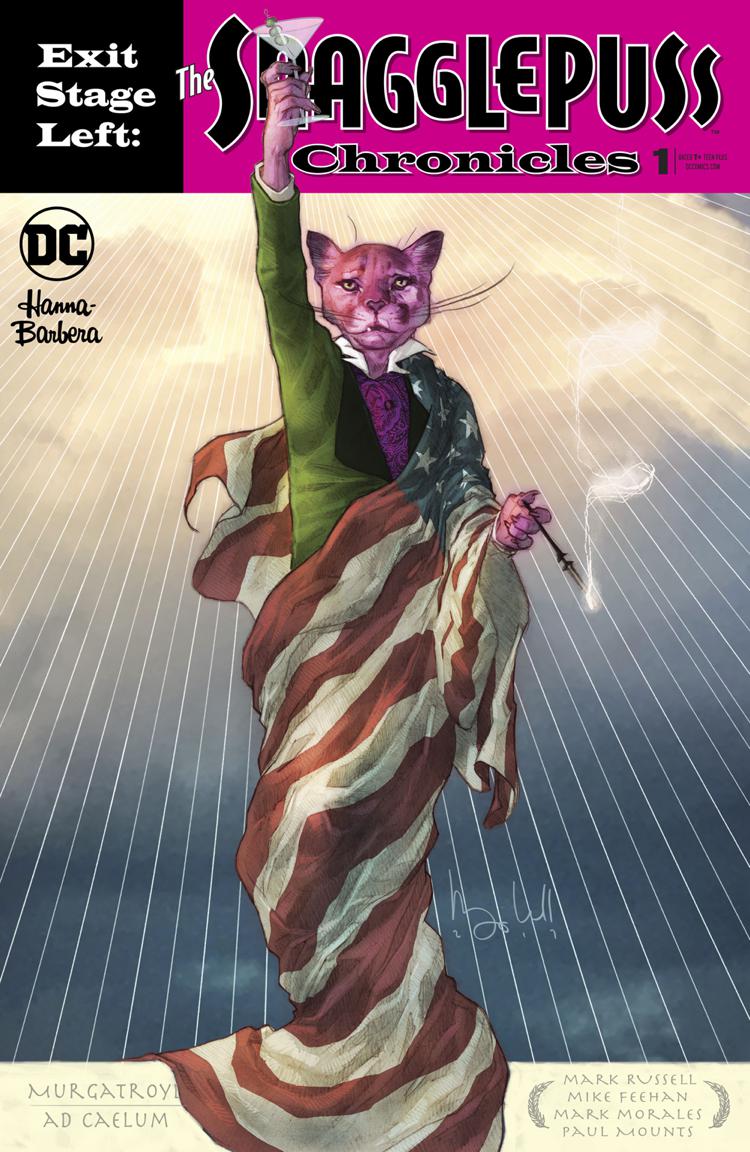 It’s 1953. While the United States is locked in a nuclear arms race with the Soviet Union, the gay Southern playwright known as Snagglepuss is the toast of Broadway. But success has made him a target. As he plans for his next hit play, Snagglepuss becomes the focus of the House Committee on Un-American Activities. And when powerful forces align to purge show business of its most subversive voices, no one is safe! Drama! Humor! Tragedy! It all starts in Exit Stage LEFT: The Snagglepuss Chronicles #1, a new miniseries from the writer who brought you the Flintstones.

Why It’s Hot: I’ll let Matt take it from here: Queer Visibility: What SNAGGLEPUSS Could Teach Us About Resistance in 2018

SECRET ORIGIN OF THE BLACK PANTHER Part 1
Just in time for the highly anticipated film, witness the early years of the man who will come to rule one of the most scientifically advanced countries in the world! Wakanda has always kept itself isolated from Western society, but that’s all about to change. Young T’Challa knows he is destined to become king, but when his father is brutally murdered by outsiders, he’ll find himself taking up a mantle he may not be ready for. Experience never-before-seen drama from the reign of T’Chaka, the king whose death changes a nation’s history forever. Learn about the mother T’Challa never knew. See how the world learns about this wondrous nation for the first time. Will the power of the Black Panther be enough to keep his country safe? Journalist Evan Narcisse makes his comics debut alongside acclaimed writer Ta-Nehisi Coates as they chronicle T’Challa’s rise to the throne – and to the Panther legacy that made him an Avenger.

Why It’s Hot: We are just over a month away from the Black Panther movie hitting the big screen, and what better way to get ready than a comic book origin story? With Black Panther writer Ta-Nehisi Coates consulting, the creative team of newcomer Evan Narcisse, veteran artist Paul Renaud, and colorist Stēphane Paitreau tell the story of T’Challa’s rise to the throne of Wakanda. 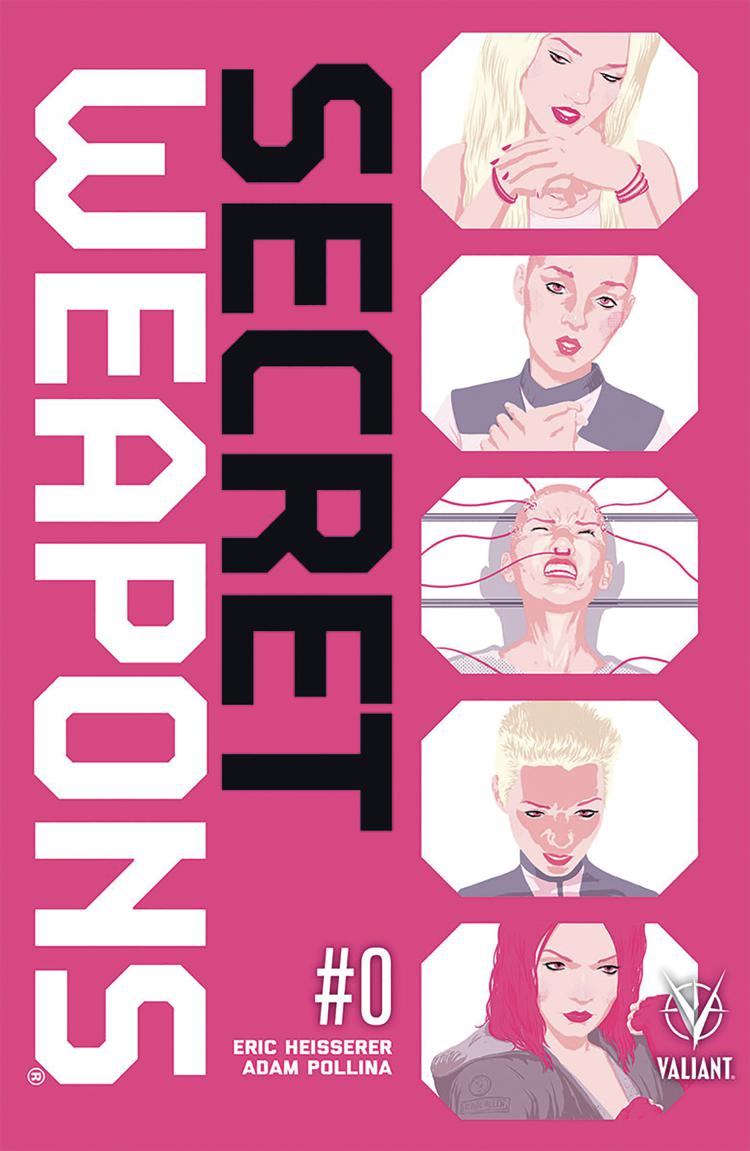 Before the fall of the Harbinger Foundation… Before the opening pages of SECRET WEAPONS
#1… Academy Award-nominated writer Eric Heisserer (Arrival) and legendary artist Adam
Pollina (X-Force) present all-new, standalone prelude to the year’s best-selling independent
limited series! Meet high school senior Nikki Finch… She’s a gifted athlete with an unusual set of medical ailments and high-aptitude test scores that have drawn the attention of an obscure and little-known NGO calling itself the Harbinger Foundation. With seemingly limitless resources at its disposal, the Harbinger Foundation has just offered Nikki a place in their newest class of recruits for a prestigious, but secretive, mission: to unlock her hidden potential via the invasive, dangerous and often deadly process known as “psiot activation”…

Why It’s Hot: Secret Weapons was one of the best comics that Valiant published in 2017, and Eric Heisserer returns to this world in a special prequel issue. That would be cool regardless, but anticipation for this issue has been turned up a notch with the great Adam Pollina on art. Known for his run on X-Force in the mid 90s, Pollina hasn’t been seen in the comics much in recent years. For fans, like myself, who look back fondly at his work this is going to be a treat. 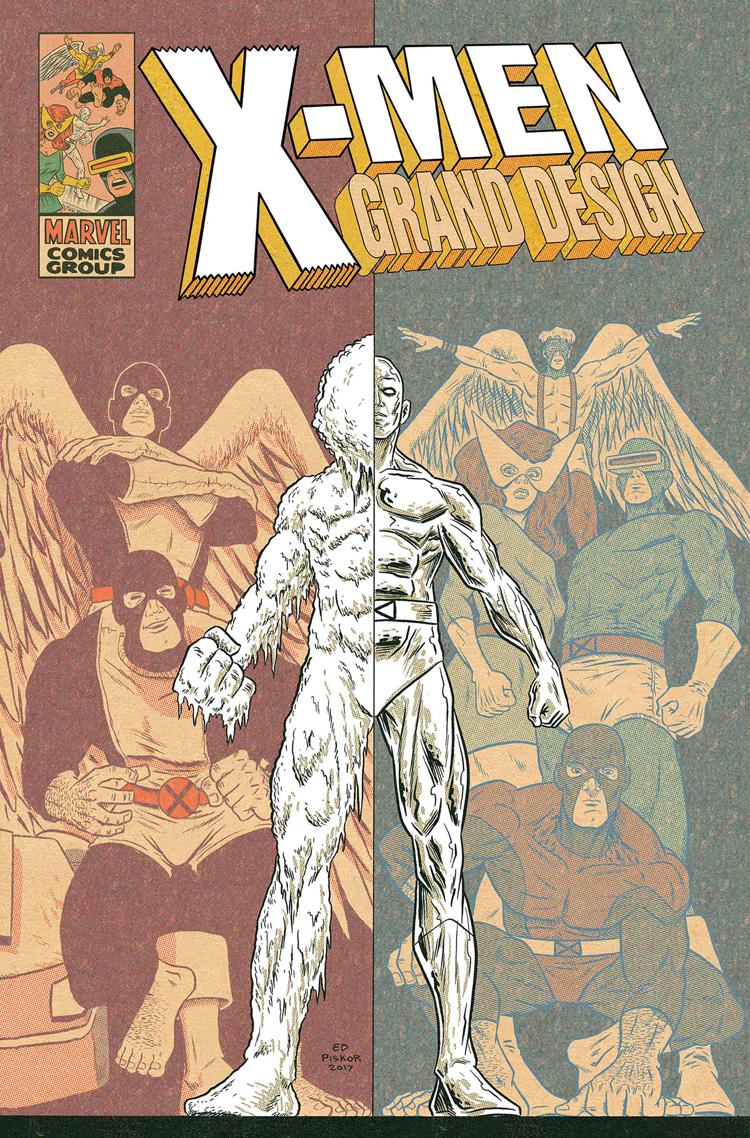 • Revisit all of X-Men history with Eisner-winning writer/artist Ed Piskor!!!
• Relive the biggest moments in X-Men history: The flight of the Sentinels! The discovery of the Savage Land!! The death of Charles Xavier!!!
• For the X-Fan inside everyone!

Why It’s Hot: Last month’s debut issue of Ed Piskor’s love letter to the X-Men blew me away. It was so great that I chose it as my top issue of 2017. This comic can be enjoyed by new fans, X-perts and everyone in between. What Piskor has been able to accomplish is unlike anything I’ve ever seen from the “Big Two.” If you like superhero comics you do not want to miss out on this one.

* BATMAN #38 – A haunting standalone issue that features Batman showing off his detective skills!

* Phoenix Resurrection: The Return Of Jean Grey #2 – After a phenomenal first issue Matthew Rosenberg continues his story that will see Jean Grey return from the dead. The one question readers are asking is whether she’ll be alone?

* Rogue & Gambit #1 – Continuing a big week for the X-Men, Rogue and Gambit are together again under the stewardship of Kelly Thompson. If you follow Thompson on Twitter you know she loves these characters. This should be fun.

* Superman #38 – The Super Sons Of Tomorrow arc comes to a thrilling end!