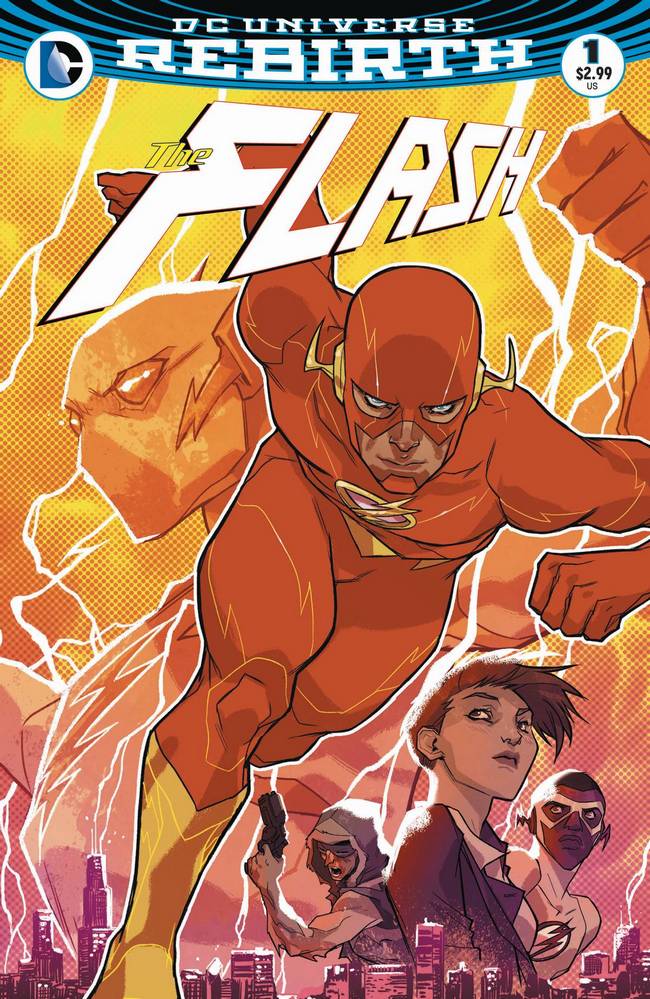 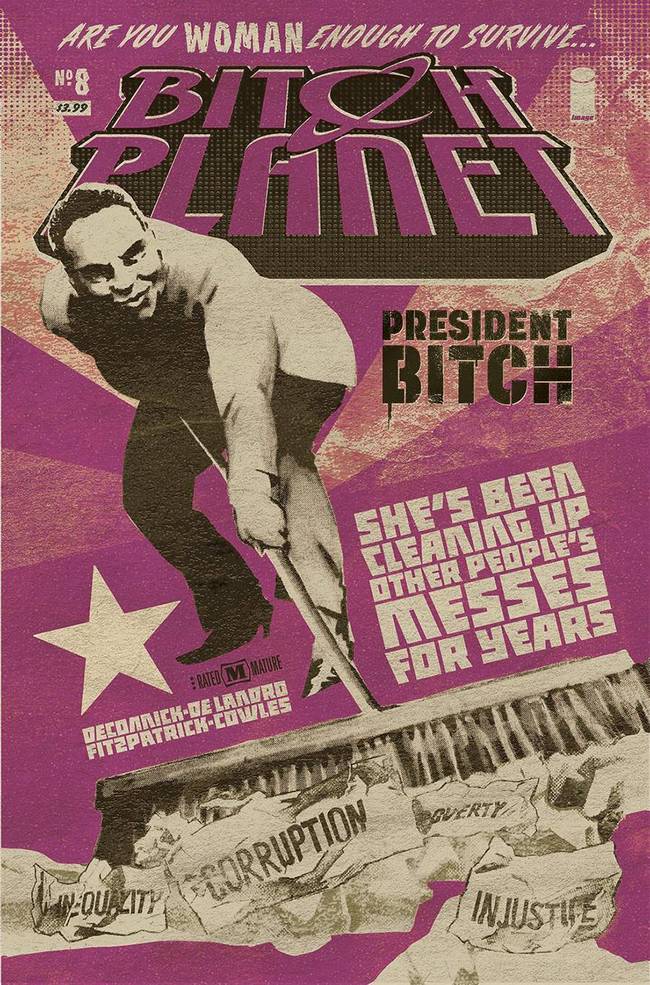 Kam is reunited with her sister.

Why It’s Hot: After a four month break Bitch Planet is back! For only having seven issues released DeConnick and De Landro’s feminist prison anthem has done a hell of a job taking over the comic community. Everywhere you look you see the book’s “Non-Compliant” logo, whether it’s on shirts, or permantely etched on a fan’s body. There wouldn’t be such a fervor over the series if it wasn’t any good. If you’ve been missing out it’s time to check out what all the hype is about.

A new storm brews over Central City and disproves the old adage about lightning never, well…you know. Just as Barry begins to feel overwhelmed fighting crime, a new speedster debuts-but just where did this amazing new friend come from?

FLASH FACT: “2016 is the 60th anniversary of Barry Allen becoming The Flash and it’s a privilege to be a part of it,” says writer Joshua Williamson. “‘The Return of Barry Allen’ in FLASH #79 [1993] is one of my favorite comics of all time. It’s where I became a Flash fan for life.”

Why It’s Hot: With the popularity, and Q Score of The Flash at an all time high due to the hit TV show that bears his name, it’s time for the character’s comic to take his place among the very best that the industry has to offer as Rebirth begins. Joshua Williamson is a great choice to lead the Scarlet Speedster into the future 60 years after the character of Barry Allen changed comics forever and helped launch what we now know as the Silver Age of comics. Williamson is a fresh face that has been doing great work on the indie scene with his work at Image, and awesome work on smaller, criminally overlooked titles at Marvel. This is his highest profile project yet, and easily his chance to become known as an elite writer. This is one of the Rebirth titles that are as close to being a must read as possible. 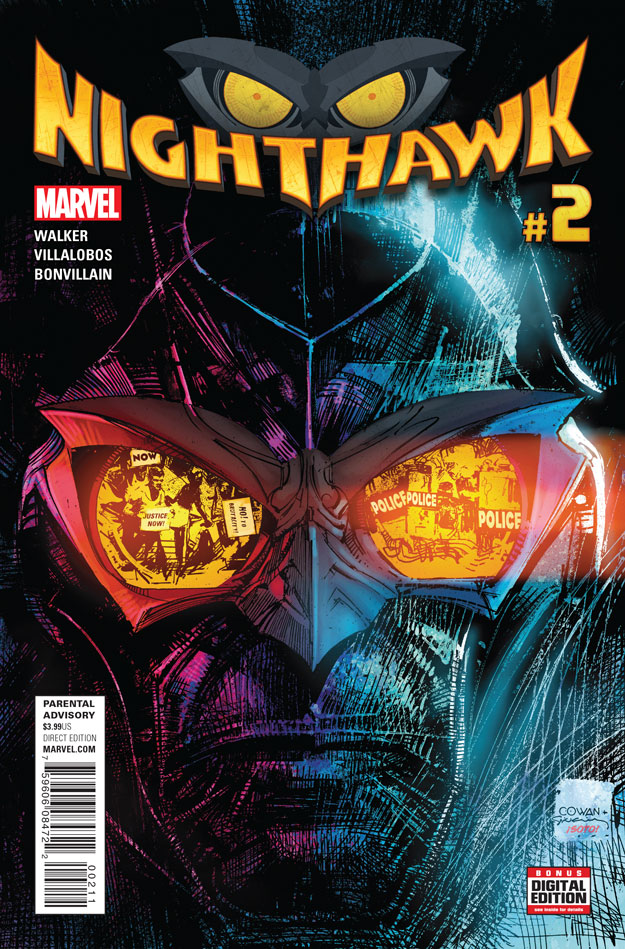 With the bodies piling up, Nighthawk hunts the psycho killer stalking the streets, leading to an unlikely alliance. Meanwhile, the racial tension that grips the city is about to explode, leading Nighthawk to make a difficult decision — save the city, or watch it burn.

Why It’s Hot: The first issue of Walker and Villalobos’ take on the Squadron Supreme leader’s solo series was one of the best reads of last month despite being overshadowed by DC Universe: Rebirth, and Steve Rogers: Captain America #1 the week it was released. If you missed it among all the noise, you missed out on one of the most violent, bad ass, and brutal Marvel comics that didn’t have the MAX label plastered on the cover. Villalobos art was so visceral that you could feel the bones breaking, while Tamara Bonvillain’s colors were vibrant and helped set the tone for the entire series. That’s not even mentioning Walker’s script that wasn’t just violent, but sowed the beginnings of a great story. I can’t wait to see what this team does next, and what they have in store for Kyle Richmond aka Raymond Kane. 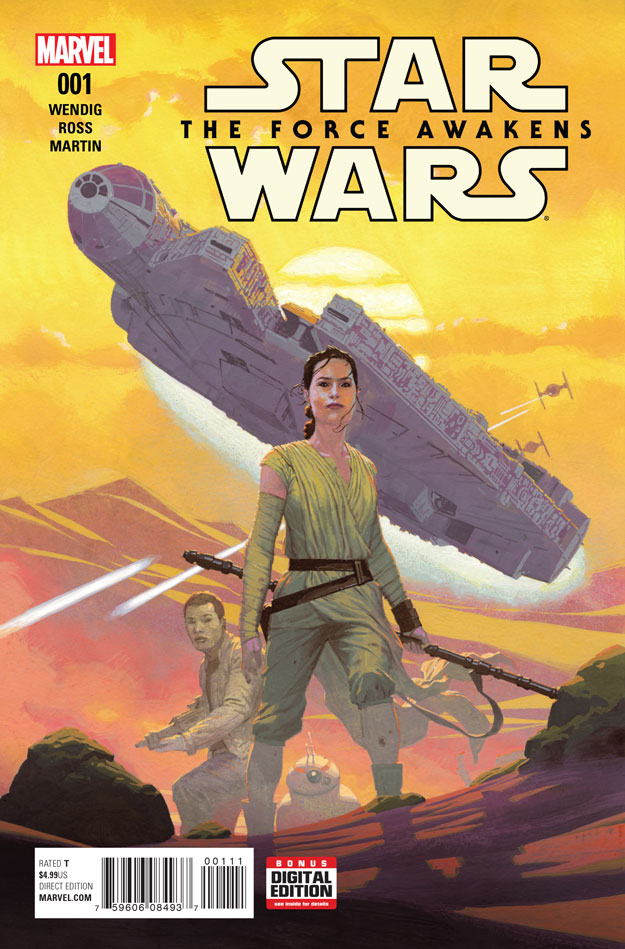 all of it! The biggest movie of the year jumps from the big screen to the comic book page! It’s been three decades since the Rebel Alliance destroyed the Death Star and toppled the Galactic Empire…but now, on the remote planet of Jakku…there is a stirring in the Force. A young scavenger named Rey…a deserting stormtrooper named Finn…an ace pilot name Poe…and a dark apprentice named Kylo Ren…Their lives are about to collide as the awakening begins. Written by Chuck Wendig (STAR WARS: AFTERMATH) and drawn by Luke Ross (HERCULES), take us on our first steps back into the Saga of a lifetime!

Why It’s Hot: The story features in one of the biggest, most successful, and most popular movies of all time makes it way to the comic page. The Star Wars Universe has a great track record over the year with adaptations, whether it be novels that are way better than the movies (See the Episode III novelization) or comics that have been there from the very beginning, and helped launch an empire (No pun intended). Marvel’s first Star Wars adaptation got underway before the very first movie hit theaters, and now almost 40 years later they are releasing one for a new generation of fans. 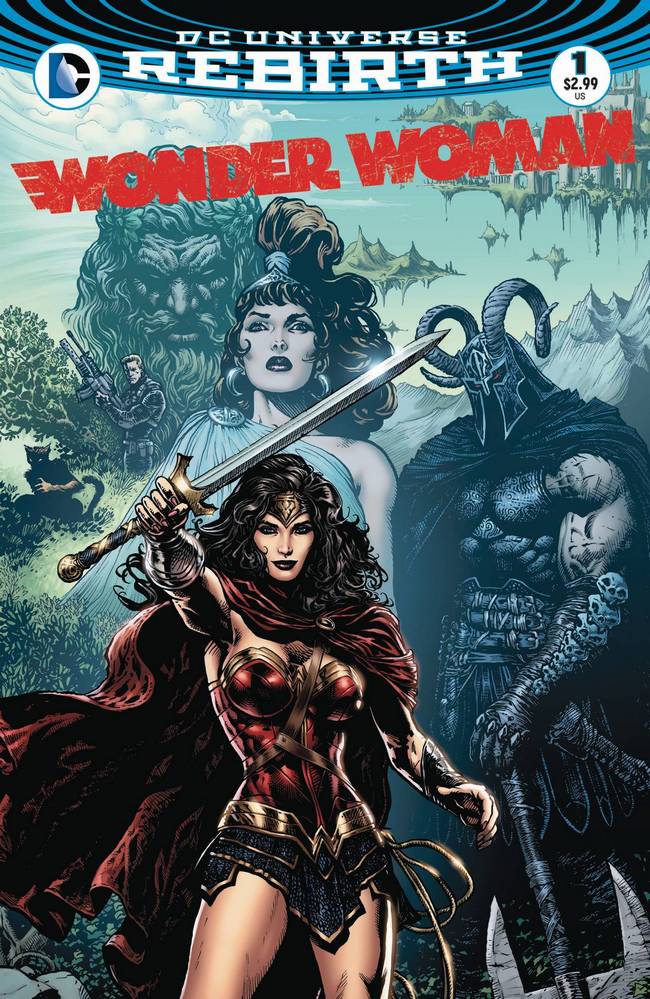 THE LIES” chapter one

Why has the lasso of truth stopped working for the Amazon Princess? Start down the rabbit hole as dark secrets from Wonder Woman’s past unravel her present!

THEY SAID IT: “Drawing Wonder Woman isn’t just drawing a comic, it’s drawing an icon-the most famous and recognizable female superhero in the world,” exclaims artist Liam Sharp. “To get to draw her in her 75th year, with a new storyline scribed by no less than Greg Rucka, makes this without doubt the most important drawing gig of my 30 years in comics.”

Why It’s Hot: Arguably the best Wonder Woman writer of all time is back, and ready for Rebirth. Greg Rucka alone would be enough to make this book hot, but artist Liam Sharp looks to be poised to reintroduce himself to comic book fans by blowing them away with his take on everyone’s favorite Amazonian Princess.