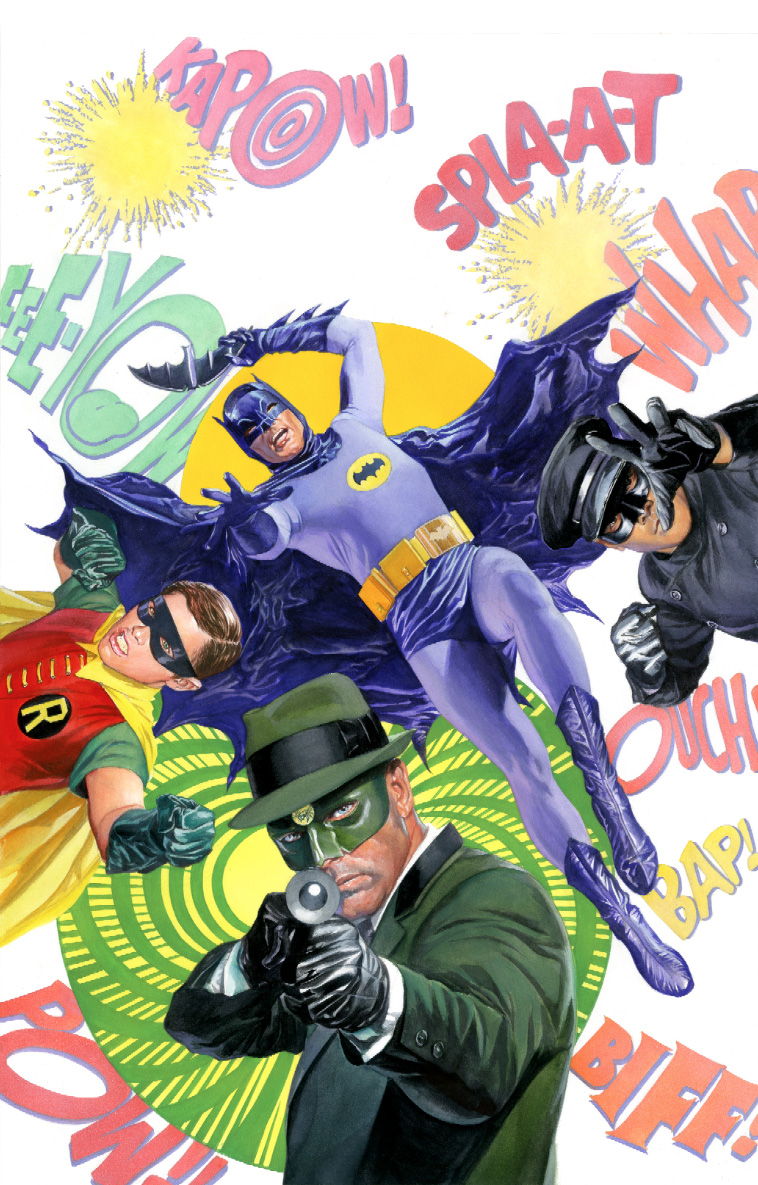 • Wolverine takes a trip back to Canada…

• But when he discovers that an old friend is missing, his visit soon transforms into a hairy situation.

Why It’s Hot: The Jason Aaron era may be over, but Amazing X-Men has been left in more than capable hands, as Kyle & Yost make their return to the X-Universe. The writers behind X-Force and New X-Men have proven over the years that they know, and respect, the X-Men and the franchise’s history. You may be sad that Jason Aaron is gone, but that won’t stop you from loving what Kyle, Yost and McGuinness have in store! 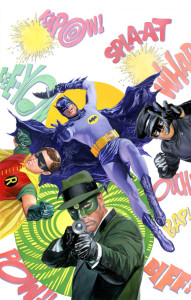 In 1967, television history was made when two masked crime fighters met in a historic crossover. Now, superstar filmmaker Kevin Smith and actor/comedian Ralph Garman join forces with artist Ty Templeton (BATMAN ’66) to bring these two iconic characters and their famous partners together again. Set in the continuity of that earlier team-up, Batman, The Green Hornet, Robin and Kato must go up against a very different General (formerly Colonel) Gumm. What crime could be so deadly as to force these rivals to put aside their differences and join forces again? And what surprise does Gumm have up his sticky sleeve?

Why It’s Hot: The first two installments of the digital first Batman/Green Hornet crossover event hits the printed page! Filmmaker Kevin Smith, and comedian, actor, radio personality Ralph Garman take their team-up to the world of comic books to tell the sequel to the popular 1960s tv crossover event. The masterminds behind the popular Hollywood Babble-On podcast just happen to be two of the biggest Batman fans on the planet, with an affinity for the Batman television show. A true passion project, it will be exciting to see what they bring to a world that they both love so dearly. 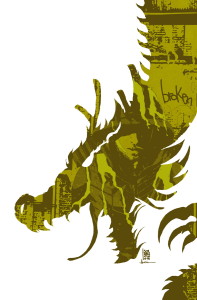 With Seattle under siege and Diggle in the grip of crime lord Richard Dragon, the Queen Legacy must find a way to move on. But is that even possible given the violent aftermath of The Outsiders War? A brand-new storyline and perfect jumping-on point to Lemire and Sorrentino’s popular run, as “Green Arrow: Broken” begins here!

Why It’s Hot: Green Arrow is of it only one of the best comics currently being published at DC, but it is one of the best comics being published anywhere period. The team of Lemire and Sorrentino have elevated the story of Oliver Queen to new heights with a combination of deep, character defining mythology, and absolutely stunning art. Lemire may be the big name superstar of the creative team, but Sorrentino has developed into one of the medium’s best talents. This book is unlike anything else on the stands, and if you’ve been missing out now is the perfect time to jump on board! Trust me, you won’t be sorry.

Officer Nicolas Finch doesn’t care about Buckaroo, Oregon’s serial killers or its secrets — he just wants to find his missing friend. With time running out he turns to the one man who has all the answers…the infamous Nailbiter!

Why It’s Hot: Nailbiter #1 was one of the best first issues in recent memory, and it gets even better with #2. A strong concept with a great hook, colorful characters, an engaging mystery, and beautiful art makes the book a must read for fans of the serial killer genre, or good comic books in general. If you haven’t picked Nailbiter up yet, hopefully it isn’t too late, and you can add both issues to your purchases this week! You don’t want to be late to the party and have everybody telling you that they told you so! 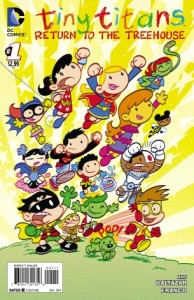 The Eisner Award-winning series is back for an all-new six-issue miniseries! Superboy and Supergirl return to the treehouse to discover…IT’S MISSING! Or is it just…really small? Who could  have done such a thing?! Find out as all your favorite Tiny Titans search for answers!

Why It’s Hot: Aw Yeah, one of the most beloved all ages title in recent memory is back with its original creative team for a six issue mini-series! If you are a comic book fan of any age there is a great chance you will love Tiny Titans. Buy it, read it, share it with your kids, grandkids, brothers, sisters, nieces, nephews, and the kid next door. Tiny Titans is an example of some of the best the comic book medium has to offer, and it just so happens to be perfect for people of every age and gender!