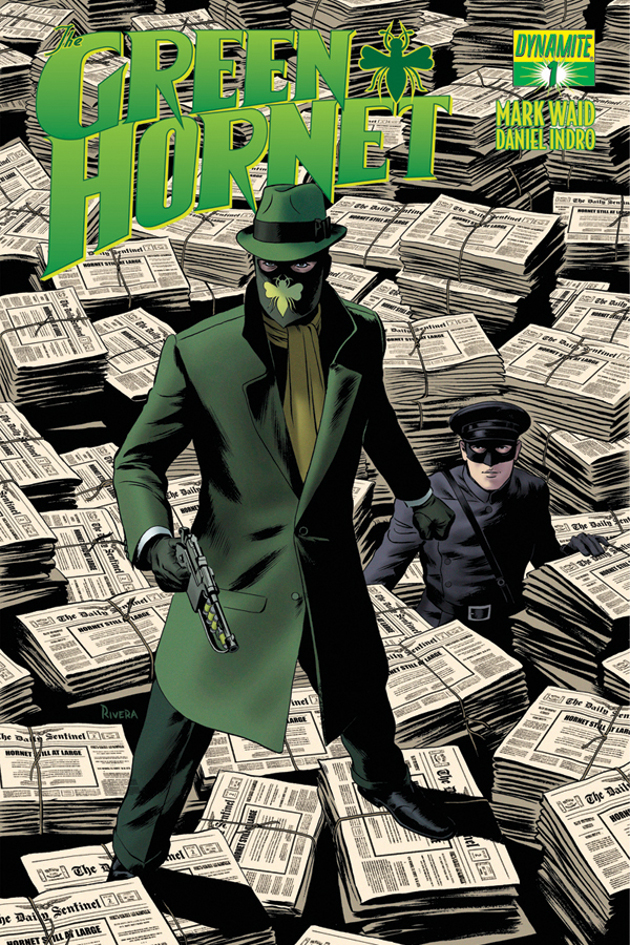 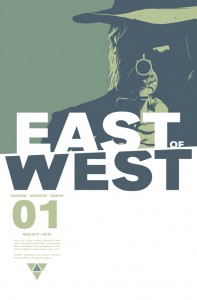 “OUT OF THE WASTELAND”
The things that divide us are stronger than the things that unite us. A Sci-Fi Western set in a dystopian America where all hope for the future rests in the Four Horsemen of the Apocalypse…who just happen to be trying to kill the President of the United States.
One of the most exciting new books of the year, this is EAST OF WEST, a brand new, ongoing, monthly comic from the award-winning team of Marvel’s FF, JONATHAN HICKMAN and NICK DRAGOTTA.

Why It’s Hot: Every time Jonathan Hickman releases a new creator-owned series, people sit up and pay attention. East of West is going to be no different. If you love Saga for its mash-up of future sci-fi and romance, you’re going to love this one as classic Western meets post-apocalyptic landscape. 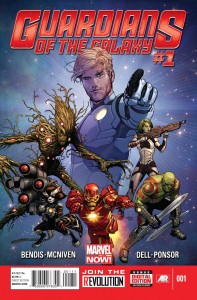 There’s a new rule in the galaxy: No one touches Earth! No one!! Why has Earth become the most important planet in the Galaxy? That’s what the Guardians of the Galaxy are going to find out!! Join the brightest stars in the Marvel universe: Star Lord, Gamora, Drax, Rocket Raccoon, Groot and–wait for it–Iron-Man, as they embark upon one of the most explosive and eye-opening chapters of Marvel NOW! These galactic Avengers are going to discover secrets that will rattle Marvel readers for years to come! Why wait for the movie? It all starts here!

Why It’s Hot: We’ve already gotten a little bit of a taste of Bendis’ run with last month’s issue #0.1 focus on Star Lord, but now we get the full monty. With a movie on the horizon and lots of cosmic Marvel mayhem coming in the near future, this is the central book to be looking at for clues about what’s on the horizon! 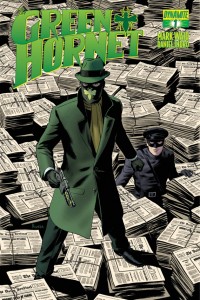 The Hornet faces his most dangerous enemy ever–an egotistical, arrogant Britt Reid! In his alter-ego as a powerful newspaper publisher, the Hornet has lost control, becoming a social crusader far too sure of himself and of his judgment. But when he finally goes too far, an innocent man pays a terrible price–and the legend of the Green Hornet begins its cataclysmic collapse!

Why It’s Hot: Comicosity spoke with Mark Waid just a few weeks ago about this series, which refocuses The Green Hornet as a classic, old school crime book. Love Daredevil and Indestructible Hulk? Then no reason not to jump on board this one as well! 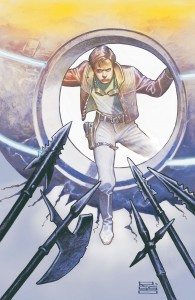 Let’s do the time warp again! It’s time for another fantastic Vertigo anthology filled with spectacular sci-fi stories. Robots, deep space and lots of time travel twists by a bevy of comic greats and the up-and-coming stars of tomorrow. Damon Lindelof and Jeff Lemire bring us a blast from DC’s past, plus another installment of the “Dead Boy Detectives” from Toby Litt, Buckingham and Victor Santos, Matt Kindt presents a stirring story of man vs. machine-and so much more!

Why It’s Hot: There’s a real star-studded list of creators working on this Vertigo one-shot full of short stories, both including classic DC characters and not. Following in the footsteps of the really cool Mystery in Space and Ghosts, Time Warp is the must-read this week for fun little stories that will stick with you. 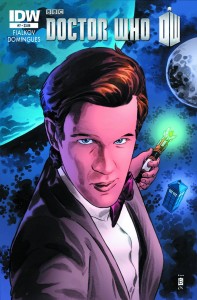 “Space Oddity,” Part 1 of 2: First in a special two-part story written by I, Vampire’s Joshua Hale Fialkov! When a cosmonaut attempts the first space walk in 1965, the rest of his crew watches in horror as he’s swallowed whole by shadow. Only the Doctor can save the spacecraft and the historically important mission.

Why It’s Hot: Joshua Hale Fialkov has been at the center of a lot of attention lately, but one thing is for certain: the man knows how to write horror and compelling drama. Expect a creepy Doctor Who adventure worthy of sitting alongside the brilliant work Fialkov has been doing on I, Vampire, and if you haven’t read the latter, this is a great place to sample a great writer!