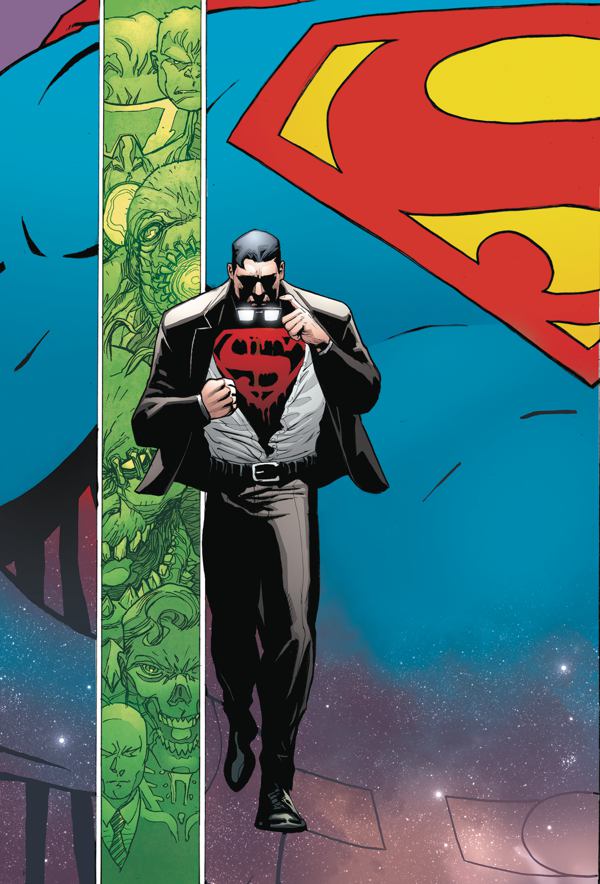 “SUPERMAN REBORN” part two! Celebrating our 975th issue with a supersize special as another layer of the Superman/Clark Kent mystery is exposed! And in a backup story written by  Paul Dini with art by Ian Churchill, learn what it all means for the Son of Superman, who is the prize in a deadly game!

Why It’s Hot: The march to quadruple digits reaches another milestone, as the first Superman crossover of the Rebirth era continues! I suspect something big to go down during the course of this story, and it might just unlock many of the mysteries featured in the current runs of Superman and Action Comics. Oh, and there’s a Paul Dini penned backup! Just think, around this time next year we will be celebrating issue #1000! 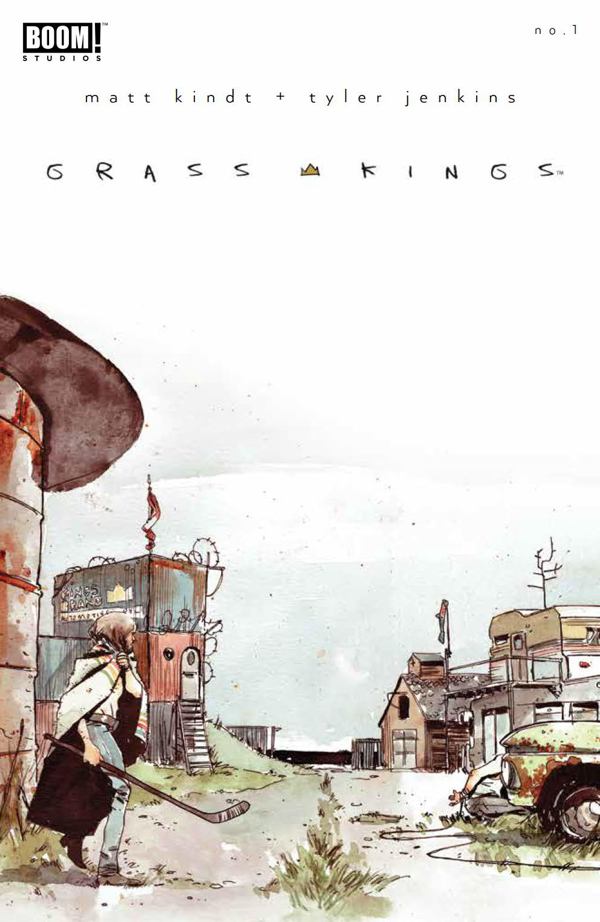 From The New York Times bestselling writer Matt Kindt (Mind MGMT) and Peter Panzerfaust artist Tyler Jenkins comes a rural mystery series chronicling the tragic lives of the Grass Kings, three brothers and rulers of a trailer park kingdom, a fiefdom of the hopeless and lost, of the desperate poor seeking a promised land.
Eldest brother Robert leads a grief-stricken life, having lost his daughter to a tragic accident, followed by his wife disappearing one morning never to return.

When an enigmatic young woman named Maria flees to their community in search of safe haven, Robert takes her in. Will his decision lead to ruin and retribution dooming the Kingdom?

Perfect for fans of True Detective Season One or Scalped.

Why It’s Hot: The amazing Matt Kindt and the ultra talented Tyler Jenkins team up for a series that is self described as being for fans of True Detective and Scalped? SIGN ME UP! I can’t imagine this comic being anything other than great. This comic has been flying under the radar prior to the first issue, so make sure you don’t get left behind on this one! 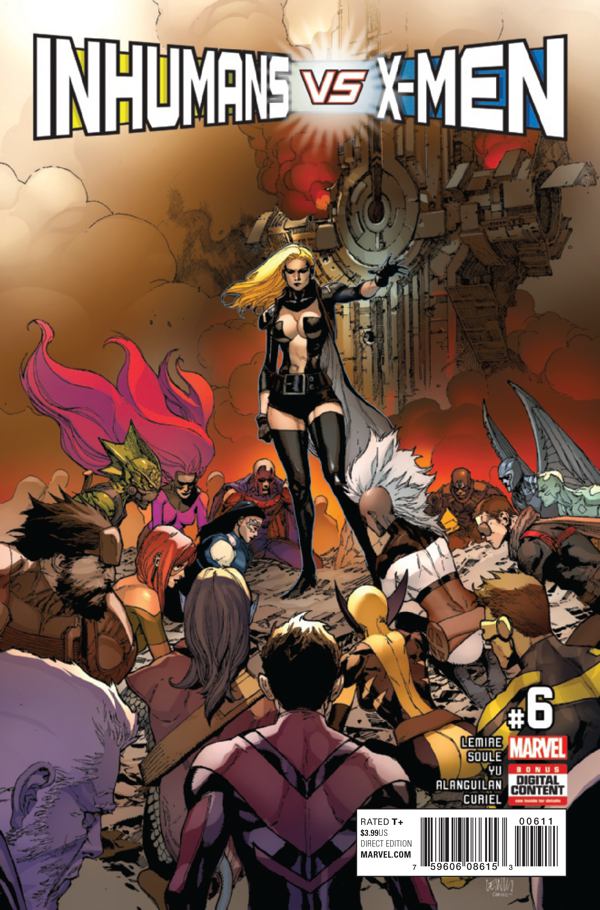 • The war between the Inhumans and the X-Men takes a dark turn leaving Inhumans hopelessly outmatched.

•  Emma Frost, the White Queen, faces off against Medusa, queen of the Inhumans, as both fight for the future of their people.

•  It all ends here. Don’t miss the epic oversized conclusion of INHUMANS VS X-MEN!

Why It’s Hot: It’s the end of an era for both the Inhumans and the X-Men, as the war between the two factions will lead to their Resurrexion! What will become of the Terrigen Mist clouds threatening mutantkind? Will the Inhumans head back to the stars? Will the X-Men be able leave Limbo and go home? We will find out here in the conclusion of what has been a very good event comic. 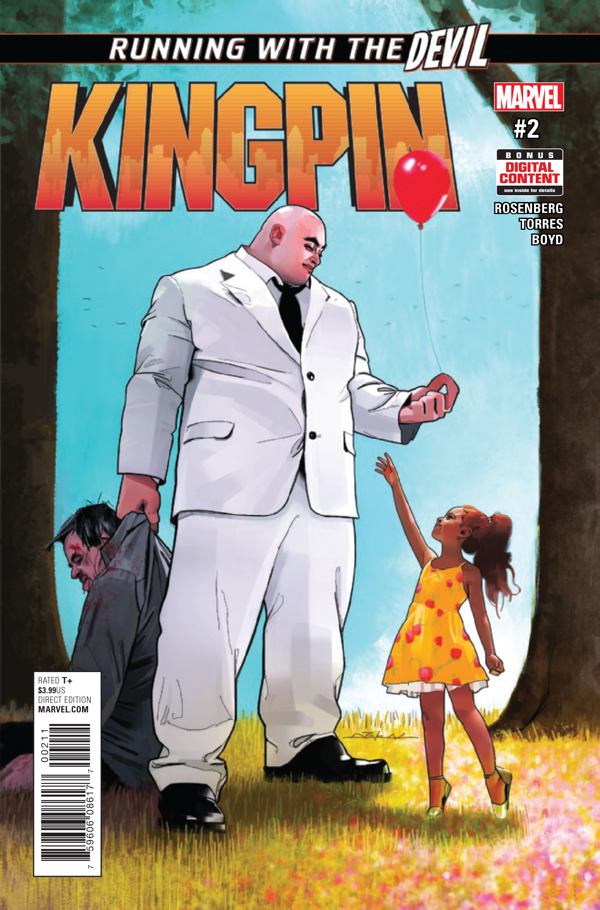 IF YOU THINK YOU KNOW WILSON FISK, THINK AGAIN!

•  WILSON FISK’s criminal past has tarnished his public image, but to move beyond it, Fisk must face the demons of his past…and convince the world he’s changed!

•  Writer SARAH DEWEY has conflicted feelings about helping him turn over this new leaf…but is Fisk’s promise of complete transparency and a big (legal) pay day too good for Sarah to pass up?

•  This is the Kingpin in all his brutal honesty…the man, the murderer, the criminal…and the good Samaritan?!

Why It’s Hot: The first issue of Rosenberg and Torres’ Kingpin ongoing was featured in this column last month. In that entry I discussed how Rosenberg’s take on Fisk in the previous miniseries was the single best part of Civil War II, and that my excitement for the ongoing was sky high. I’m happy to say that the first issuE surpassed all my expectations. Rosenberg is well on his way to writing one of the definitive takes on the title character. Then you have Ben Torres channeling a bit of another famous Kingpin artist in Frank Miller, and the results were beautiful. 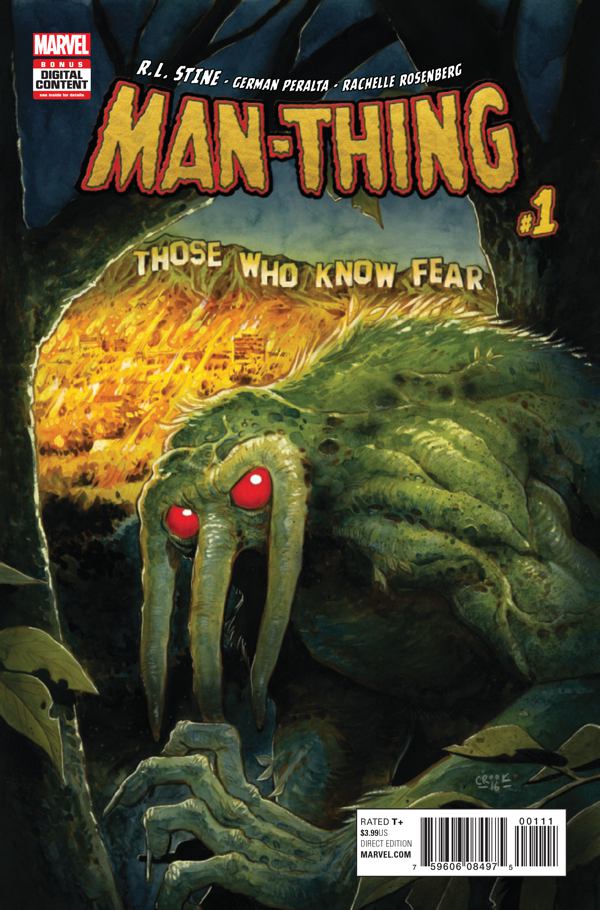 Beloved writer R.L. STINE (Goosebumps, Fear Street) brings his special brand of horror to MAN-THING!
After working for years, MAN-THING has regained his ability to speak and has taken Hollywood by storm…But when an ancient and mysterious danger threatens the swamp, Man-Thing is going to have to choose between his new life and celebrity, and the world he used to call home…

PLUS! A bone-chilling new horror story, written by the master himself, R.L. STINE, and illustrated by the incomparable Daniel Warren Johnson!
Parental Advisory

Why It’s Hot: For a certain generation, of which I’m a part of, R.L. Stine is considered a master of horror. With his Goosebumps series, Stine has introduced a countless number of kids to the horror genre over the years. Now this week the acclaimed writer is making his Marvel Comics debut with a series that should fit perfectly with his sensibilities. To be quite honest, I never imagined I’d be this excited for a Man-Thing comic.