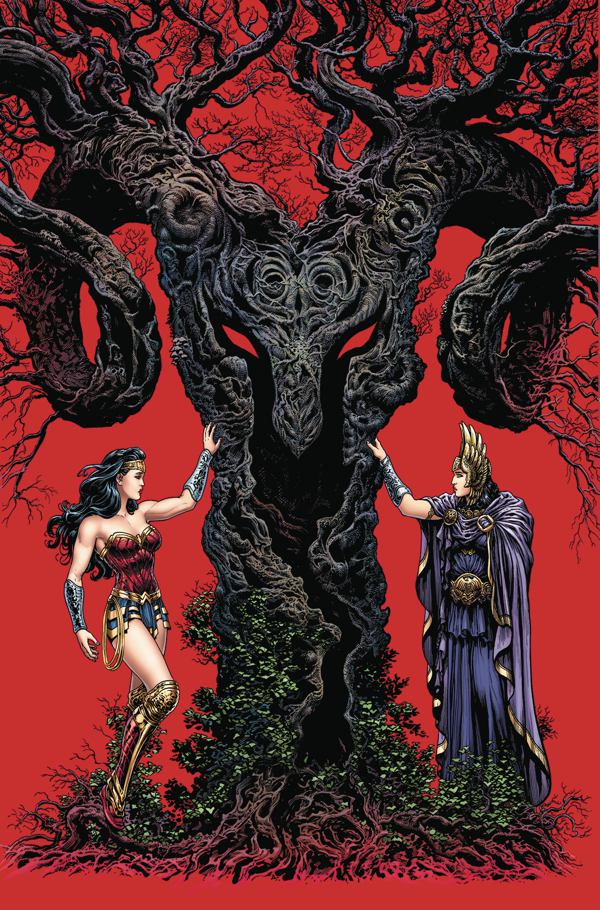 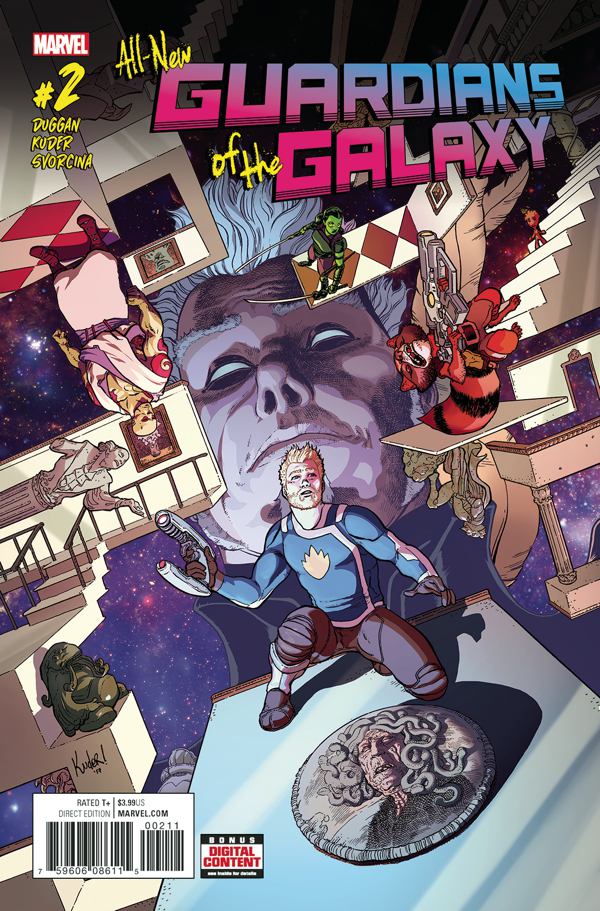 ALL NEW GUARDIANS OF THE GALAXY #2
Written by Gerry Duggan
Art by Aaron Kuder
Published by Marvel Comics – $3.99

The Guardians of the Galaxy have taken off into space once more, on their biggest and weirdest misadventures yet! Kicking things off with the biggest heist they’ve ever tried, we join Star-Lord, Rocket Raccoon and company as they blast their way through the galaxy, the peacekeepers of the Nova Corps hot on their tails. And once they find themselves caught in a war between The Collector and The Grandmaster, there will hardly be time to explain why Groot can’t grow any bigger, what Gamora is searching for or why Drax has sworn off violence! But don’t worry, we will – with a new twice-monthly schedule, All-New Guardians of the Galaxy has space for ALL your Marvel Cosmic needs!

Why It’s Hot: The first issue of All New Guardians Of The Galaxy was exactly the shot in the arm the franchise needed after Bendis’ 4 year run. It was time for a change, and the team of Duggan and Kuder delivered. It felt like Duggan’s entire body of work at Marvel was preparing him for this comic. Deadpool has the humor, Nova gave him experience in the cosmic side of Marvel, and Uncanny Avengers saw him stretch his muscles on a team book. The end result of all these different experiences was a damn good take on the Guardians Of The Galaxy. It doesn’t hurt that the great Aaron Kuder made the book look fantastic. This is a great creative team doing great work with one of the most popular superhero teams in pop culture today. If you haven’t been reading the Guardians’ adventures this would be an ideal time to start. 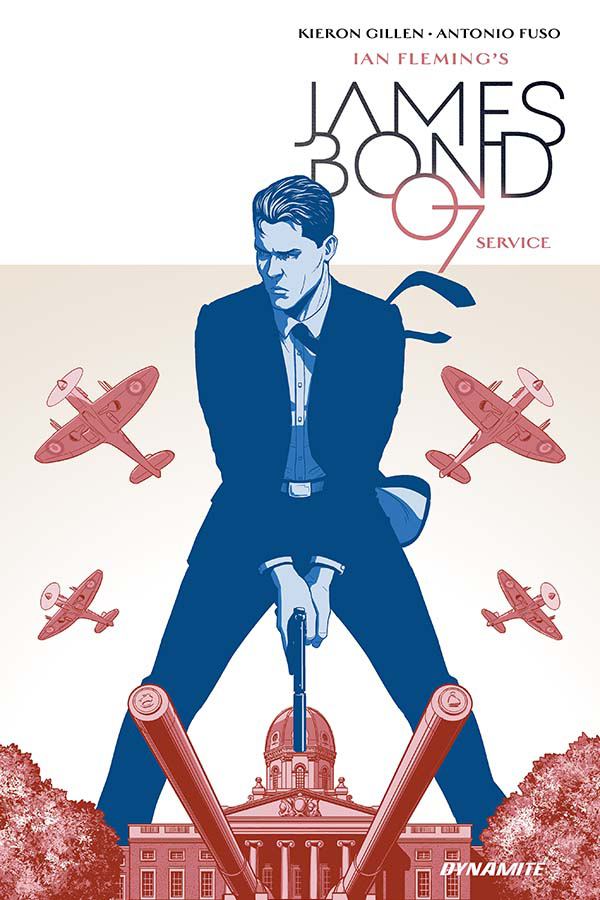 In contemporary politics, where Britain’s world standing is often more zero than 007, an assassin plans to exterminate the “special relationship,” and lead Britain and the United States into a very dark place…especially when he does so by aiming down the sights of an ancient Enfield rifle! It’ll test Bond’s deadly talents to their limits, in order to defeat the assassin and avert certain geopolitical disaster… A stand-alone, oversized special written by Kieron Gillen (The Wicked + The Divine, Darth Vader) and drawn by Antonio Fuso (Torchwood, Drive) with their thrilling take on the icon of espionage. Featuring a cover by Jamie McKelvie (The Wicked + The Divine)! 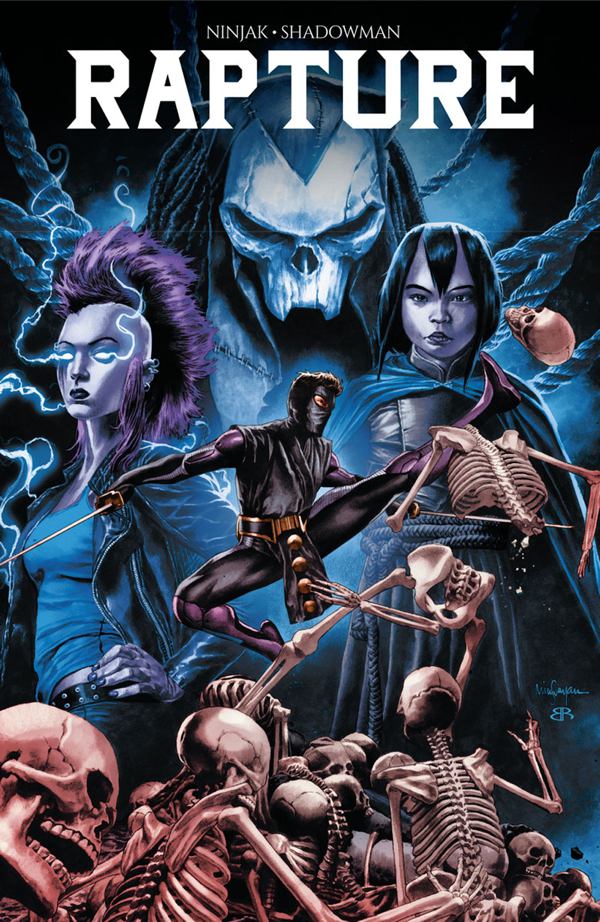 On a scarred landscape, two otherworldly armies prepare to battle one last time, vying for control of a massive tower named from an ancient language no longer permitted to be spoken. One army is led by a primeval force named Babel, whose goal is singular: to breach “Heaven” no matter the cost. The only thing standing in his way is a gray-haired barbaric warrior, filled with rage and regret, a man who sees this battle as his last chance for redemption. But he knows his depleted forces have little chance of victory unless aid comes. Enter Tama: A 12-year old girl on the crest of a hill overlooking the battle, who has just become humanity’s only hope. The last in an ancient line of mystics who protect the Earth, she has foreseen this battle and knows millions will perish if she’s unable to stop it. Now Tama and her ragtag team of malcontents – Ninjak, Shadowman and Punk Mambo – must somehow defeat an elder god hell bent on piercing the heavens.

Why It’s Hot: Matt Kindt may very well be the MVP of Valiant Entertainment, so when he launches a new series for the publisher readers should take notice. Actually, the ears of comic fans everywhere should perk up whenever Valiant launches any new series these days, as the publisher has been on a roll. Rapture promises to continue that trend, as Kindt writing a team featuring  Ninjak, Punk Mambo, and Shadowman has potential to be equal parts amazing and bonkers. 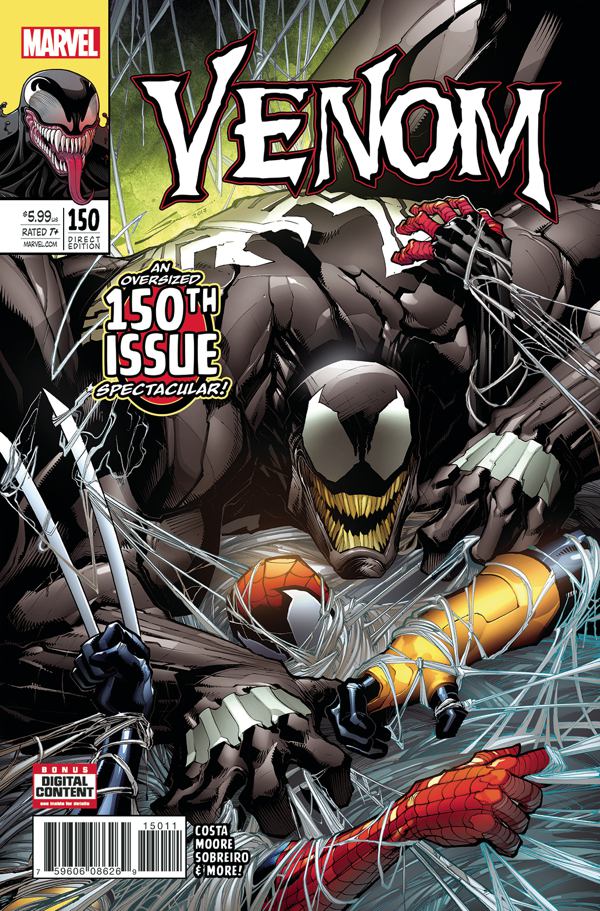 REUNITED, AND IT FEELS SO GOOD!

Or, feels so bad? However it feels, Eddie Brock and the Venom symbiote have been reunited, and they’re web-slinging their way around New York again. Featuring a host (hah!) of Venom creators from the character’s near 30-year history, this  monstrous anniversary spectacular welcomes guest artist TRADD MOORE for an oversized and brutal main story AND a lethal story featuring fan-favorite creators David Michelinie and Ron Lim, reunited! With questions still lingering about how the symbiote was separated from Flash Thompson, and what lies in its future now that it’s reunited with Eddie Brock, this is one issue you can’t afford to miss!

Why It’s Hot: Venom is arguably the most popular comic book character created in the past 30 years. From the moment the character was introduced in the pages of Amazing Spider-Man he has proven to be one of Marvel’s most enduring villains/anti-hero. Over the past few years his popularity has waned as the symbiote left Eddie Brock and found new homes with characters such as Mac Gargan, Flash Thompson, and most recently Lee Price. Well, the character’s return to legacy numbering for this anniversary event also sees the return of the most popular Venom. That’s right, Eddie Brock and the Venom symbiote are reunited, and it feels oh so good. On top of it all, with rumors that Marvel plans on returning to legacy numbering across their entire line of comics, this may be our first glimpse into what the future of the company holds.

“The Truth” part five! The conclusion to Diana’s search for the truth takes her on a journey into darkness. But the price of understanding may be one sacrifice too many for Wonder Woman…

Why It’s Hot: Greg Rucka, Liam Sharp, and company have proven to be an exceptional creative team whose work has taken the character of Wonder Woman to new heights in a limited amount of issues. The finale to The Truth also serves as the finale to the creative duo’s final story arc together, as Godwatch wraps up next issue, and Rucka’s entire run will be tied together in the grand finale 25th issue. So take the time this week to recognize, and appreciate what Rucka and Sharp have done together. I’m also going to assume that some pretty big stuff is going to go down in the final issue before Wonder Woman becomes the first female superhero to be the star of her very own movie. Needless to say, It’s a pretty good time to be a fan of the premiere female superhero. 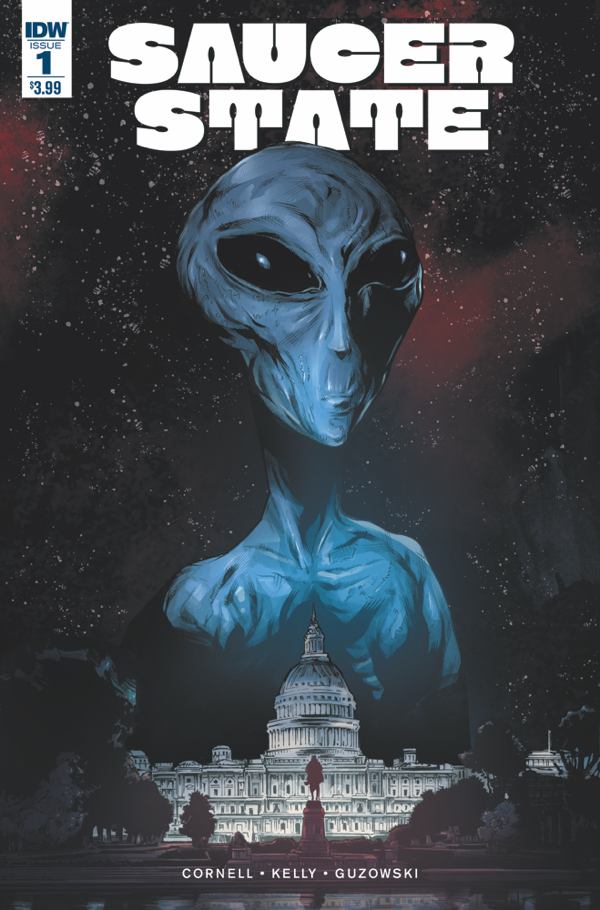 She was abducted by aliens. Now she’s the President. She’s going to use the power of that office to find out what really happened. But will they let her? Saucer State is the sequel to and the conclusion of the Hugo Award nominated Saucer Country. It’s House of Cards does The X-Files. It’s a bulletin from the brightest timeline. She will break the world to find who hurt her. And new readers can start here.

Bullet points:
•   Picks up where Saucer Country left off!
•   One of the very few mainstream comics to be nominated for SF’s prestigious Hugo Award!

Why It’s Shiny: A few years back Paul Cornell and Ryan Kelly created Saucer Country for DC Comics, and the Vertigo imprint. The book ran for 14 issues between March 2012 and April 2013 before being cancelled. It was widely considered that another great series had bitten the dust, and that would be that. That was until July when it was announced at the IDW SDCC panel that the series would be moving from Vertigo to IDW under the new name “Saucer State”. Now, almost exactly 10 months after the announcement, the first issue is seeing the light of day. If you like your politics with a dash of alien conspiracy (the best type of conspiracy to be honest) you will love this comic. The solicitation text says it all, as it does feel like X-Files crossed with House of Cards, and the previous comic was nominated for a Hugo Award. Let’s hope State finds the audience that Country deserved, and the series runs for even longer than the original.