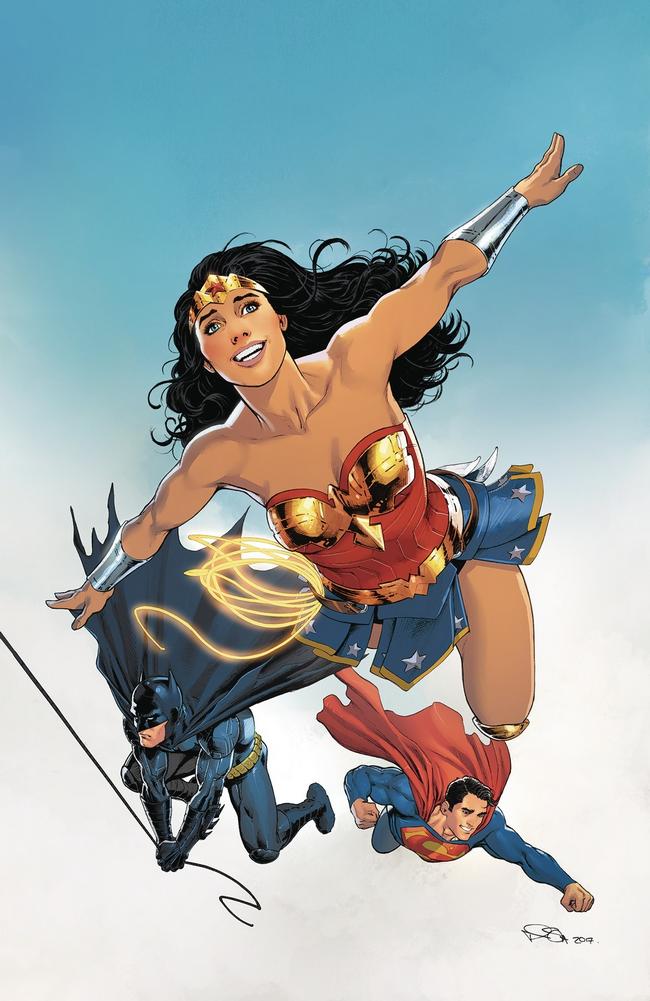 Note: With this week being the fifth week of the month, there aren’t nearly as many comic releases as usual. As a result, there will be no “Hidden Gem” this week, but it will make a triumphant return to kick off June next time around. 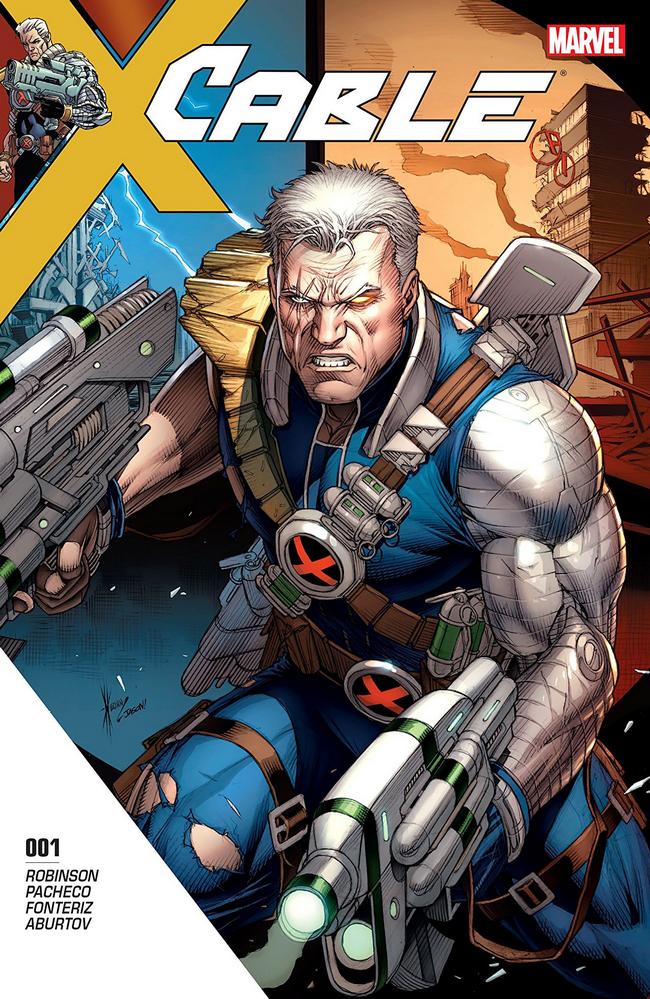 CABLE sees the mighty mutant return on a brand-new mission…with all of time in the balance!  When Cable picks up the trail of a threat in the timestream, he sets off on a high-speed, history-spanning chase to save reality as we know it. From prehistory to modern day, whether it’s a six-gun duel at high noon or a high-tech sword fight in an ancient land, Cable is the only man who can keep history from unraveling!

Why It’s Hot: I started reading comics in 1995. With that said, it should make sense that Cable is my favorite character, James Robinson is one of my favorite writers, and that Carlos Pacheco has been one of my favorite artists for years. So I’m excited for this book, and I’m sure many of you are for similar reasons. Why should everyone else be excited? Well, Robinson’s been on a hot streak lately, as his Nick Fury has been one of the best comics of the last few months, Pacheco is one of the best artists in the business, and the concept of Cable’s new mission sounds like a lot of fun. If Robinson and Pacheco can do for time travel what the scribe and ACO have done for spycraft in Nick Fury, this has potential to be another winner for the Resurrexion line of comics. 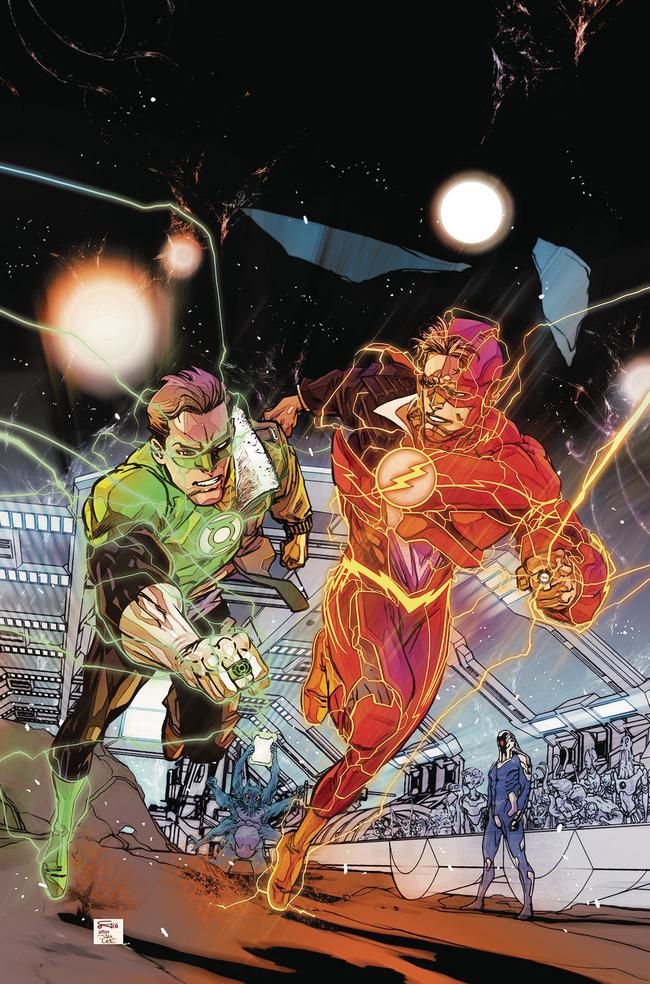 “RUNNING SCARED” prelude! Barry Allen is at a crossroads. He’s lied to the woman he loves about his life as The Flash, and a rift is growing between him and his heroic young partner. Now, his greatest enemy has threatened to strike down everyone close to him! It’s time to make a tough choice that will launch The Flash into his most incredible mission yet: a siege on the 25th century stronghold of Eobard Thawne!

Why It’s Hot: We are fresh off of The Button, and The Flash is one of the hottest comics in all of the land. Williamson and Di Giandomencio have to make a strong case for new readers to stick around after the crossover with Batman, so I’m expecting the creative team to put their best foots forward with this week’s new issue. 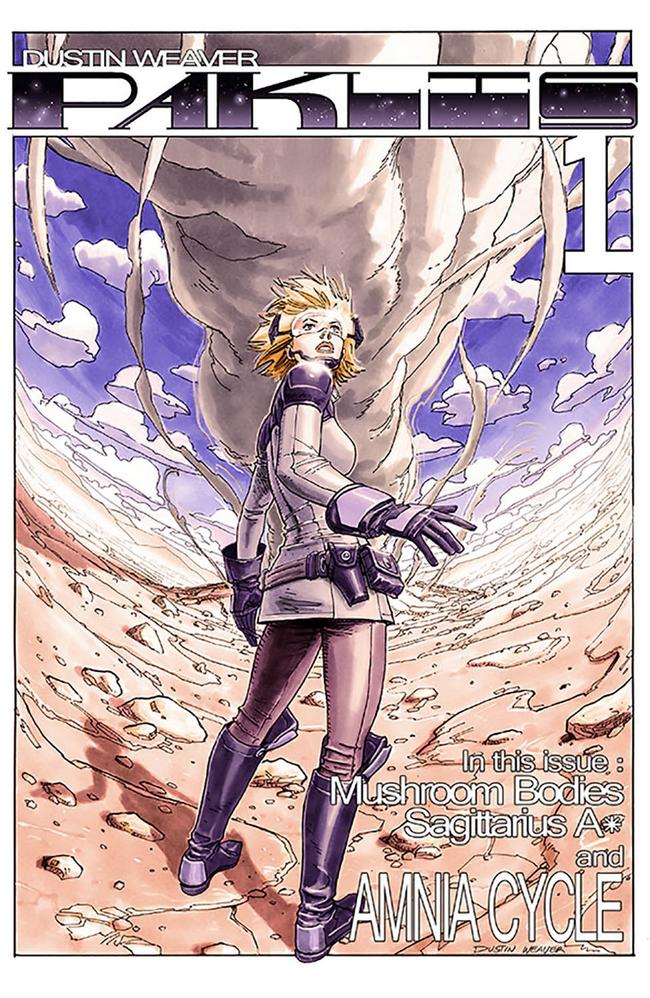 Do you accept the life you’ve been handed, or do you step into the unknown, even as it leads you into the shadows? In this new anthology series from writer/artist DUSTIN WEAVER, the characters in three mind-bending stories find themselves faced with this question.

In “MUSHROOM BODIES,” Greg struggles with knowing what’s real and fears becoming complacent in a world of human insects.

In the first installment of “SAGITTARIUS A*,” war hero Linus Rad is on a mission to the center of the galaxy to learn the dark secrets of his dead father’s scientific experiments.

In the first chapter of “AMNIA CYCLE,” Tara, a young Jet-Wing pilot, goes AWOL in the war against the Nuriel in order to help Amnia, a mysterious alien with no memory of where she came from and a desperate need to stop a terrible disaster! When Amnia disappears, it sends Tara on an adventure into the Shadow Zone.

Step into the unknown. Journey into the shadows. There you’ll find PAKLIS.

Why It’s Hot: Dustin Weaver is one of the most talented artists working today, and the new anthology series, Paklis, is all Weaver all the time. Pulling from different genres like horror and science fiction, the first issue is held together by the consistent quality of Weaver’s storytelling. I hope this comic finds the audience it deserves, as it is absolutely stunning at times. If you’re on the fence about the series make sure to flip through a copy at the LCS before making a decision. Chances are you won’t be putting that copy back on the rack. 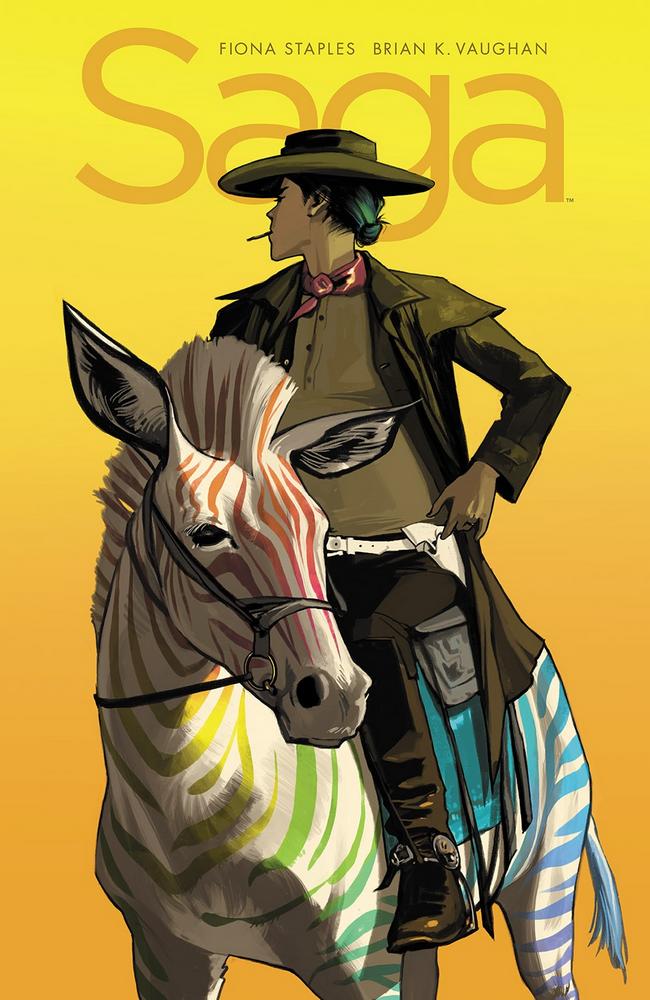 SAGA returns monthly with a brave new direction, and to celebrate Image’s 25th Anniversary, this full-sized issue costs just 25 cents! In a perfect jumping-on point for first-time readers, Hazel and her star-crossed parents embark on a thrilling new adventure at the westernmost edge of the universe.

Why It’s Hot: One of the best comics going today returns with a brand new arc. Oh yeah, to celebrate Image’s 25th anniversary the issue is onky a quarter. There’s practically not a single reason why you shouldn’t pick this comic up. This is especially true for those that haven’t had the chance to read the series, and want to see why it is so highly regarded. It doesn’t get much better than a full sized issue of BKV and Staples for $0.25

WONDER WOMAN ANNUAL #1 will feature four tales by a variety of artists and writers including the team behind “Year One”!

First, in the days after “Year One,” Diana comes face to face with Superman and Batman for the first time in a story by writer Greg Rucka and artist Nicola Scott.

Then, Wonder Woman has to go to the nation of Markovia and stop King Shark from being executed for a crime he did not commit in a story by writer Vita Ayala and artist Claire Roe.

In the third story, an old ally of Steve Trevor’s has summoned Wonder Woman to his village to save it from his cursed monster form. This story is written by Michael Moreci with art by Stephanie Hans.

And in this annual’s final tale, Wonder Woman assists A.R.G.U.S in bringing down a large Kaiju monster that’s on its way to the American coastline but will Wonder Woman change alliances once the monster starts speaking a language she understands? This story is written by Collin Kelly and Jackson Lanzing with art by David Lafuente

Why It’s Hot: Here I thought we wouldn’t be getting any new Greg Rucka/Nicola Scott Wonder Woman stories for the foreseeable future. Not only do we get  one last story by the two before Rucka leaves the series, but it’s about Diana’s first meeting with Clark and Bruce! That alone would be worth the price of admission, but DC is looking to give readers the most for their $5. On top of the lead story we also get three more stories from three more extremely talented creative teams. Between this, and that small little indie movie coming out Friday It’s a great week to be a Wonder Woman fan.