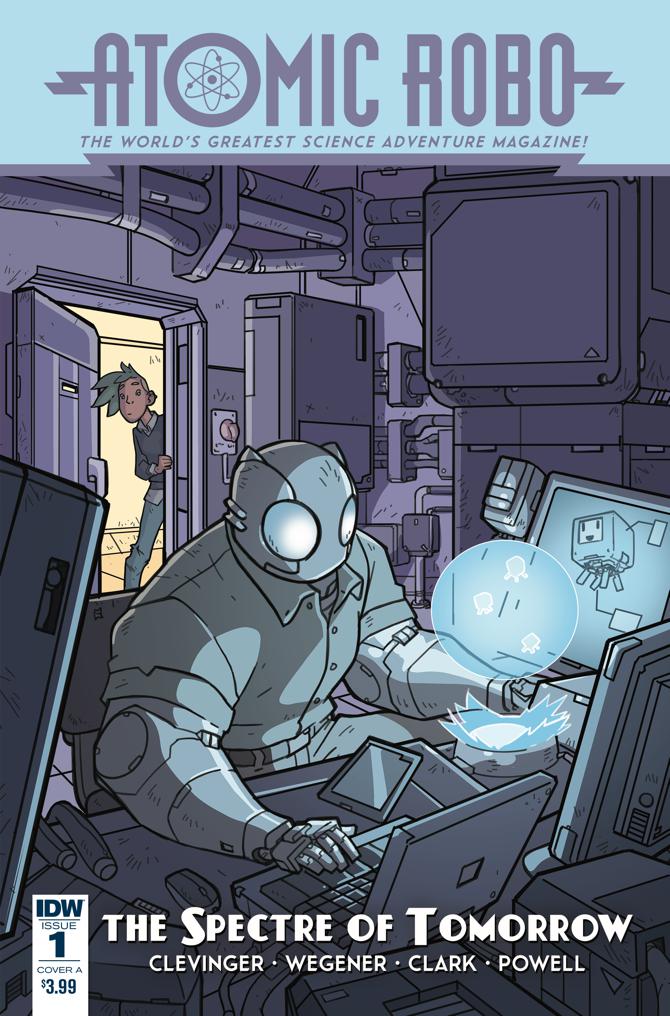 Remember those carefree days when the world was only imperiled by things like giant mutants from the sea or the occasional mad scientist dinosaur? Now it’s 2017 and everything’s horrible all the time! But that’s why Atomic Robo is setting up the new Tesladyne Institute in the badlands of New Mexico’s Jornada del Muerto desert with Sir Richard Branson’s Spaceport on one side and Elon Musk’s Solar Farm on the other. With neighbors like these, who needs to uncover an insidious plot that threatens the lives of everyone in the world?

* Celebrate 10 years of Atomic Robo by jumping on this brand new story!

Why It’s Hot: Atomic Robo is back! Brian Clevinger and Scott Wegener’s fan favorite indie series begins a brand new story almost ten years to the day after the very first issue was released. Not only is this celebrating ten years of wild adventures starting everyone’s favorite Nikola Tesla built robot, but it serves as a perfect jumping on point for new readers. Pick this up in print, and head over to atomic-robo.com and legally read the entire ten year’s worth of stories online. It’s well worth it, but make sure you have the time before being sucked in! 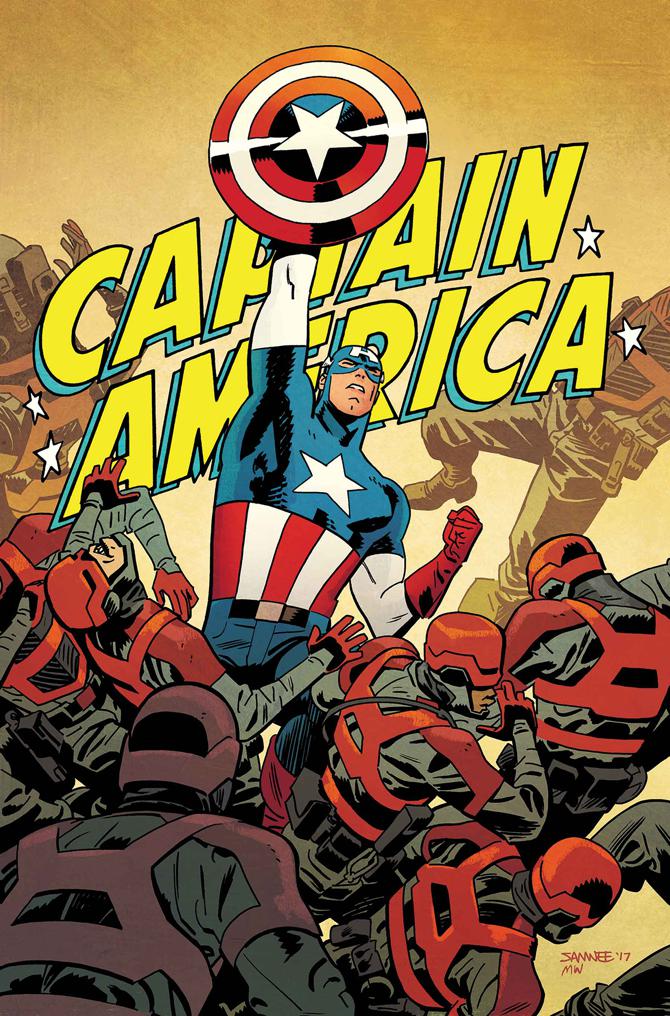 HOME OF THE BRAVE  Part 1
HOME OF THE BRAVE begins – and Steve Rogers is back in action in the red-white-and-blue! Steve begins a journey across America to restore his tarnished reputation – and the dangers he encounters along the way are unlike any he’s faced before!

Why It’s Hot: Mark Waid returns to the pages of Captain America, and brought Chris Samnee, one of the best artists in the business, with him. That’s right, the creative team responsible for the stunning most recent volume of Black Widow,  and one if the greatest Daredevil runs of all time are bringing their talents to The Sentinel Of Liberty. I can’t think of a better comic for this great creative team to tackle. 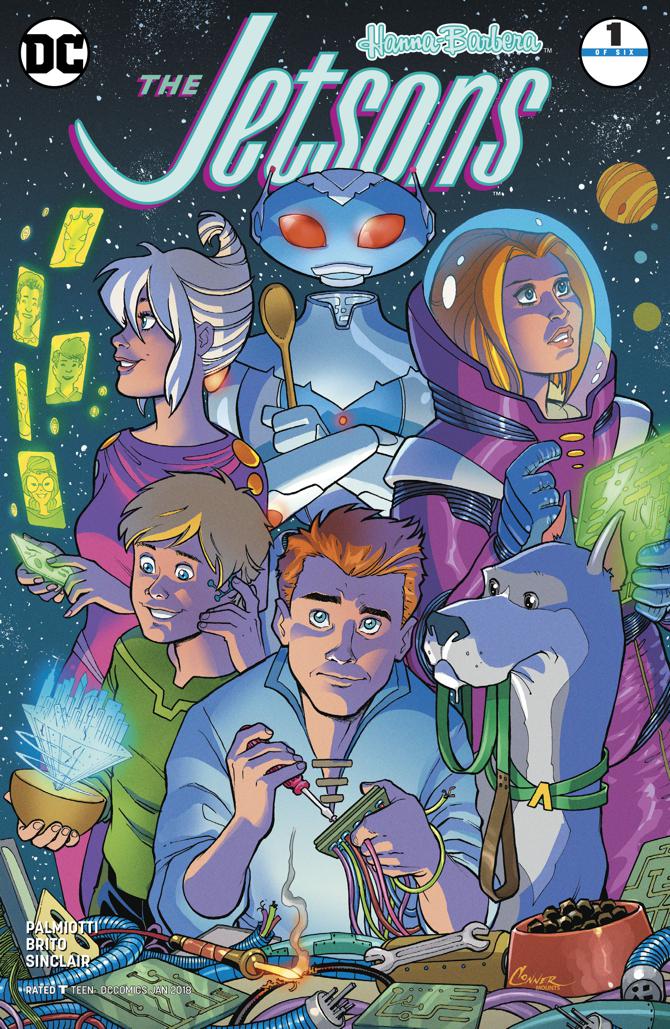 Meet George Jetson, a family man living an analog life in a digital world. His wife, Jane, is a brilliant NASA scientist working off-world at a conference, his daughter Judy is a social butterfly trying to discover her calling, and his boy Elroy is either doing homework or using robotic technology to break the rules. Strangest of all, George’s mother has downloaded herself into Rosie the robot! Join this postmodern family as doom rockets toward them from the outer reaches of the galaxy on a crash course of destruction!

Why It’s Hot: After the creative success that DC had with The Flintstones, it only makes sense that the Jetson Family would be next in line. After the stunning reveal in the backup story of Booster Gold/Flintstones Special, the creative team of Jimmy Palmiotti and Pier Brito continue to put a whole new spin on these classic characters. 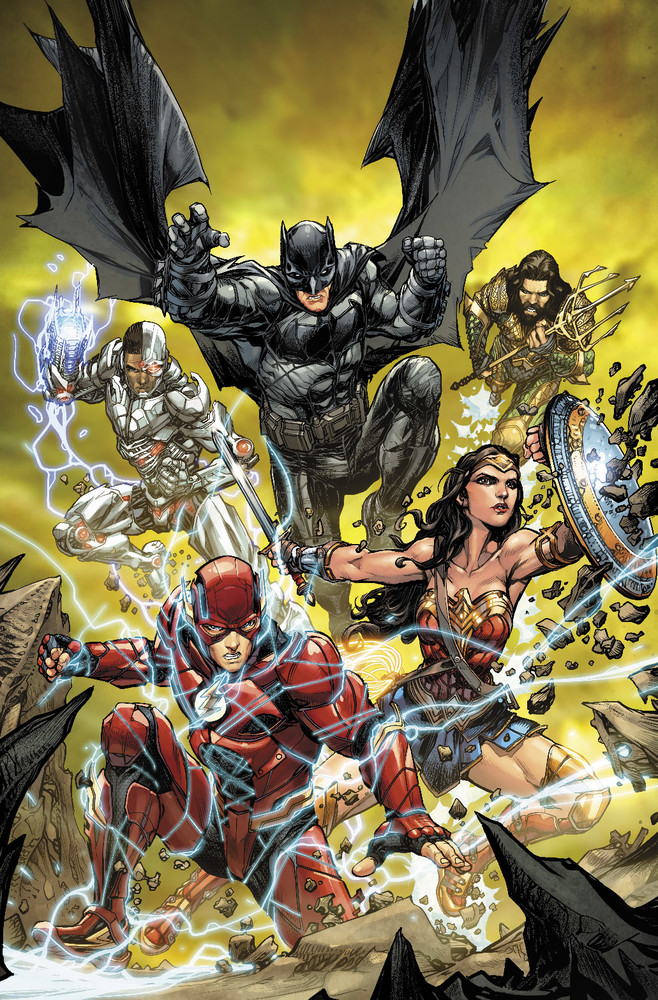 A METAL tie-in! “BATS OUT OF HELL” part two! The Justice League have been separated by the dreaded Dark Knights and are forced into twisted Bat-Caves designed to kill them! The Batman Who Laughs and the Murder Machine experiment on Cyborg, seeing how he reacts to the horrors of the Dark Multiverse! Can the Justice League survive their worst nightmares made real?!

Why It’s Hot: I’ve been heaping praise on the Dark Nights: Metal tie-ins, and the current Bats Out Of Hell continues the trend. As the Justice League individually face off against their Dark Knight counterpart, the action continues to shine. The big draw here is former Wonder Woman artist Liam Sharp getting to draw all of these characters in big fight scenes. The art does not disappoint one bit. At this point anything with the name Liam Sharp on the cover is a must but. 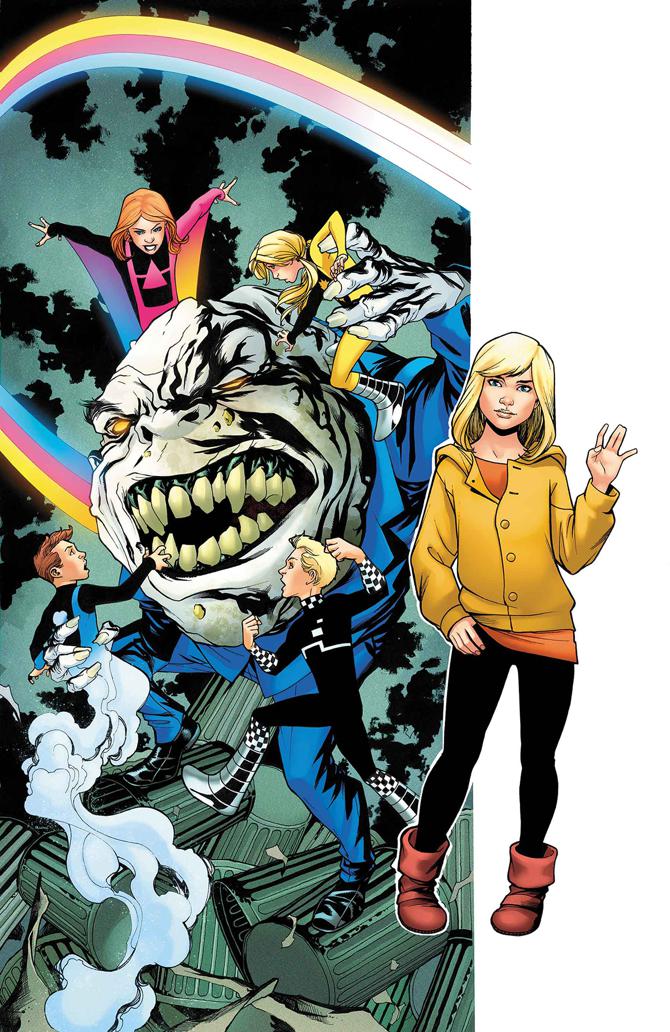 WHERE IS POWER PACK?  Part 1 (OF 1)
In a twist of fate, four children gained incredible powers. And in a universe full of war-hungry aliens and terrorizing gangsters, they would need them. Thus Power Pack was born! But when an enemy from the past rears its head again, the youngest Power finds herself in a body-snatching nightmare! Big brother Alex better come around – or Katie is toast!

Why It’s Hot: The Marvel Legacy one shots are here, and it’s time to revisit the Power Pack kids! A few things stand out about this issue. First, anybody that has read anything featuring the Future Foundation knows that Alex Power is counted among their ranks. Will we get any hints about what lies ahead for the FF, and by extension the Fantastic Four? Second, Devin Grayson is back! She was one if the most prolific writers in comics during the early part of this century. While she spent most of her time in and around Gotham City, the veteran scribe dipped her toes in the Marvel waters. Hopefully this serves as the beginning of her return to prominence.