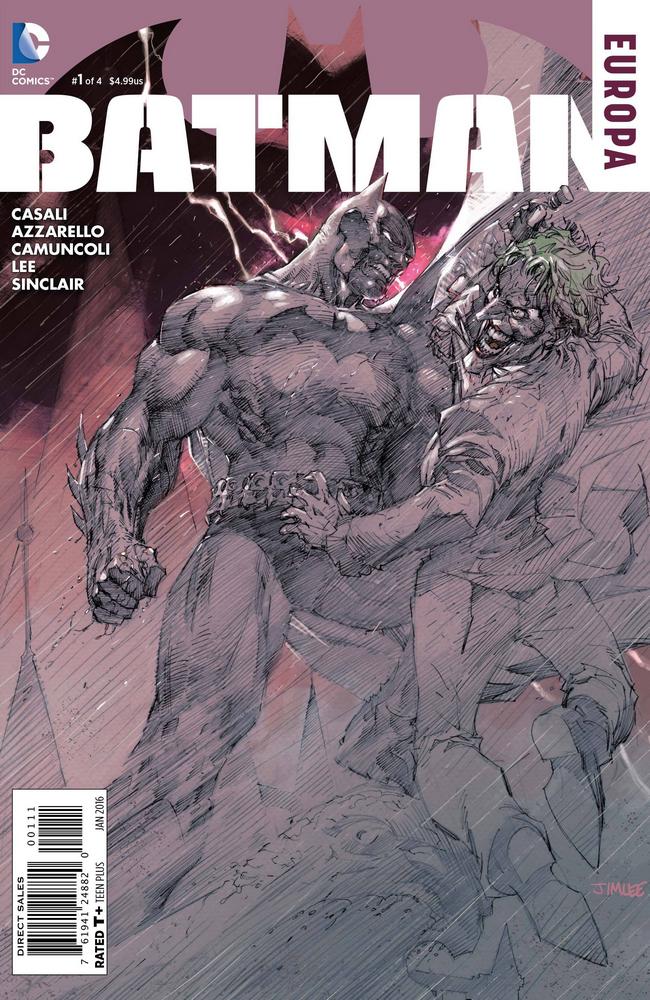 Superstar artist Jim Lee returns to the Dark Knight with this premiere issue! The impossible has happened and Batman is on the verge of being taken down by an enemy he cannot defeat: a virus for which there is no cure! And the only hope for his salvation is The Joker! Who infected Batman, what does the Clown Prince of Crime know, and how will the Dark Knight get that information? Together, the enemies crisscross Europe, desperate to find answers before time runs out.

Co-conceived by Matteo Casali and Brian Azzarello, this 4-issue miniseries event will feature art by top talents over layouts by the incomparable Giuseppe Camuncoli (HELLBLAZER, Dark Wolverine), with the first issue pencilled and inked by none other than Jim Lee!

Why It’s Hot: Is this actually happening? Years after it first appeared in DC’s solicitations, the first issue of Batman: Europa is finally here. I must say that it sure looks as good visually as we were promised when it was first announced. Oh, and there’s a guy working on it named Jim Lee, and you might say that his past work on The Dark Knight has been just a little bit popular. 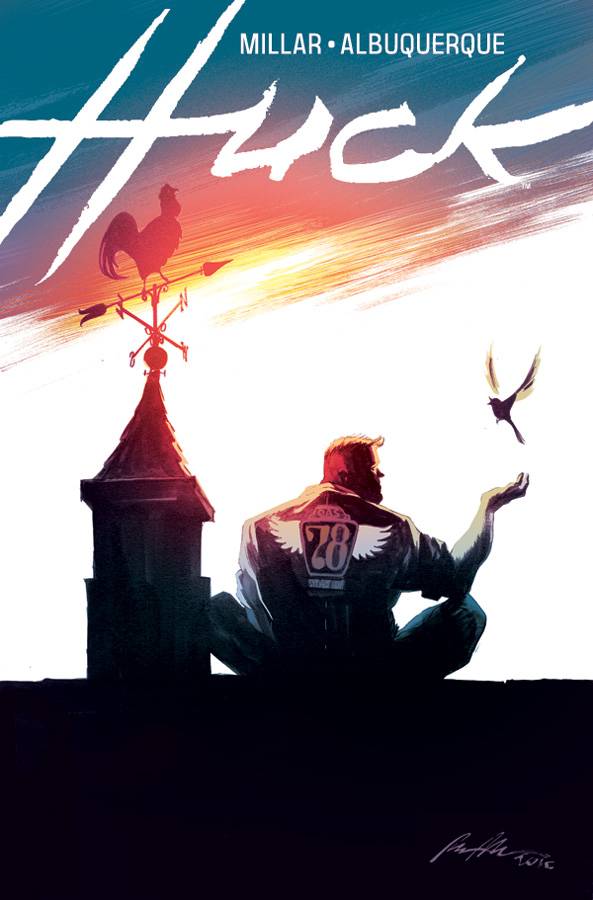 In a quiet seaside town, Huck uses his special gifts to do a good deed each day. His neighbors return the favors by keeping his abilities a secret. But when a newcomer alerts the media, a firestorm erupts, sending Huck on an adventure that will change everything. This brand-new series from writer MARK MILLAR and artist RAFAEL ALBUQUERQUE presents a comicbook unlike anything you’ve read before. Featuring a Feel-Good Movie variant cover by RAFAEL ALBUQUERQUE.

Why It’s Hot: As I’ve said several times over the past year, Mark Millar is on one of the hottest stretches of his career. He has roped in some of the best artistic talent in comics to bring to life on the page some of the best scripts of his career. Huck is no different, as Rafael Alburquerque is the latest superstar artist to join the Millarworld family. If you’ve been a fan of what Millar has produced lately then you have reason to be excited.

The internationally-beloved, butt-kicking, smack-talking, most adorable super hero makes her triumphant return. Look out world, Kamala Khan is back and officially an Avenger! Yup, the dream to end all dreams has happened for Kamala. She’s toe to toe with the best of the best, but will being one of Earth’s mightiest heros be everything she imagined? Is being a celebrity hero as wonderful as Kamala has hoped?
Plus: WHO IS THAT WITH BRUNO?? Welcome back, Kamala Korps. We missed you!

Why It’s Hot: Kamala Khan, and the gang are back for a brand new All New All Different Marvel series. G. Willow Wilson, and her team of artists have created one of the most popular new characters of the 21st century. There’s a good reason why, and if you haven’t been reading the adventures of Ms. Marvel then tomorrow is a good time to start.

Jessica Drew is a private investigator, a super hero and… a mom to be? Since we last saw her, Spider-Woman’s got a whole NEW responsibility — she’s super heroing for two now, after all! Ben Urich and Porcupine are still along for the adventure, too, and aren’t making Jess’ life any easier – half the time they won’t even let her leave the car! How’s a gal supposed to save innocent people and keep herself out of harm’s way? See how in the mother of all Spider-Stories!

Why It’s Hot: The work that Dennis Hopeless, and Javier Rodriguez have done with Jessica Drew prior to Secret Wars was second to none, and helped turn Spider-Woman into one of Marvel’s best titles. Now the critically acclaimed creative team kicks off Jessica’s All New All Different title with perhaps the biggest shocker of the ANAD’s eight month time jump, and it’s something I’m excited to see unfold. 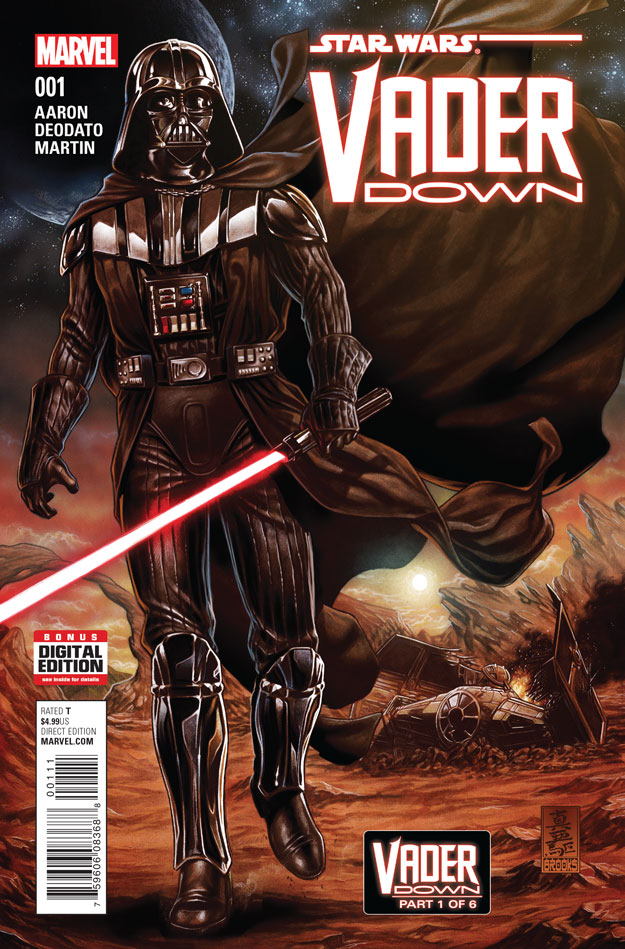 When Darth Vader accidentally finds himself facing off against the Rebel Fleet on his own, the rebels will learn the true strength of the Dark Side of the Force! Once Vader crashes on a nearby planet, the Rebellion is willing to risk everything for this once-in-a-lifetime chance to take out one of their biggest enemies! Luke! Vader! Leia! Aphra! Han! Chewie! And all manner of Droid, good and evil!

Why It’s Hot: The biggest comic of the month, as the superstar creative team of Jason Aaron and Mike Deodato kick off Marvel’s first Star Wars crossover event. This is the very definition of a “HOT” comic.