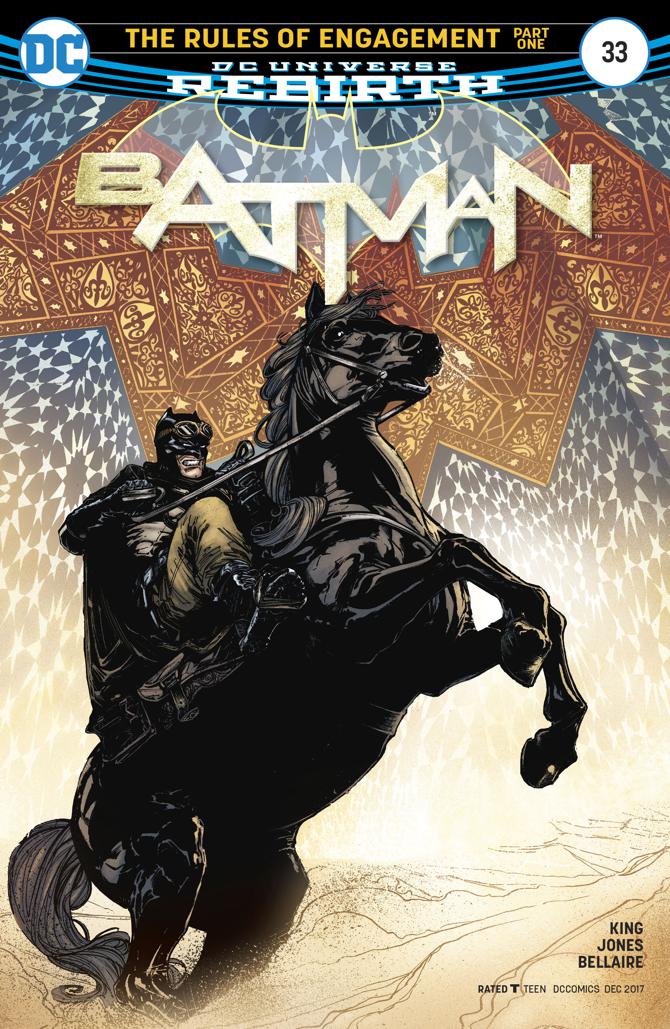 “A DREAM OF ME” part 1! Following his marriage proposal to Catwoman, Batman leaves Gotham City on a quest of renewal and redemption. As he travels and fights, he encounters members of his family-each disturbed by Batman’s journey, each ready to stand in his way, each ready to push back against Batman’s stubborn determination to evolve into something better than a superhero.

Why It’s Hot: Tom King’s Batman always seems to find its way on to the Hot Five, and this week is no different. Following the game changing last page to last issue, the amazing Jöelle Jones joins the art team. Her work is as stunning as usual. Hopefully this stint on the world’s most popular superhero propels Jones to well deserved superstardom. 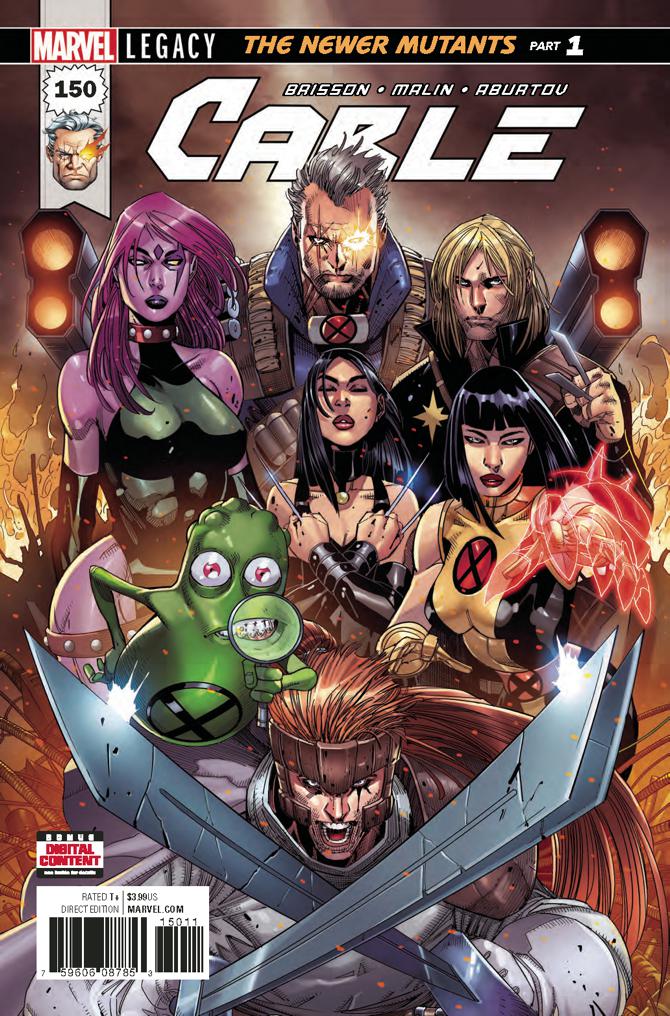 THE NEWER MUTANTS Part 1
The time-traveling mutant known as Cable has made it his one-man mission to preserve all of time itself.  But when a disturbance in the timestream sends Cable back to the recent past, he’ll find a mutant killer he won’t be able to handle alone. Cable’s led teams of X-Men before and he’ll have to turn to some old allies and new friends to stop this deadly threat. Get ready for the newer New Mutants!

Why It’s Hot: There are a lot of great comics this week, and this pick is a bit of a personal one. When I started reading comics as an eight year old kid in 1995 Cable quickly became a favorite. Over the past two decades he continues to be one of my favorites. Now Ed Brisson is bring together some of my other all time favorite Marvel characters under the leadership of Cable? Blink, X-23, Doop? Yeah, I think Ed Brisson might have written this comic for me, and Jon Malin ‘s art is perfect for some 90s nostalgia. This has all the potential to be a lot of fun for X-fans everywhere! 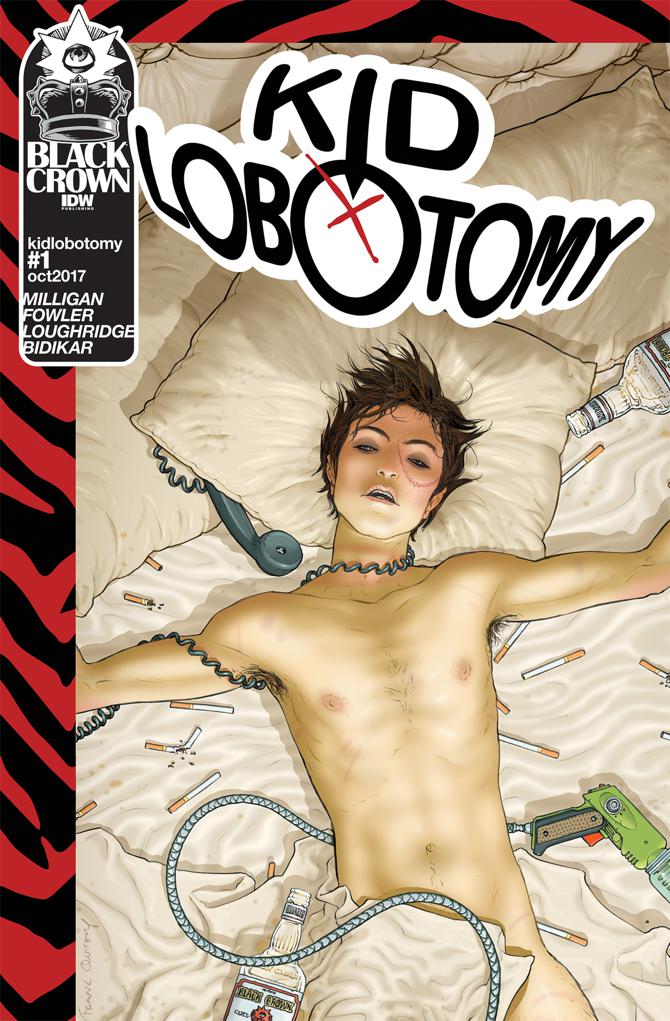 Kafka meets King Lear by way of Young Frankenstein in KID LOBOTOMY, a dark, demented, monthly satire that follows a dysfunctional family of hoteliers. Will sibling rivalry, seduction, and shapeshifting eventually lead to sanity or salvation?

Big Daddy is a rich hotelier who, in a cracked echo of King Lear, appoints his youngest descendant to manage The Suites, a peculiar hotel located behind the Black Crown Pub. Affectionately known as Kid, his good looks and swagger can’t hide a rough childhood of strange therapies and brain operations that have awakened inner demons and psychodramas. This of course makes him eminently qualified to perform lobotomies. A failed rockstar/successful madman gets one last change to prove his worth-and regain his sanity-by turning the hotel that was once his childhood sanctuary into a lucrative business, despite a host of obstacles-including his own sister-who would love nothing more than to see him fail miserably.

Kid Lobotomy is co-created/written by Peter Milligan (Shade, the Changing Man, Brittania, Hellblazer) and illustrated by Tess Fowler (Rat Queens) with “A” covers by Fowler, a “B” cover by Frank Quitely, and a retailer incentive cover by comics superstar Frank Quitely (Jupiter’s Legacy, We3)

Why It’s Hot: Shelly Bond’s Black Crown imprint is finally here! IDW gave the former Vertigo editor her own imprint to curate, and everything we’ve seen so far has made Black Crown one if the most anticipated comic projects in recent memory. Kicking things off for the new imprint is Kid Lobotomy from the great Peter Milligan, and fan favorite artist Tess Fowler. This comic is the closest thing resembling old school Vertigo on the stands right now, and that is a huge compliment. It is a weird comic featuring an extremely talented creative team handpicked by one of the best editors in the past quarter century of comics. IDW is starting something special this week, and you do not want to miss out. 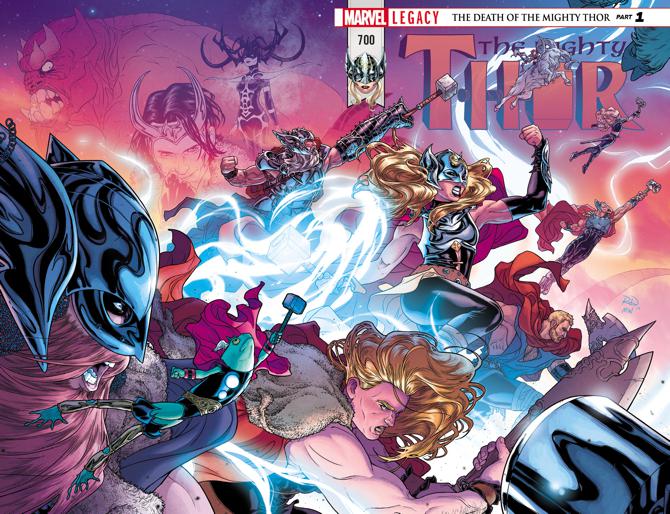 DEATH OF THE MIGHTY THOR Part 1
The final judgement comes as the Mangog arrives! The War Thor will meet the beast head on. But even the bloodthirst of this Ultimate Thor may pale in comparison to the might of the Mangog! The battle rages as Jane’s cancer takes a turn for the worse, and she might not have to wait for the final judgment at all. The clock is ticking, and no hammer can save her this time. It’s the beginning of the end that will lead to the most dramatic return in the Marvel Universe!

Why It’s Hot: Jason Aaron’s tales of The God Of Thunder’s adventures have resulted in one of the most consistent, and best comic book runs of the past few years. In many ways it’s all been leading up to this massive new story arc thats kicking off with a huge anniversary issue. Russell Dauterman continues to show why he’s arguably the best artist in comics today. He is joined on art duties by some new faces, and two of the best Thor artists ever. This should be real good. 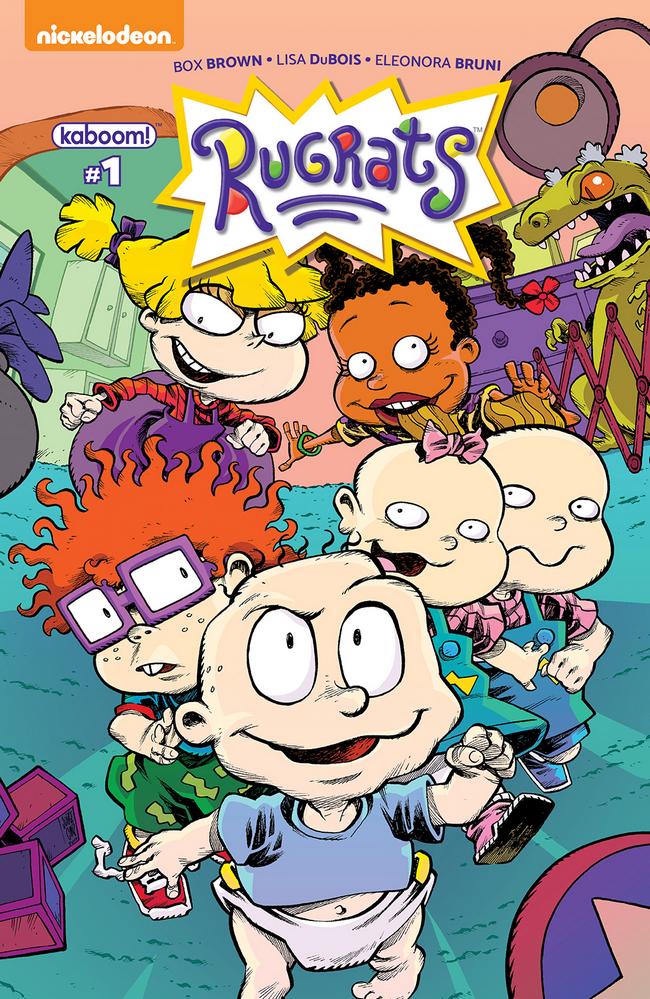 Hang on to your diapies, babies! We’re teaming up with Nickelodeon for all-new Rugrats adventures with the most intrepid toddlers to ever bust out of a playpen!

Tommy, Chucky, Phil and Lil have noticed something-they are being watched. Somehow their parents can see every little thing that they can do. They’re going to have to find a way to have fun while avoiding the electronic eyes of the babycam!