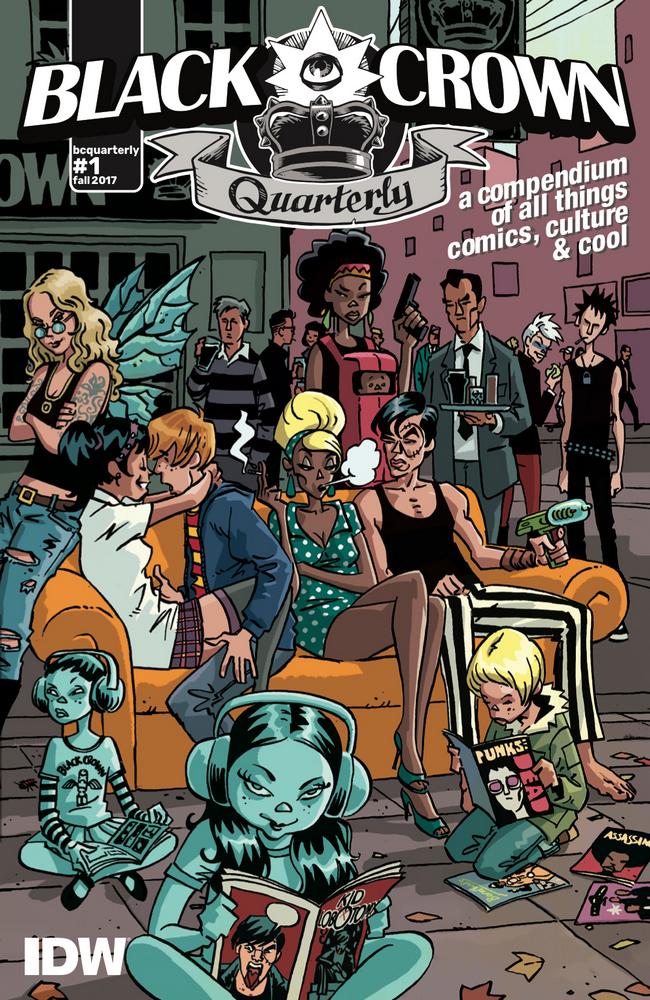 Everything you always wanted once a season is packed within these 48 pages including a two-sided pullout poster and a wraparound cover! Delight in regular continuing features like legit publications with literary pedigrees! It all begins with the 10-page regular lead feature, Tales From the Black Crown Pub starring Stacey the barmaid by Award-winner Rob Davis (The Motherless Oven). Recurring short features include Canonball Comics: an exquisite corpse that will not stay dead kicked off by Jamie Coe (Artschooled) and Swell Maps by respectably divine music journalist/novelist Cathi Unsworth. Plus: Space CUDets rejoice: Live from a posh retirement village for wannabee 4-hit wonders we have co-writers/bandmates Will Potter and Carl Puttnam and occasional artist Philip Bond. Plus Plus: Special previews, creator interviews and behind the panel border secrets from Kid Lobotomy, Assassinistas, Punks Not Dead and much, much more!

Bullet points:
•  Featuring a pull-out poster! One side is a street map, the other is Frank Quitely’s Kid Lobotomy #1 variant cover!
•  Plus, a wraparound cover by Rob Davis!

Why It’s Hot: Kid Lobotomy kicked off IDW and Shelly Bond’s Black Crown imprint in style last week. Peter Milligan, Tess Fowler, and everyone involved delivered an awesome first issue that reminded this reader of classic Vertigo. Now, a week later we are hit with the first super-sized quarterly issue from a large cast of talented creators. The issue may be expensive at $6.99, but you will get your money’s worth. Get on board with what will assuredly be comic’s hottest imprint! 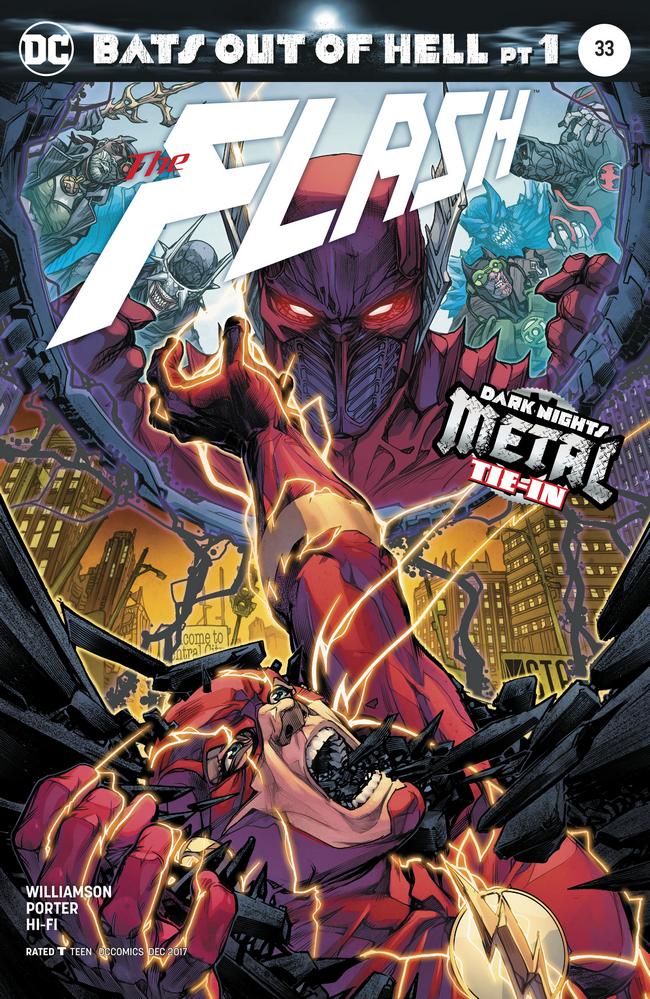 “BATS OUT OF HELL” part one! After the harrowing events of DARK NIGHTS: METAL #3, the JUSTICE LEAGUE has scattered around the world to find the only artifacts that can fight back against the invasion of the Dark Multiverse. The League thinks they know how to take back their world, but they are not prepared for who is standing in their way. The Seven Dark Knights of the Dark Multiverse. All the brilliance of Batman, but none of the morals. Barry Allen, The Fastest Man Alive, is the first to get a taste of their plan, as BATMAN: THE RED DEATH takes him on at the Fortress of Solitude.

Why It’s Hot: Dark Nights: Metal has been a really fun event so far, and unlike most universe wide events the tie-ins have been phenomenal. Fresh off the stellar “Gotham Resistance” that ran through several books last month, it’s time for “Bats Out Of Hell.” Kicking things off is the solid The Flash creative team of Joshua Williamson and Howard Porter. This should not disappoint! 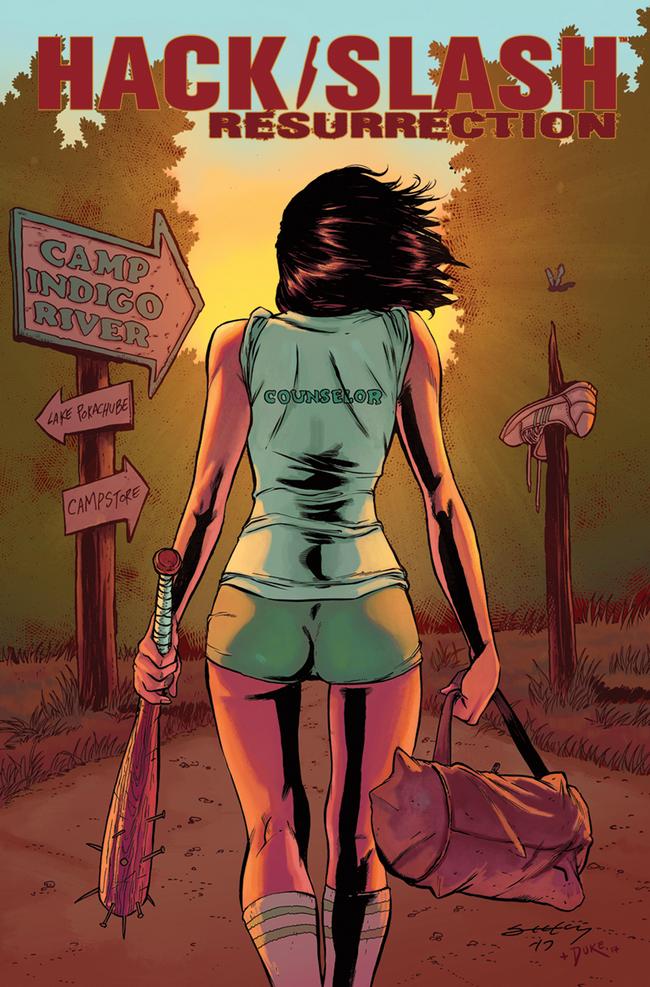 The fan-favorite title returns with hot new writer, TINI HOWARD!
Cassie Hack has been living off the grid, but when a new monstrous threat arises to torment promiscuous teens, it’s time for Cassie to pick up the baseball bat once again!
Gory, sexy, twisted, and funny…HACK IS BACK!

Why It’s Hot: Cassie Hack is back, and she’s brought some new friends to the party. Rising star Tini Howard comes on as the new writer, and fans of Tim Seeley’s long running take on the horror genre should be excited. For new readers this is your opportunity to jump in headfirst, and enjoy a perfect October comic. 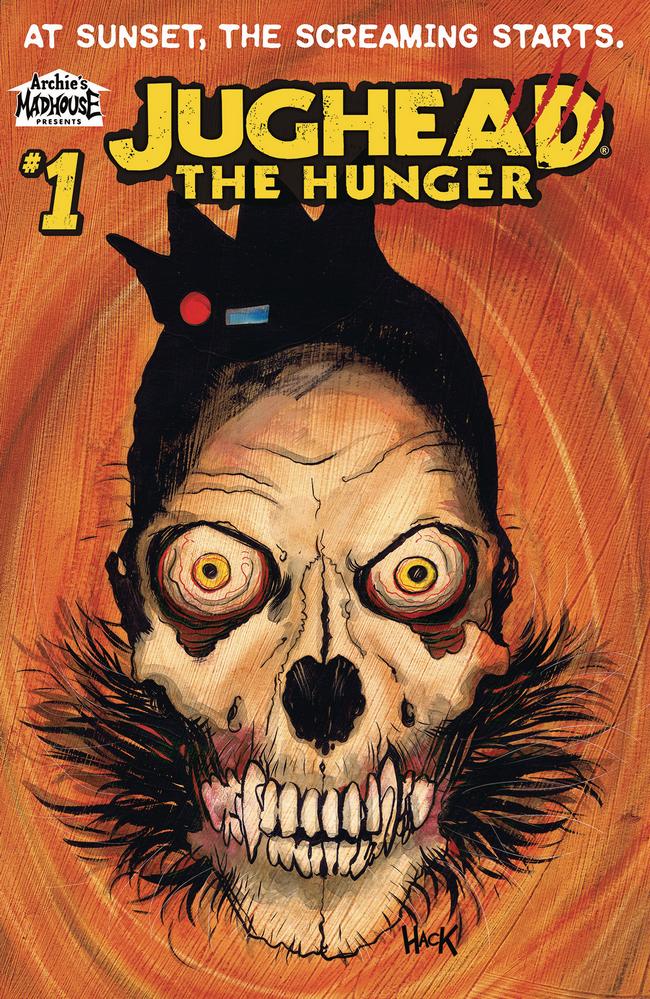 Brand New Series! Jughead Jones is a werewolf, and Reggie Mantle has fallen victim to Jughead’s monstrous ways. Now Betty Cooper: Werewolf Hunter along with Archie Andrews are hot on the trail of Jughead. For TEEN+ readers.

Why It’s Hot: Speaking of great October comics, Archie has been home to some of the best horror stories that comics have had to offer over the past few years. A new comic can be added to that list, as Frank Tieri, Pat and Tim Kennedy bring is Jughead: The Hunger. Jughead as a werewolf? It makes too much sense. 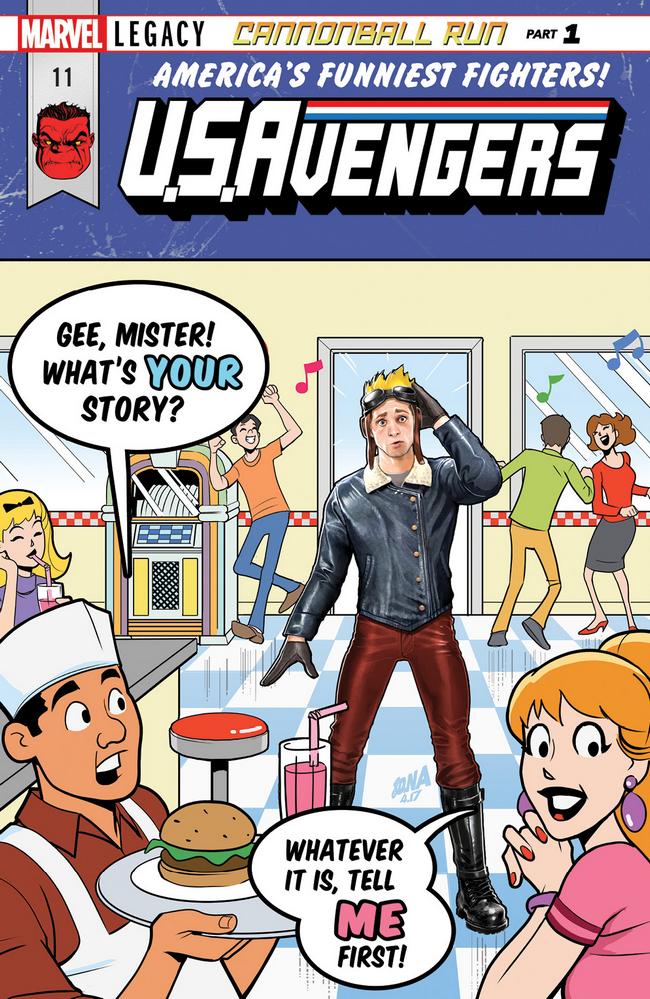 CANNONBALL RUN Part 1
The U.S. Avengers have a new mission-to find their missing teammate! Squirrel Girl, Red Hulk, Iron Patriot, and more head into outer space to find Cannonball! The search leads them to strangest planet of all…Glenbrook, U.S.A.! Home – and fiefdom – of Ritchie Redwood, America’s best loved teen! What shocking events will lead the U.S. Avengers to uncover the secrets of the seemingly idyllic planet of Glenbrook whose teenagers keep disappearing? And how will this lead them to Cannonball?

Why It’s Hot: Al Ewing is great. He’s arguably the best writer working for Marvel at the moment, and definitely the most underrated. As we gear up for Avengers: No Surrender in January, Al Ewing is out to show that there’s still some great U.S.Avengers stories to be told. It’s time to find out what happened to Cannonball after the events of Secret Empire. How far will the team go to get one of their own back?