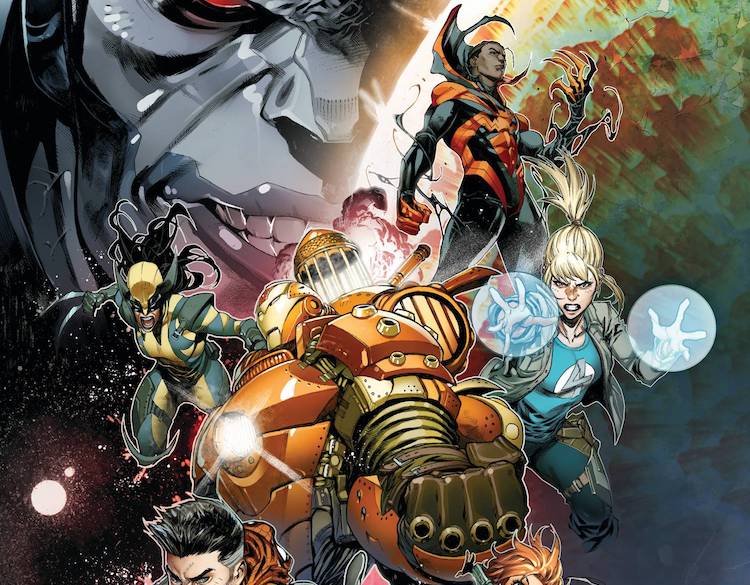 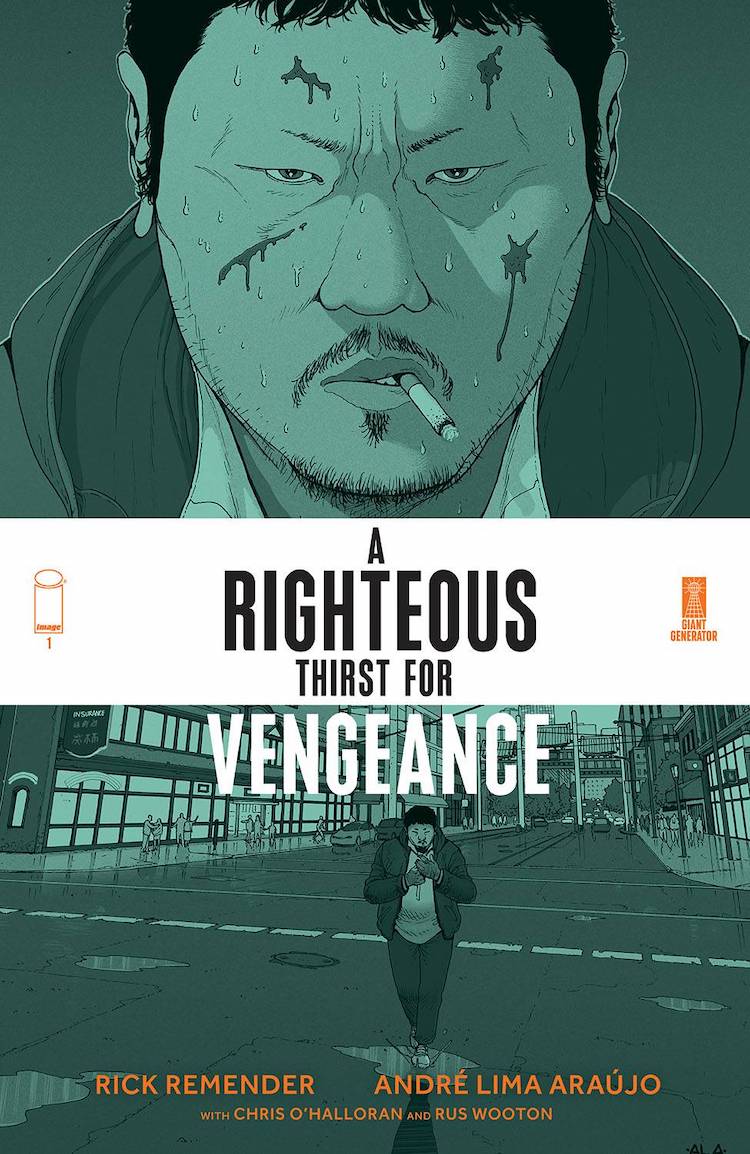 A NEW ONGOING CRIME SERIES from the writer of DEADLY CLASS!

When an unassuming man stumbles upon a dark-web contract assassin’s vicious plot to kill an innocent target, he turns himself into one. The Professional meets Road to Perdition in this story of a family’s unlikely guardian being hunted by rich and powerful men who are used to getting away with everything.

Why It’s Hot: A new Rick Remender series from Image Comics is always worth checking out, and A Righteous Thirst For Vengeance is no exception. This slow and simmering story might make some blink, but the pressure mounting as pages turn, and the art looking amazing more than makes up for it. The veteran scribe has been known to tap some of the best artists in the business to work with him, and that trend continues with André Araújo, who is probably best known around these parts for his work on Avengers A.I. for Marvel. This is the best I’ve ever seen his art look. This comic is a bit quieter, a bit subdued, and this allows for Araújo’s art to shine like never before. Yeah, if you’re a Remender fan this is a must read, and anybody else looking for something a bit different should check it out. 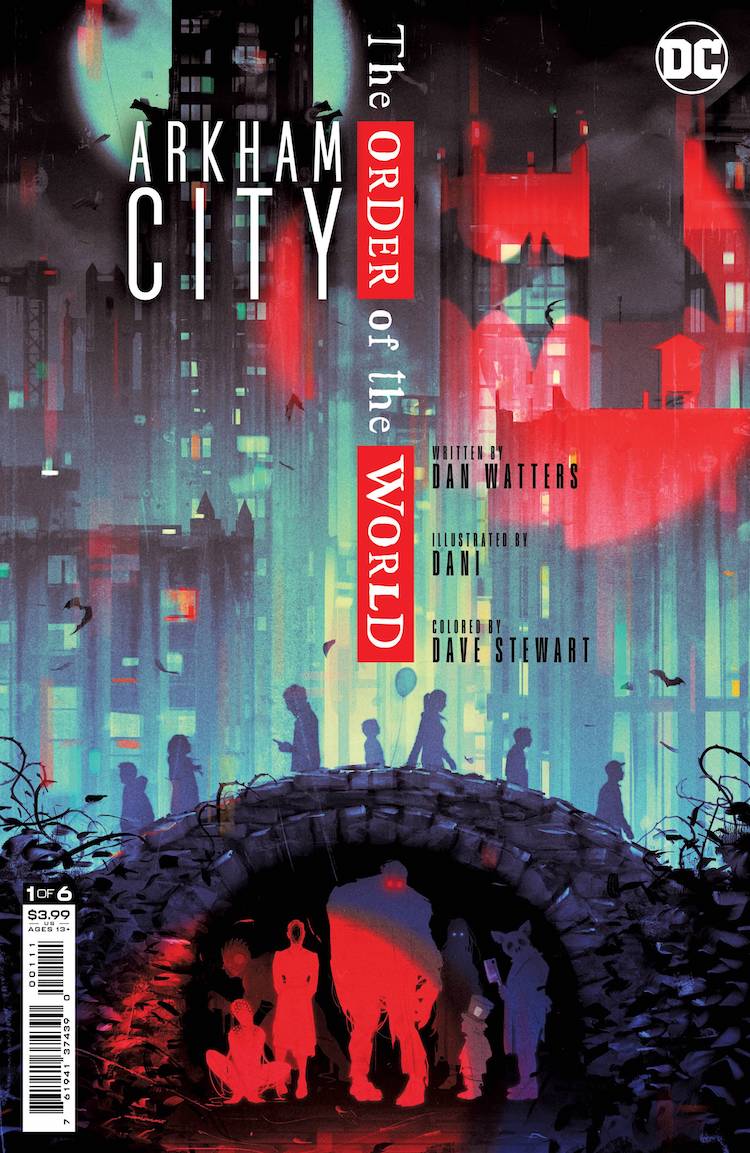 ARKHAM CITY: THE ORDER OF THE WORLD #1
Written by Dan Watters
Art by Dani & Dave Stewart
Published by DC Comics – $3.99

The Joker’s attack on Arkham Asylum left the long-standing Gotham establishment in ruin, most of the patients killed or missing, and only a handful of surviving staff—a few nurses, a gravely injured security guard, and one doctor. In the chaos of the assault, it is believed that several of the asylum’s patients escaped and scurried off into the dark nooks and crannies of Gotham City. Now, these Arkhamites walk among us, and it’s up to the Asylum’s one remaining doctor, Jocasta Joy, to round up her former patients.

Meet these Arkhamites: a woman with no face, a pyggy in search of perfection, a man who feels nothing and burns everything, a woman who must devour life to save herself, a man unfit for the waking world who looks instead for Wonderland, a body with more than one soul, a being unbound from time who lives in the present and the past, a boy who seeks the comfort of vermin, and the twisted man who sees them all for who they are. And witness the avenging angel who stalks them.

This fall, join writer Dan Watters and artist Dani on an odyssey through the deepest depths and darkest shadows of Gotham City and find all-new reasons to fear the night.

Why It’s Hot: This comic is absolutely stunning. The pencils from Dani, and the colors of Dave Stewart have joined forces to become some of the most ambitious art that you’ll see in a series from the Batman line. This is both Arkham and Gotham City like you’ve never seen before, as the latter has become the substitute for the former, with the patients being treated on the outside after the Joker’s attack on the asylum. Will Dr. Joy be able to help her patients? Can they exist on the outside without running afoul of the law, and/or the bat? Make sure to get in on the ground floor on this series. Arkham City: The Order Of The World is dark, a bit twisted, and it even feels a little dangerous. It’s a must read this week! 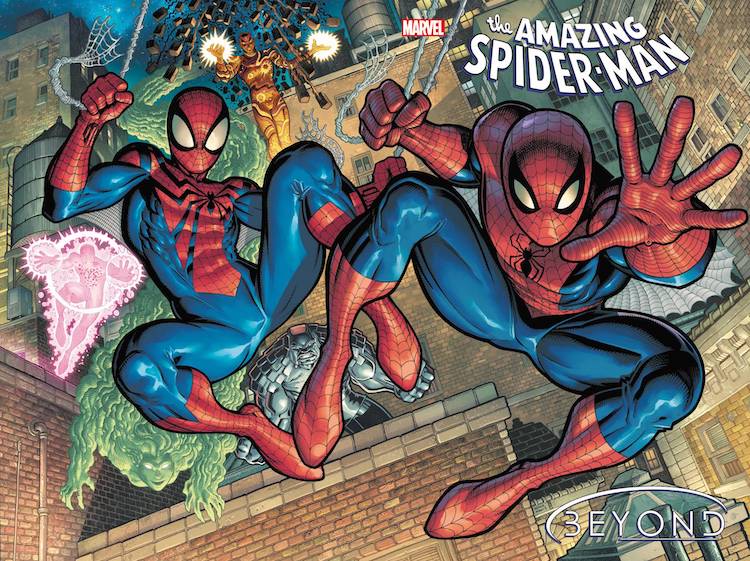 AMAZING SPIDER-MAN is back to thrice-monthly because this story is pure jet fuel. Ben Reilly has returned to NYC and has fully taken back the mantle of Spider-Man, but what does this mean for Peter Parker? The greatest team of web-writers has come together with the most epic arachnid-artists ever assembled to bring you a Spider-story that will shake up Spider-Man’s 59th year in ways you CANNOT PREDICT!

Why It’s Hot: After a long run that included 74 issues of the flagship title, Nick Spencer’s Spider-Man run came to an end in the previous issue of Amazing Spider-Man. The powers that be over at Marvel haven’t given Pete much room to deal with the fallout of Spencer’s explosive finale before throwing the next big thing at him, and that’s Ben Reilly. Wait!? Ben Reilly? Peter’s clone is back? And he’s what? Wait a minute, who owns what? of Spider-Man Beyond is here, and the stellar creative team of Zeb Wells and Patrick Gleason get things started off on the right foot. If you’ve been looking for a chance to jump on Amazing Spider-Man this is the best chance that there has been in months and months. 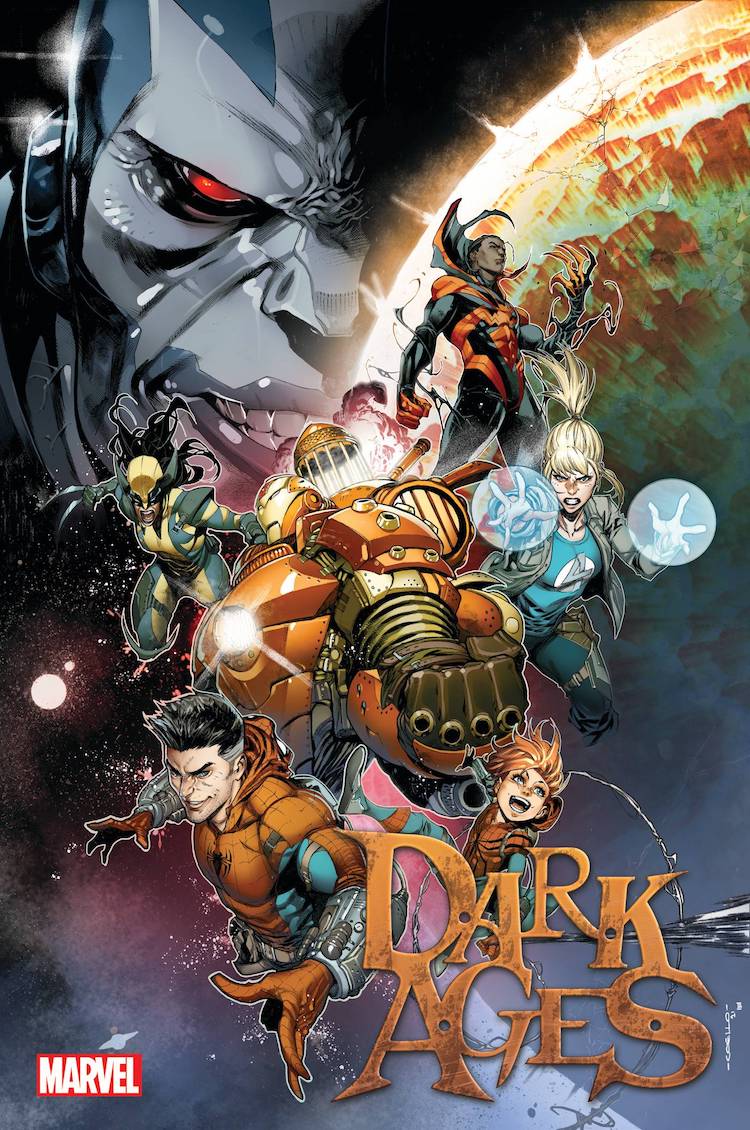 It has been years since the age of technology ended in a single moment, like a switch had been flicked to off for an entire planet. Now Earth’s heroes attempt to bring humanity together in the darkness. X-Men and Avengers, vigilantes and villains all work together to create something better. But something darker than the night is descending on the world. Our post-apocalyptic world is about to face Apocalypse.

Why It’s Hot: Tom Taylor has taken the comic book world by storm over the last few years, and whether it’s been Injustice, or DCeased, his alternate universe stories have played a big role in getting him to where he’s at today. Now after playing around and getting away with crazy stuff over at DC. Taylor jumped across the aisle for the opportunity to break some of Marvel’s toys in the best way possible. This has resulted in Dark Ages. After a great first issue that showed how technology ceased to exist in this version of the Marvel Universe, the remaining heroes have lives out their lives to the best of their abilities, but Apocalypse is on the way. This is already looking like a must read series with Taylor on the top of his game, and Iban Coello taking advantage to his fullest extent of being on this title. 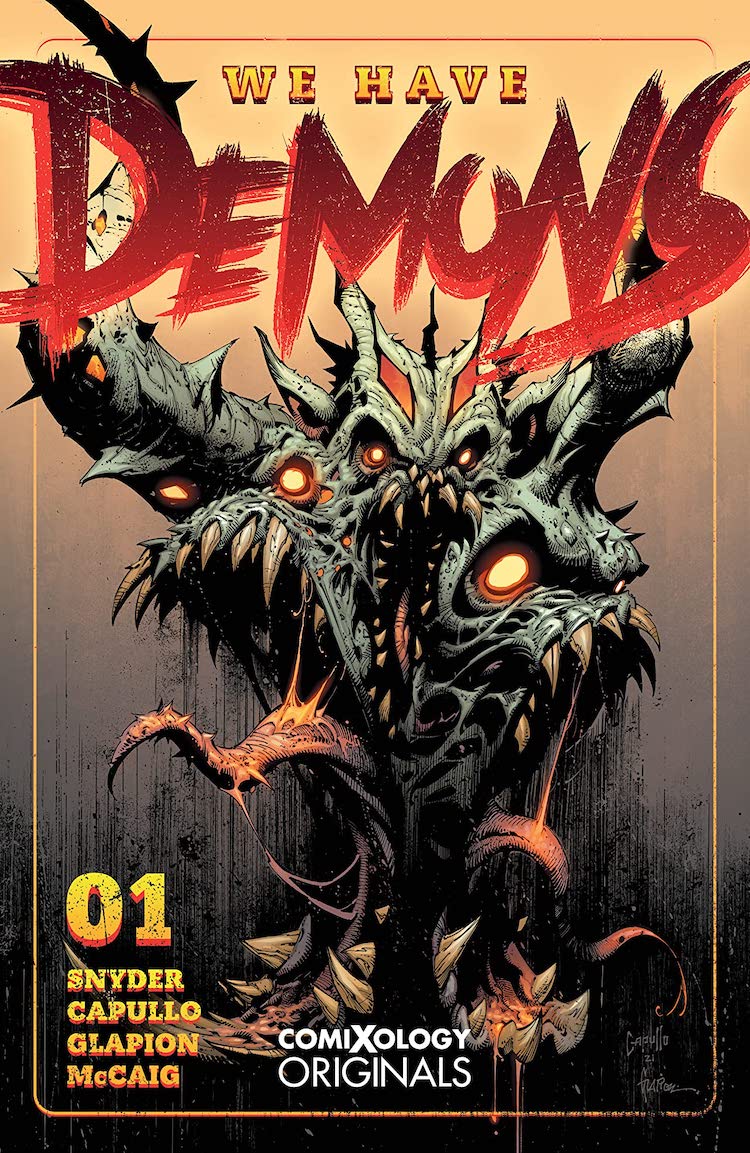 WE HAVE DEMONS #1
Written by Scott Snyder
Art by Greg Capullo & Jonathan Glapion
Published by comiXology – $4.99 (free with comiXology Unlimited or through Prime Reading)

The conflict between good and evil is about to come to a head when a teenage hero embarks on a journey that unveils a secret society, monsters, and mayhem.

The first creator owned collaboration from the superstar team of writer SCOTT SNYDER and artist GREG CAPULLO! After block-buster work on titles like DC’s Batman, this best-selling team brings their talents to comiXology!

Why It’s Hot: “Scottober” is here, and things are kicking off in style as one of the great creative teams of the 21st century are back together again for a brand new series. That’s right, Scott Snyder and Greg Capullo are back, and this time it’s for their first ever creator owned title together. The living legend creative team alone makes We Have Demons worth buying as it is, but Snyder’s deal with Comixology to bring 8 different titles from Snyder and his Best Jackett Press to the platform as Comixology Originals, with three of them out this month is a big deal. It’s rare you get a digital first here on the Hot Five, but Snyder and Capullo aren’t your run of the mill creators. This could be the start of something special with not only this comic, but with the entire line Snyder is putting together, and you can jump in now on the ground floor. Did I mention that Snyder is also launching titles with Francis Manapul and Francisco Francavella this month? Or that you can read all of these first issues for free through Comixology Unlimited, or on Kindle through Prime Reading?