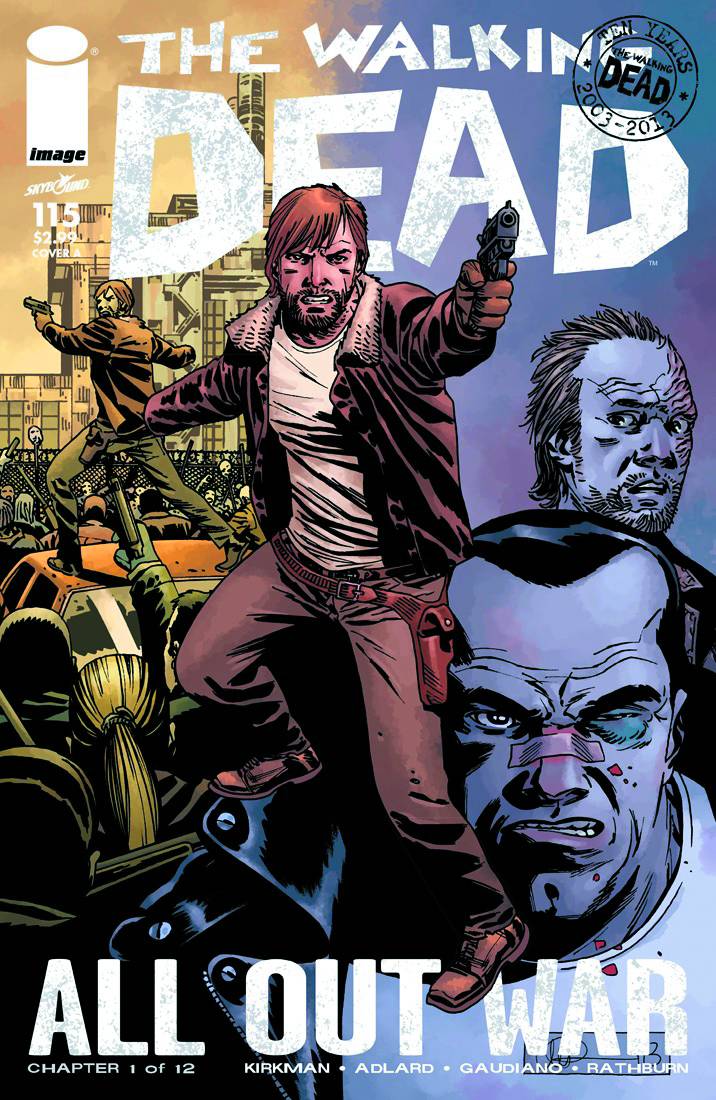 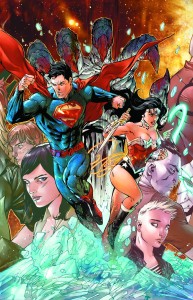 Beginning a bold new series that details the relationship between The Man of Steel and the Warrior Princess as rising star writer Charles Soule is joined by fan favorite artist Tony S. Daniel to tell the tale of a romance that will shake the stars themselves. These two super-beings love each other, but not everyone shares their joy. Some fear it, some test it-and some will try to kill for it. Some say love is a battlefield, but where Superman and Wonder Woman are concerned it spells Doomsday!

This issue features an amazing wraparound gatefold cover that opens up to a triptych with Superman and Wonder Woman in the center!

Why It’s Hot: Whether you are a huge Clark/Diana shipper, anti-DC Power Couple, or, like me, just really curious where this story could go, Superman/Wonder Woman is guaranteed to be the book comic market is chatting about this week. And since this is Wonder Woman’s first secondary self-titled ongoing book in over 60 years, this is quite the momentous release! 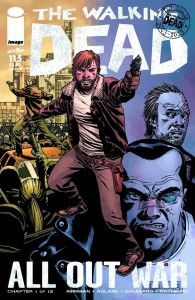 ALL-OUT WAR BEGINS!
The biggest storyline in WALKING DEAD history – just in time to celebrate the 10th anniversary of the series!  It’s Rick versus Negan with a little help from everyone else!

Why It’s Hot: Can you believe it’s been ten years since The Walking Dead came on the scene? To celebrate, Robert Kirkman is taking the title bimonthly and pitting Rick against his ultimate enemy. Don’t miss this remarkable opportunity to jump on a book you may have fallen behind on! 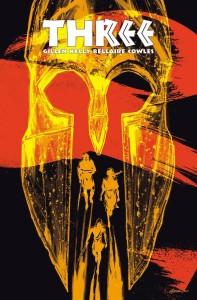 When a member of the Spartan ruling class visits an isolated homestead of Helot workers, a brutal massacre is only the beginning. KIERON GILLEN (PHONOGRAM, Über, Iron Man), RYAN KELLY (Saucer County, Local) and JORDIE BELLAIRE (THE MANHATTAN PROJECTS, NOWHERE MEN) unite to tell the heroic story of three slaves and their desperate attempt to escape 300 of the finest warriors who’ve ever lived.

Why It’s Hot: From the fan favorite writer of Young Avengers comes a fascinating new take on Sparta (and perhaps even Frank Miller’s classic 300), taking the classic story of domination and telling it from the perspective of the underdog slave. History may be told by the victors, but it’s time we get this story from a second (or third!) set of eyes! 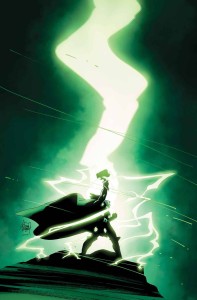 •  Negotiating the fall of worlds.
•  The Illuminati versus Thanos.
•  Thor, God of War.

Why It’s Hot: From the mouth of Editor-in-Chief Aaron Long himself: “The event is moving into a second phase and to read it progress there with all the crashing and exploding readers could ever want is quite a treat. Hickman pulls out all the stops with this one, giving Opena & Weaver room to move and dazzle readers with their skilled work… This art is, quite simply, top tier. These two pencillers are in the upper echelons of talent in the entire industry.” Nuff Said! 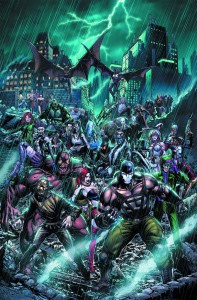 As FOREVER EVIL hits the world, no corner of the DC Universe is in worse shape than Gotham City! Madness and mayhem hit the streets as both Arkham Asylum and Blackgate Prison unleash their prisoners upon the helpless citizens of Gotham. And with no Dark Knight to protect the city, what horrors will follow?

Why It’s Hot: The Forever Evil mini-series begin this week with our favorite Gotham City villains getting up to no good amid the craziness the Crime Syndicate brings to Prime Earth. We’ve seen the lead in to this series in several of the Villains Month issues, including Scarecrow, Bane, and Two-Face, so now it’s time to check out the main event!