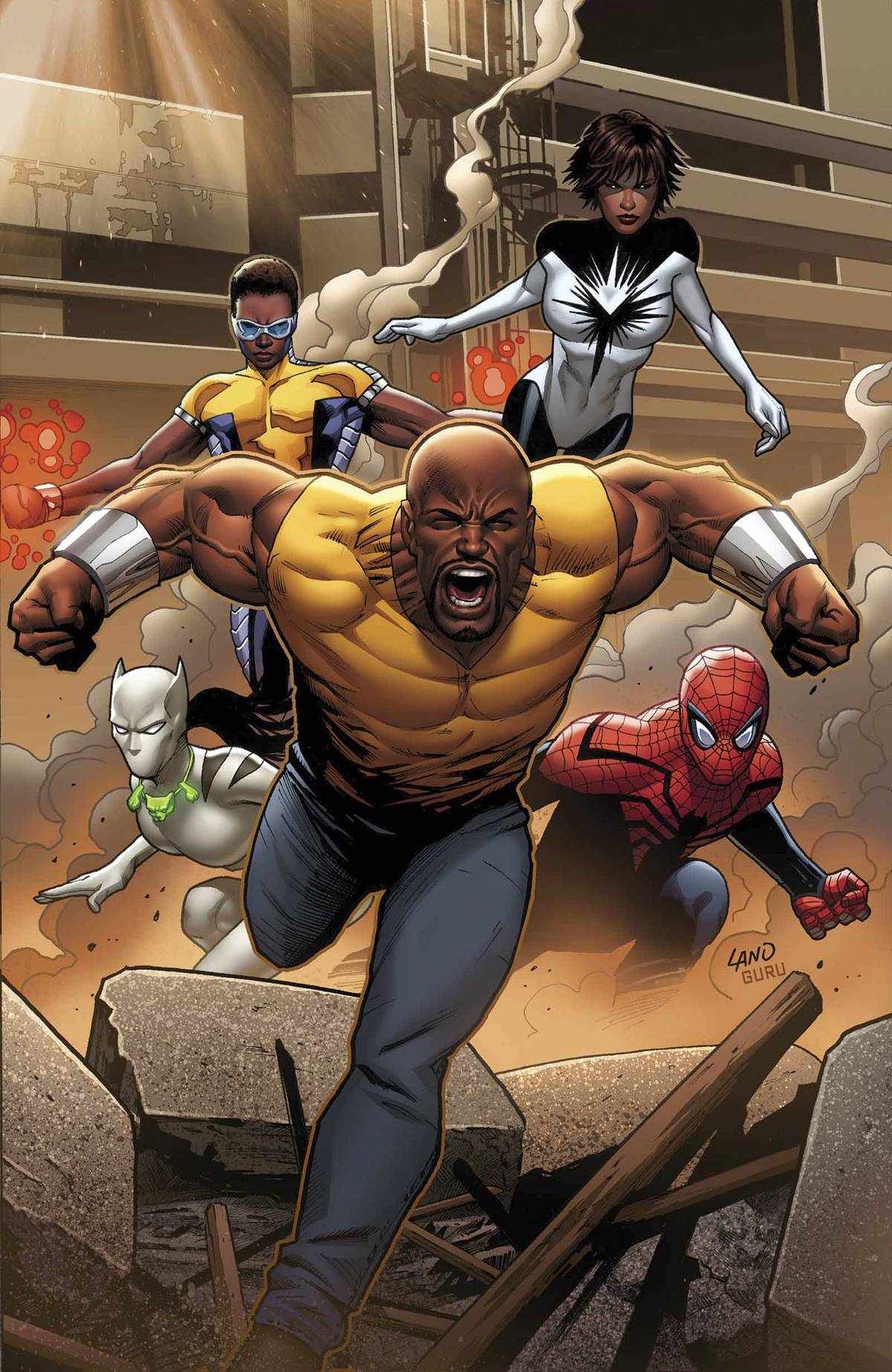 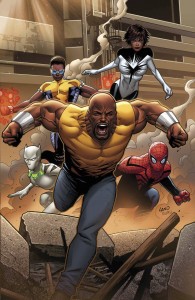 INFINITY TIE-IN! New ongoing series!
FROM THE BATTLEFIELDS OF INFINITY COMES THE MIGHTY AVENGERS!
•  The Avengers are light-years away in space, contending with the Builders! Thanos’ marauders ransack the Earth, doing as they please! Who will stand in defense of mankind?
•  Luke Cage! The Superior Spider-Man! Spectrum! The White Tiger! Power Man! And a mysterious figure in an ill-fitting Spider-Man Halloween costume! These unlikely heroes must assemble when no one else can-against the unrelenting attack of Proxima Midnight!

Why It’s Hot: Marvel is building another solid Avengers team, and that would be enough to draw a crowd, but the real attraction here is the attention the company is giving to its characters of color. Luke Cage has been at the forefront of the Marvel Universe for awhile now, but Monica Rambeau, the White Tiger and the new Power Man all deserve a shot at the big time too! 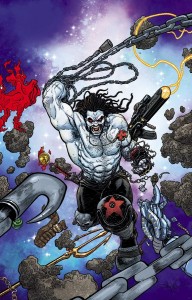 Deep in the dark corridors of space lives a black-hearted being of unimaginable power. He’s witnessed horrors beyond description and committed unparalleled evils. In all of history, no being has ever been capable of as much chaos and terror as this lone individual. This is the story of the man called Lobo. He’s coming. And he’s bringing all of hell with him.

Why It’s Hot: Finally! We get to see what all the real controversy is about, and get a guaranteed awesome story in the process. Marguerite Bennett blew us away on Batman Annual #2, and after our chat with her on Lobo, we’re convinced even the harshest critics of Lobo’s new (old?) look will be satisfied with this purchase. 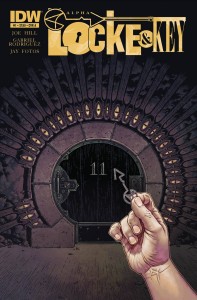 “Omega and Alpha,” part 1: In the second-to-the-last issue of Locke & Key, the damned and the saved alike will make their final stand in the Drowning Cave, in a clash of blood and fire. The shadows have never been darker and the end has never been closer. Turn the key and open the last door; it’s time to say goodbye.

Why It’s Hot: It’s the long-awaited end of the Locke and Key saga by horror master Joe Hill. This book is guaranteed to melt your eyes in a puddle of artistic goodness. And if you haven’t jumped on to Locke and Key yet, take this as a reminder to search your local comic shop for those early trades now! 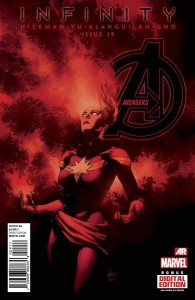 •  The Avengers, prisoners of war!
•  One last desperate plan.
•  Betrayal in the Galactic Council.

Why It’s Hot: Jonathan Hickman is blowing us away on the galactic saga called “Infinity,” but you’ll miss out if you aren’t buying Avengers (and New Avengers). One big story, lots of extra enjoyment. 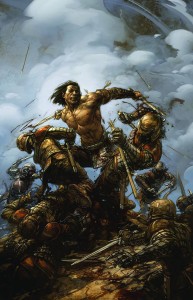 Across five millennia and a thousand battlefields, Gilad Anni-Padda has traversed the darkest, most mysterious corners of the Valiant Universe. But the horror and bloodshed of constant warfare has finally taken its toll on the man myth calls the Eternal Warrior…and he has abdicated his duties as the Fist and the Steel of Earth for a quite life of seclusion. But when a blood vendetta from the distant past suddenly reappears in the modern day, he must decide if he will return to the ways of war…for the child who betrayed him thousands of years ago…

Why It’s Hot: Valiant comes forward with yet another reintroduction of a classic book fans have been clamoring for, and there’s no doubt it’s been worth the wait. Check out our interview with Executive Editor Warren Simons to find out exactly why you are going to want to grab this book!