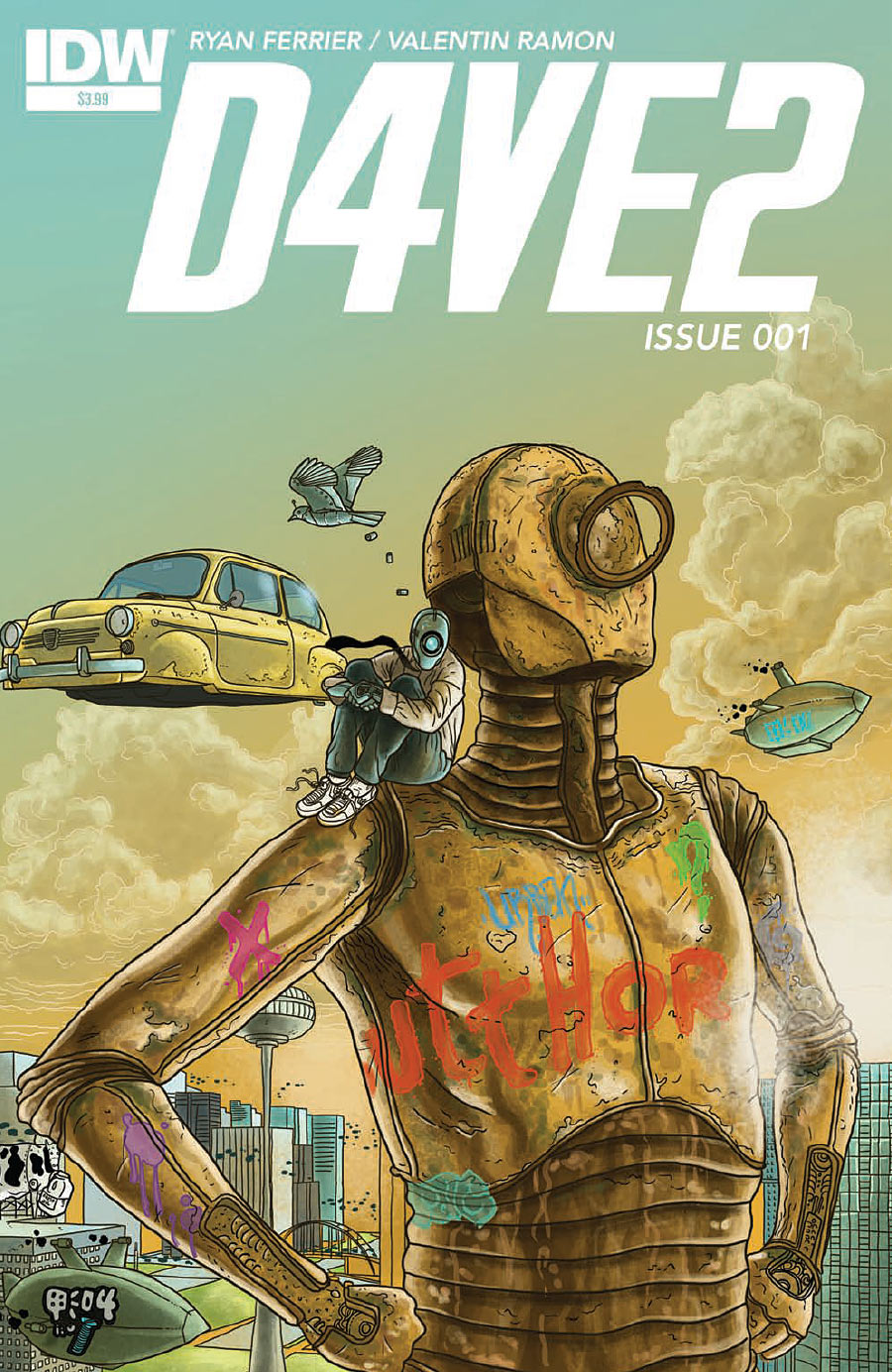 THE SUPERSTAR CREATIVE TEAM OF SPIDER-MAN: BLUE, HULK: GRAY, AND DAREDEVIL: YELLOW BRING THEIR MAGIC TO AMERICA’S #1 HERO
•  From his re-awakening in the present day to his days on the battlefield during World War II, follow CAPTAIN AMERICA as he recalls a special mission during THE BIG ONE!
•  It’s 1941 and the HOWLING COMMANDOS are just looking to kick back and relax….
•  But CAP and BUCKY are about to make their night a whole lot worse!
•  The EISNER AWARD-WINNING team of JEPH LOEB and TIM SALE reunite to tell a shocking story of CAPTAIN AMERICA AND BUCKY!
•  Extra-sized issue featuring CAPTAIN AMERICA: WHITE #0

Why It’s Hot: One of the greatest creative teams in the history of comics are back in a series that was literally years in the making. The iconic duo known for classics such as Batman: The Long Halloween, Batman: Dark Victory, Batman: Haunted Knight Catwoman: When In Rome, Challengers of The Unknown, Superman: For All Seasons,Gambit & Wolverine: Victims, Daredevil: Yellow Spider-Man: Blue, and Hulk: Grey, reunite for their first issue since the zero issue of this series came out seven years ago. Don’t worry if you haven’t read the zero issue as it’s reprinted here for everyone to get caught up on. The track record of Loeb and Sale together is near perfect, and the preview pages from this issue look absolutely stunning. This is a day many thought we’d never see, but Captain America: White is happening.

ONE YEAR LATER. With the world seemingly at peace, things seem pretty all right on 34RTH until a strange ship’s arrival sends D4VE head-first into an existential crisis: an inconceivable blast from the past that threatens not only D4VE’s dwindling relationship with 5COTTY, but all of robot-kind itself!

Why It’s Hot: If I had to guess I would say that the first D4VE series was one of the most universally beloved comics among the staff here at Comicosity. There were 10/10 reviews, the first issue was picked by Keith as the best issue of 2013, the TPB was featured in Trade Waiting the week it was released, and Ferrier was a guest on The Hangout. Usually it’s impossible to get a consensus on a series when you have a staff of different people from different parts of the world, and who are into different types of comics. I think it’s safe to say Ryan Ferrier and Valentin Ramon pulled it off with the staff of this site. Now we are getting more. Yay! 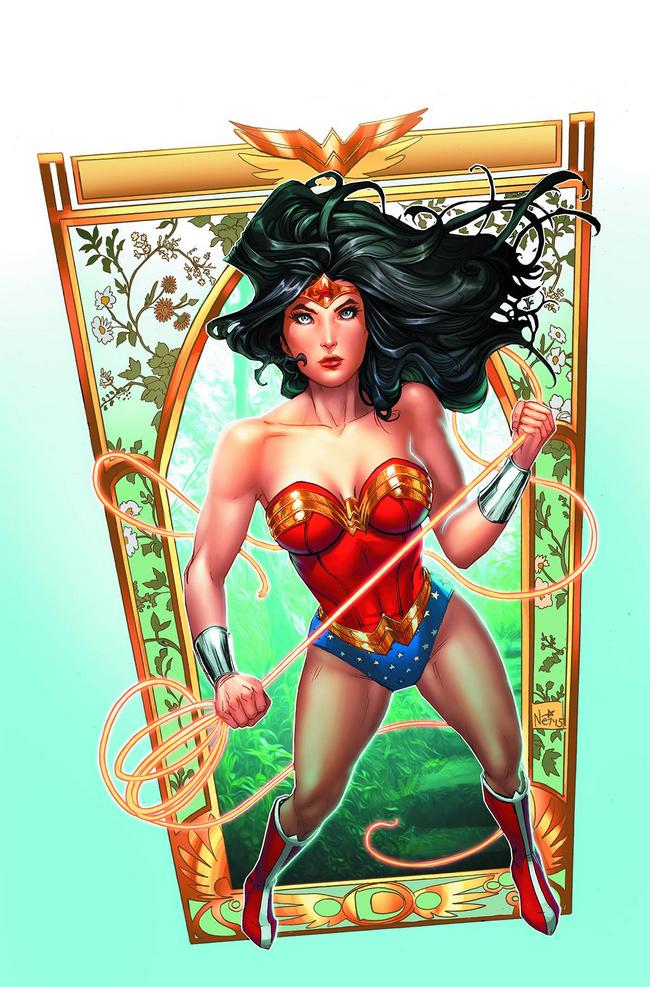 It takes “Nine Days,” the gods say, for an anvil to fall to Earth from Olympus. But what happens when it strikes the world of men? Nyx, primordial goddess of night, is indifferent to the fate of the mortals below when she decides to teach her daughter Strife a lesson. Diana has nine days to step between two warring factions of godhood and stave off a disaster for those caught in the crossfire.

Why It’s Hot: This entry isn’t so much about the actual issue, but for the series as a whole. For those of you that don’t know, Sensation Comics is a digital first anthology series that oftentimes features Wonder Woman at her very best. I not only urge you to pick up this week’s issue, but you should go back and visit all of the wonderful stories that so many talented creators have put together over the past year or so. For the most part this series has truly been Wonder Woman at her finest. 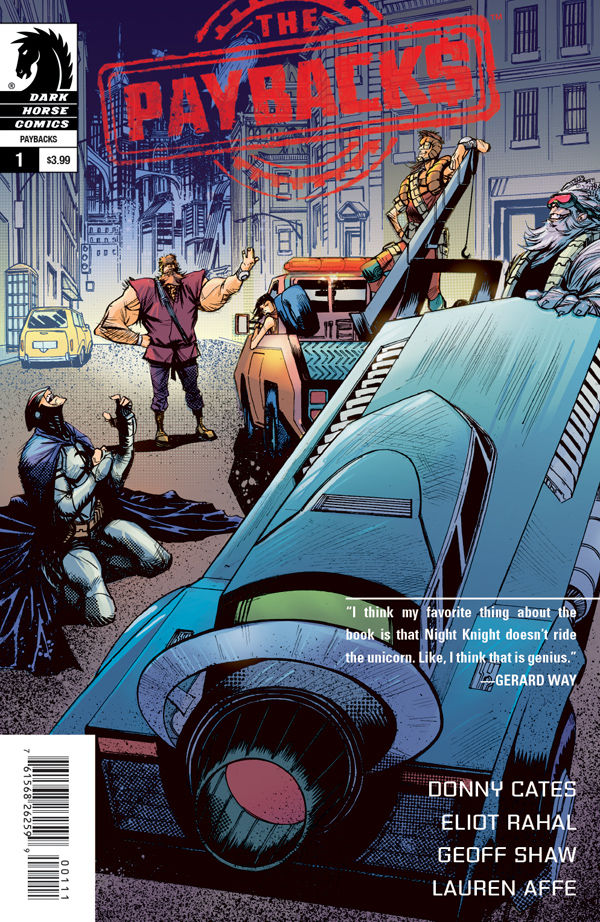 Heroism doesn’t come cheap, so when superheroes borrow money to finance their genetic enhancements or crime-fighting supercomputers, their debts make student loans look like IOUs! Enter the Paybacks, a repo squad composed of bankrupt former heroes here to foreclose on everybody’s secret lairs! From the team that delivered the acclaimed Buzzkill!

Why It’s Hot: Buzzkill came out of nowhere and put this creative team on the map with one of the best miniseries of 2013. Now almost exactly two years later the same creative team returns to the same universe with a series that is nothing like the previous one. The first issue introduces such a simple, clever concept that is executed extremely well. Hopefully this title doesn’t fly under the radar, because it deserves a large audience. It’s really good. 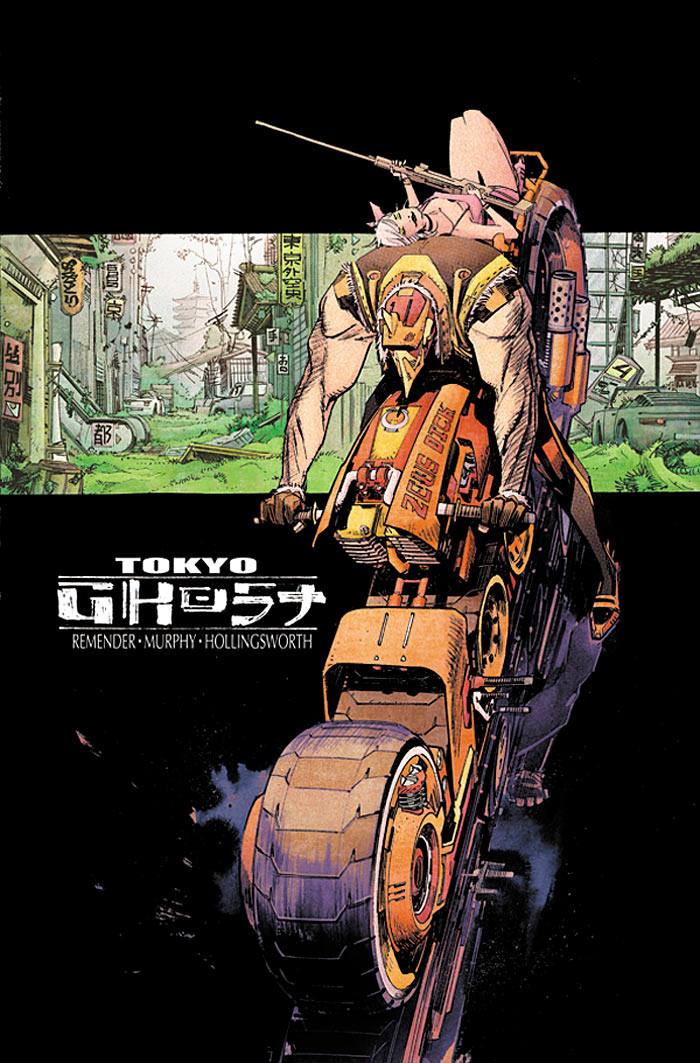 The Isles of Los Angeles 2089: Humanity is addicted to technology, a population of unemployed leisure seekers blissfully distracted from toxic contamination, who borrow, steal, and kill to buy their next digital fix. Getting a virtual buzz is the only thing left to live for. It’s the biggest industry, the only industry, the drug everyone needs, and gangsters run it all.

And who do these gangsters turn to when they need their rule enforced? Constables Led Dent and Debbie Decay. This duo is about to be given a job that will force them out of the familiar squalor of Los Angeles to take down the last tech-less country on Earth: The Garden Nation of Tokyo.

Why It’s Hot: Tokyo Ghost features two of the best talents in the industry today working together for the first time. That right there is all you need to know, but if you must know more you should definitely read Comicosity’s interview with Remender HERE.