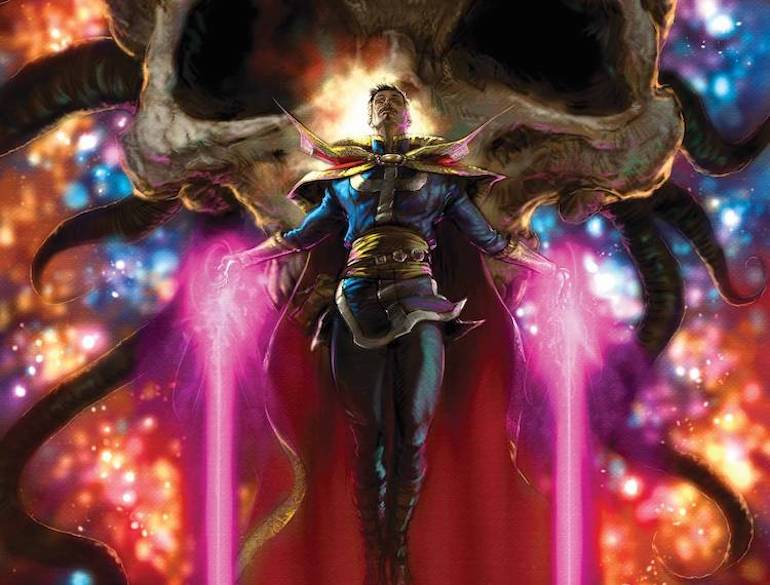 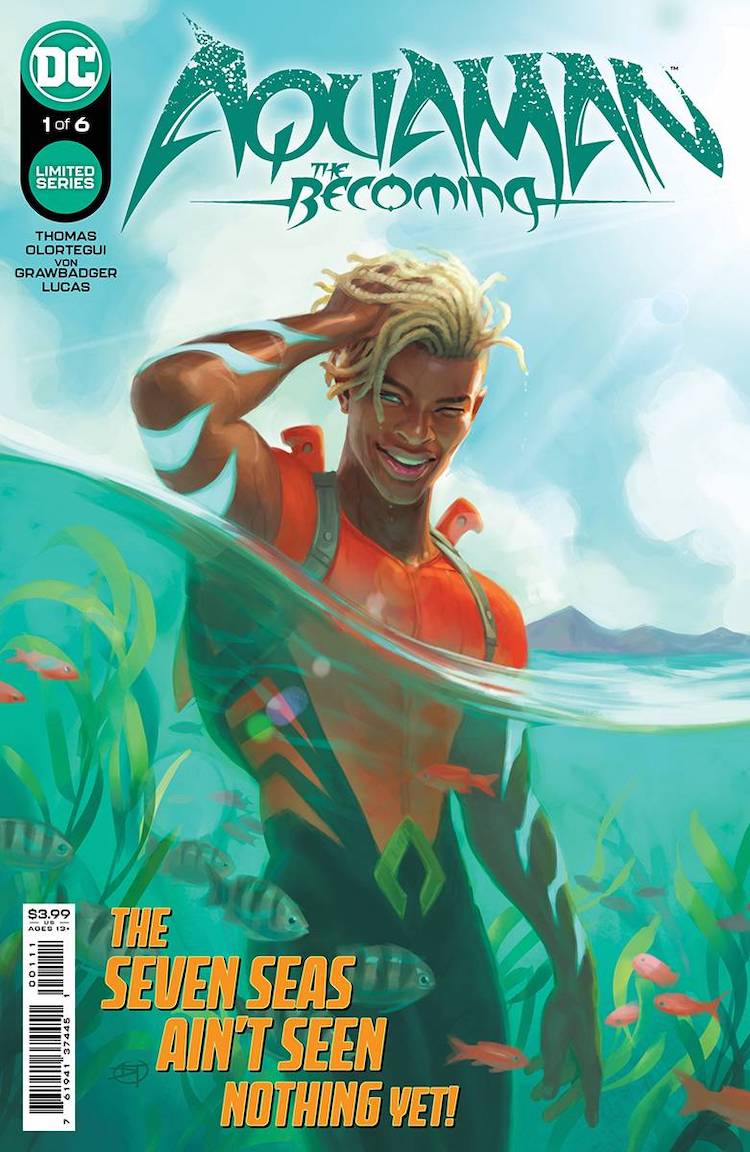 Jackson Hyde finally has it all. Mentors who support him, a community that loves him, an honest relationship with his mother, a cute new guy in Amnesty Bay who’s caught his eye, and access to Aquaman’s private training facility in Atlantis. Well, he had it all-until that training facility and half of the Atlantean palace got blown to kingdom come with Jackson in them. Now Jackson stands accused of wrecking the life he worked so hard to build. Aqualad’s going to need all of his skills, wit, and cunning just to prove his own innocence, let alone graduate from sidekick to Aquaman!

Why It’s Hot: A decade following his debut as the new Aqualad, Jackson Hyde is finally taking that next step out on his own with this new miniseries from Brandon Thomas and Diego Olortegui. Thomas has quietly, and quickly become a very important part of the DC Universe in 2021 with his work with Jackson during Future State, and by helping to relaunch the Milestone Universe. His stock is on the rise, and this may be his highest profile assignment yet. Last but not least, it’s always worth mentioning when either of the Big 2 put a LGBTQ character front and center in a starring role, and DC has taken it up a notch with the Pride branding directly on the cover. Watching Jackson make the final leap from lad to man will be exciting to watch unfold here these next few months. 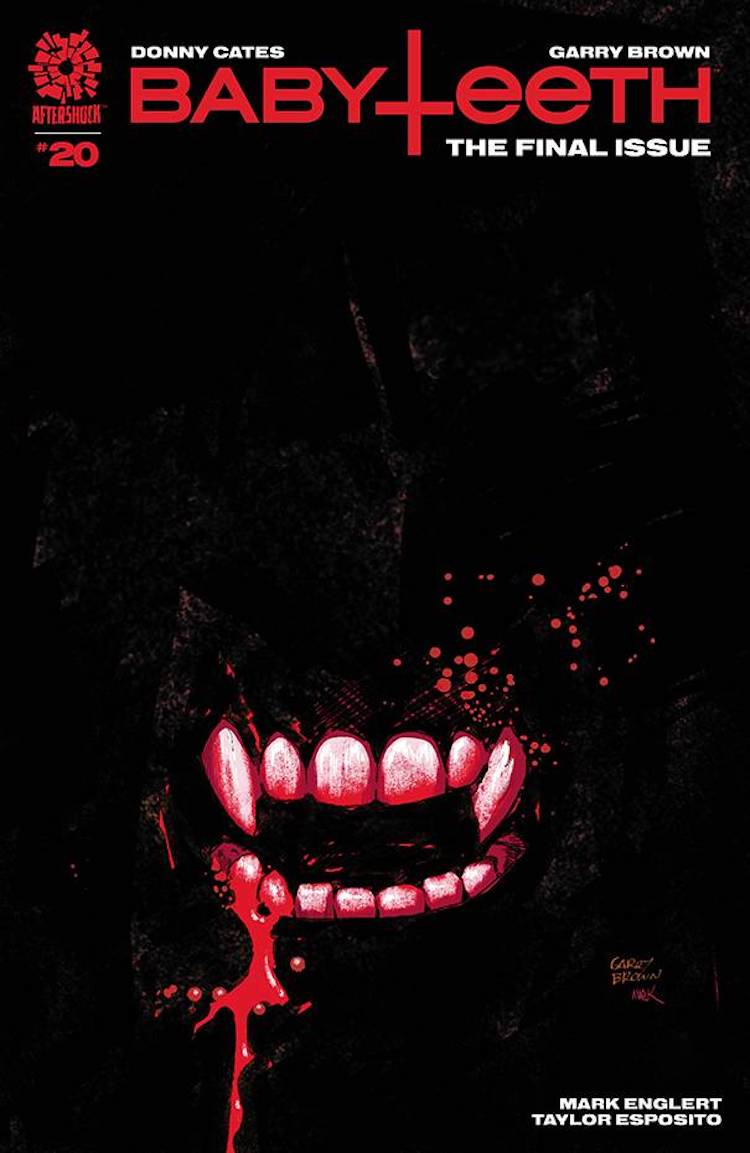 Everything ends. Sadie prepares her son to meet his maker. Can the apocalypse be called off?

Stay tuned for the exciting climax to BABYTEETH!

Why It’s Hot: To less observant readers Donny Cates seemingly came out of nowhere and became one of the go to writers at Marvel, and one of top writers in comics period. In reality he worked his way up through the indie scene, and one of his most beloved indie titles from his meteoric rise is coming to an end. Before the series returned for its final four issues fans were clamoring to see the end of Sadie and her family’s journey, and now it’s here. With Donny Cates at the helm you know it’s going to be a wild ride to the very end! 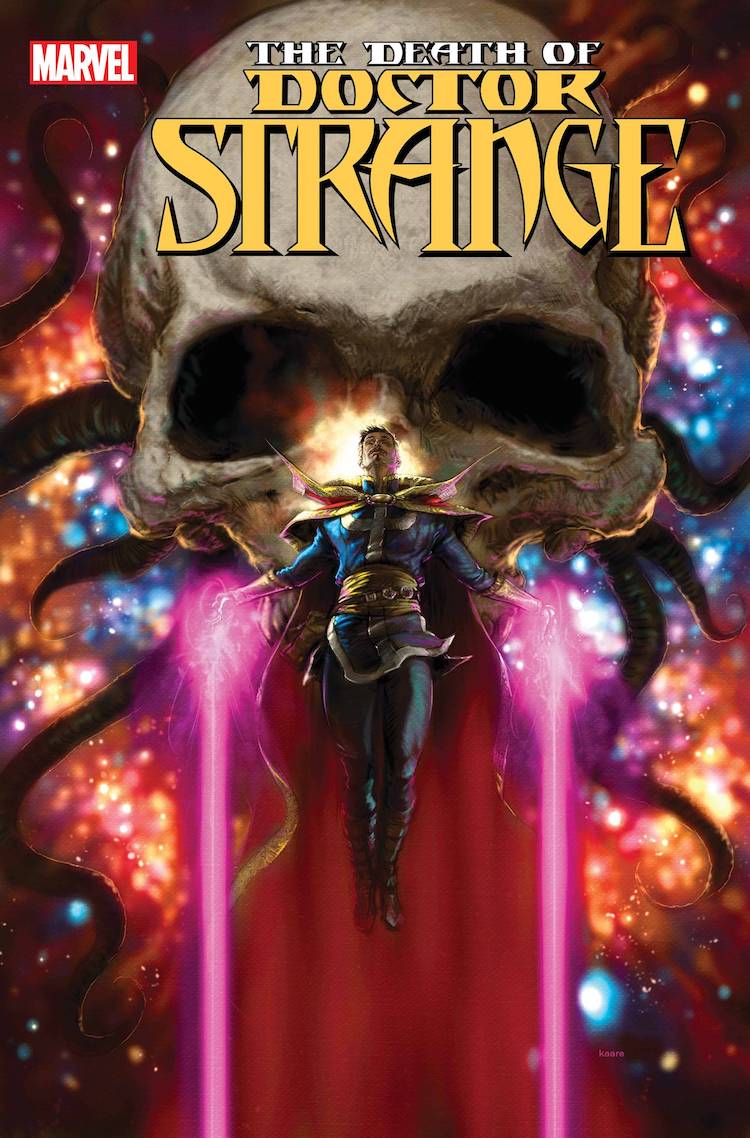 DEATH COMES FOR THE SORCERER SUPREME!

Doctor Stephen Strange is the world’s greatest neurosurgeon and Earth’s Sorcerer Supreme. He defends our planet from the supernatural and interdimensional threats no other hero is equipped to handle. But what would happen if he unexpectedly died? Who would protect Earth and keep the mystical evils at bay? And most importantly…who killed Stephen Strange?! The final chapter in the life of Doctor Strange starts here by Jed MacKay (Moon Knight, Black Cat) and Lee Garbett (Captain Marvel)!

Why It’s Hot: Marvel is promising us the death of Doctor Strange, and turning it into what I like to call a corner event. These events aren’t line wide crossovers that permeate throughout the entire line, but rather they stick to their own corner of the universe, hence the name. The thing about these corner events is that they are usually miles better than the major line wide crossovers. With a solid creative team, and a good hook I don’t expect this event to be any different. They are promising us death, but how does the good doctor die? Who is responsible? And most importantly, who will be the next Sorcerer Supreme? It all starts here! 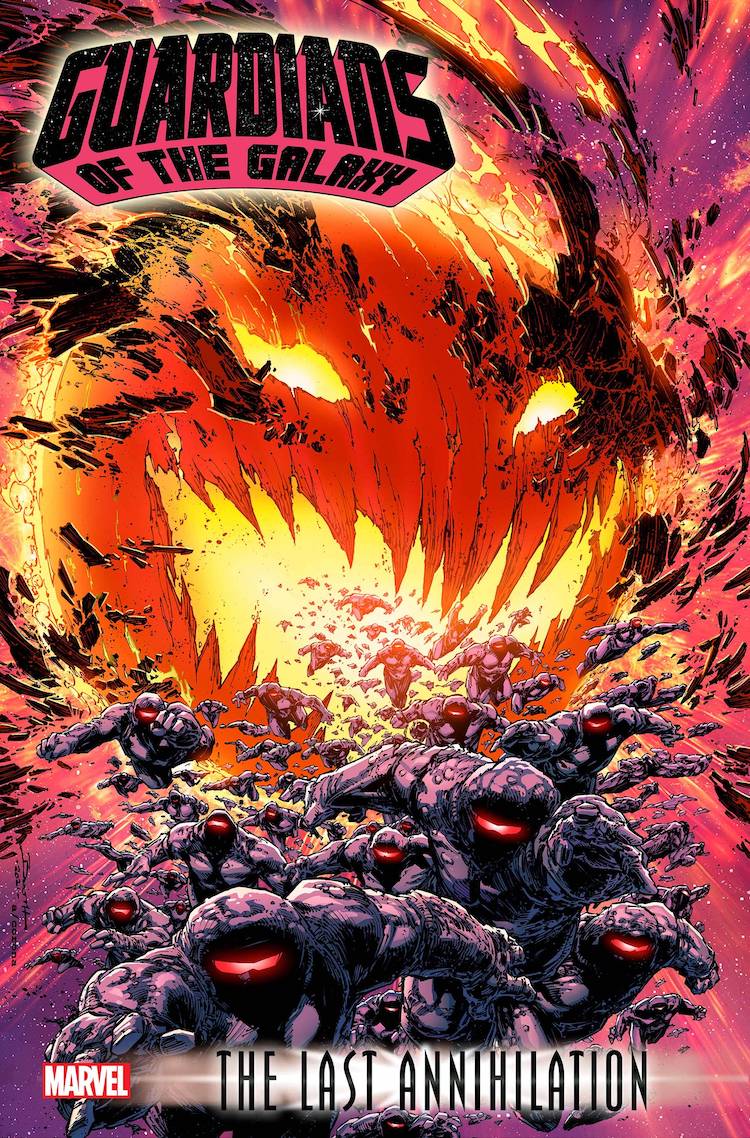 • The Guardians and their allies are being overrun on all fronts by the Mindless Armies of Dormammu. There’s only one hope for the galaxy as we know it.

• ROCKET RACCOON has a plan. All he needs to know is Dormammu’s weak spot.

• Dormammu doesn’t have a weak spot.

Why It’s Hot: Guardians Of The Galaxy under the stewardship of Al Ewing has been one of the best superhero comics in existence these past 18 issues, and The Last Annihilation corner event has been the biggest story in his run to date. After a few great issues of Guardians proper, and a few stellar tie-ins the Guardians and their allies from across the cosmos come together for one final battle against Dormammu and his minions. Yes, for those of you not reading this series, I said Dormammu. 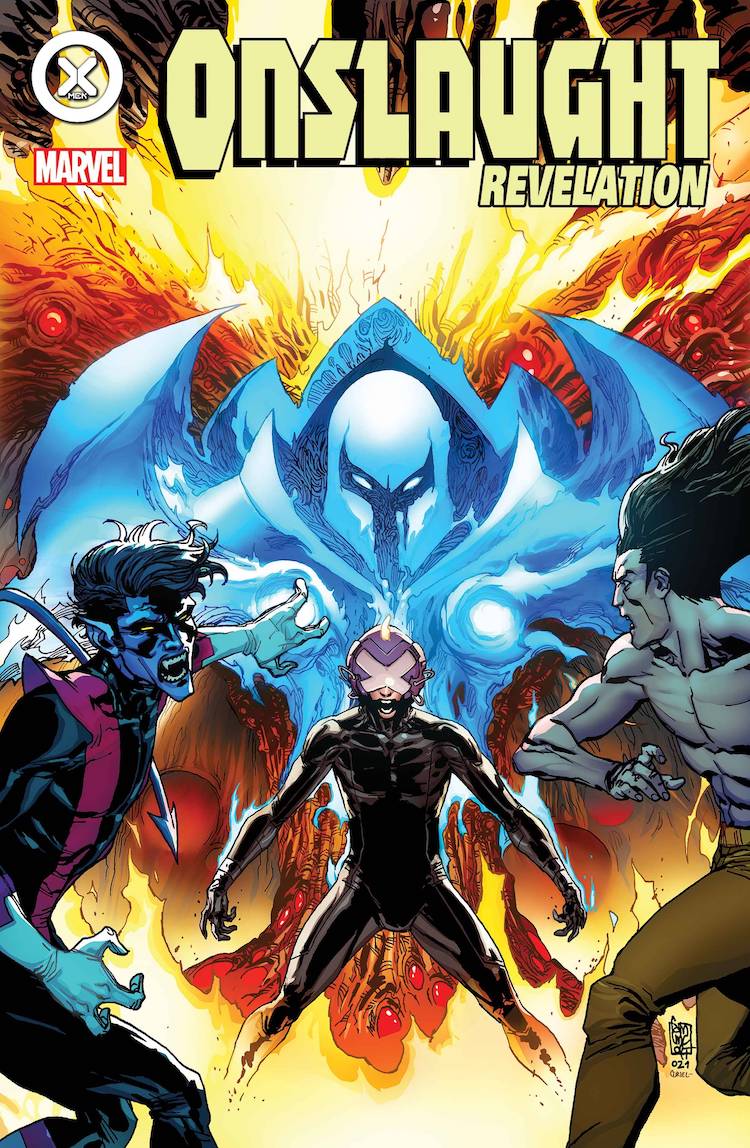 YOU HAVE STRAYED FROM THE WAY OF X. THE ONSLAUGHT IS UPON YOU!

• The X-Men’s greatest foe, mutantkind’s primal evil, slithers in the minds of its most senior leaders…

• The seals are broken, the trumpets have sounded; only a small band of eccentric mutants can hope to break the fall…

• Can Nightcrawler light the spark that will drive out the shadows… or will Krakoa slip into the abyss…?

Why It’s Hot: Way Of X has been one of the more unique books that Marvel has been publishing in 2021. The first chapter of Nightcrawler’s journey to find religion in the age of mutants’ death defying status quo comes to an end with a 40 page issue that sees the return of Onslaught. Onslaught is one of the biggest enemies the X-Men have ever squared off against, and his return doesn’t bode well for Krakoa. How does the villain return? Where does Legion fit into the equation? How does Nightcrawler’s quest for religion come into play? Find out this week in Onslaught Revelation!