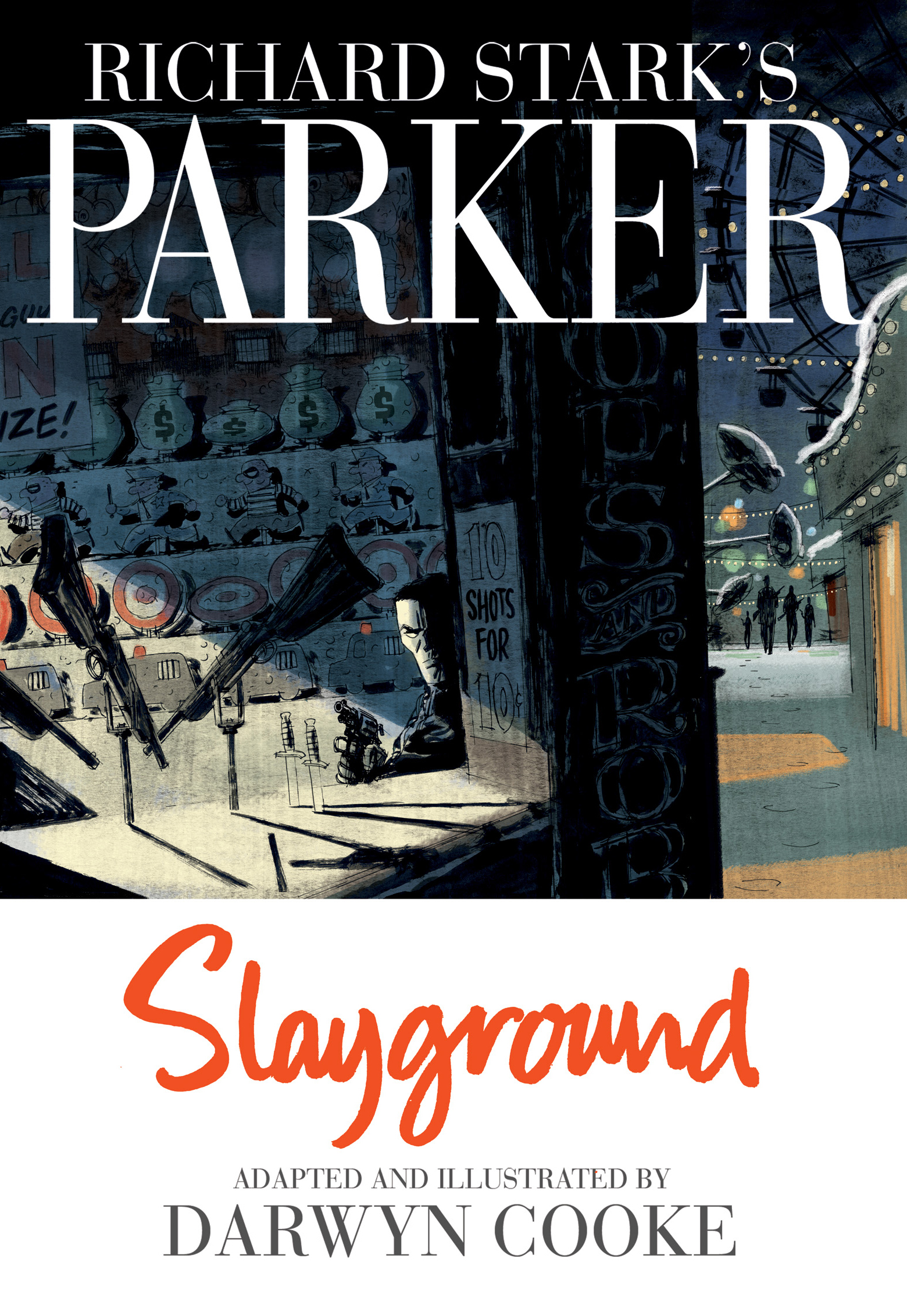 Fresh off of his Eisner win, Darwyn Cooke will be releasing a new Parker adaptation, Slayground. 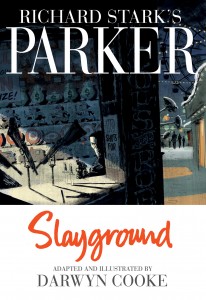 San Diego, CA (July 20, 2013) – Darwyn Cooke’s acclaimed Parker series from IDW continues to expand with the classic Slayground. In this newest graphic novel, Parker is put to the test against crooked cops and sleazy gangsters after a heist goes south and he finds himself trapped in an amusement park closed for the winter, and embroiled in a deadly game of cat and mouse… a game that slowly starts to favor the mouse.

“A boarded up amusement park was an inspired setting for Parker,” said writer/artist Darwyn Cooke, “and Westlake made the most of it. A great story that I’m enjoying the hell out of adapting.”

Based on the influential novels by Richard Stark, AKA, Donald Westlake, Parker is a coldly calculating master criminal, one with a very rigid code. The IDW adaptations by Darwyn Cooke of The Hunter and The Outfit have received multiple Eisner and Harvey awards. The Score, released last year, is nominated for an Eisner Award at this week’s San Diego Comic-Con International. Slayground will be the fourth Parker adaptation in the popular and much lauded series.

Darwyn Cooke’s distinct style has made him a premier writer and artist in the comic book industry. A former animator, Cooke entered mainstream comics in 2000 with his critical hit Batman: Ego for DC Comics.

Donald Westlake, writing as Richard Stark, was the acclaimed author of the Parker series. He was a three-time Edgar Award winner, as well as being named a Grand Master by the Mystery Writers of America, that prestigious societies highest honor.