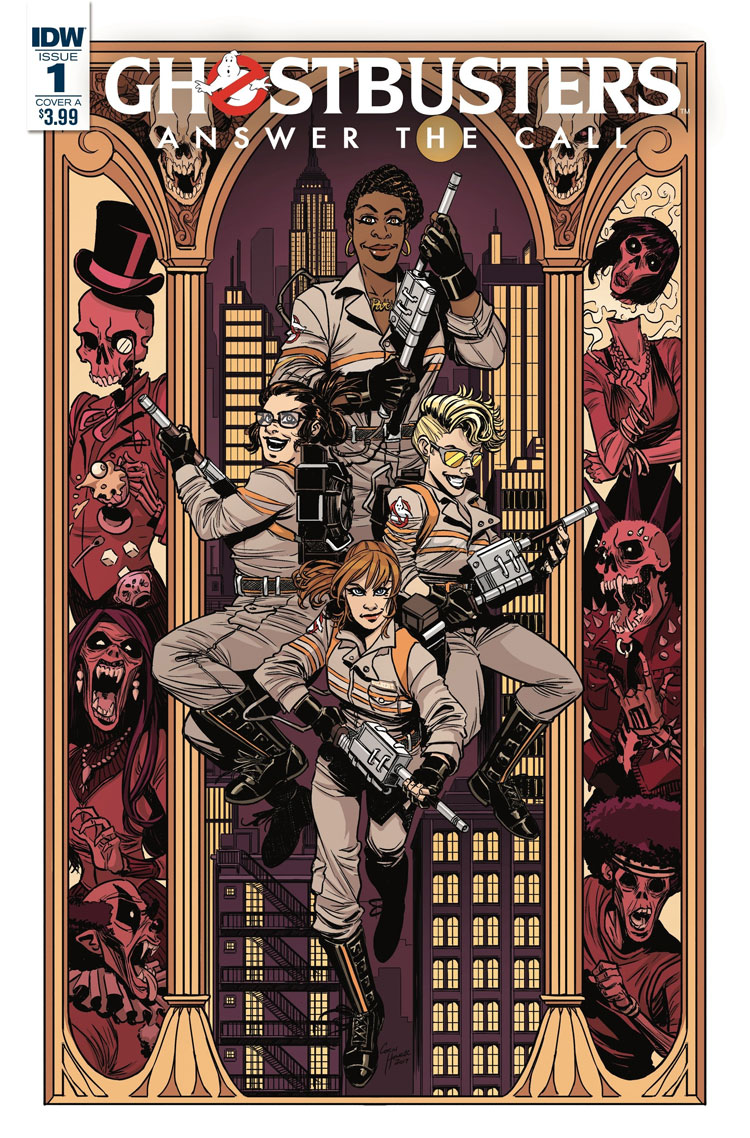 Fire up your proton pack—the Ghostbusters universe is set to expand with Ghostbusters: Answer the Call, a five-issue comic book series launching in October 2017.

The members of the Ghostbusters team from Sony’s 2016 feature film were first introduced to IDW’s long-running Ghostbusters comic books line with Ghostbusters 101, in which they joined forces with the original Ghostbusters for an inter-dimensional crossover adventure. Their highly publicized comic book debut sold out upon release, and now the proton pack-wielding women are back. No longer content to share the spotlight, they are busting out into their very own comic series!

The creative forces behind this series are writer Kelly Thompson (Hawkeye, Ghostbusters: Deviations) and artist Corin Howell (Mighty Morphin Power Rangers, Ghostbusters: International) both of whom have confronted the paranormal and lived to tell the tale — each having played in the Ghostbusters comics sandbox previously. Their rendition of the new generation of ‘busters is the next exciting addition to the ever-expanding Ghostbusters shared universe, and will serve as the perfect jumping-on point for Ghostbusters fans—old and new alike—combining the spirit of the original franchise with the spunk of the 2016 film.

“After the phenomenal success of teaming the 2016 Ghostbusters with the original Ghostbusters in our dimension-hopping Ghostbusters 101 series, we are very excited to bring fans all new Ghostbusters: Answer the Call adventures,” said Editor Tom Waltz. “If Ghostbusters 101 proved anything, it’s that ‘busting feels good in any dimension, and we at IDW are honored to join Sony and Ghost Corps in continuing to expand the ever-popular Ghostbusters shared universe.”

In the exciting series debut, “What Dreams May Come, Part 1!,” while on a routine house call to dispose of a simple Class III spook, Abby, Patty, Erin, and Holtzmann encounter a truly terrifying Class VII that appears to be feeding on fear. Able to create illusions that prey on their greatest fears and with designs on turning the world into its own nightmare dimension (‘natch!), our ladies may have finally met their match!

Fans in need of a healthy dose of ectoplasm can look for Ghostbusters: Answer the Call #1 in stores October 2017. Corin Howell will draw the main cover, with Elsa Charretier (Love is Love) and Valentina Pinto (Strawberry Shortcake) providing the variant covers.