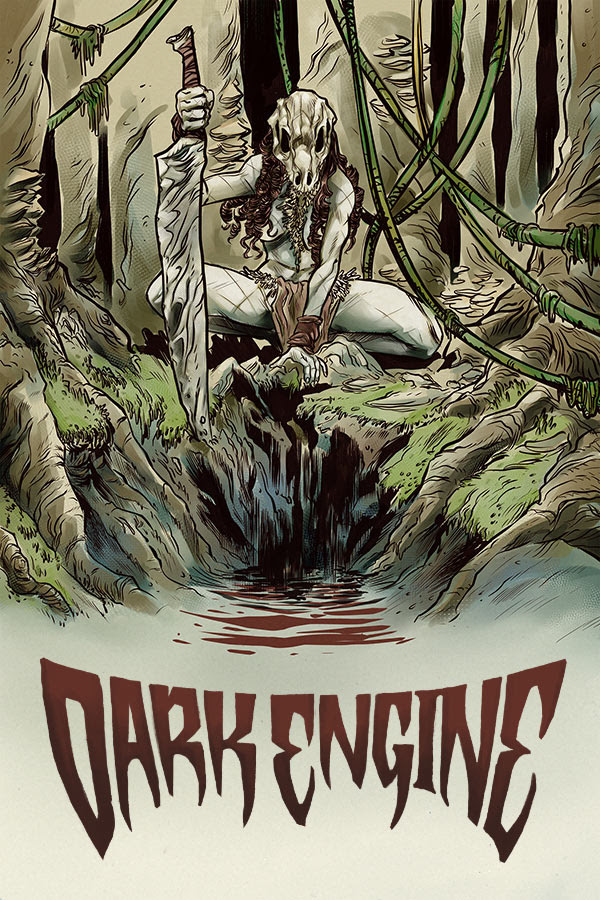 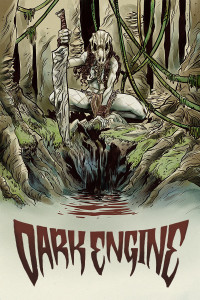 Ryan Burton teams up with John Bivens for an all-new ongoing series that blends elements of dark fantasy and action with mystery.

With ribsword in hand, with gore in her curling locks, Sym has been sent to the distant past to murder her creators’ enemies. But the twisted alchemists who made Sym do not know that the engine that powers her is sentient, that it is the seed of their destruction. By blood and by fury, Sym will carve out her destiny in this new ongoing series.

DARK ENGINE is about the evil things that lurk inside us all. “Some drive us, some are alive and thinking. And Sym will learn just exactly what drives her, and why she was sent back in time to essentially murder anything standing,” explained Burton. “Of course, John [Bivens] does a brilliant job of capturing the enormous scope of the story, whether it’s showing the stygian machinations of Sym’s creators or the harrowing vistas that are littered with the husks of old Lovecraftian monsters, it’s all there.”