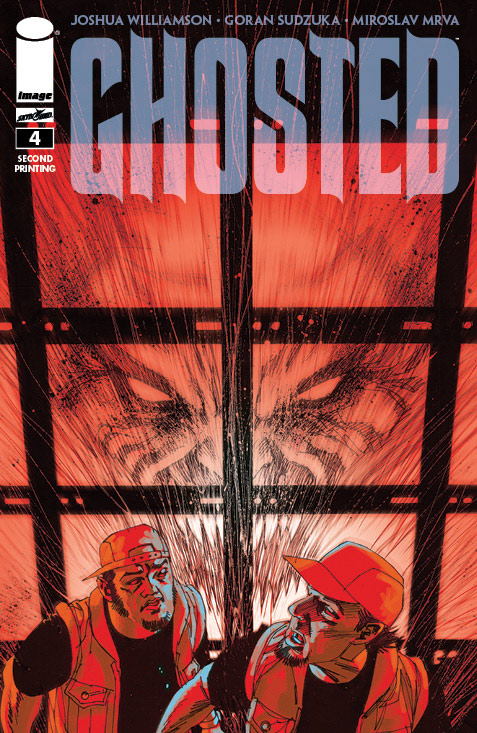 Image Comics has announced a second printing for Ghosted #4, the fourth sell out in a row for the series. 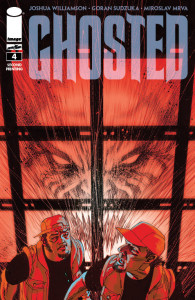 Four sell-outs in a row is no easy feat, but Joshua Williamson and Goran Sudzuka have achieved it with the release of GHOSTED #4, the latest series from Robert Kirkman’s Skybound imprint to sell out at the distributor level. Williamson and Sudzuka have crafted a supernatural heist comic that readers simply can’t get enough of, and a quadruple sell-out is proof positive of that fact. GHOSTED #4 will be reprinted to meet demand.

The press are very impressed with GHOSTED, as well:

“Ghosted is a horror/caper story that goes beyond its concept to entertain, surprise, and humor you. I never know where it’s going next and that’s what I love about it so much.”
Joshua Yehl, IGN

“Williamson continues to craft an intriguing series that is not afraid to take chances and Sudzuka’s art is so perfectly fitting to the book.”
Jreemy Matcho, All-Comic

“Joshua Williamson continues to impress me with this series. It takes a steady hand to craft a horror story that not only feels original, but pays homage to what came before it and Ghosted pulls it off beautifully.”
Jake Tanner, Following The Nerd

“Sudzuka’s art continues to do a wonderful job of capturing every dark and frightening corner and aspect of the mysterious Trask mansion, making even empty rooms feel as though they could incite fear and panic.”
Matt LeMaire, The MacGuffin

ABOUT SKYBOUND
Skybound is the home of Robert Kirkman’s creator-owned work including his Eisner Award-winning comic book series, The Walking Dead, long-running Invincible, all-ages Super Dinosaur, Thief of Thieves and Clone as well as Witch Doctor and Invincible Universe. Since its inception, Skybound has created television shows, merchandise and a wide spectrum of platforms, games (The Walking Dead: Assault iOS app), and entertainment events (The Walking Dead Escape). Skybound’s successes include the comic behind the hit Emmy®-winning television show, AMC’s The Walking Dead, the highest-rated basic cable drama of all time in the U.S, also an international success in 122 countries and 37 languages. Skybound/Kirkman frequently top the hardcover and paperback bestseller lists. Your destinations for all news and merchandise from Robert Kirkman,The Walking Dead and all Skybound titles are www.Skybound.com and www.TheWalkingDead.com