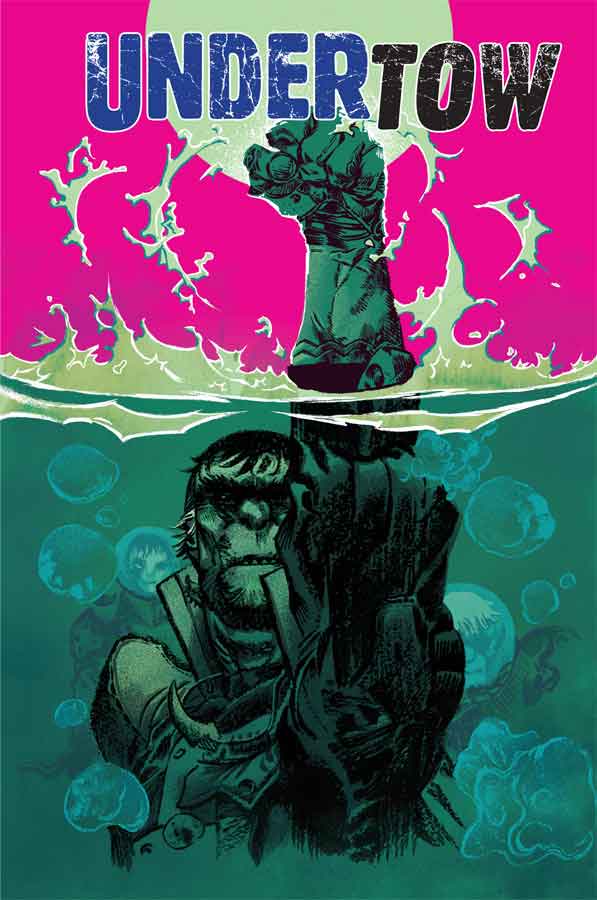 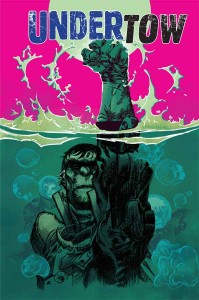 If you want to break free of the system, Redum Anshargal can offer you a place at his side.

With Atlantis now a world superpower, Anshargal and his hostage-protege Ukinnu Alal hunt the Amphibian, a legendary creature that may be the key to an air-breathing life on land. In UNDERTOW #1, writer Steve Orlando (MYSTERY IN SPACE) and artist Artyom Trakhanov bring pulp monster adventure to comics and debut a new take on Atlantis in this new series.

In UNDERTOW, Atlantis is a world superpower and breathing air is something of a rare phenomena. “UNDERTOW takes a lot of expectations about Atlantis fiction and turns them on their head. Here, Atlanteans evolved to the spot where humans are in our world, or maybe just a bit past it. This Earth is fundamentally different because of it, from the geography to the animals to the technology,” explained Orlando, “Atlantis has had to develop technology that can function underwater… Those who breathe water are the ruling power. And those who breathe air? Humans are a wild species, living like pack animals all over the surface, adapting to their environments. Wild, thick-coated polar humans, hairless tropical humans, even monstrous humans evolved from island gigantism. For Redum Anshargal, finding an Atlantean that can breathe air might just be his chance to give his people a shot at life on land, a chance to finally be free of Atlantis’ corruption.”

Typically, Atlantis is thought of as “the lost city,” but in UNDERTOW, the opposite is true. “This was a chance to take Atlantis a few centuries into the present day, just like most other monarchies. And making it modern makes it a great way to show the truly strange face of the deep ocean,” said Orlando. “Now Atlantis can do what speculative fiction should–it can be a weird mirror to our own world, just a half step away–more relatable than ever before, and thus, even more frightening.”

For more info on what UNDERTOW is and where the idea came from, check out this interview with Steve Orlando on the official Image Comics website, imagecomics.com.

Join Anshargal on his watertight city barge and explore the wild surface world in UNDERTOW #1, which will be available in stores on February 19, 2014 for $2.99. Pre-orders can be placed using Diamond Code DEC130486.