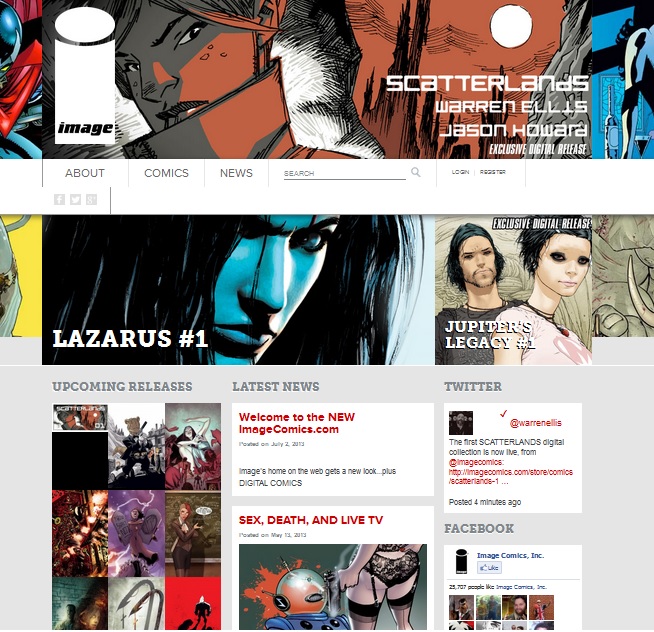 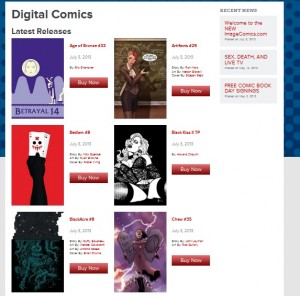 With all the mass announcements at Image Expo, of creative giants bringing massive catalogs of work over to Image Comics, founder Eric Stephenson still saved the best announcement for last, in the key note speech.

Image live tweeted the address where it was announced that not only has Image redesigned their website, it now features a platform to sell digital versions of their comics. Once purchased you can download the comic in a PDF, ePub, CBR, or CBZ file, completely DRM-free.

While many creators have been offering their books this way from their personal website (IE: Brian K. Vaughn’s panelsyndicate.com,) this changes the game. With a major publisher, like Image now pressuring other giants who use controlled distribution sites, such as ComiXology. Currently, Marvel and DC both sell their digital comics through ComiXology as well a controlled medias, such as Kindle and Barnes and Nobel storefronts. Even smaller publishers, such as Action Labs, Monkeybrain and Dynamite currently do not offer DRM-free options.

The biggest concern with releasing DRM-free material is making it too easily available for torrent sites or piracy. However, these methods have not held back the wave of people who are not going to pay, and instead rely on screen grabbing sites that put up the copyright materials anyway.

This creates a whole new ballgame in comic reading for this next year. Where will it lead?