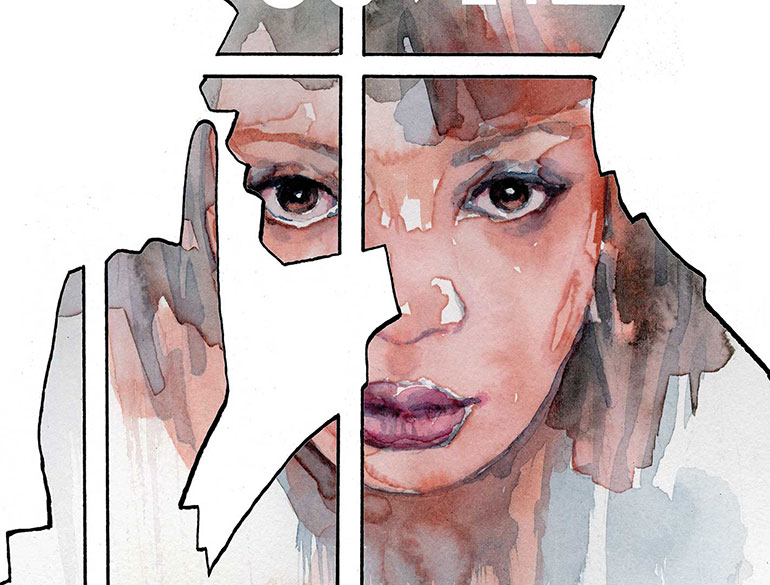 Brian Michael Bendis is well known as one of the most important, diverse, and creative story-tellers of this comic book generation. He has been responsible for some of the biggest moments and story arcs in the modern comic book age.

Besides working on some of world’s most well-known heroes, he has long been crafting stories in his own universes. With his recent move to DC Comics and re-establishment of his Jinxworld imprint, Bendis is diving back into these creator-owned worlds. In only a span of a couple of days, he has released Pearl, Cover, United States Vs. Murder, Inc., and Scarlet.

Brian honored Comicosity with an extensive chat on the phone about his creator-owned titles, delving into some of the thought process that goes into his intricate worlds. 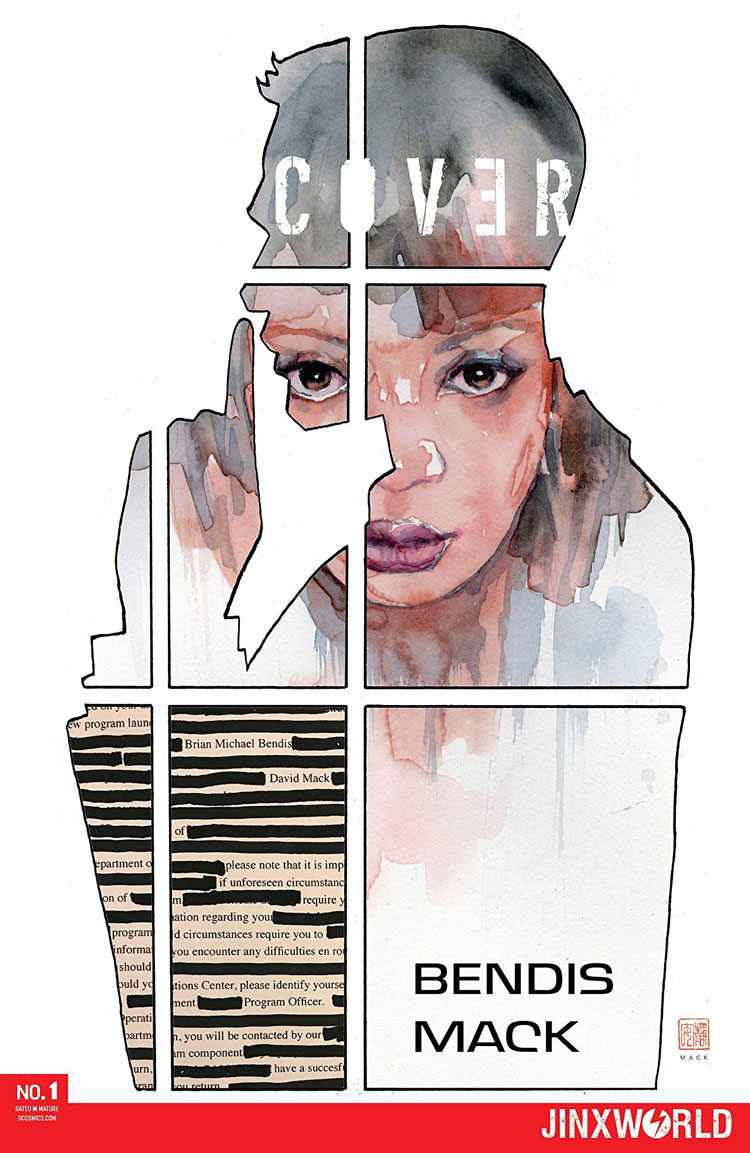 Chris C. Hernandez: Cover seems like it could be an almost autobiographical story — especially since it is touted as being a true story. How long did you and David Mack work on Cover and … are you a spy?

Brian Michael Bendis: David and I have known each other since we were kids. We’ve traveled the world together almost like a band. We’ve been going to conventions for almost 20 years all over the world, so we’ve had adventures! We have seen things!

There are so many stories about how movies are made, or songs are written. So many stories about the passion of making stuff — and comics are like the cornerstone of our entire culture. Everyone that makes comics loves making comics, so we wanted to tell the story of how much passion there is in it, but also how lonely it can be.

At the same time, a lot of fun things were happening in our lives. I was asked to speak at Langley and David started working for the State Department and traveling all over the world. We started meeting all kinds of cool people that we normally wouldn’t talk to.

So, putting this book together became a very fun way to express ourselves and to get all of our passions out at once and have some genre fun as well. We are going to let the story play out and see what people think of it before we say if it is true or not. They are not avatars of us in anyway shape or form. There’s a lot of truth on the page, but I’m not sure it’s the truth that everyone thinks it is. 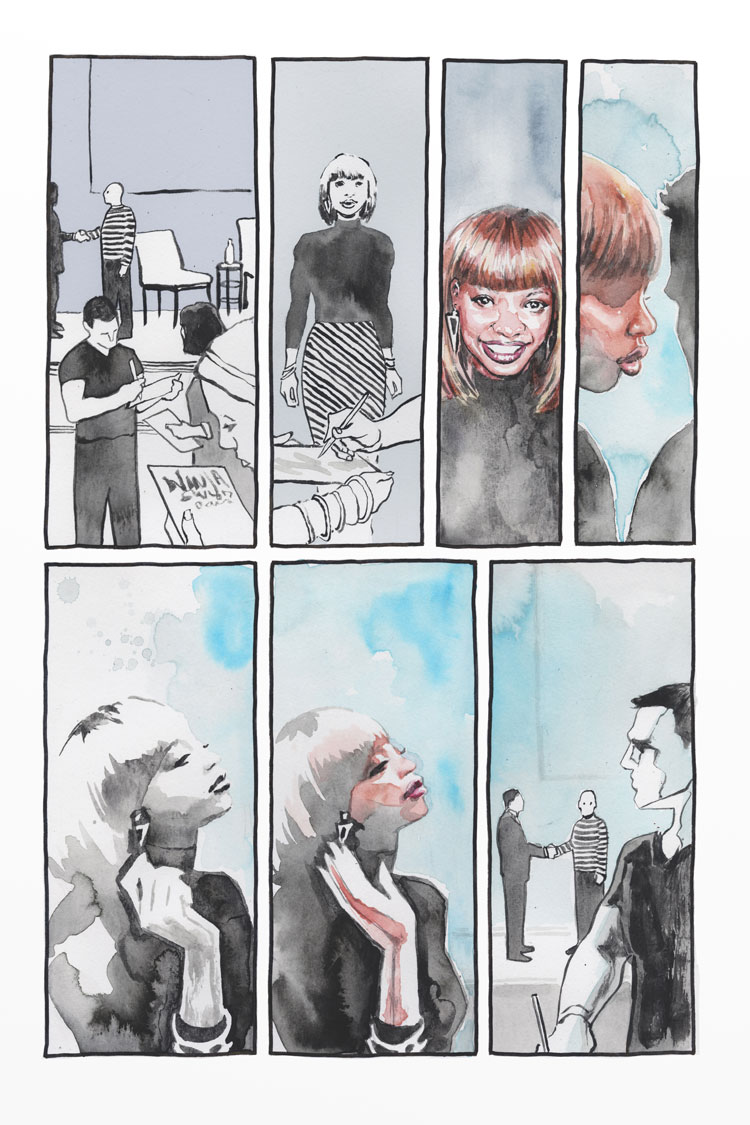 CH: How close do you work with David Mack from the script to the artwork? Or are the two of you so “in tune” with each other that you hand over the script and let him go.

BMB: We are very in tune but the idea is to not stay “in tune,” but to challenge each other and scare each other.

That’s what you get that’s good from a long collaboration, we both know each other strengths and weakness. We also kind of know that if we push one or the other in a certain direction something amazing will happen.

I think David is a genius. He’s not like other people; it’s a very different thing. We talked about what we wanted to do with this book for a very long time, and so what I did was I write the script with a story for him. Here’s me telling you the story; now you take it and tell your version of the story. You don’t have to be beholden to any of this. Do all of it. Do none of it. But its written for him.

Then I started getting artwork from it and it’s all beautiful. The artwork almost has a musicality as it goes from abstract to realism at the moments the character most needs it to. 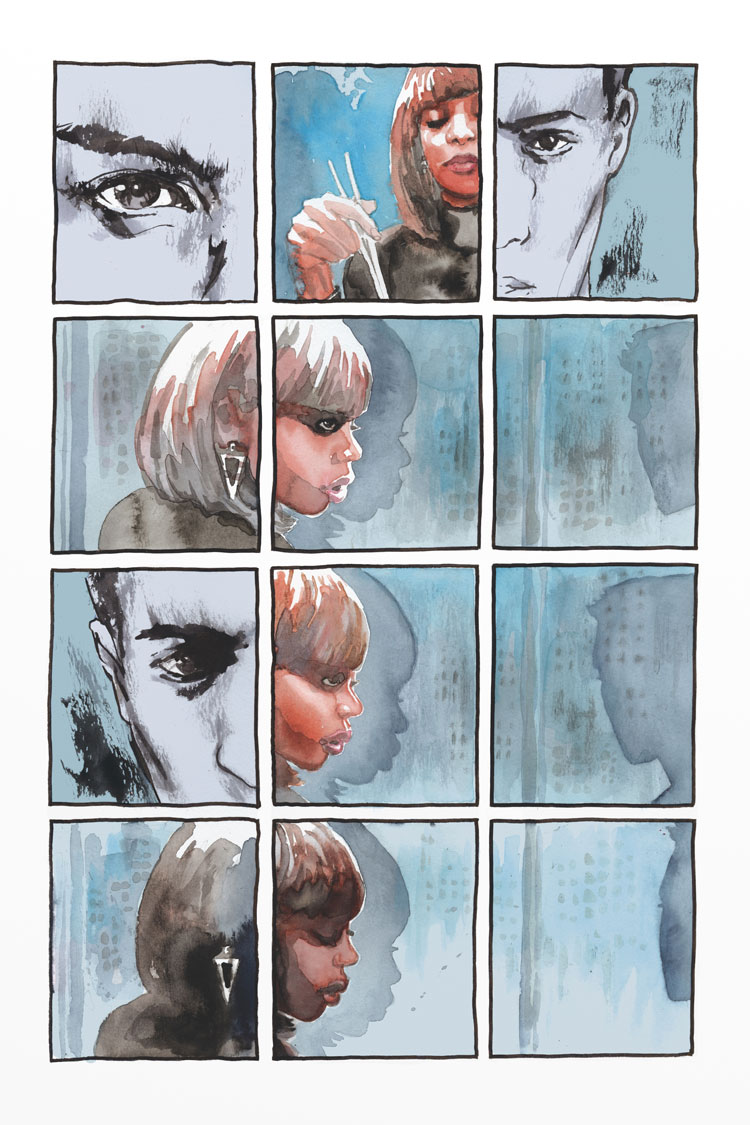 CH: That leads perfectly into my next question. There is a very clear transition in the style of the artwork from abstract to a more realistic rendition. Was this something you decided or something David came up with?

BMB: In the script, there are tons of subtext: who is really who they say they are, and what they are really doing. I give him tons of info, so that when things are revealed later his art is truthful, but I don’t say how to do it. I don’t say how to do it with any artist, but with David in particular since I’ve known him so long.

I don’t know what I’m going to get but I know that it’s not going to be anything I thought it was going to be. It’s like the trust game. 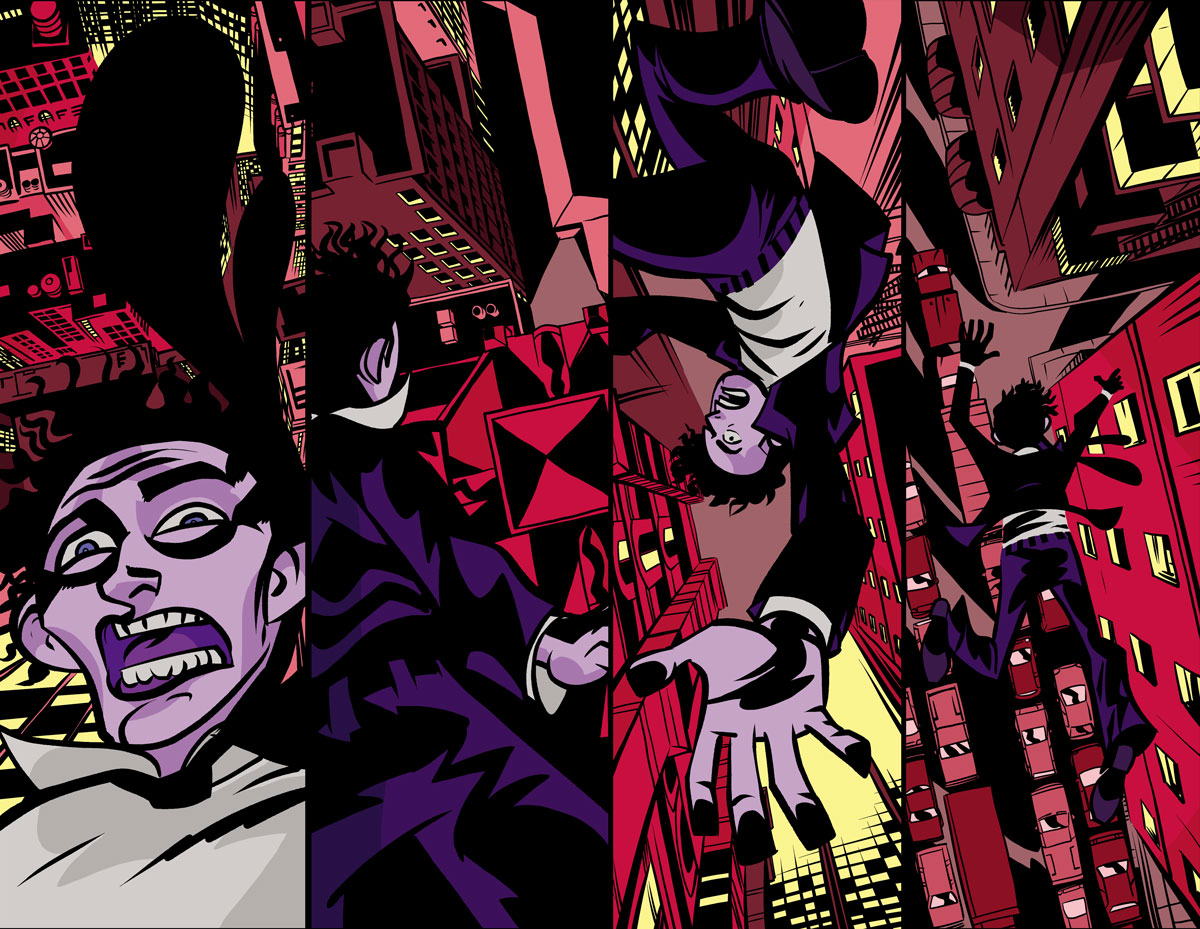 CH: You’ve done a lot of crime, noir, and police stories in the past. What is the attraction for you in these types of stories — and especially with the story of United States Vs. Murder, Inc.?

BMB: You have a passion, so you go looking for stuff.

When I was developing earlier work, I didn’t have any credits. No one knew my work, so it was very difficult to get people to open up to me. Now I get introduced as the creator of Jessica Jones and people open up and tell me all kinds of stuff. I get told a lot of stories. 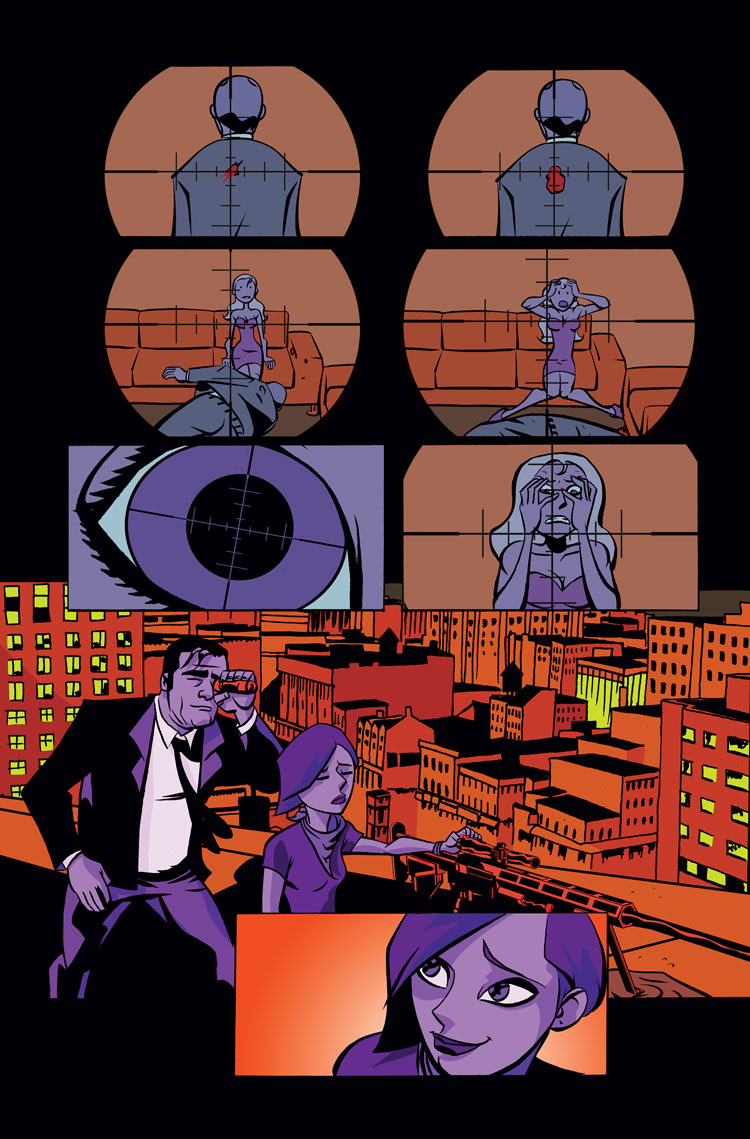 So, I wanted to tell this story of Murder Inc., but I realized that it had already been told before because it was told to me. There were also already a couple of films that had come out that were traditional gangster pictures and they didn’t do well because there was not much new to them.

So, I started talking to Michael Oeming about telling a gangster story that we would be interested in. What if the five families never gave up and stood their ground? It’s a completely different America but we are able to tell a very American story because of it. 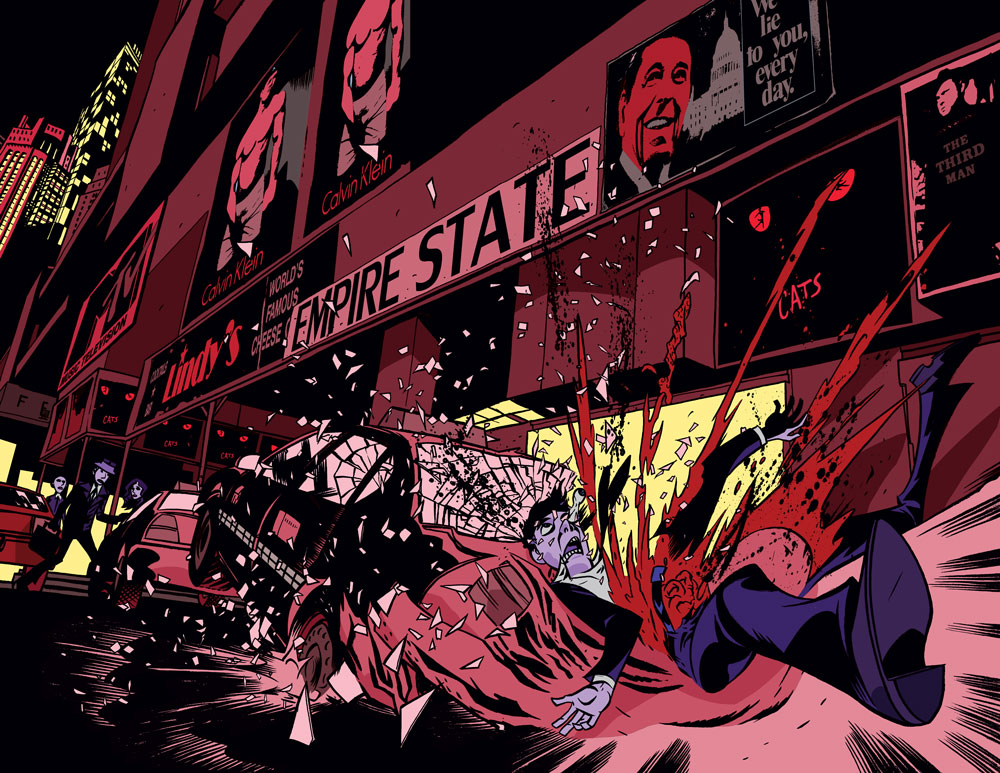 CH: Do you believe that something like this alternative history you’ve created could have actually happened?

BMB: I actually do. I know it seems like a big leap for some people. There was a period of time where there were a lot of high profile mob stuff going on with the government. There were some ballsy moves going on and happening in plain sight. There was a movement within the families to continue that behavior, but it got knocked down and the FBI had some good moves to stop it also.

So, it was interesting to me to really delve into what the norm would be; how would the real world react if that did happen? Just like, here we are now in the world we live in, with the norms that we thought were the norm in our government — and it has completely turned around. 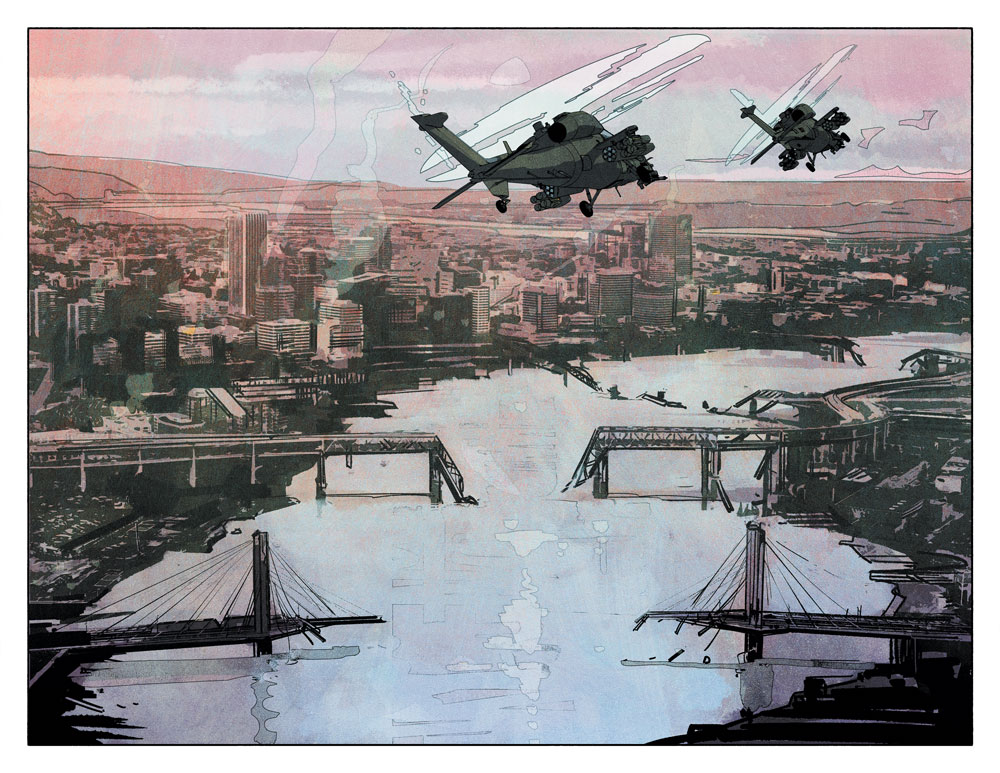 CH: You wrote Scarlet eight years ago in a very different world. How has the changes in our world affected how you pick up Scarlet’s story?

BMB: I have a very interesting situation happening with Scarlet. This book started eight years ago and the world was totally different than it is now. The world has completely shifted under the narrative of this book.

Yet the book has become more truthful. It’s shocking. I’m fascinated by how the truth of it is more truthful now.

It’s not a political book. It’s about how much will society put up with, how much corruption can people choke on before they can’t take it any more and I truly don’t find that to be a political issue. Nobody is pro-corruption. 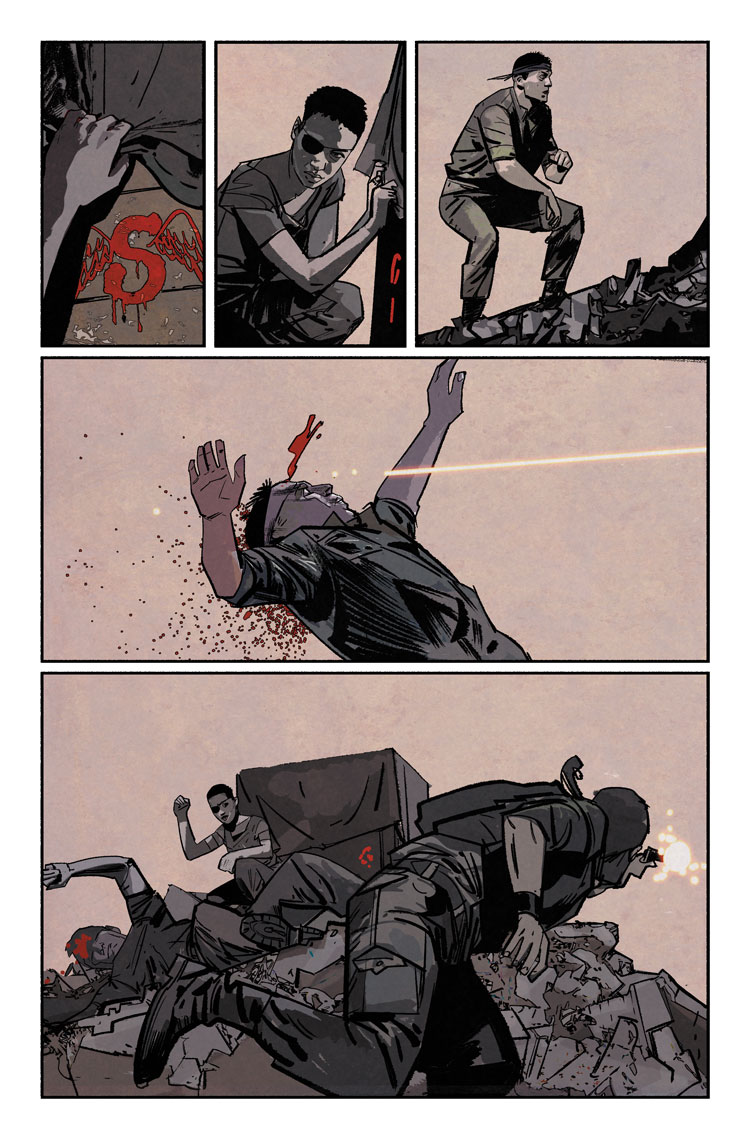 CH: Scarlet seems to be handling things pretty well for having started a revolution and now existing in heavy combat.

BMB: It’s a mask that she has put on and you will see in the next issues where she really is. It’s like any good parent will tell you: you put on your brave face.

There are moments in the first story arc where she calls for revolution and just the act of that was enough to help heal herself and move on. But the act of this has caused all this and now she is there in it and is responsible for it. There is no way to end it. Protests never end well, so something has to change. A choice has to be made. What is interesting is that she is so bold that she forces all the other players to freeze and that is why the city is still at the moment. 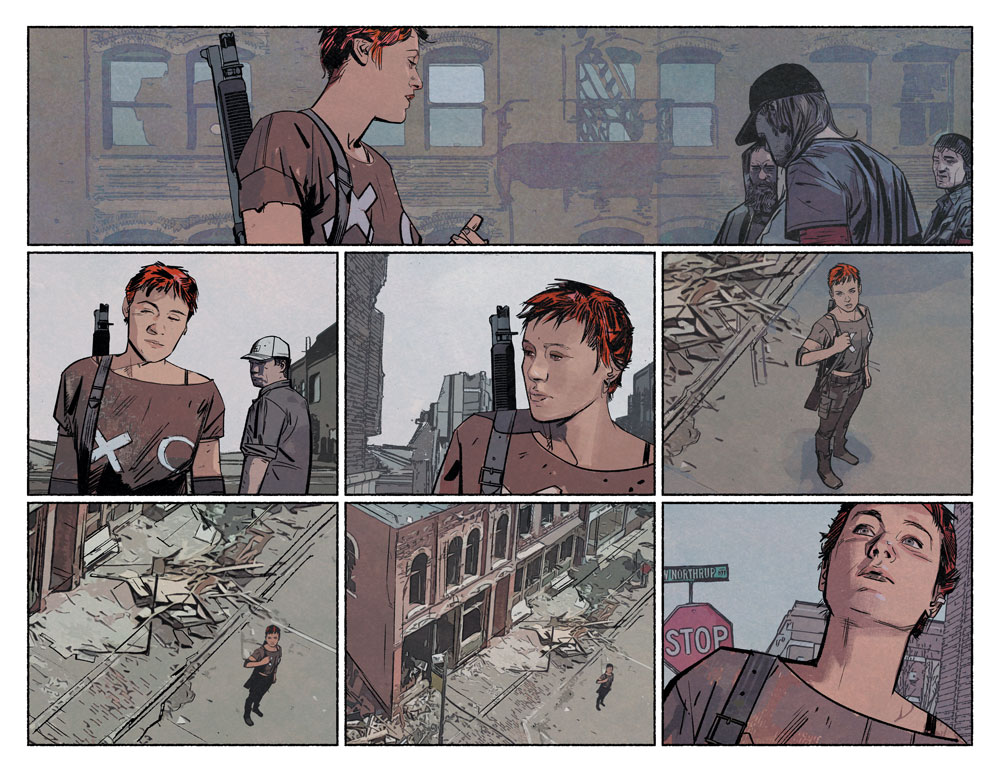