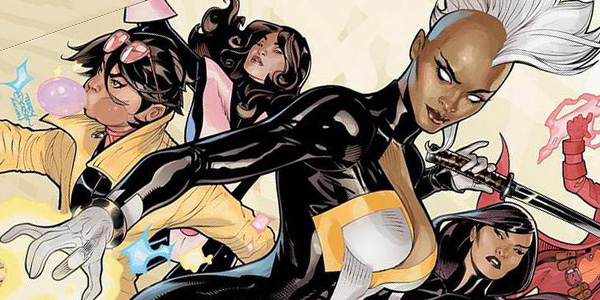 Currently the writer of no less than five acclaimed titles for three publishers — The Massive, Conan the Barbarian, and the brand-new Star Wars for Dark Horse, Mara for Image, and Ultimate Comics: X-Men for Marvel — Brian Wood is making headlines again with his upcoming X-Men. Centering on Jubilee, Storm, Psylocke, Rogue, Rachel Grey, and Kitty Pryde, X-Men will not only be a title jam-packed with fan favorite characters, it will also be the first time a flagship X-Men title has featured an all-female lineup. In an email conversation, Wood talked what brings this new team together, and how character-driven stories (with lots of big action) are the key to pleasing new and old readers alike. 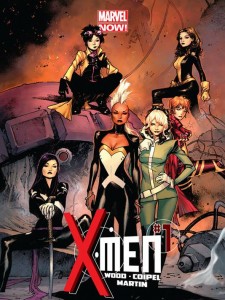 Gavin Craig: X-Men seems to be a title that will appeal to both long-time readers and those who have been yearning for more female-led ongoings in the marketplace. How do you balance the demands of the two audiences in putting together a title like X-Men?

Brian Wood: My gut tells me that what you have to do, all you have to do, is find the core of each character and give them interesting and original stories. New readers can be brought up to date quickly this way and longtime readers will appreciate a classic and familiar approach. You don’t need to info-dump for the sake of new readers, they’re smart enough to hit the ground running. What you can’t do is tell stories based solely on past stories or are so deep in continuity that will ONLY ever appeal to the hardcore fan. I always look at New X-Men #1 by Grant Morrison: a bare minimum of captions and explanation, but it was cool and dense and exciting and also accessible. It was almost impossible to find something to dislike.

I see this here as a real opportunity, as this book more than most has a real shot at reaching new readers. I have a readership of my own that, while not huge, tends to follow me to new books pretty faithfully, and a large number of them are women and this book is perfect for them. Seeing this get written up in places like Wired is another great bit of outreach. All the mainstream press is treating this as something special, and so the burden is really on me to make sure that doesn’t go to waste. If we get a lot of casual buyers when the book launches, I want to hold on to as many as possible. An all-female core X-Men title is a FANTASTIC idea.

GC: X-Men has a fascinating line-up, and focusing on Jubilee is a striking choice given the way she’s so often written as a flighty and sometimes childish character. What drew you to the idea of handing Jubilee the leadership?

BW: Well, I’m not sure I would call Jubilee the leader. Storm’s the leader if anyone’s the leader, but the focus of the first couple arcs is on Jubilee, if you see the distinction. And I certainly don’t see Jubilee as flighty or childish — those are both very negative terms. Jubilee’s young, and she, thank god, has retained a youthful spirit despite some pretty rough life experiences. I see this as a positive, and what I have to do as a writer is to showcase this without going too far and making her seem trivial, or joking around too much. That said, you WANT to see these characters joke and banter back and forth with each other. So that’s the line to walk, right there. Appropriate moments.

Beyond that, everyone loves Jubilee. Even if they are wearied by extended vampirey stories, deep down they love Jubilee. I’m going to remind them of that. A classic Jubilee but not a retro Jubilee. 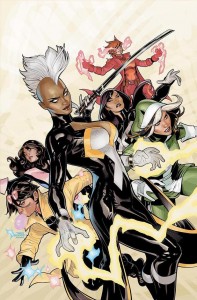 GC: Everyone in this lineup has led an X-team at one time or another. Can we expect this to be a group that will settle into a harmonious team dynamic, or are there likely to be there to be a lot of individual missions and agendas?

BW: This is a team in the loosest sense of the word. There is no formal declaration of their status or the setting up of an HQ and so on (at least not in the near future). This is a team born out of necessity, literally to protect one of their own, and we take it from there. These characters are all friends, all have shared history, and their banding together in a time of need is both natural to them and to the reader. As we go, we’ll have solo issues and side stories in addition to the “big mission” arcs, since all these characters have the stature and the history to drive their own stories.

I’m being vague because we’re still pretty far out and I’d rather wait for some preview pages before I start getting into the details of the first story, but we’ll kick it off with this huge, planetary-level threat and multiple fight scenes and some great high action, to sort of prove the point, to show how well and how effective this group of X-Men can be.

GC: You’ve talked about Chris Claremont and Grant Morrison’s work on the X-Men as being inspirations for this title. What elements do you find most compelling about each of their runs?

The character relationships and dynamics of Claremont and the big concepts of Morrison. I’m not setting out to ape either of these writers, obviously. . . that quote of mine came from a question asking what past X-Men I enjoyed, and those two writers are at the top of the list. I think my run last year on X-Men was pretty well received and I know what worked and what didn’t, but that run should give you a good idea of my “voice” on this new series. But with bigger action!

GC: What has been the most exciting part of working with Olivier Coipel?

BW: Man, just seeing the work coming in! It’s the most exciting and the most frustrating, because it’s almost a torture to wait for it.

GC: Any last thoughts or special teases you can share with the Comicosity audience?