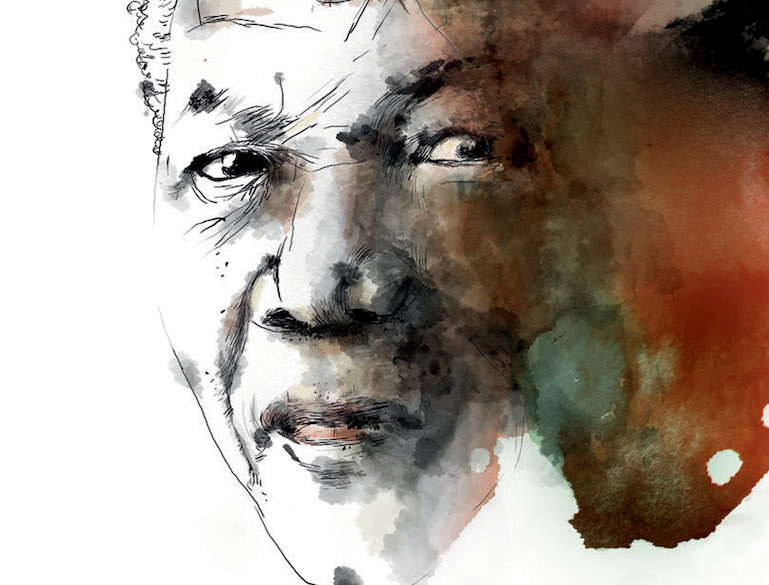 Global history has been, and truly still is, wrought with racial tension. One of the biggest examples we have is the apartheid that plagued South Africa for decades and ended within relatively recent history. Nelson Mandela, one of the most famous figures involved with the end of apartheid, was monumental in creating important change. A new graphic novel, Mandela and the General, doesn’t quite focus on him though. Instead, writer John Carlin and artist Oriol Malet decided to highlight one of Mandela’s opponents, Constand Viljoen, as a way to shine a light on the injustice doled out with his help and on Mandela’s own greatness. We got to have a chat with Carlin about the story, his relationship to it, and how it reflects a harrowing but vital time in history. 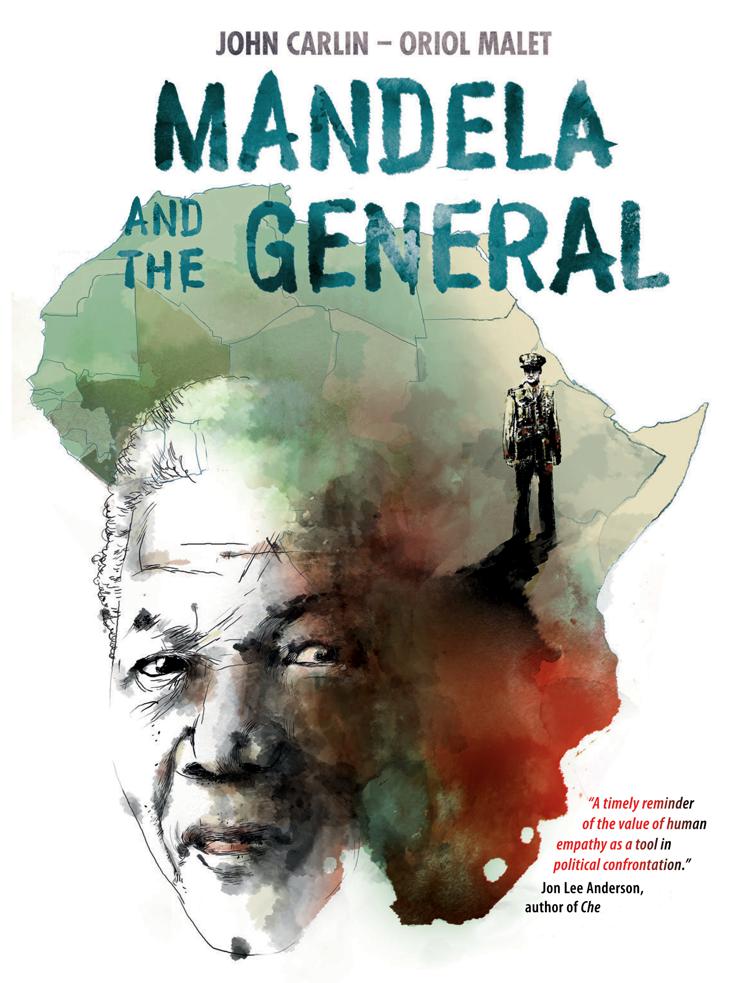 Allen Thomas: What made you want to help craft this story?

John Carlin: First, because my help was needed. Second, because selling words is what I do for a living. Third, because I think this is a very timely story in the age we live in.

AT: This is an unexpected perspective for a story regarding Nelson Mandela. Why did you choose this approach and what was it like for you to write through Constand Viljoen’s eyes?

JC: Well, not unexpected for me. It is a story that has stayed with me for a good while. I was asked by my publishers if I had a pithy, powerful tale to capture Mandela’s genius and this was the best I could come up with, from the many Mandela stories I have in my head. Writing through Viljoen’s eyes was probably presumptuous of me but I thought it best to describe Mandela’s charm and political wiles from the point of view of someone who succumbed to them. 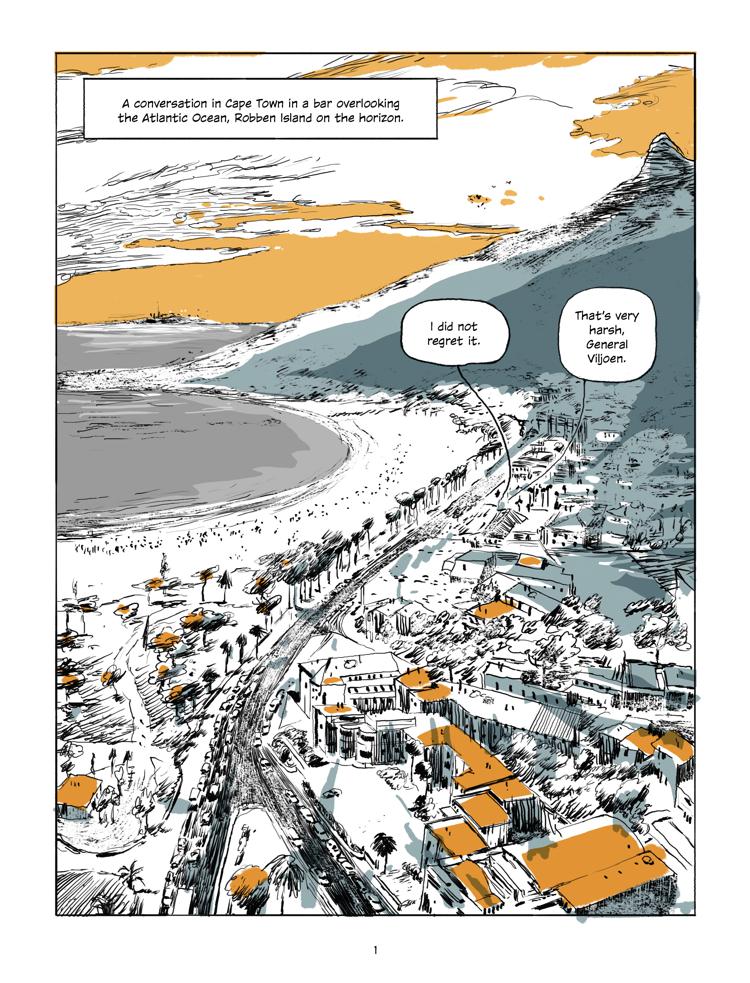 AT: Racial violence is at the forefront of apartheid and many historical events, and some of them are either overtly or covertly shown in this graphic novel. What is it like for you as a creator to address these kinds of narratives?

JC: I lived in South Africa for six years, from 1989 to 1995, a period when political violence, racial and otherwise, was something I witnessed and covered day after day. I became very personally involved in all this, to the degree that I received various threats and I learned there were discussions among the secret police as to the merits of killing me. So this is not something new for me. I never tried to be “objective” in my coverage of apartheid, any more (I like to think) than had I been a reporter under Nazism.

AT: There is such a limited but powerful and deliberate range of colors used for this comic. What did you hope would be expressed through this artistic decision?

JC: Not my territory. All I can say is that it was an absolute pleasure to work with Oriol Malet on every single level. 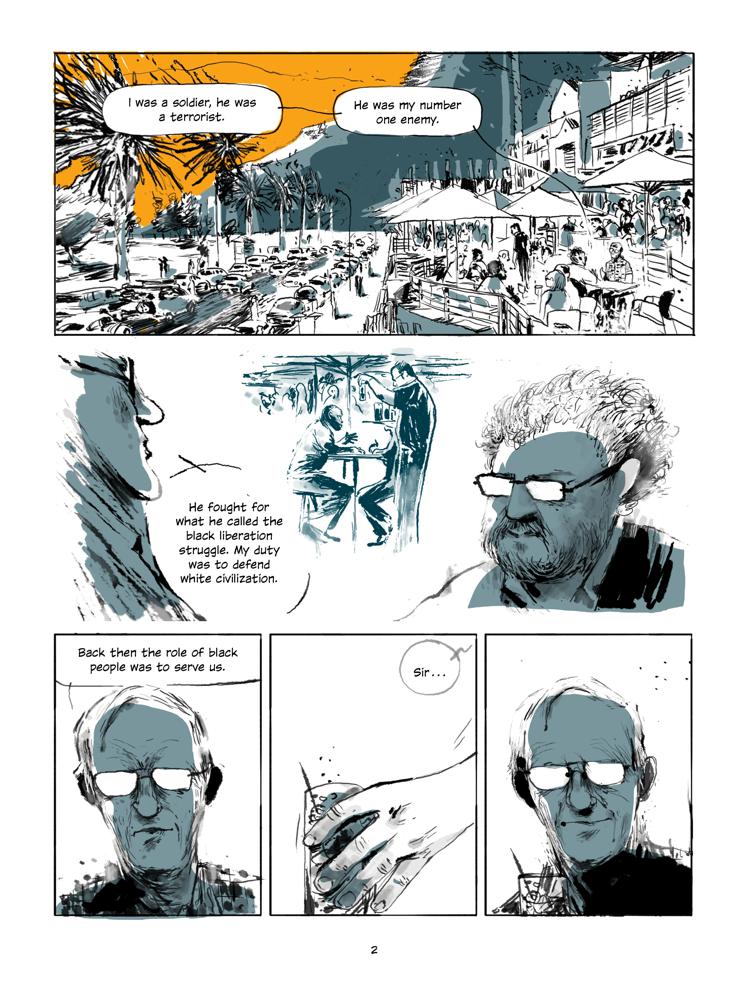 AT: Writing a story from the point of view of someone who actively marginalizes others is not easily done. How do you draw the line between satire, punching down vs. up, and the justifiable vilification of oppressors?

JC: There was no deliberate satire or punching down or even much in the way of vilification. Telling the story as it is works well enough. There is no need for clever literary devices and no need to force the issue.

AT: As readers experience this narrative, what do you hope they get from it?

JC: I hope first of all it engages people and they keep turning the pages. Having digested the story I’d hope they would pause for thought. I hope it would in some way shape or modify or impact their political thinking I hope they figure out that Mandela was the ultimate anti-Trump. 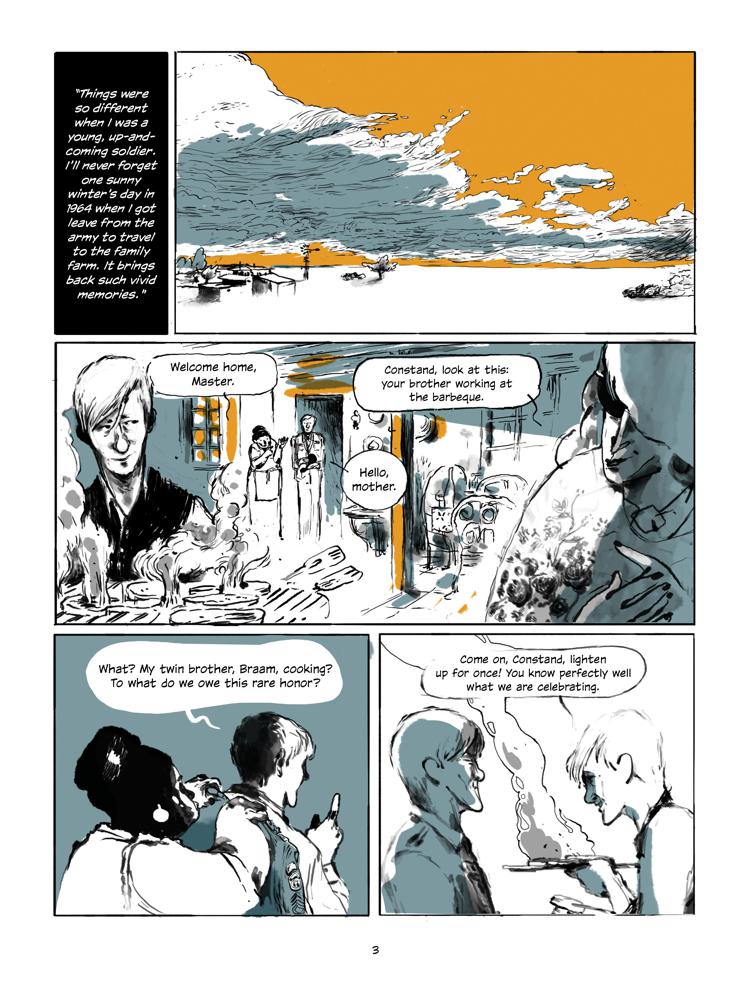 JC: I hope people of all ages read this, but especially young people. Mandela’s example needs to be kept alive.

Published by Plough Publishing House, Mandela and the General was released on November 5, 2018. Check out the graphic novel, a piece of history, artistic choice, and a striking narrative!