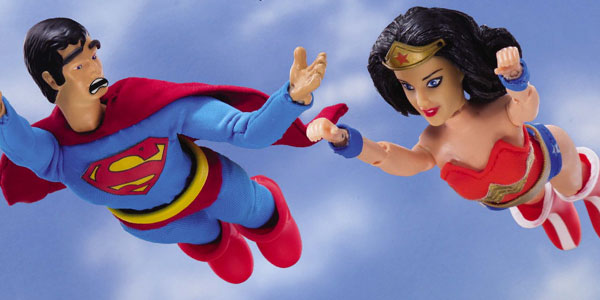 Superman/Wonder Woman #3 may have featured the kiss seen around the world, but off the page, the moments that grabbed fans by the collar happened at the end of this week’s issue #6. With tons of online debate still swimming around the New 52 match-up of the Man of Steel and the God of War nee Amazon Princess, writer Charles Soule is riding the wave with a smile and growing support from fans old and new. We talked to Soule about the book’s success, the dynamic between his main characters quite familiar to fans of a certain space odyssey, and just where he’ll be taking Superman and Wonder Woman in the months to come. 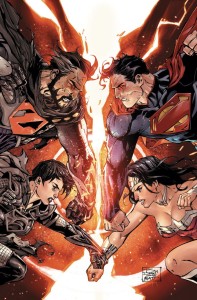 Matt Santori: Charles, thanks so much for taking time out of your insane schedule! Superman/Wonder Woman has now finished its first arc. How do you feel about the reaction in contrast to expectations before the first issue?

Charles Soule: That’s a great question to start with. I think people have been ranging from pleasantly surprised to shocked at what the book actually is. I think that they were expecting something almost shallow, focused on fan service moments relating to Superman and Wonder Woman making out, or stuff like that.

And that was never what I intended to do. What I wanted to deliver was an epic super-hero story — an epic action story, really — that has a romance as part of its storytelling recipe. And I think that’s what people got. I felt from the beginning that a super-hero story that had a gigantic romance at its core has a huge amount of emotional resonance that you don’t always get in super-hero stories.

It’s also allowed us to touch on things that had never been touched on with Superman or Wonder Woman before, which is almost impossible to do. This is what I wanted to do from the beginning and I’m glad that people are finally seeing what the plan was. They seem to really be enjoying it! 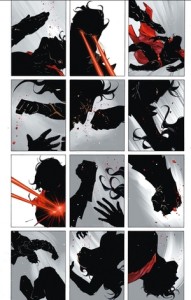 MSG: One of those things that we haven’t seen before is the difference between the characters, in that Diana seems far more at ease with herself than Kal. How has that dynamic been for you to explore and why do you feel that is?

CS: I think part of it is the secret identity. Diana has been raised as someone who has always been an Amazon and always been proud of that. She’s always known exactly who she was and has not seen a need to hide that part of herself from the world, generally speaking. But Superman has been raised differently. He’s not ashamed of his heritage or abilities, but he has been trained to — and has decided that he needs to — put that aside from time to time and just be Clark Kent.

In issue #4, they have a conversation where he explains that he needs to be Clark because it helps him stay in touch with the people he’s trying to save. And if he doesn’t do that, then he’s worried that he’ll end up putting himself above them, whereas Diana doesn’t see it that way. I think that’s a fundamental difference between them that is not bad or good. It’s just something that’s different about them.

MSG: And we did get a note regarding this story taking place before Brian Azzarello’s run, so going forward, are we going to see how Kal adjusts to Diana’s elevation to God of War, and how do you think that will improve or exacerbate that difference between them? 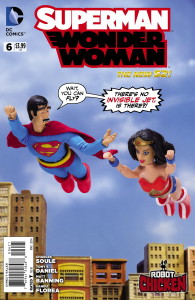 CS: You know, that’s interesting. After the recent issue that we’ve been discussing, we do catch up to the status quo fairly quickly in my title. It’s just one of those things that’s kind of weird. She’s the God of War now. What does that mean? How does that play out? It’s something they’ll talk about and will try to figure out about each other.

The way to think about the second arc of Superman/Wonder Woman is to look at it in context with the first arc. The first arc was about a new relationship where they’re both pretty excited to be with each other, and they’re kind of learning who each other are, to a certain extent. And then, they’re learning to become comfortable with that about each other. The final moments of issue #6 are meant to convey that they’ve accepted each other. They are who they are, and they should be together.

Now, the second arc is going to be more about them growing and changing, seeing how their relationship will bend or if it will break. I think the God of War story is one element of Wonder Woman growing and changing — and there will be others on the Superman side — for both of them. It’s one of those ways to keep the storytelling interesting.

MSG: The newfound rivalry between Superman and Apollo is an interesting one, although regrettably short-lived due to events in Wonder Woman’s solo title. What inspired you to pit the god against Kal with such a vendetta?

CS: First of all, there are not that many people who can hypothetically stand up to Superman. The God of the Sun is certainly one of them. I thought that, when you’re looking for an antagonist for Superman on a physical level, you’ve got to go pretty big. Apollo is right there. I also liked the idea that Apollo’s powers would relate so well to what Superman can do, as we saw repeatedly in these first six issues. First, they help Superman and then they hurt him dramatically when Apollo powers up Faora and Zod in issue #6. 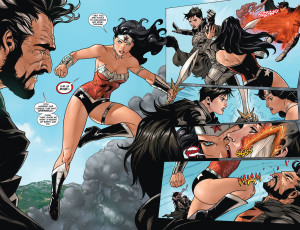 So, I thought it would be neat to have an opportunity to cross the two pantheons, if you will, between Superman’s universe and Wonder Woman’s universe, just like when Wonder Woman has that great fight with Faora in issue #5. Getting the worlds to mix a bit was something I think readers wanted to see, I certainly wanted to write, and Tony [Daniel] wanted to draw. And he did a hell of a job.

MSG: There’s a certain amount of cracked mirror reflection in the relationship between Zod and Faora with our starring characters. Other than their appearance in Man of Steel, what drew you to these two and what are your thoughts on Faora’s character especially? She’s had much less pedigree in the DC Universe than Zod since their Silver Age introductions.

CS: One of the things that can be tricky in a title that already has two leads who need a lot of screen time and character development, is that you sometimes don’t get to develop the bad guys as much as you’d like to. That said, I think we can see that Zod and Faora are for sure a couple, and Zod goes to great lengths to get her out of the Phantom Zone. And at the same time, they feel like a couple that’s been together for a while. They have their little squabbles here and there, but they’re very unified and certainly a team.

As far as Faora goes, I see her as very capable. She is mildly subordinate to Zod in that I believe she has a lower rank than general, but she really considers herself his peer. In a way, it’s just neat to get another strong woman into the title. It’s just neat to write awesome female characters, and Faora is certainly that. 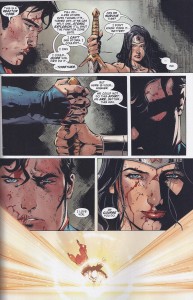 MSG: The last line between Kal and Diana is pretty much everything fans of both characters have been waiting for — that classic Han Solo moment. Digging in a bit, is it just Diana’s wicked sense of humor at play, or is there a genuine imbalance to their relationship?

CS: It’s not something I’m going to let drop. When you say “I love you” to someone and they don’t say it back — no matter what cute thing they say to you — it sticks in your mind. So, Superman will definitely be thinking about it.

As far as why she said that and why she did it, I think that Diana is slightly less familiar with the idea of romantic love than Superman is. Superman has been on Earth. He’s probably had his schoolboy crushes and all that. He’s probably dated people before Diana. And she’s probably relatively new to this dynamic, in my opinion and in the way I’m writing her. With everything else they have going on, and the dude saying “I love you” — it’s not that she doesn’t feel it too. It’s that she’s probably processing a lot at that moment. I think it’s a lot for her to handle, considering they were just beaten half to death and are stuck in a nuclear power plant while Zod and Faora are out to destroy the world.

We’ll see how it plays out, but it’s one of those great moments that you can use to build some conflict and tension going forward in the series, hopefully in a good way. 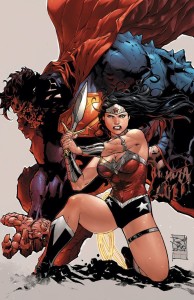 MSG: Heading into the Superman: Doomed crossover arc, any thoughts or teases you can share with us about what fans can expect to see?

CS: I’ve been working on that arc for ages with Greg Pak and Scott Lobdell, just to get everything narrowed down and figure out the plot points and beats. It will show when the issues start coming out. It’s a very cohesive and well-planned event, with multiple stages and really cool twists and turns. We start with a place that people might be familiar with, that is, Doomsday wrecking havoc like we saw back in the original Death and Return of Superman storyline. But then it goes to really, really cool and different places.

I said that the second arc of Superman/Wonder Woman was about change, and the Doomed story is going to be one of the main drivers of that change in a way that you’ll get pretty quickly. I’m really proud of the work that we’re doing, particularly the big Doomed one-shot that opens all of this, hitting the first week in May. It’s going to set the stage for everything we’re doing, and it will feel as epic as any universe-spanning crossover that covers the whole line. And in fact, it will cover the whole line by the time we’re done.

Amid the many, many books Charles Soule pens, Superman/Wonder Woman ships monthly from DC Comics. You can check out Charles’ other writing in monthly titles such as: Swamp Thing, Red Lanterns, She-Hulk, Letter 44, Thunderbolts, and the upcoming Inhuman. Did I forget any?