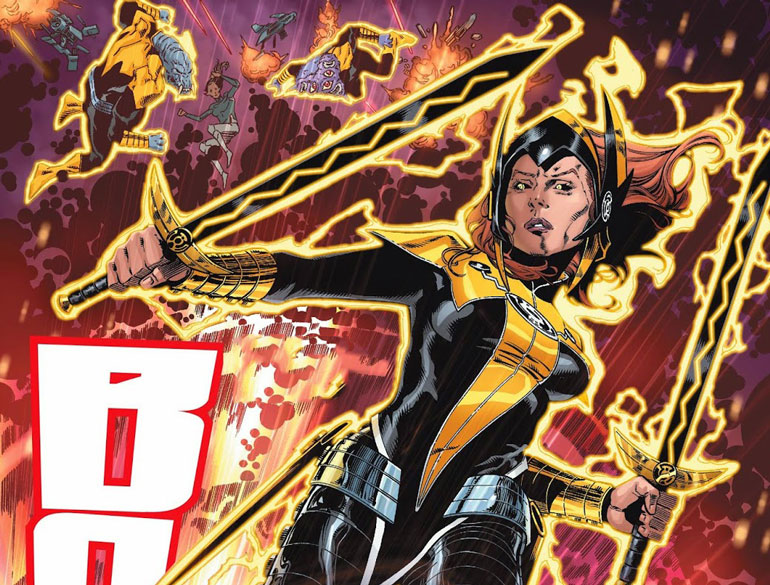 Cullen Bunn is clearly a writer comfortable with his dark side. From scripting Marvel’s Magneto title, to shooting both barrels with DC Comics’ Lobo and Sinestro titles, Bunn is comfortable building up — and digging in — to the dark villains of every universe. Bunn took a few minutes to open up about his work on this dastardly duo over at DC, and what the June relaunch has in store for each!

Matt Santori: Cullen, thanks so much for taking time out to chat with Comicosity! With the final chapter of your first storyline in Lobo having hit the stands, how has this version of the character distinguished himself in your mind versus previous iterations? 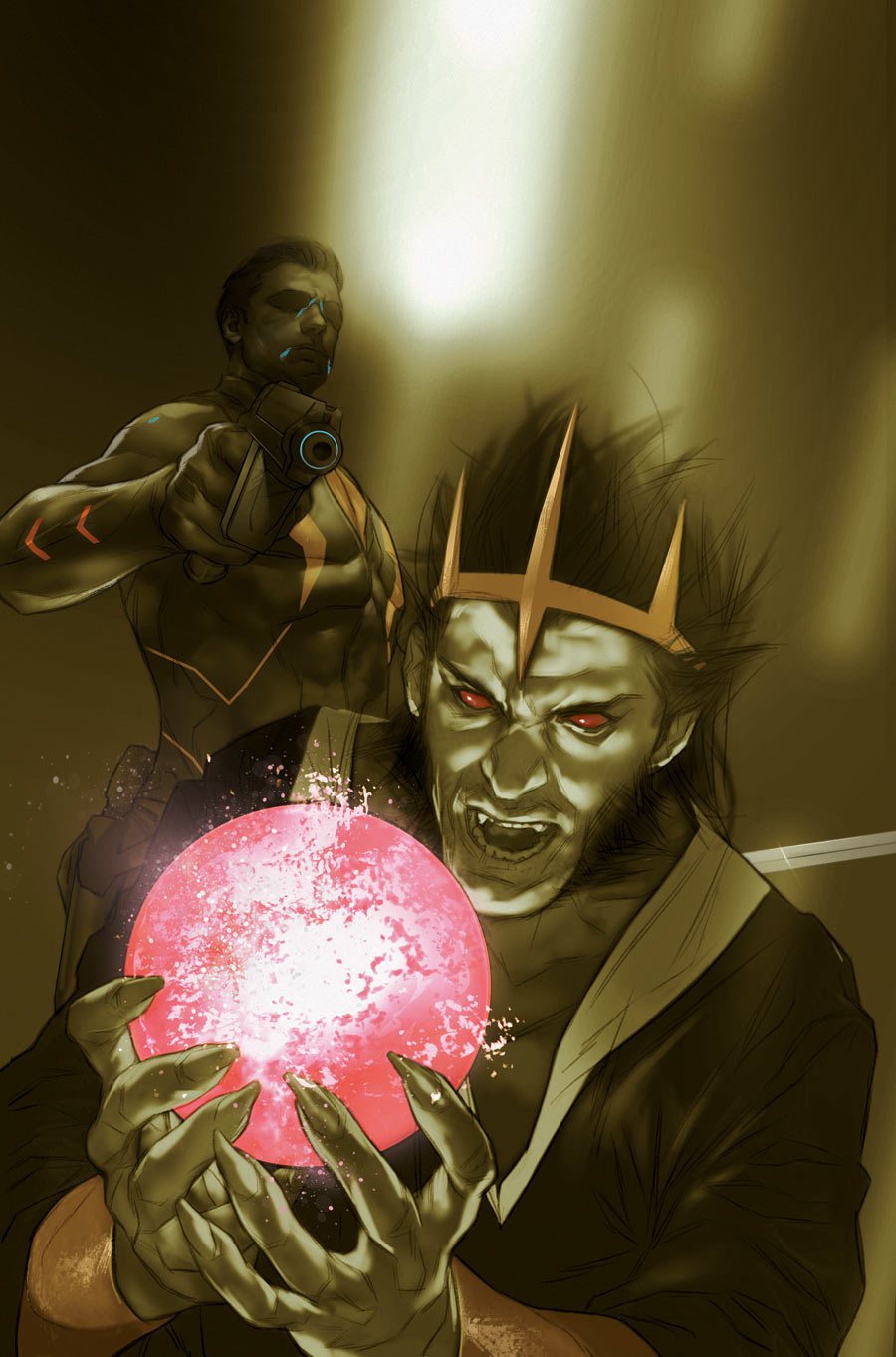 Cullen Bunn: My goal with Lobo was to take the character and start building on a backstory that went beyond “the last Czarnian.” This was an opportunity to build the character from the ground up, really. While previous iterations of the character were built for humor and mayhem, this version is much darker.

As the series continues, the stories get much darker, too. This may ruffle a few feathers, but I think the new version of Lobo is a helluva lot meaner than the previous versions, and we’ll be highlighting that cruel streak in the next leg of the series.

There’s a duality in Lobo that I want to explore. This version is cool and calm and sexy, but that also hides a vicious, murderous side that should make the reader very uncomfortable.

MSG: At the root of this storyline has been the revelation that Lobo had a hand in the destruction of his own world, but in a vastly different way than pre-New 52. Why was this distinction of him having been used important to reestablishing his past? 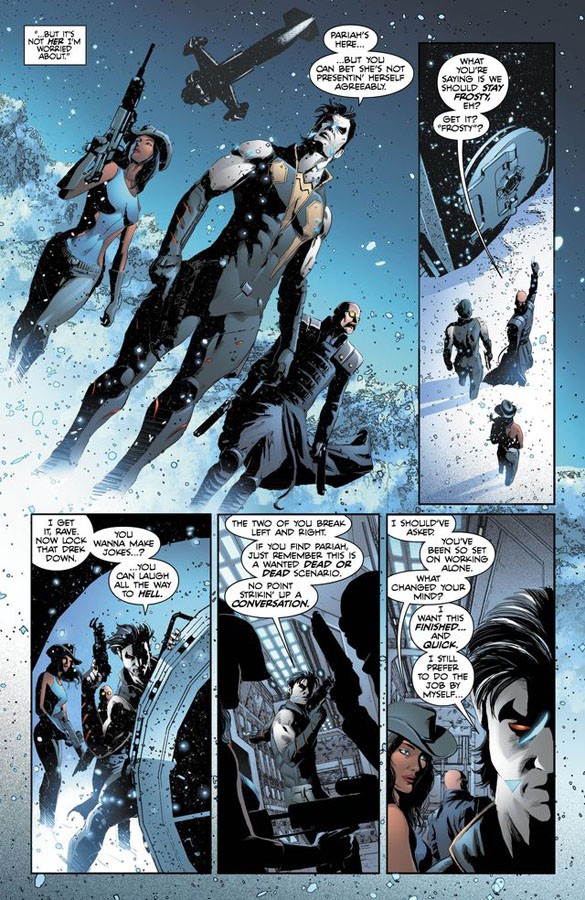 CB: I wanted to turn the idea of Lobo’s destruction of Czarnia on its ear. Saying he destroyed the planet as part of a homework assignment is pretty hilarious, but it does little to build the character in any way that felt real.

The destruction of Czarnia has always been a big part of Lobo’s backstory, so I wanted to use that idea to take the character in different directions. Knowing that there were other hands involved in the planet’s ending gives Lobo something personal to drive him forward.

MSG: Lobo’s final showdown with Pariah and departure from Earth opened up a real question about his ability to work with other people. What advantages do you see to having him work more ensemble than solo in this opening arc, and will that trend continue?

CB: With the opening arc, I wanted to introduce some human characters who were meeting Lobo for the first time and learning about his ways. Even solo characters need someone to interact with. Some readers liked these new characters. Others felt it was an affront to Lobo.

With the new arc, we’ll see Lobo on his own again. He’ll be interacting with other characters, but he won’t be teaming with a partner. 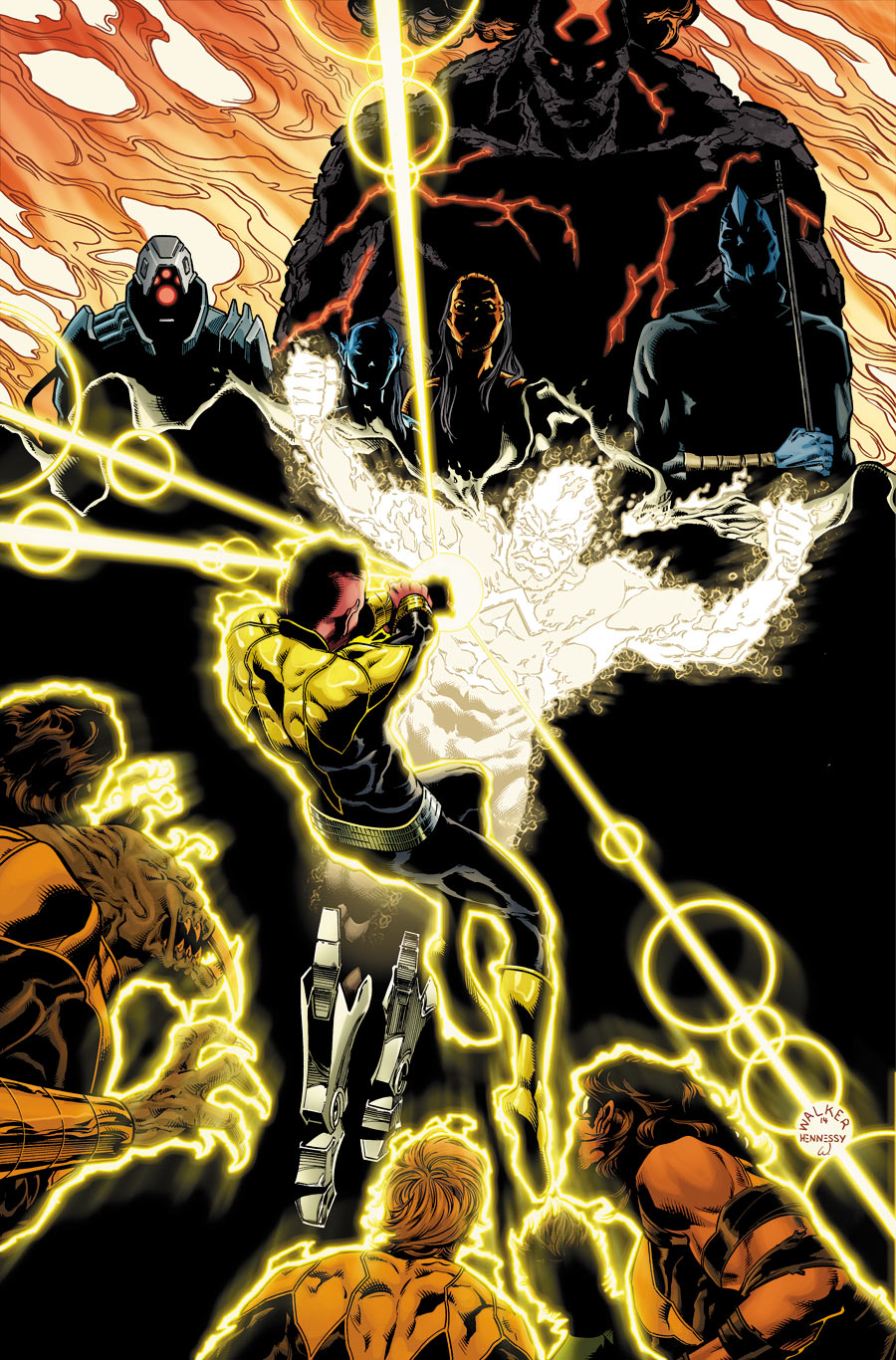 MSG: With the Convergence gap separating this latest issue from the next in June, what can you tease on Lobo’s next steps and will we see him interacting more with other DC Universe characters?

CB: Going into issue #7, you’re going to see Lobo setting out on his own again and blasting off into the depths of space. More intergalactic shenanigans! More exotic, alien locales! More violence! More espionage and assassination games! And, yes, you’ll be seeing him interact with many more DC Universe characters.

MSG: Shifting gears, the conclusion of last month’s Sinestro introduced a fairly new, powerful member of the Corps in the New God Bekka. Why was she the obvious choice for you to take on this role?

CB: I’ve always been a fan of Bekka. When we were working on Godhead, I lobbied to make sure Bekka had a big role to play in Sinestro. This ability of hers to make others fall in love was something I thought could have a huge impact on the Sinestro Corps. I liked the idea that love, as Sinestro puts it, is just the fear of losing something. 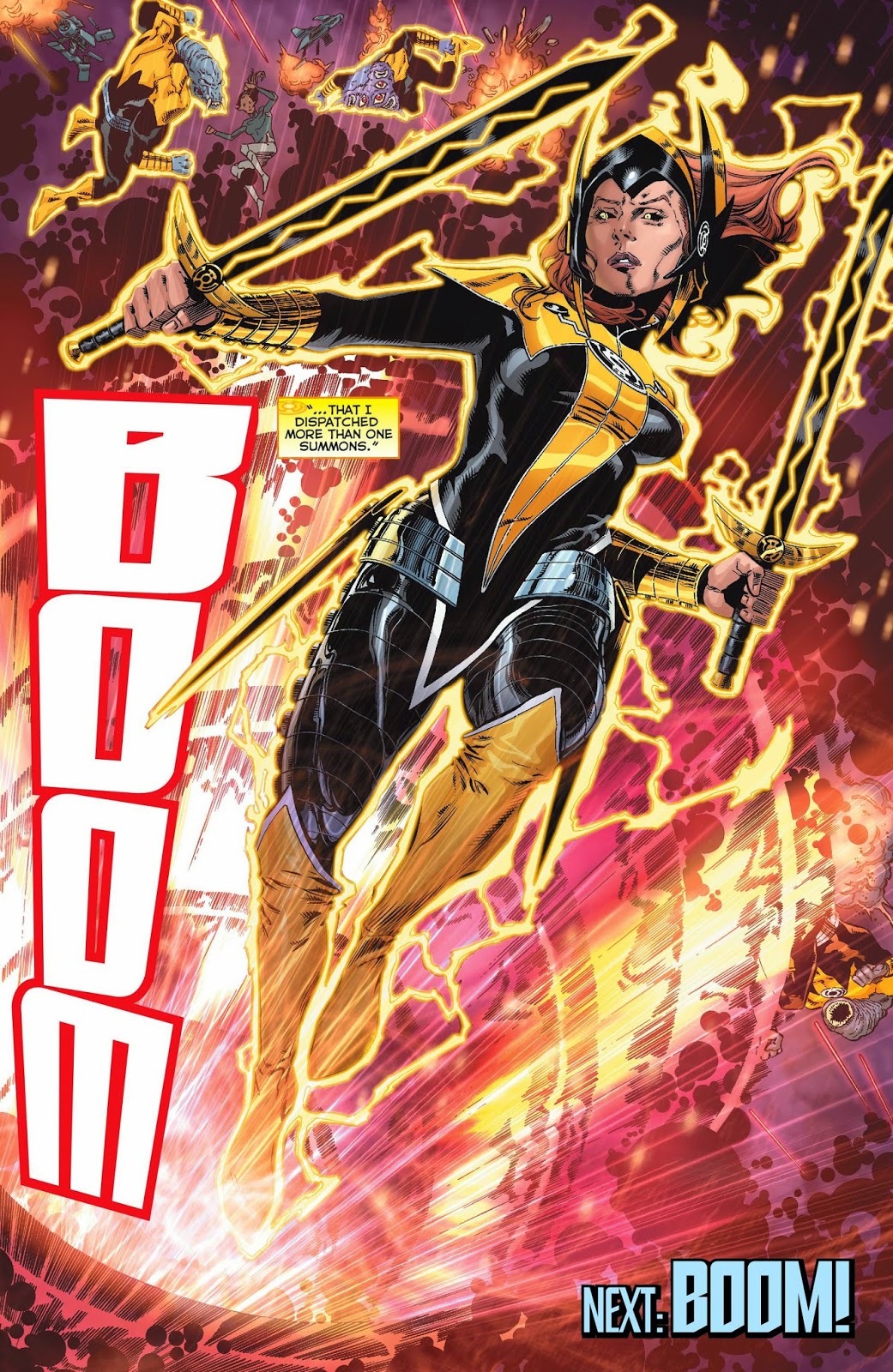 MSG: Having had a chance to work with the New Gods characters for a few months now, do you see them as villains, heroes, something in-between? Does morality even come to play for them?

CB: I’ll always picture the New Gods as heroes. That’s just where I come from as a reader. That said, I think they are in a desperate war and they’ll resort to ruthless acts to accomplish their goals. That can certainly paint them in a villainous light.

Going forward, I think it would interesting to see their goals play against the goals of the Sinestro Corps.

MSG: Any teases or special thoughts on Sinestro, Lobo, or even Aquaman and his terrible foes as we hurdle toward DC’s big June relaunch?

CB: Hmm. Let’s see if I can offer some teases that don’t spoil too much.

In Sinestro, there’s a traitor amidst the Yellow Lanterns. This is someone Sinestro has to find before he or she destroys the Corps, New Korugar, and everything else. At the same time, we’re going to see Thaal making a bit of a power grab across the universe. His reasons for this power grab will be explored as the series continues.

In Lobo, we’re going to see a few more exotic adventures in the depths of space. The stories will take a little bit of a darker turn going forward, and we might be seeing Lobo hunting down some well-known targets.

Aquaman is a little more difficult to talk about. All I can really say is that you’ll be seeing foes who are unexpected. Some are existing, some are new, and some are re-envisioned.​

Cullen Bunn returns to the DC Universe with three ongoing titles in June — continuing on Sinestro and Lobo, and picking up the reins on Aquaman with issue #41.