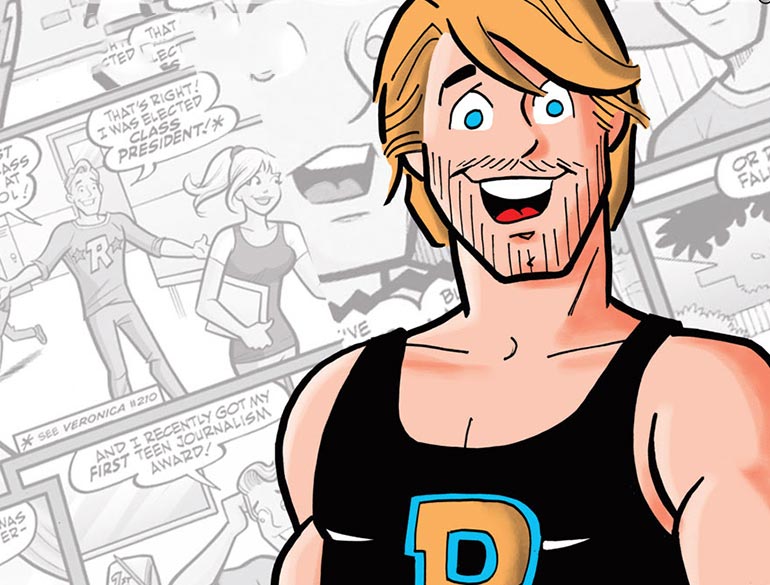 Archie Comics has progressively been relauching its entire main line, first pushing out new versions of their hallmark titles, Archie and Jughead; then announcing new ongoings for Betty and Veronica and Josie and the Pussycats. Now it’s Kevin Keller’s turn with the launch of digital-first title Life with Kevin. Writer Dan Parent swings by to share a few tidbits on what fans can expect with tomorrow’s release, and how seeing Kevin all grown up changes things.

Matt Santori: Dan, thanks so much for taking time to chat, and congrats on the new Kevin Keller series!

MSG: How does it feel coming back to Kevin once again for a brand new series?

DP: It feels great! The timing feels right for a new Kevin series. And this is so much fun! 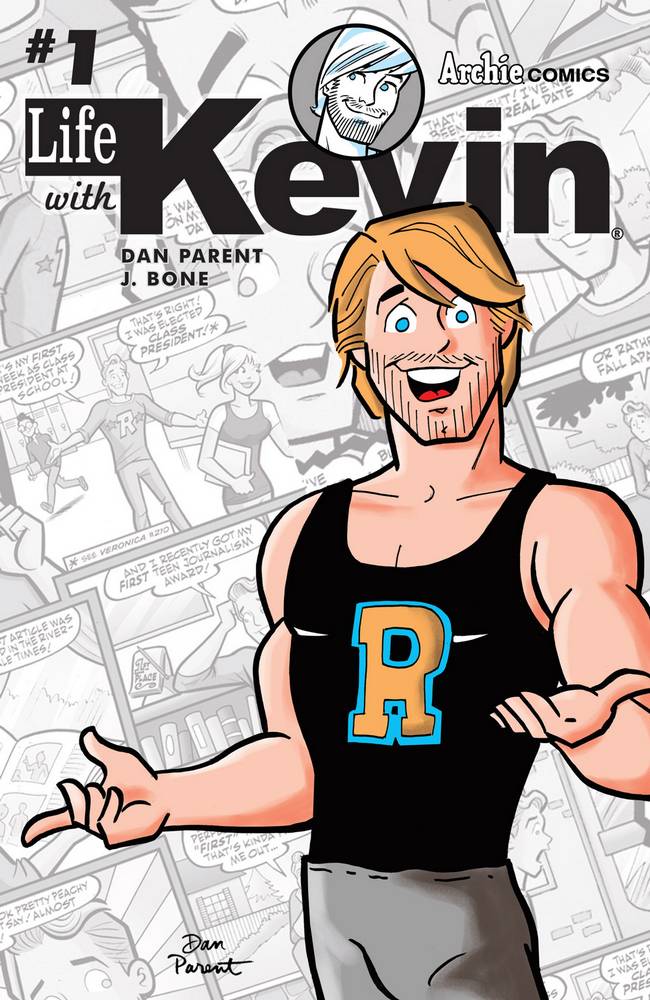 MSG: With the new book, Life with Kevin, we now have flashed forward a number of years to Kevin’s post college life. What do you feel is the defining difference between his outlook now and when you last wrote him?

DP: Kevin’s outlook is pretty much the same. He wants to make a difference in the world. But he wants to have fun and experience life too! But of course there are more challenges in the real world, especially when you have to survive on your own!

MSG: As a young man who came out now many years before, Kevin is going to have a very different perspective on his place in society as a gay man — particularly in light of last year’s Supreme Court ruling. How are you planning to express that growth and change in perspective over that period of time for Kevin?

DP: Well, Kevin lives in a world now where gays are equal when it comes to marriage equality, which wasn’t the case a few short years ago when Kevin was introduced. We will address these changes, via older gay characters and supporting characters who have seen more discrimination in the past. 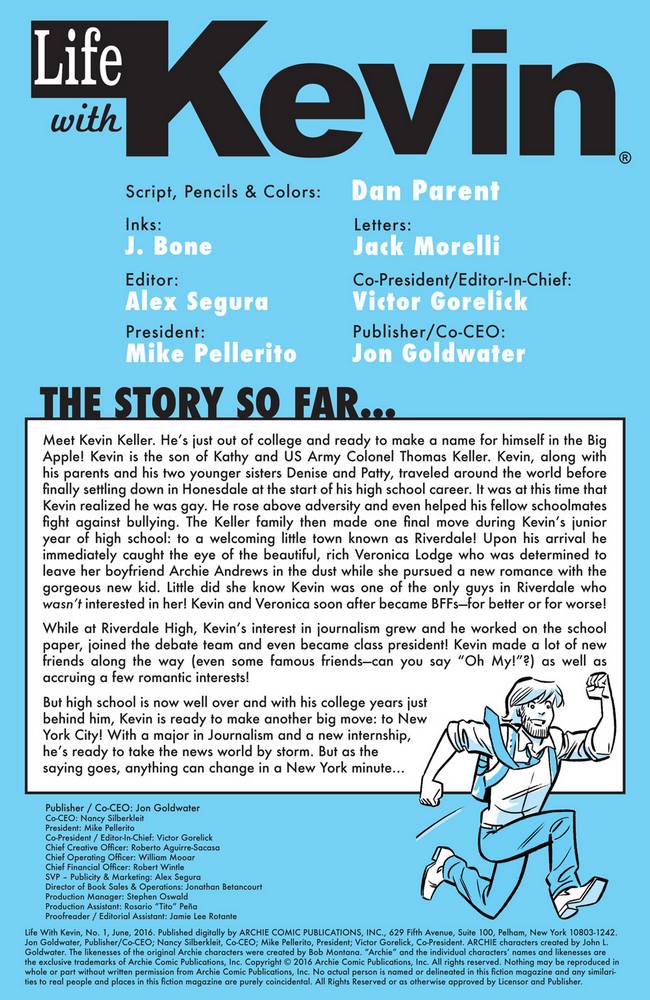 MSG: Particularly, after last weekend, violence against LGBT people (and not just Kevin’s G) is a huge factor, particularly in large urban areas. How do you balance a light-hearted approach to the character with some of the harsher realities outside of Riverdale?

MSG: What can you say about the cast filling out the rest of the book?

DP: Well, Veronica plays a strong supporting role in the story, to much comic relief! She’s on her own, hanging with Kevin, and the girl is a hot mess! But a lovable one! And we have several ( that’s right SEVERAL) new boyfriends for Kevin, plus some interesting characters at his workplace. Some you’ll love, some you’ll hate…

MSG: J. Bone is inking you for the new series and the look is particularly different than previous series. Can you talk about how you two developed this new style?

DP: I’ve always loved J. Bone’s work, and I thought he could add a nice line style to my work. Plus he’s great at drawing good looking men, and he’ll tweak my Kevins to make him look even better! 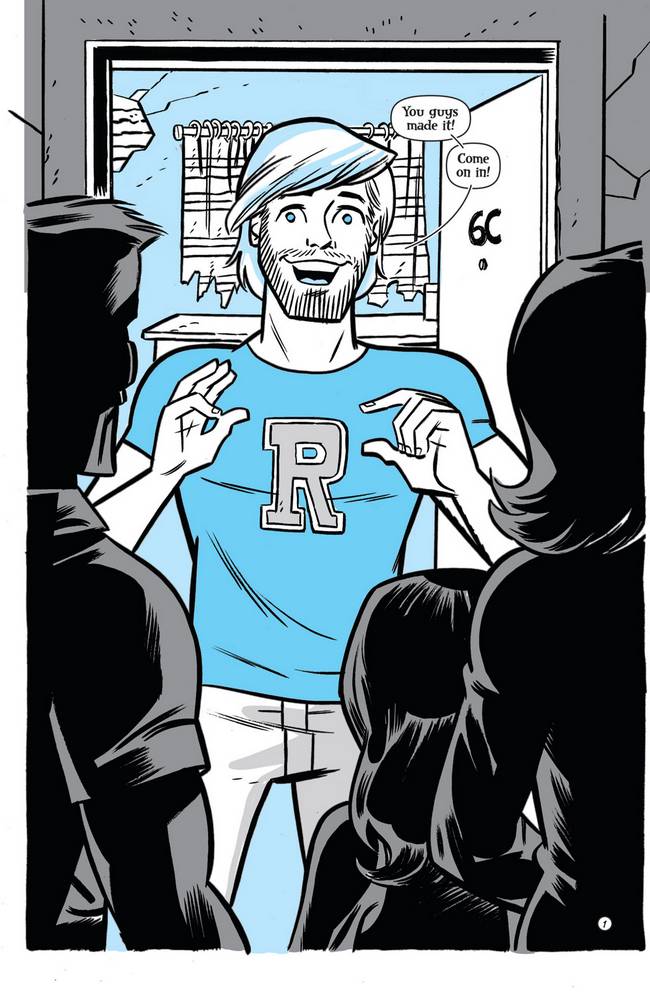 DP: I’m really happy to be working on this, and I feel this series is even better than the first. The character of Kevin has evolved, and our readers of Kevin have supported him enough to allow that. When Kevin came to be, some wondered how the fans would accept him. But the Archie readers loved him form the beginning. But I always knew our fans to be loving and inclusive. And I was right.

Archie Comics’ Life with Kevin #1 will be available digitally on the Archie App for iOS and Android and other digital comics platforms starting tomorrow! 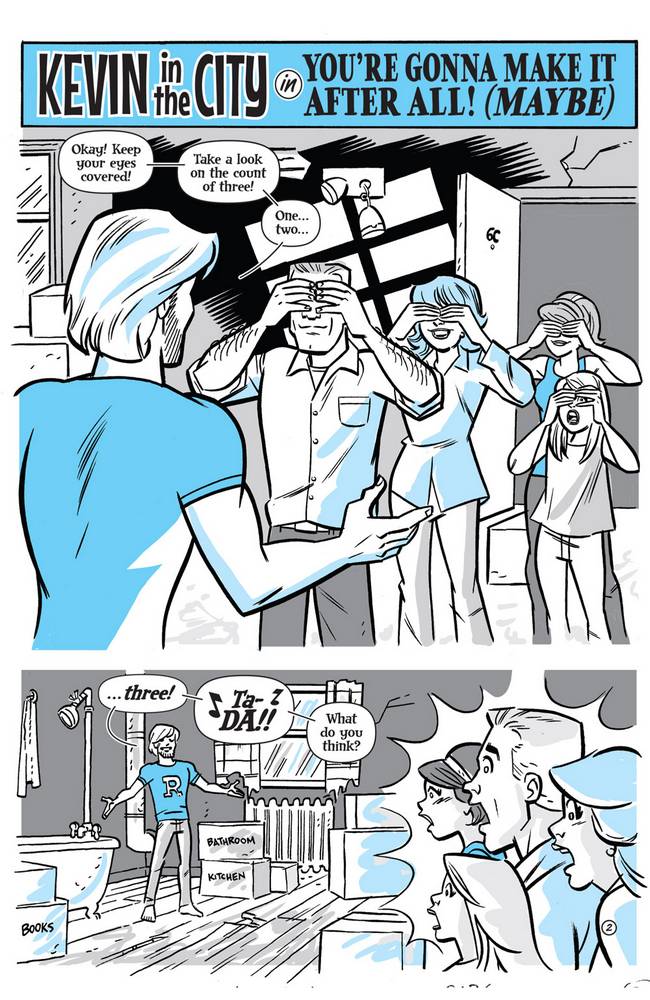 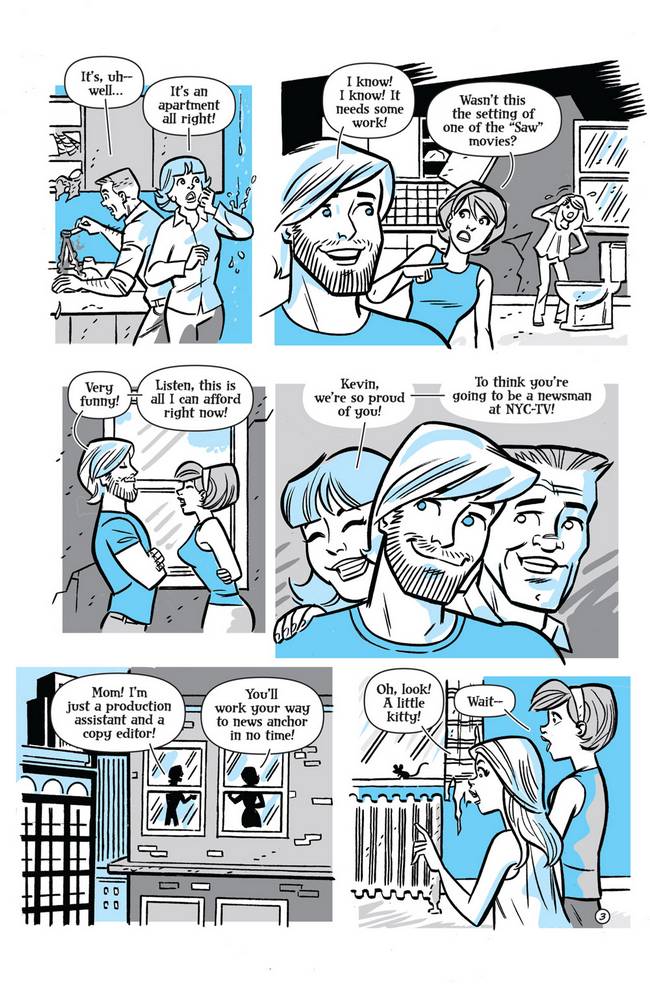 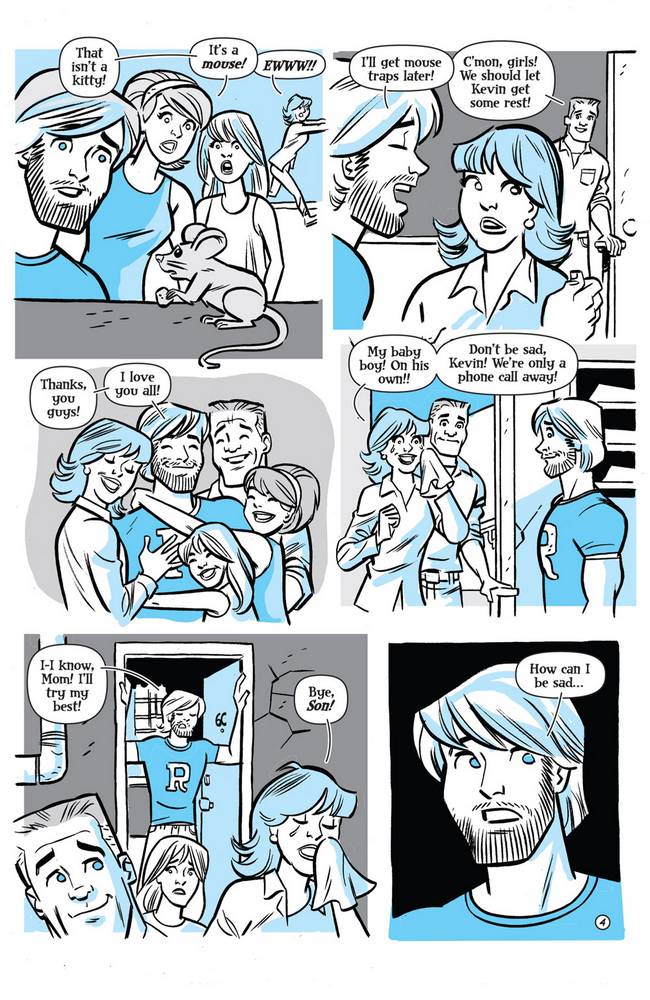 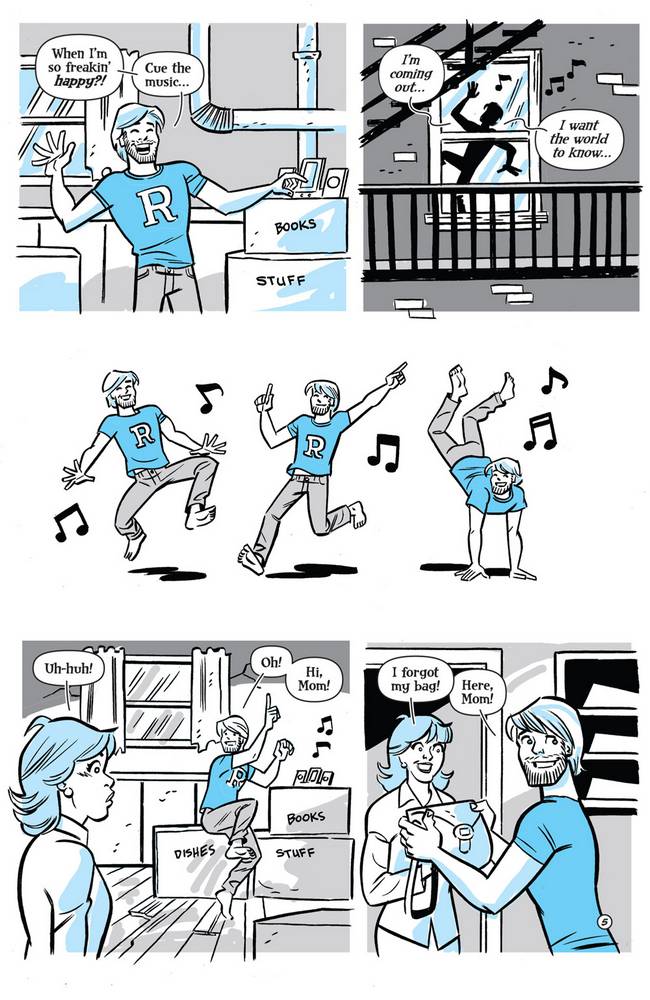 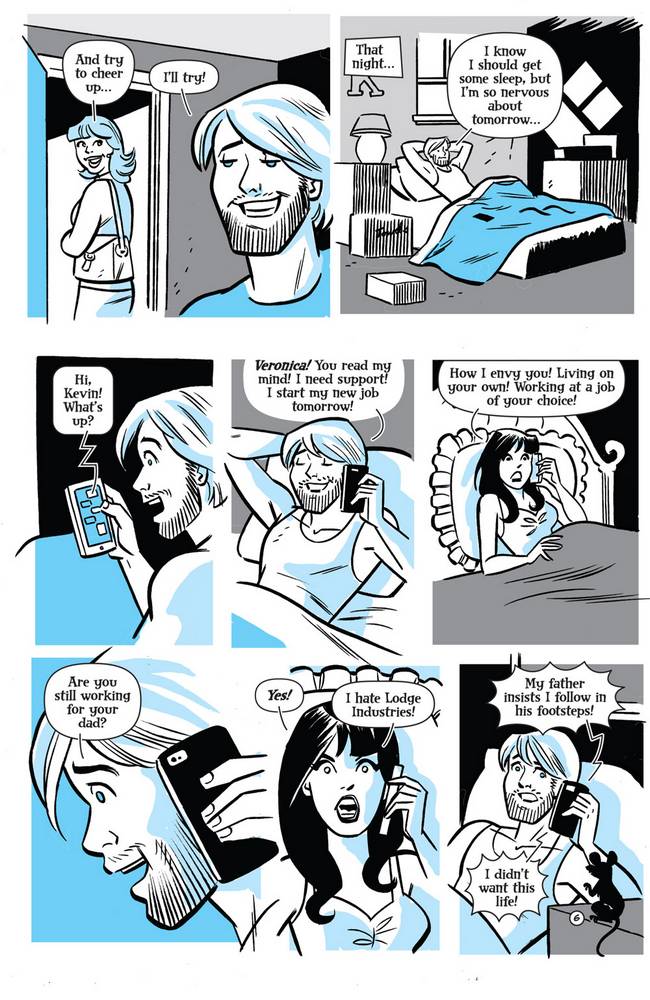