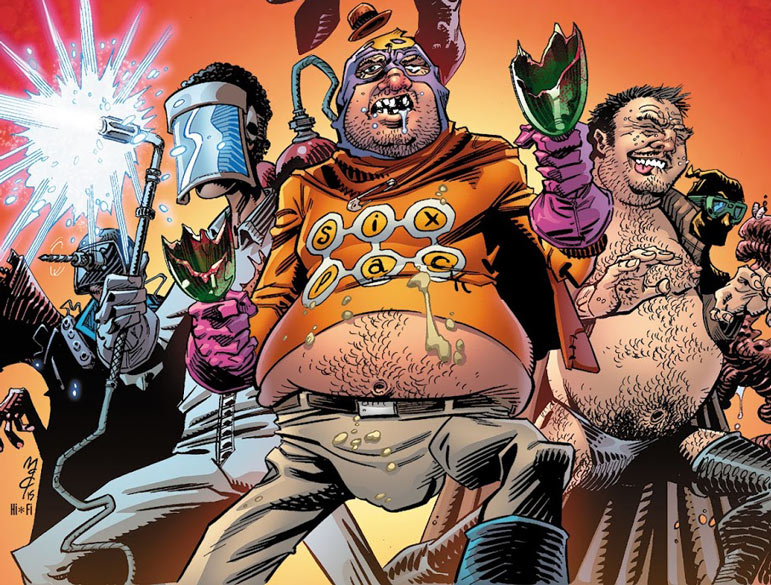 One of the biggest surprises in the new title launch DC Comics put together for June and July is the return of Hitman supporting cast Section Eight, written and drawn by the original team of Garth Ennis and John McCrea. Ennis took a few minutes over a pint to share his thoughts on returning to this cast, how it interacts with the DCU, and what the future may hold. 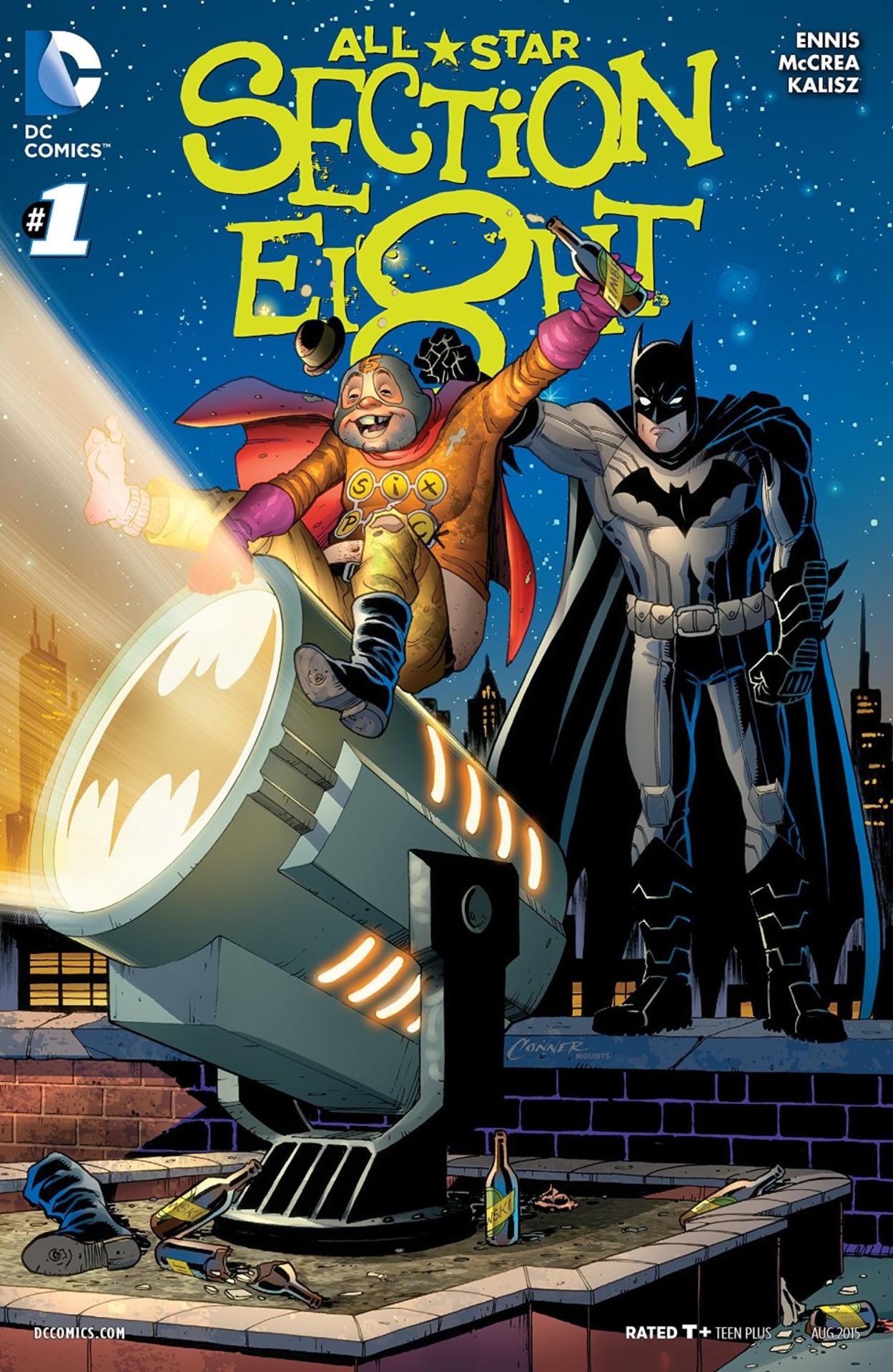 Sam Marx: After being away from the team for so long, have any of the Section Eight characters surprised you in writing them again?

Garth Ennis: Bueno Excellente never fails to surprise me. You can see how in issue three.

SM: Is there a particular character you’re looking forward to exploring more in this new series?

GE: I think Sixpack himself provided me with a good deal of entertainment, as he stumbled along his own rather peculiar little arc.

SM: How has reuniting with John McCrea on the series been for you both? Like old times or is the dynamic different this time around?

GE: Like old times. We still essentially do this to make each other laugh. Seems to work.

SM: To what extent are you trying to tie this team into the greater DCU? Hitman often had brushes with prolific DC characters but also managed to find a way to live on the outskirts of the universe – how important is it to you for this team to have their own space?

GE: I think the team maintain their own space by virtue of their sheer lunacy; no regular character’s dignity is going to survive prolonged exposure to them, and no editor would be dumb enough to try to disprove that theory. But you’ll see Batman, Green Lantern, the Martian Manhunter and Wonder Woman have a series of odd, incongruous encounters with our heroes- not unlike the ones in the original Hitman book. I think when ordinary people run into superheroes there’s necessarily going to be a bit of “Huh? What? Who the hell is that?” When the ordinary people are actually delusional wannabe superheroes themselves, it’s going to get even weirder. 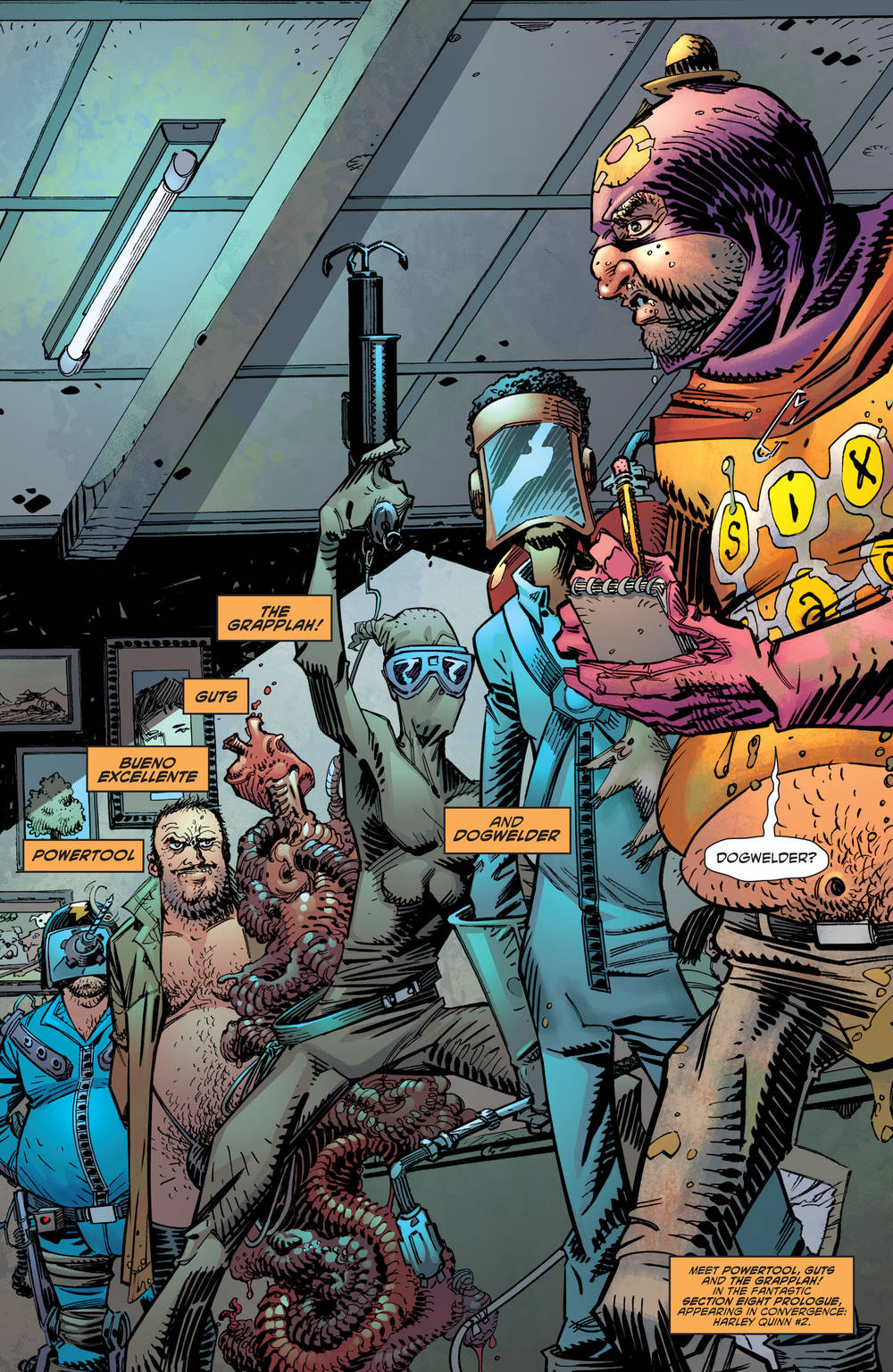 SM: What role do you hope Section Eight can play in the greater DC Universe in 2015?

GE: If you mean in crossovers or whatever, probably none. I can’t imagine anyone wanting to use them, just because they only work in their own book where the rules of their own bizarre little world apply. I do have a good idea for another mini, though.

GE: Are there any words of advice for new Section Eight readers that have never read Hitman?

SM: We’re starting from scratch with a number of all-new team members, so although there’ll be the occasional reference to the old book you can pretty much jump aboard here, no problem.

SM: Any final thoughts or special teases for the longterm Hitman fan?

GE: Hmmm. You get to see Noonan’s bar, which still has a couple of the original cast kicking about. They’ve managed to progress about as far as you’d expect.

The first issue of the All-Star Section Eight six-issue mini-series is in stores and online now from DC Comics.