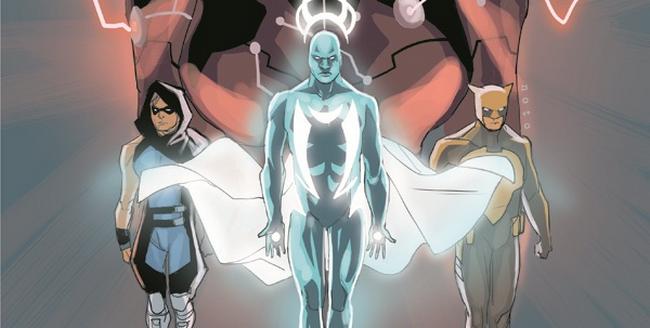 In early 2012 a mini-series from BOOM! Studios rushed on to the scene with multiple re-prints and critical acclaim. That series was Supurbia from Grace Randolph, a “Real Housewives” style look at the world behind the superheroes and all that entails. BOOM! recently announced that Randolph would be relaunching the series as an ongoing and she took time out of her schedule to discuss what readers can expect from the ongoing Supurbia series.

Aaron Long: The last time we spoke the first issue of the mini-series was about to be released. With all the sellouts and second printings, did you anticipate how quickly the series got such a strong following? 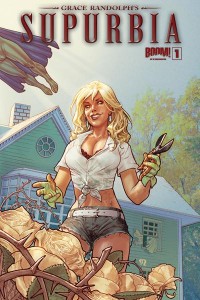 Grace Randolph: Well, I’ve been trying to break into comics for awhile now – my first published comic came out in 2008, Justice League Unlimited #41. And for all that time, I’ve also been trying to get a creator-owned comic off the ground. So because I know how hard it is, and how much work it took to even get the mini-series, I’d say that going into it I was cautiously optimistic. And as the buzz began to grow, I breathed a sigh of relief that Supurbia was clicking with readers. But to have it reach a third printing with the first issue, and hear that stores were selling out across the globe, was very exciting as it meant that Supurbia was filling a demand that wasn’t being met by the current marketplace. Which, by the way, is why I wrote it – because this is the kind of comic I wanted to read but couldn’t find.

AL: Can you discuss what the world of Supurbia will look like in the ongoing? Will the series pick up right where the mini left off?

GR: Bigger and bolder! As is often the case with origin stories and their sequels, now that the groundwork has been laid it’s off to the races! The story will pick up a few weeks after the mini-series, and we’ll not only see the world of Supurbia expand, but its roster of characters as well. With today’s comics, I often feel that there are issues where nothing happens and that ends up feeling like a waste of time and money. I don’t want that to be the case with Supurbia. Every single issue will be packed with story, action, and great visuals! Also, every arc will focus on a different spouse. The mini-series focused on the newest member of the team’s wife Eve, while this first arc of the ongoing will focus on Sovereign’s girlfriend, ex-super villain Helen aka Hella Heart.

AL: Can readers expect to see some new characters in the ongoing? Will the world of Supurbia be growing soon? 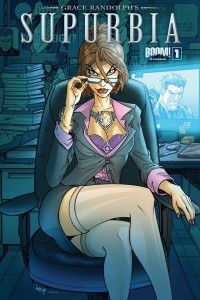 GR: Yes! As I just noted, the world of Supurbia is going to get a lot bigger in every way possible – and that includes the cast. We’ll get to know Sovereign’s ex-girlfriend, the journalist Hayley Harper, a lot better. And as we head to Mongolia we’ll also meet Batu’s tribe, the Daughters or Bright Moon. Also, we’ll meet one of Alexis’s colleagues, weapons designer Jake Weintraub.

AL: I always ask this when any creator owned ongoing kicks off…at this stage do you know how and when Supurbia will end?

GR: Haha – you’re not the first to ask me that! Personally, I think with an ongoing it’s never a good idea to have a story set in stone. I have a very strong idea of where each character is headed and what I want to do with them, but I like to keep things fluid. Not just because new ideas occur to me when writing and I’m often inspired by real life, but also because I like to be able to change things up based on the feedback I get from readers. I feel that overall approach makes for more energetic, and rewarding, storytelling.

GR: If you’re already reading Supurbia, thank you! Your support has made this ongoing possible! And if you’re not reading Supurbia, I hope you’ll give it a shot. With a large and diverse cast, I believe there’s truly something for everyone.