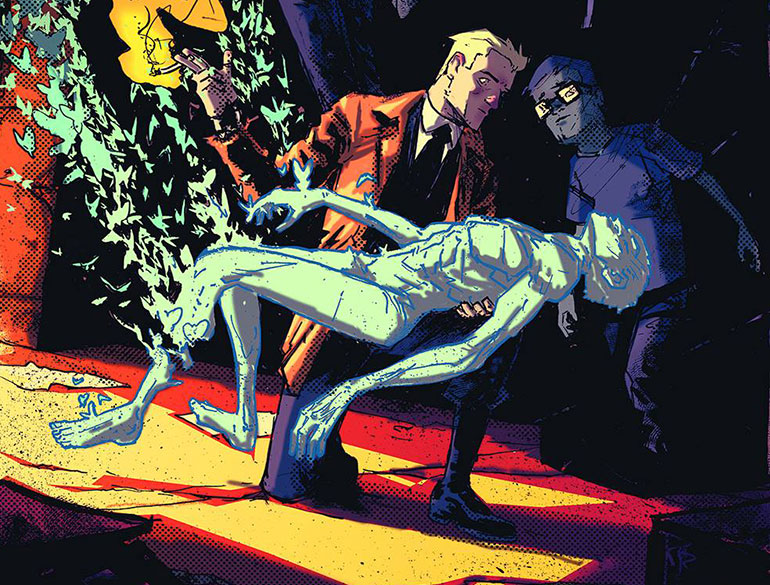 For many years, John Constantine was off in his own world, forever divorced from the universe from which he sprang. No more! The Hellblazer himself has roared back into the DCU, into the Justice League and on television screens. But nothing is more exciting than the launch of his new #1, coming next month from writers James Tynion IV and Ming Doyle, artist Riley Rossmo, and colorist Ivan Plascencia. Tynion sat down with us during a very busy C2E2 weekend to chat about his favorite dark magician, what the future holds, and just why the name Hellblazer has returned. 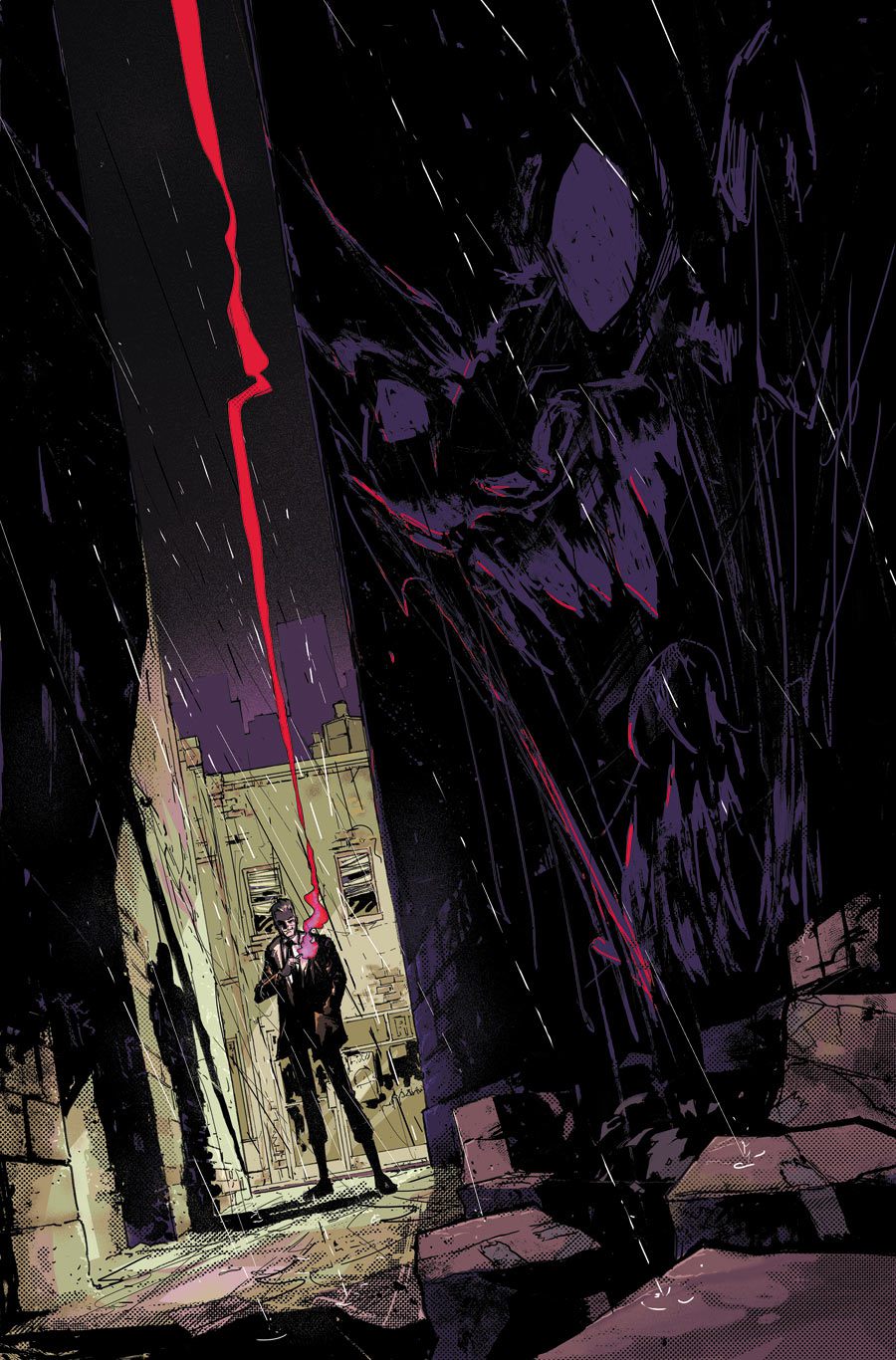 MSG: Taking on this new book, I think we need to begin at the beginning: the name. Why Hellblazer, James?

JTIV: The boring answer is that DC wanted to relaunch the series and have it called something different. Plus, it’s a very familiar name that people care a lot about.

But because it is something that we did push for as creators, the other answer is that “Hellblazer” means “horror” to people. Hellblazer comes with a lot of baggage, but in a good way. People know what that term means and what it implies, what that kind of series is. We wanted to bring those elements back in and have it feel like a John Constantine that came out of the modern world.

MSG: Part of what you’ve been talking about is that modern world, and how John’s traditional dress is going to be changing up. How did that evolve for you?

JTIV: Really, that came from the beginning. When John first showed up in Swamp Thing, he was wearing a bright blue suit under a trenchcoat. It was pure fashion. He was this dashing British man. He wasn’t this grungy, battered John as he became as he aged through the Hellblazer series. He was someone young and dangerous.

He wanted that John back. We wanted the John who is a bit more dapper and put together. Because of that, he wouldn’t wear a trenchcoat. The only time I ever see anyone wearing a trenchcoat is when they’re cosplaying John Constantine or the Tenth Doctor. The standard trenchcoat has shifted. But it still looks like John. Look at the cover of issue #2. The core of the character is still John purely.’

It’s not something we’re worried about. There are a couple of people that have been giving Ming and I grief that “How dare we make John fashionable?” [laughs] But once you read the book, you’re going to see a very familiar character. 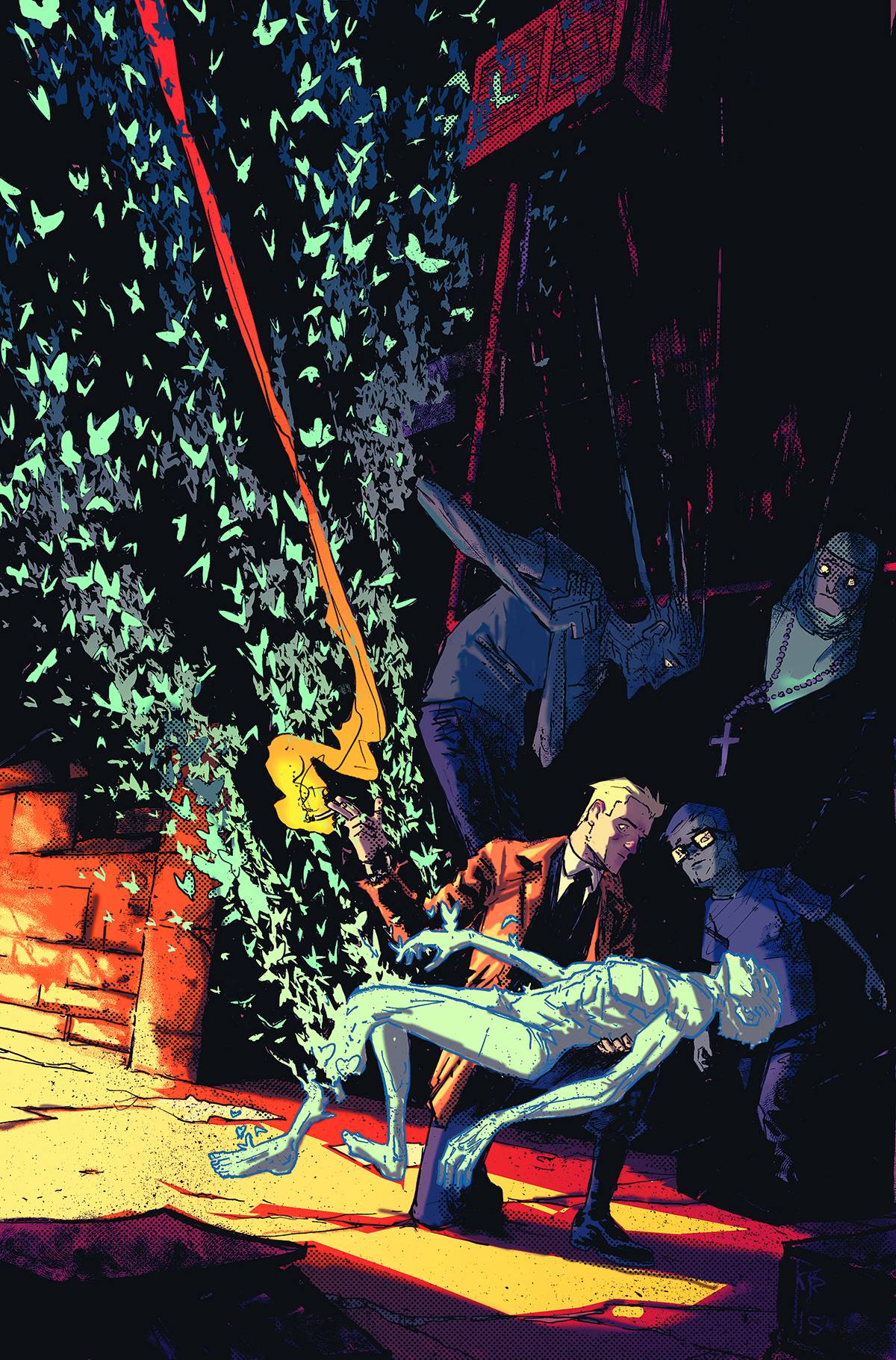 MSG: How have the co-writing responsibilities been going with Ming Doyle?

JTIV: It’s been interesting! With a lot of the co-writing gigs I’ve done before, we’ve talked through the story and then one person really scripts it. We edit back and forth, but it’s usually one person scripting. But what Ming wanted to do is go 10 and 10, where each of us write ten pages of the twenty, and we just smooth out the edges afterward. That really seemed interesting and it’s working really, really well. I’m happy that I’ve found a real creative partner in Ming.

JTIV: It’s always been one of my favorite little corners. It’s also somewhere that’s traditionally been a little light in sales. But I love those dark corners of the DC Universe and I want to show people why they should love them too. Everyone forgets that Sandman took place in the DC Universe when it launched. There’s always the opportunity to do something big and great in those shadows.

MSG: You’re also working with artist Riley Rossmo. What kind of direction is his work going and how is the collaboration working?

JTIV: Riley’s art has a real hard edge to it. He’s great at horror, and was the first name that came to my head when we started working on this series. I was like, I want Riley Rossmo. And the fact that we were able to get him is phenomenal.

Every page he turns in is just outstanding. I am really excited for people to see. 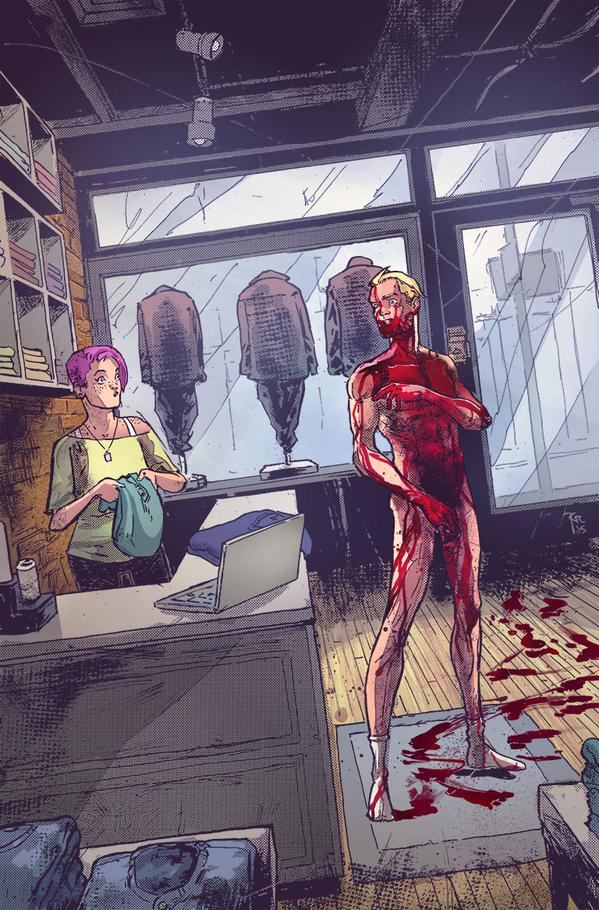 MSG: John’s always been characterized as a loner, although surrounding himself with people — good or bad for them. Are you bringing in any previous characters or developing a new cast?

JTIV: We’re going to be focusing on bringing in new characters rather than leaning into ones John has worked with in Justice League Dark or any key figures from the classic Hellblazer series. 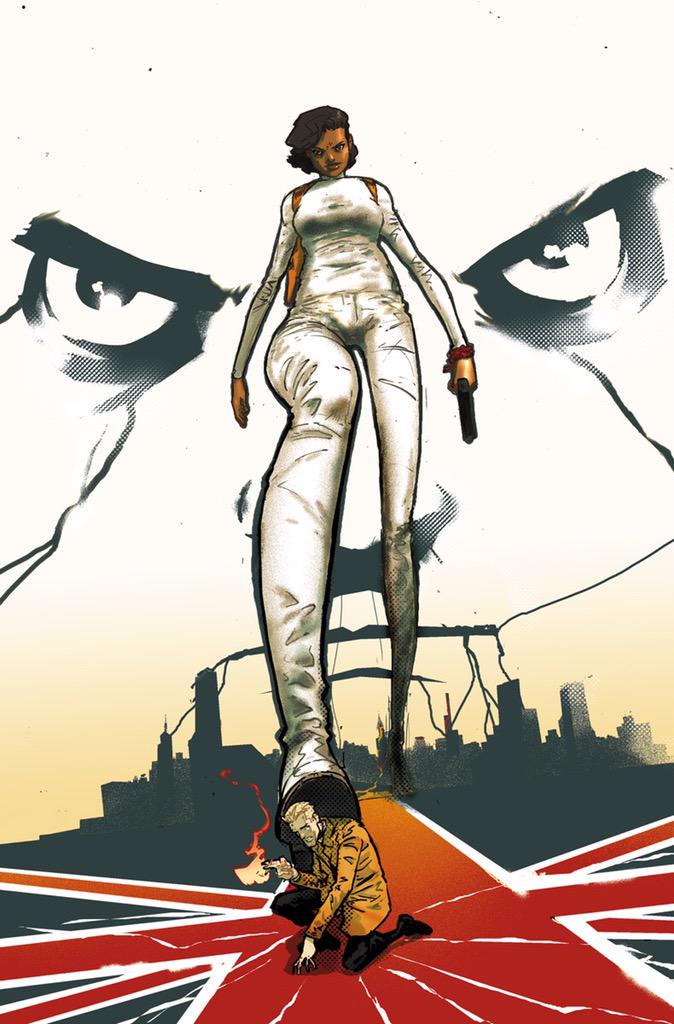 MSG: Lately there’s been so much discussion in the community about LGBT characters, with John Constantine being one of the most prominent bisexual comic characters today. How much of that goes into your thought process on the book?

JTIV: It’s very much a part of the story we’re telling. John’s a fun character because he can flirt with pretty much anything and does — man, woman, or demon. It does not really matter that much to John.

But John isn’t someone you want in your life. In a large scale, he does good things, but on the small scale, he does really terrible things. The impact he has on the lives of the people around him is often really awful.

We will definitely be leaning into and playing directly with the fact that John walks on both sides of the aisle.

MSG: Why do you think John has that allure for other people? Like, with everything he has done, why are they drawn to him?

JTIV: It’s charisma and mystery. John is the dashing person at the other end of the bar, half in shadow, looking at you. You’re drawn to him, even though you can tell that every piece of him is shouting, “This is bad. This is dangerous!” But you can’t look away.

It’s like a moth drawn to a flame. John is a dangerous person, but anyone who walks on the edges of the world has a desperation about him. He wants people because he knows he can’t have them. And that ends up hurting them. Loneliness is key to the character of John Constantine, and it’s key to what we’re doing with our story.

The 8-page prologue for Constantine: The Hellblazer is in stores today, included in Convergence: Shazam #2. But you can read it digitally for FREE on DCComics.com right now! Issue #1 arrives in stores June 10, 2015 and the first three issues come with variant covers by Ming Doyle, Erica Henderson, and Kevin Wada, respectively. BAM!