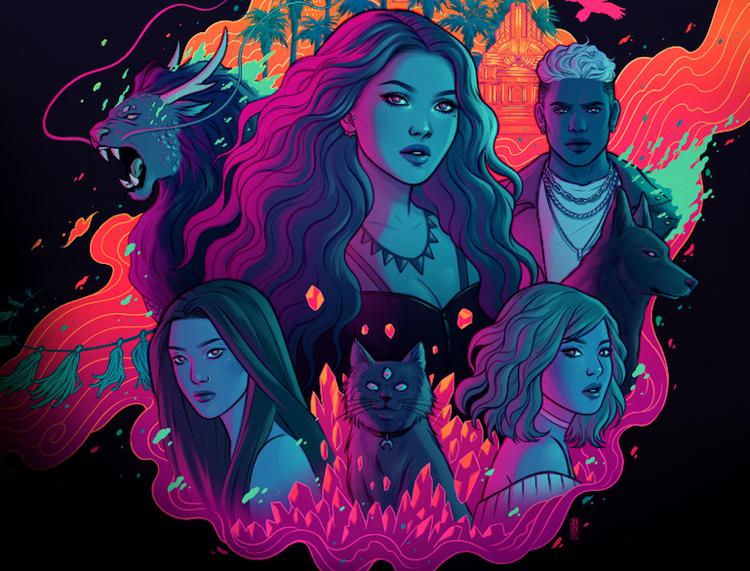 October 3, 2018: Get ready to see L.A. like you’ve never seen it before when Blackbird hits stores! Writer Sam Humphries teams with artist Jen Bartel to bring readers a neon fantasy set in the City of Angels. I had the pleasure of chatting about the electric series with Jen Bartel, below: 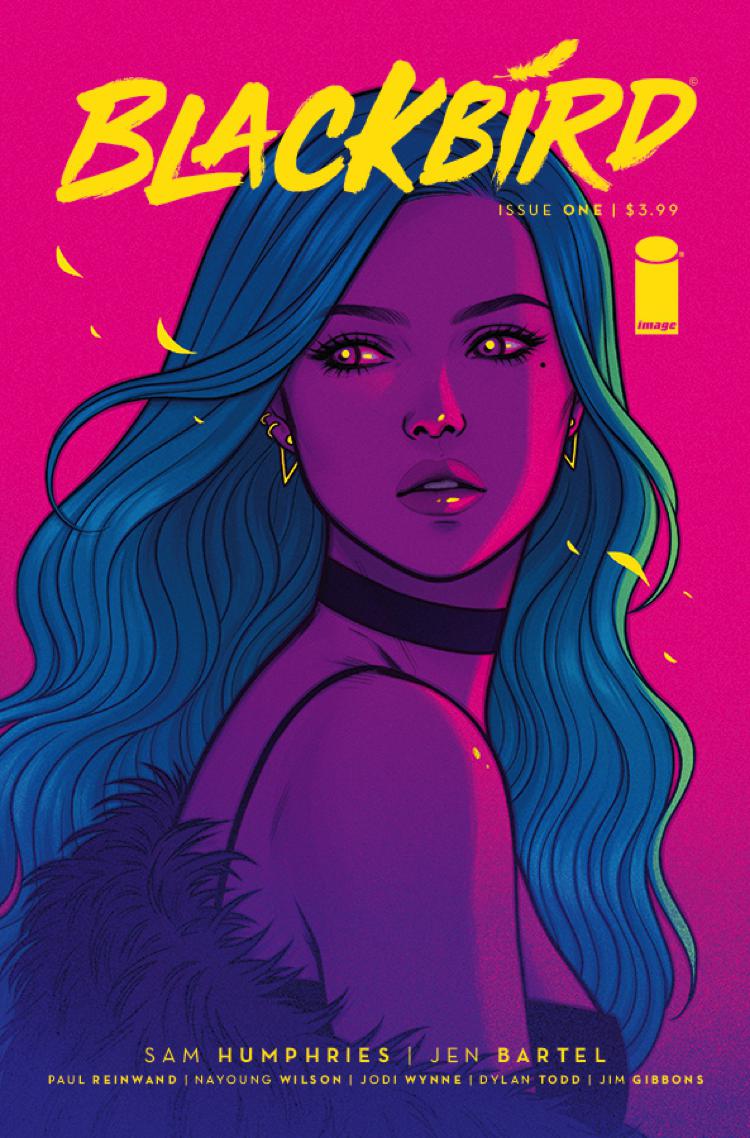 Aaron Long: So, what is Blackbird?

Jen Bartel: Blackbird is a coming of age story about Nina Rodriguez, a young woman living in Los Angeles who discovers a hidden world of magic in the shadows of her city when her sister is kidnapped by a mystical beast! I’d say if you’re a fan of properties like The Magicians or Shadow Hunters, it’s up your alley. Aesthetically though, it’s got a lot in common with Riverdale and Nicolas Winding Refn films. Lots of pretty people and lots of neon lighting.

AL: What is driving Nina through this story?

JB: When Nina was just a teenager, she witnessed an incredible event—an earthquake destroyed her neighborhood, but a giant magical beast saved her and her sister Marisa. No one else remembers it, but for 10 years Nina continues to insist that magic is real, that she’s not crazy—finally, the beast reveals itself to her again, but only to take her sister away. Nina is driven by a need to find and save her Marisa, but also to find out everything she can about this hidden world that was always just below the surface of every familiar corner. 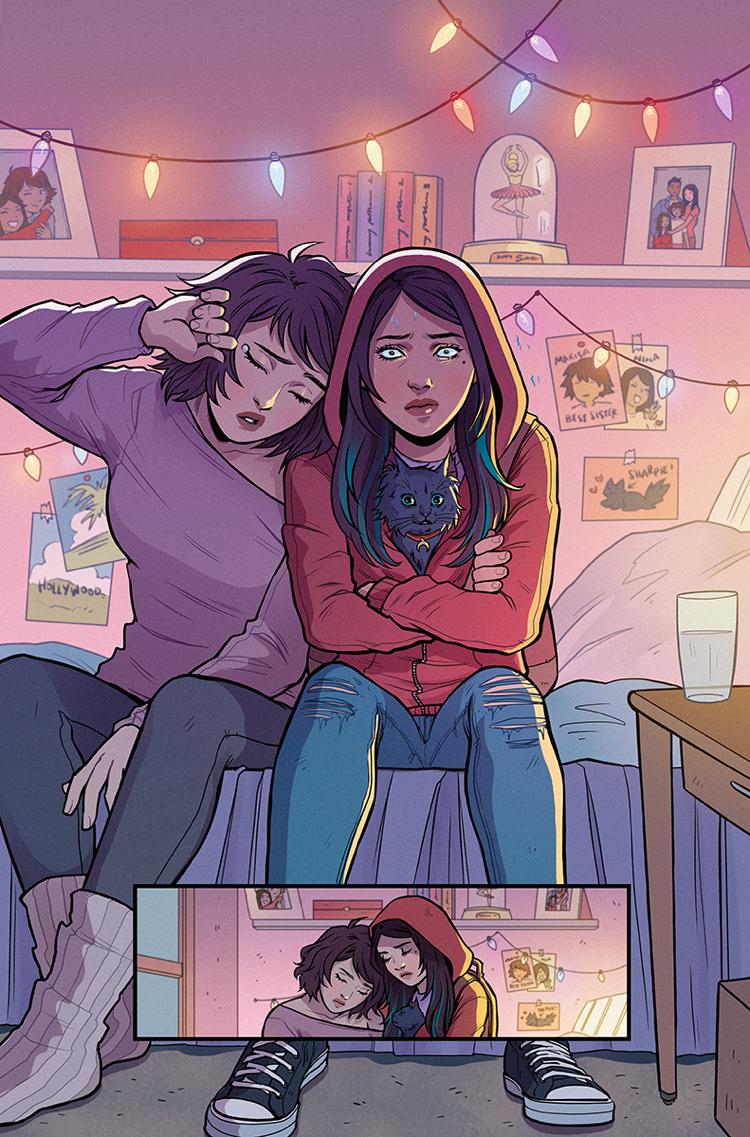 AL: How did you and Sam sync up to work together?

JB: Shortly after Sam and I met in 2016, he approached me about doing something creator owned together—we then spent the next few months just chatting a ton about our favorite properties, what kind of story we wanted to tell, and what sorts of books we wanted to see on the shelves of comic shops. Blackbird was born out of those conversations.

AL: What elements of the setting of L.A. have influenced your visuals?

JB: Los Angeles is such an atmospheric city—the ever-present haze creates a gorgeous ambient lighting effect at all hours of the day, and at night all the neon signs cast beautiful shades of red and pink and blue on to everything. It’s kind of magical even in the most overlooked sections of the city. Back when we were working on the pitch, I took a trip out to visit Sam and take reference photos of specific locations in North Hollywood, where Nina lives. So much of that has made it into the final project, and it feels really good to work off of something grounded in reality, especially when the rest of the book is giant beasts and magic spells and larger than life characters. 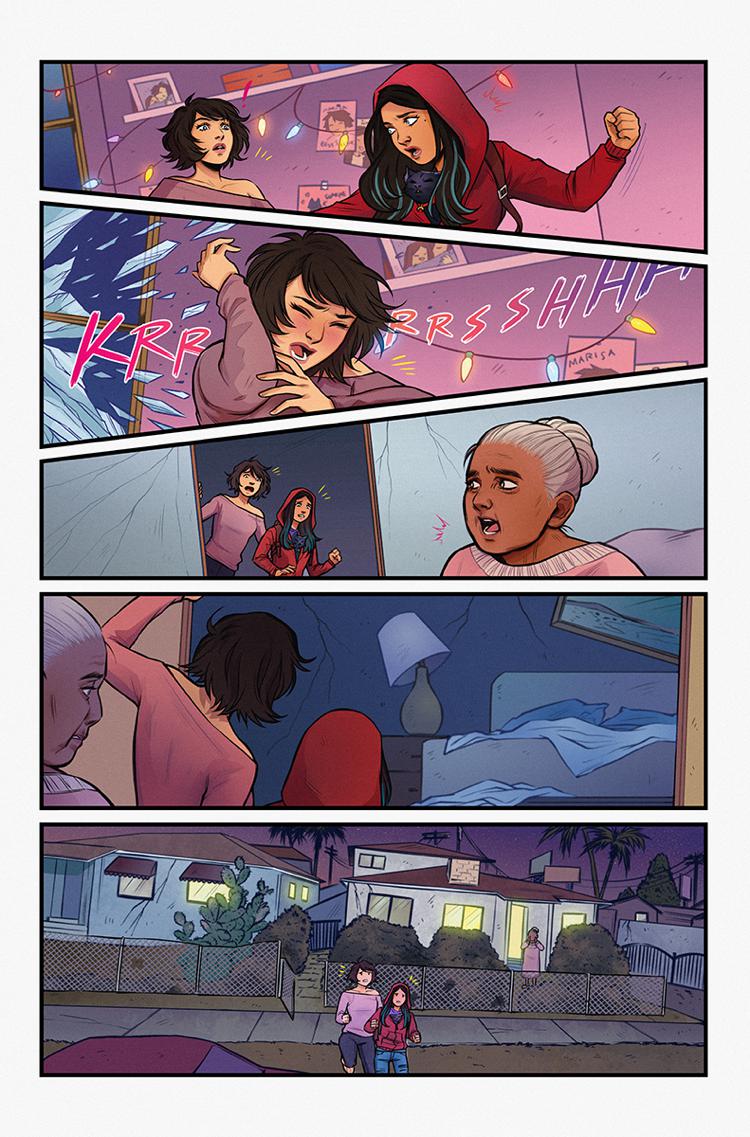 AL: One of the most exciting aspects of a new creator-owned series is that readers are going to get a fresh story, unburdened by continuity. What has been your favourite part of building the world and the fantastical elements of Blackbird?

AL: Sam has been incredible about writing to my strengths, and it’s been really cool to put everything I’ve got into this and see my work evolve issue to issue. It’s super challenging to not have any existing rules or history to refer back to, but to your point, it also gives us ultimate freedom, so I’ve just been trying my best to take advantage of that as much as possible. My favorite part has been dropping little easter eggs and fun references to media that inspires me—there’s a scene in the issue I’m drawing right now that is a nod to the movie ’The Cell’ and when I posted a little sneak peek on my social media, TONS of people recognized it right away. Stuff like that is so cool because it’s almost like a hidden language that can be enjoyed on top of the book itself. 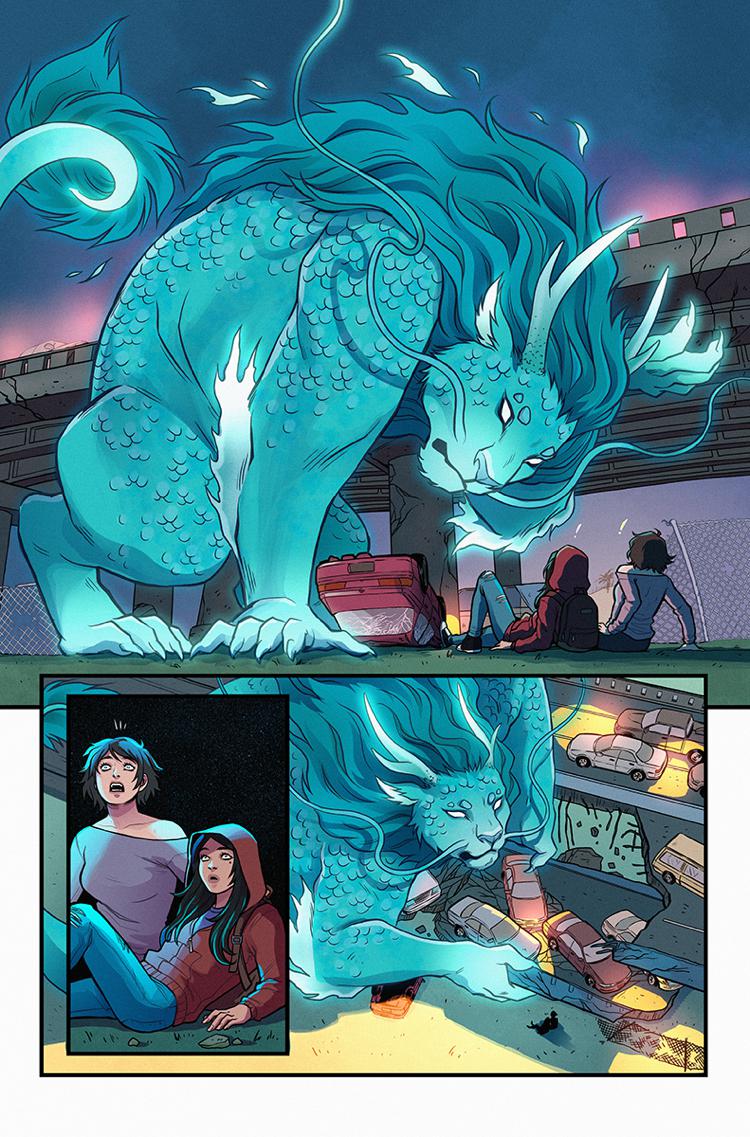 AL: Are there any “dark horse” characters that, as you were designing and penciling them, have become some of your favourites to work with?

JB: You know, I had told Sam that I wanted an opportunity to draw a hot guy, and I asked for that specifically because I have historically been hired pretty much exclusively to draw women, and I wanted to challenge myself to get out of my comfort zone a bit. Clint is so fun to draw and I really enjoy scenes he’s in—you’ll definitely be seeing more of him as the series goes on.

AL: Any final words for Comicosity’s readers about Blackbird?

JB: Just… thank you! If you made it to the end of this interview, if you pick up issue 1 and give our book a chance, or even if you just tell someone about it—thank you 🙂 Creator owned books are a crazy amount of work and they can really only survive in the market with a ton of support from readers, so.. if you even consider reading Blackbird, thank you. 🙂 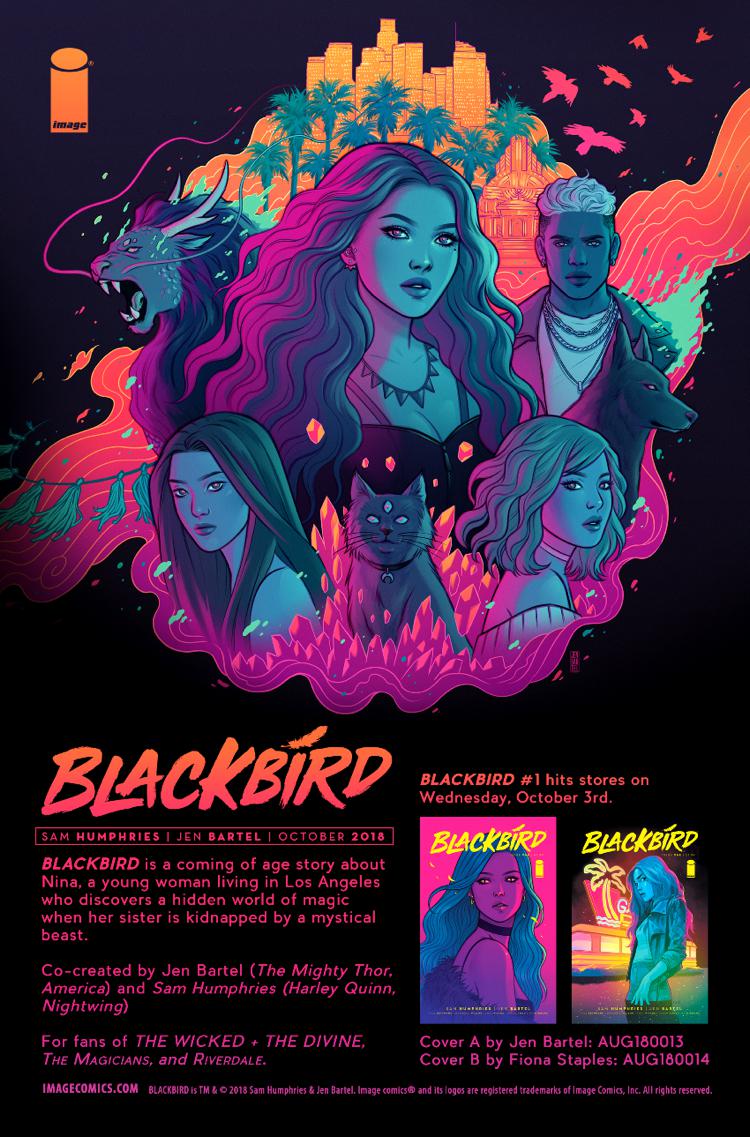