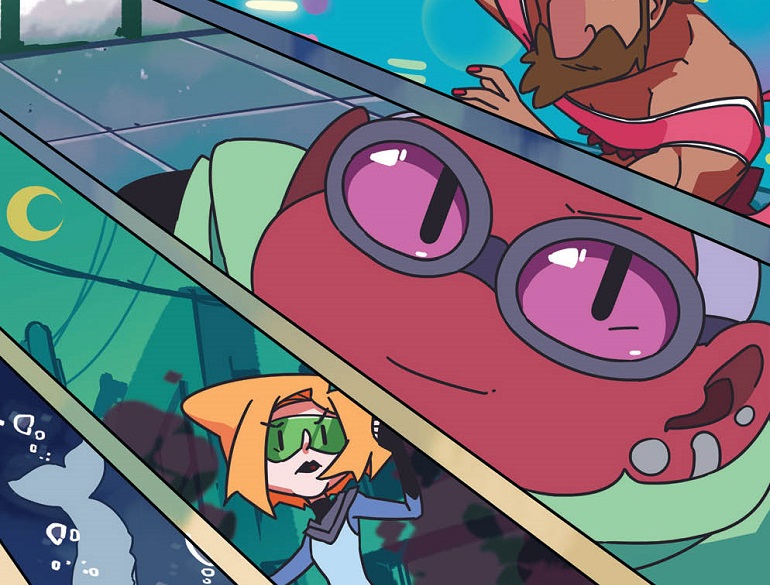 Listen up, guys. We have two awesome Canadians in the house – Kate Leth and Matt Cummings! So… try to control yourselves. That’s what I’m currently trying to do as I write this.

Now, you know Kate from her semi-autobiographical webcomic Kate or Die (which is currently on hiatus, but updates bi-weekly in Comics Alliance), a slew of comic titles including Edward Scissorhands, New York Times best-selling Adventure Time: Seeing Red, the Fraggle Rock miniseries, her podcast Less Than Live with Kate or Die, and many more awesome things! Oh, and it was just announced that she’s working on Hellcat for Marvel. This girl might only be 26, but she’s done a bucketload.

And you know Matt’s art from Adventure Time; his work is instantly recognizable for its brilliant sense of color and shading. Matt’s also done print illustrations, comic book covers (including covers for the new Steven Universe comic) and works as a freelance artist. His illustrations do have a magical, childlike (in a good way) quality, making him a perfect fit for the cosmic, character-driven adventure that is…POWER UP. You can find pages from issue #2, at the end of the interview!

Trilby Beresford: Hi Kate and Matt, it’s a pleasure to have you both together. Before we dive in, could you each tell the Comicosity readers what you were like as a child, and then how you evolved into an awesome comics person?

Kate Leth: I was born in a luminous crystal in the woods and raised by amphibious night witches. They taught me the ways of the land and sea, and to respect the unknown. I evolved over time to develop opposable thumbs and eventually began making comics with them, when I realized my dreams of becoming a concert harpsichordist were as dead as the secrets beneath the earth on which I slept.

Since these questions were sent and answered via e-mail, I can’t ask any follow-up. But if I could, I’d want to know more about this luminous crystal, it sounds gorgeous. What an unusual upbringing.

Matt Cummings: I was convinced I’d be a rock star when I grew up and now, well, here I am.

TB: Tell me about this Google Hangout you had together when you came up with the idea for Power Up. Did you discuss books, characters and/or themes that influenced you?

KL: Matt and I hang out all the time when we’re working. I think we just decided we wanted to make a book together, because I think he’s awesome, and we knew people at BOOM! who had expressed interest. We both love magical girls and adventure stories so, shabam! Power Up!

MC: It was a whirlwind! It was mostly a fervent “what would we like to read/see in a book” discussion.

TB: I read a lot of comics, but I don’t know too much about how writers and artists work together to actually build the book. Can you tell me about your dynamic as artist and writer, and the process you go through to design the characters and complete an issue?

KL: It’s changed over time. Our process now is very collaborative – we come up with the issue and plot points together, then I script it and send it to Matt, then we talk more about it and I send the edited version to Shannon [Watters], our overlord. She tells me what to change and I do, then Matt begins drawing. We often do hangouts where I watch him draw and we talk about it, sometimes changing things even then. There’s a lot of back and forth, which is my ideal situation. It just makes for a way better comic. I leave a lot of design up to Matt, because he’s amazing and always surprising me.

MC: Yeah, I’ve never been super good at taking just a script with absolutely no discussion – I’m a fan of asking the writer stuff like “what’s this?” and “what do you mean?” and “huh???”

TB: I think I fell in love with Amie when she explained her problem with the bus schedule, and getting to work on time, in the first issue. What about for you two; Is there a character you each most identify with, who you feel at home writing/drawing?

KL: Amie is based on my experiences as a post-art school retail worker. I went to art school and dropped out, so I spent years sliding between coffee shops and other minimum wage occupations. Kevin comes from my stern belief that guys should be able to be feminine if they want, Sandy from my frustration with moms depicted on TV as shrill and unfeeling, and Silas from the goldfish my mom accidentally boiled when I was 8. I still remember you, Daffodil. You’ll always be the answer to one of my security questions.

TB: What was a new challenge you both faced with Power Up? How did you tackle it and keep a cool head?

KL: Creating a new world! I’m used to working with licensed characters and previously-established canons. Getting to invent them has been both freeing and intimidating. I mostly tackle it by talking to Matt! He’s, strangely, the voice of reason.

MC: I keep forgetting that it’s ours – I’m kinda in the same boat as Kate. I’ll think things like “well, the studio wouldn’t like it if I drew it this way” when in reality I can draw it however I want! You hear me, BOOM!???

TB: I’m curious to hear what you guys are currently reading. What’s the book you can’t put down? Also, (two part question) have any new authors and artists sparked your interest lately?

MC: Diesel and Squirrel Girl are at the top of my list right now. It might seem a little odd, but I’m not a huge comic book reader. Kate’s introduced me to so many amazing artists and books since I met her (she’s a huge nerd??) and it’s helped to spark my desire to check out stories on my own.

Argh, that’s all we had time for, but be sure to check out Power Up if you haven’t already. And if you’re already on the Leth/Cummings train of adventure, I salute you. These guys are doing fantastic work and I can’t wait to read more Power Up, and track their careers as they move forward. 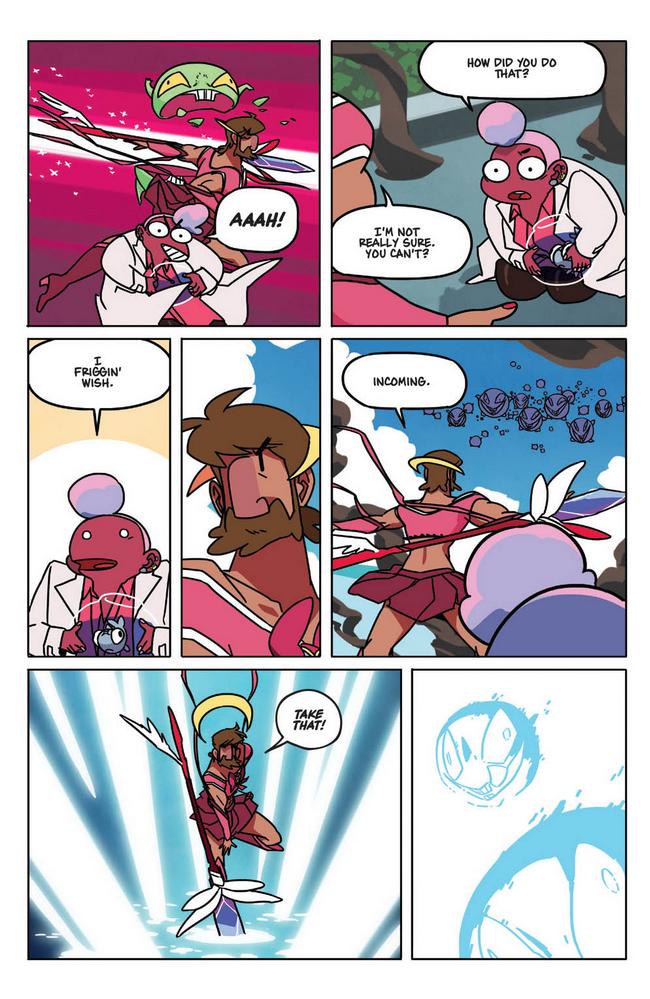 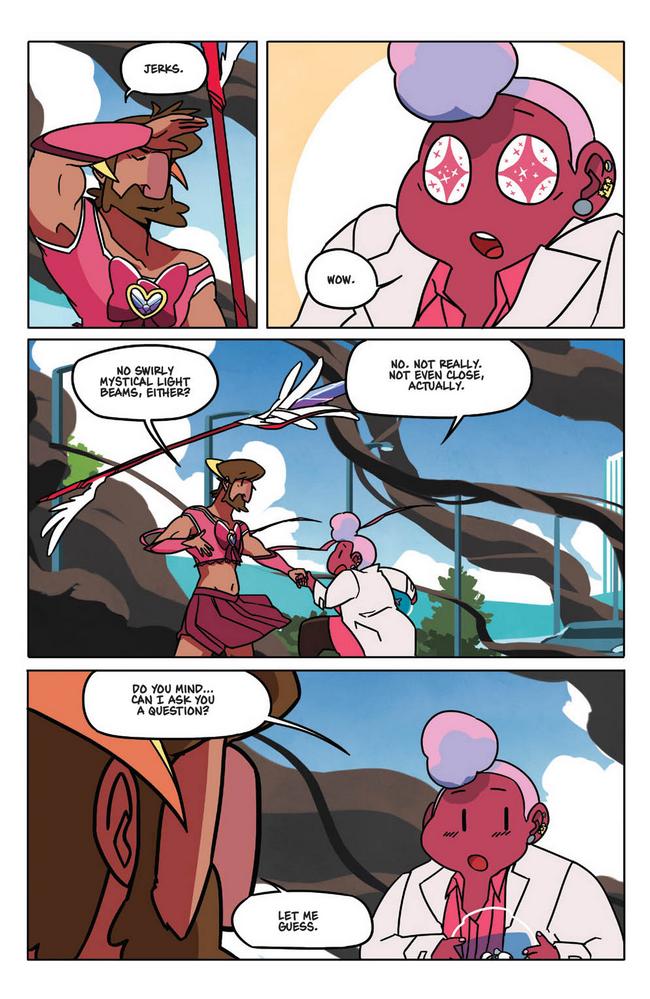 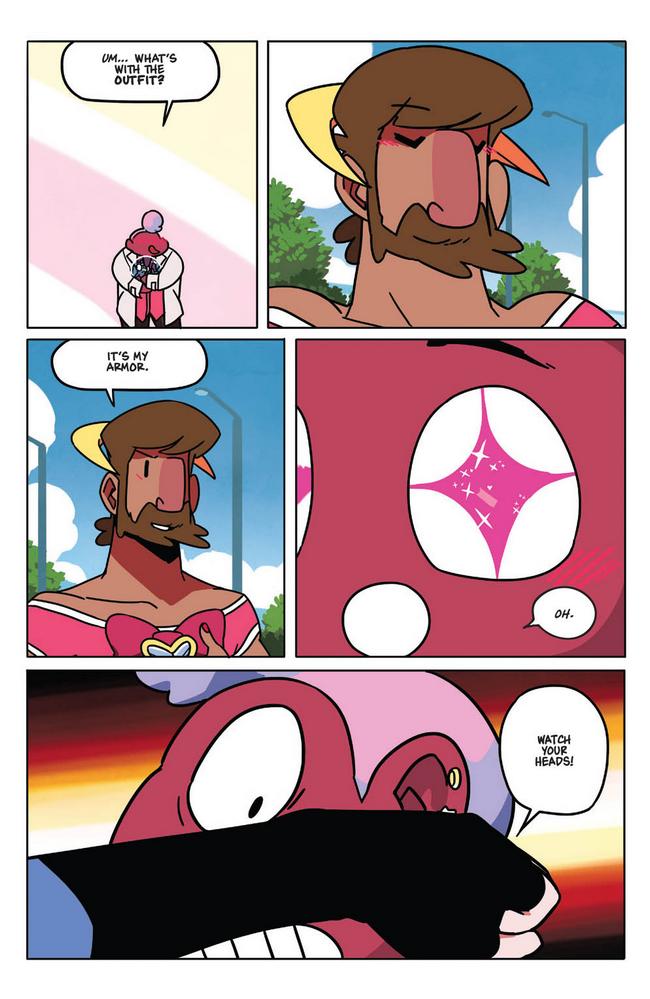 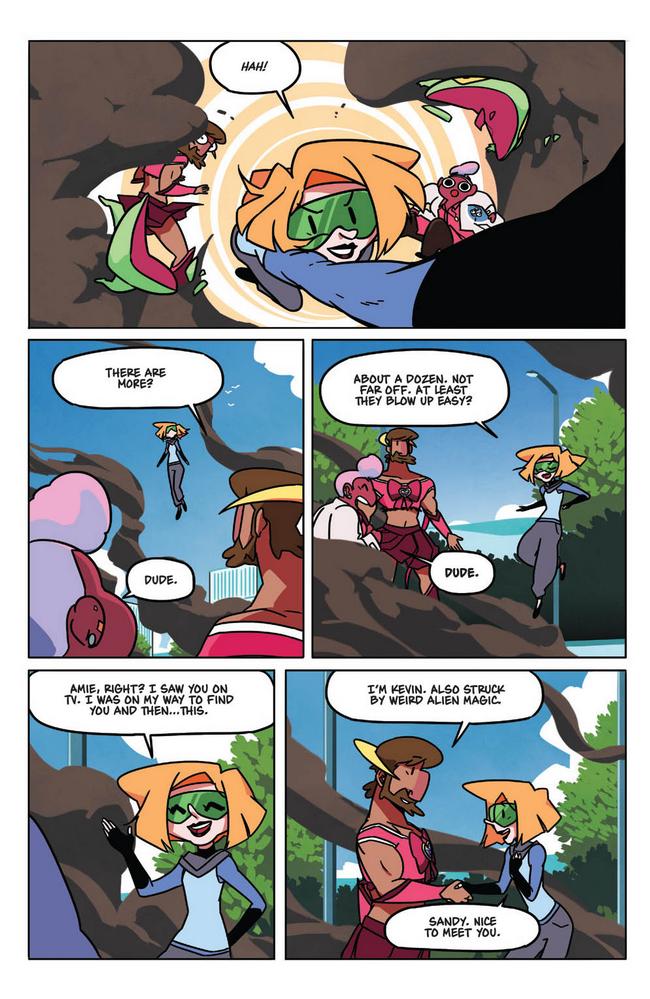 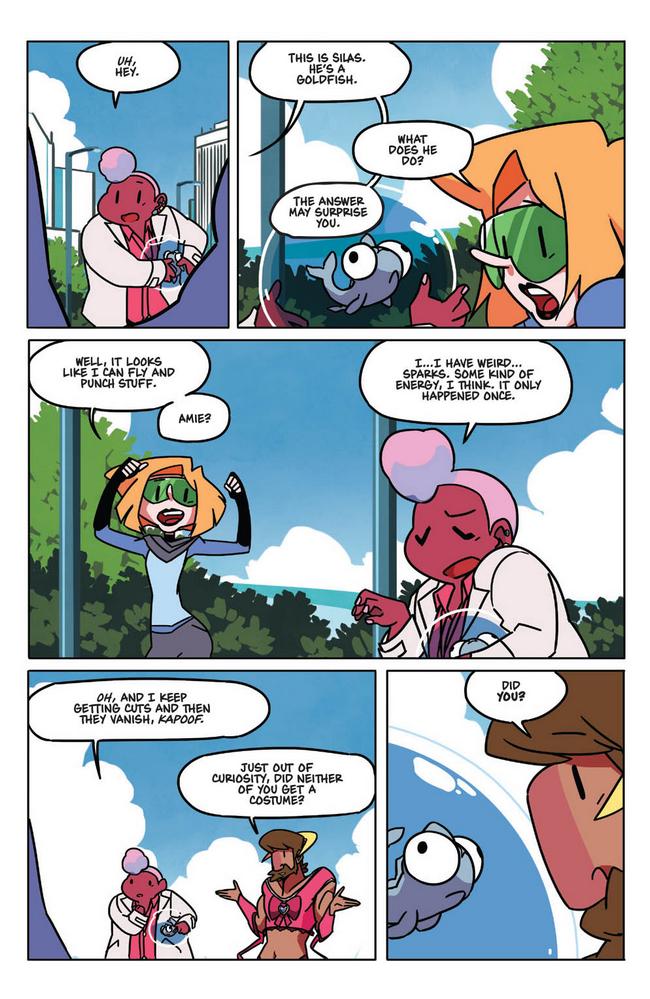