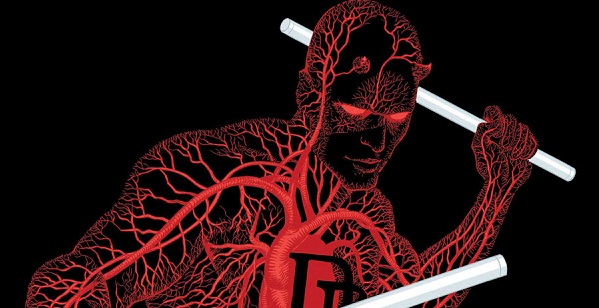 Mark Waid’s Daredevil has been one of the highest rated series of the past year and has shot up the sales charts. The title won multiple Eisners at this year’s awards at Comic Con International and scribe Mark Waid took time from his busy schedule to discuss what is next for Matt Murdock. 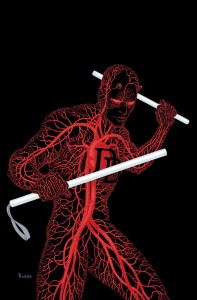 Aaron Long: Before we start, congratulations on the Eisners for Daredevil! When the first pages were rolling in from Paolo and the book was first on the shelves, what thoughts were going through your head? Did you have a feeling the book would be as critically and economically well received as it has been?

Mark Waid: I had no idea. This isn’t false modesty–I really, truly had no clue that it would be this well-received, because I thought it was a huge gamble to change the tone of the series–a dark, despairing tone that has pretty much defined Daredevil for most of the last 30 years. Largely through the efforts of Paolo and Marcos Martin, however, we managed to dodge the wrath of longtime fans and have, instead, been credited with trying to embrace all that’s come before us while moving Matt Murdock forward in a logical, consistent direction. Whew.

AL: In the upcoming arc Matt has some big things going on, breaking up his practice with Foggy and a new villain, Coyote. Can you discuss what the future holds for The Man Without Fear?

MW: There are some dark days ahead for Matt. Ever since we re-launched the series and had Matt declare that he’s going to move forward by (in part) no longer dwelling in the past, Foggy–his oldest friend–has had doubts that this is the best, most sane way for Matt to deal with his demons. He worries that Matt’s mental state is more fragile than Matt believes it is–and the evidence of the last few issues would seem to bear that out. 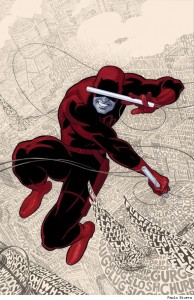 AL: When your Daredevil run started it was mentioned that you would be writing Marvel-Style for Paolo and Marcos. With Chris Samnee on art now, and a fill-in by Michael Allred, has your scripting style changed?

MW: I ended up writing full-script for the most part, actually, and that’s the way I’m continuing–but with plenty of notes for the artists to treat my blocking as a starting point, not a blueprint. And as Chris and I get more experience collaborating, I’m fine with letting him handle more and more of the actual storytelling–we’ll keep you apprised.

AL: I’m always curious to know about series planning. For Daredevil, how far in advance have you plotted? Any long term Hickman-esque planning, or shorter term plans that are more adaptable?

MW: WAY more short-term. Hickman terrifies me. He knows what the Avengers are doing in August of 2016, and I don’t yet know what I’m going to have for lunch today. There is an overall map for Daredevil, certainly–we’re building to some big reveals, not the least of which is “Hey, wait, who WAS behind Klaw in our first story?”, but I love staying flexible so that we can surprise ourselves as we go.

AL: Any final words for Comicosity’s readers regarding Daredevil?

MW: Yes–thank you all for making this book the surprise hit of the year. Your enthusiasm and word-of-mouth is invaluable, and if you like what we’ve done so far, keep reading for even bigger stories and bigger thrills!