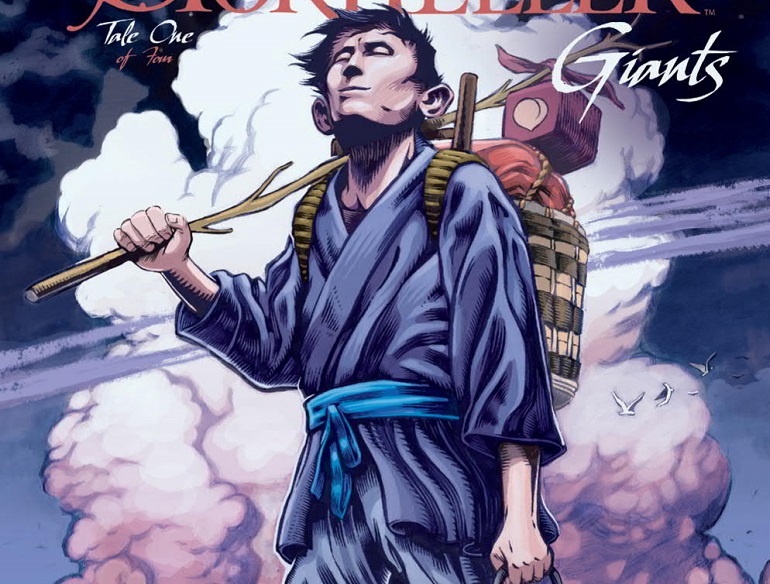 Jim Henson’s The Storyteller has seen many themes over the years, and with the newest volume, BOOM! Studios is focusing on Giants. The first issue, which is in stores now, is written and drawn by Conor Nolan, who was kind enough to talk about his inspiration for the theme with Comicosity…

Aaron Long: In this first issue of Giants you are reimagining “The Peach’s Son.” Can you discuss the decision to reimagine this tale? 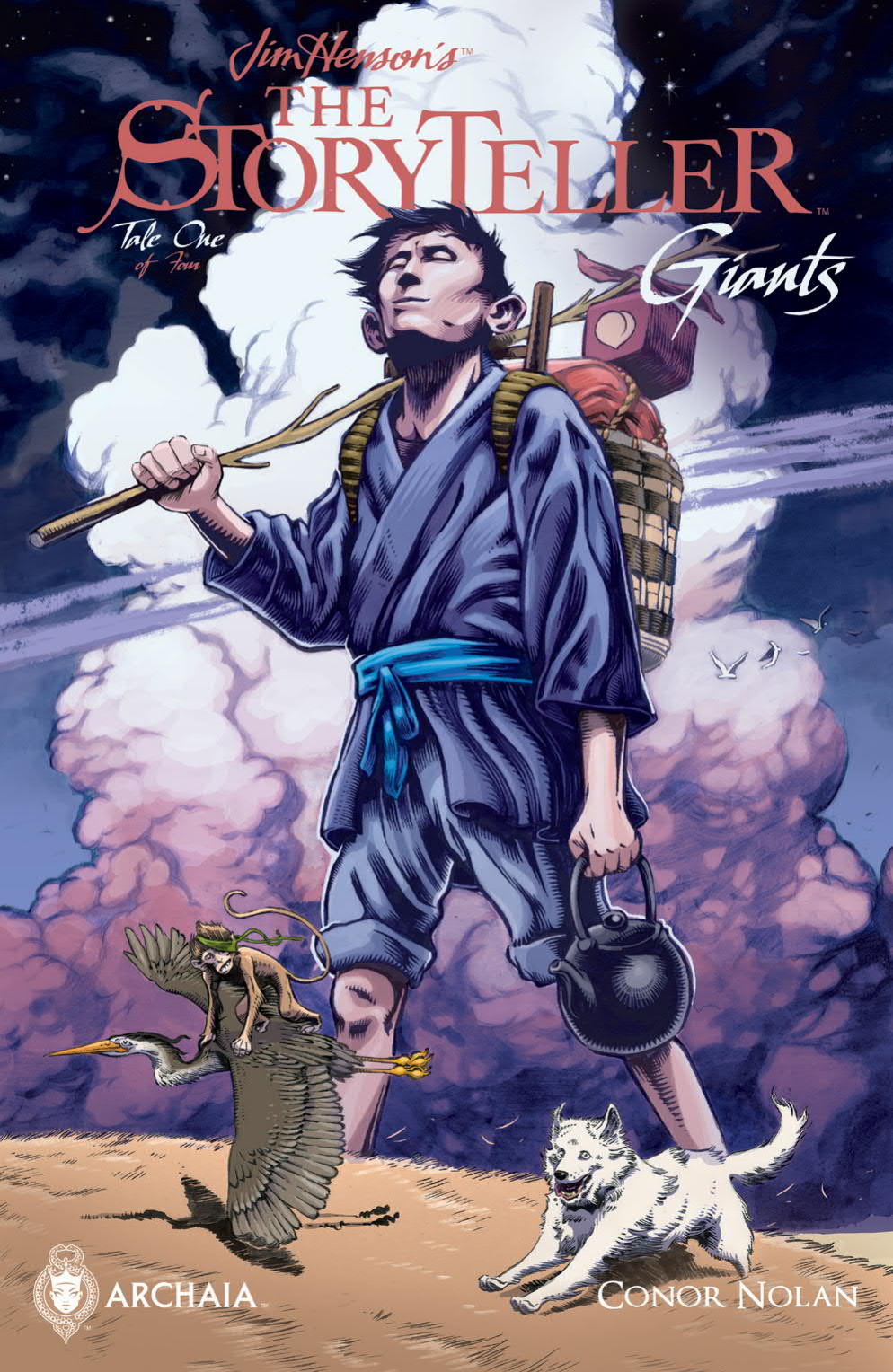 Conor Nolan: Landing on “The Peach’s Son” was a long road. I wanted to find a starting point that most people haven’t heard of before. It took a couple trips to the library for me to finally find the perfect story to use as a jumping off point. The visuals the story provides are exciting and I particularly liked that the main character was a young boy oppose to a more mature giant character. The potential for the story to relay a good message was there too, as opposed to other stories that feed off the fear of giants rather than the admiration of them.

AL: What was your favourite aspect of working within the Giants theme?

CN: I’d like to consider myself well-read when it comes to common legends and mythology, spanning a diverse range of cultures and time periods. Giants are one of those characters that appear time and time again, each with different traits and characteristics. They span the entire spectrum of hero to villain, but their gigantism is often seen as a flaw or burden. I enjoyed turning that expectation on its head and showing a “giant” character have a giant heart. Also, I’m 6’ 4”, which by no means is “giant” but I feel like I can relate on a very minuscule way to giants in a way I cannot with other characters from lore.

AL: What aspects of Jim Henson’s TV series inspired your storytelling for this issue?

CN: Something that I tried to carry over from the TV series is the blending of the Storyteller’s and Peach’s Son’s timeline as the story progresses. Since the Storyteller is the narrator, it was essential for him to appear from time to time to catch the reader up. This allowed opportunities to insert both the Storyteller and Dog into the main story in fun ways. 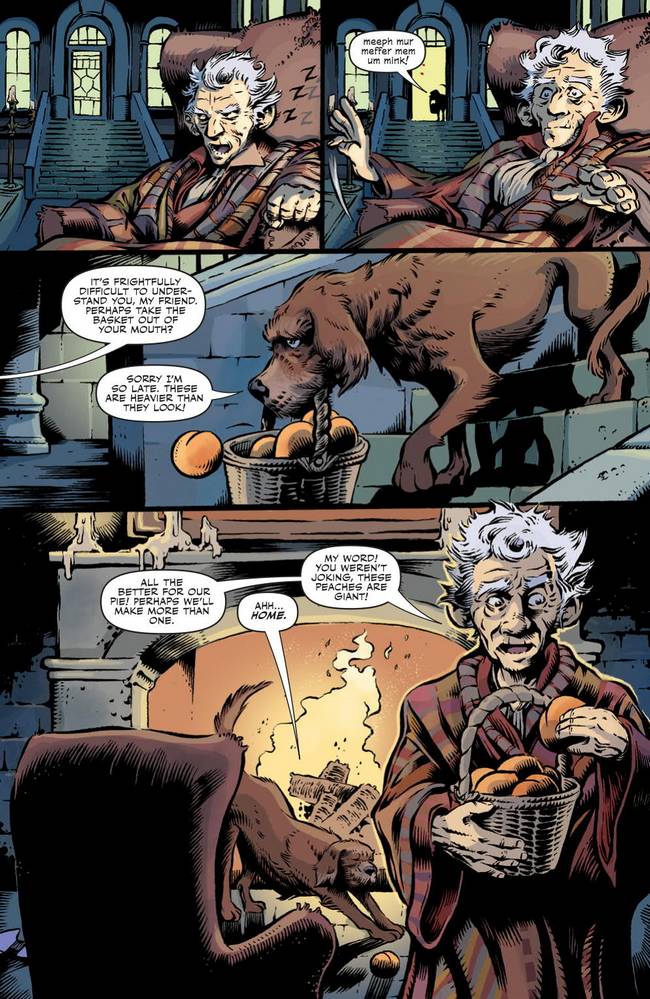 AL: Can you discuss some of the challenges of fleshing out an entire story in a single issue?

CN: A single issue isn’t an exurbanite amount of space to tell a story about a large character. Every panel takes up essential real estate in the progression of the story, and therefore must work on many levels. Emotional connection is important for any successful story, so the less room you have, the harder you have to work to translate feeling and mood. Overall, it’s a really fun challenge and one that I’d gladly repeat again. I’m of the belief that constraints can lead to interesting results.

AL: As writer and artist, what is your creative process like? Do you script the story fully and then pencil, or does the story change as you progress through creating the artwork?

CN: My process is majorly analog in the beginning stages of both writing and art. I started this specific project by pulling all my favorite aspects of the original story and chronologically listing them from beginning to end. This leaves me with a bare skeleton of a story, from which I use artistic license to connect things and edit what I think might make the story better, or uniquely my own. After this, I took all my notes and formulated a denser summarization of what I’d imagine the final text to look like. This is to make sure every stage of the story fundamentally works and allows for more thorough editing. Finally, I’ll write out the complete draft that’s ultimately a culmination of all the previous work. It’s here that I’ll do most of the dialogue writing and detail description. Moving to art, a majorly finished script is essential. Typically, I’ll draw out several thumbnail sketches on how I’d imagine any given page. These rough sketches rarely make sense to anyone but me. Proceeding from here I’ll start roughly laying out the paneling and major elements of each page. Upon approval, I’ll begin drawing the final pages in graphite. Next, I’ll start laying down ink so I try to do any last edits during the graphite stage when they’re more easily done. Inks are scanned, and everything is colored digitally. The story rarely changed as I progressed through the creative process and things started to become more “final”. Most edits that were made were minor, and often aesthetically driven. 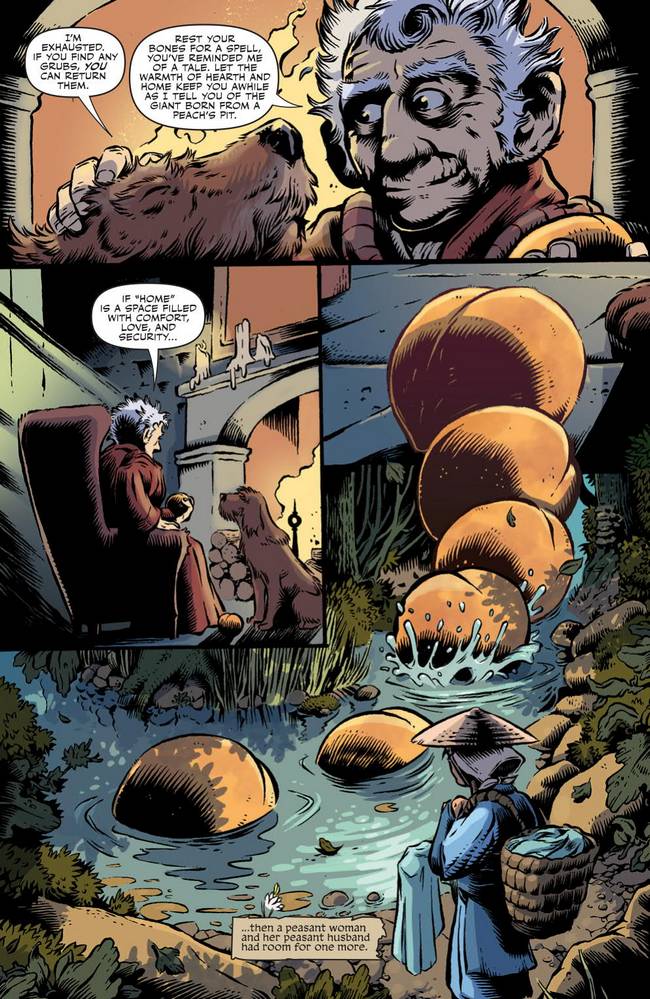 AL: Previous Storyteller themes have included Witches, Dragons and now Giants. If you had the power to choose the next theme, what would it be?

CN: Knights! I think there is a lot of room to expand upon the vast quantity of legends revolving around medieval era knights. The typical knight story too often consists of slaying dragons and saving fair maidens, whereas the potential to have a knight with flaws, or unique aspirations, or cultural differences would be an exciting one.

CN: Firstly, I sincerely hope you enjoy the comic! Secondly, I’d like to extend my gratitude to the Jim Henson company for allowing me the opportunity to represent them. Henson’s work played a major role in my development as both a creative and human being. What Jim offered us all is nothing short of precious and I’m honored to have the chance to pay my respect.

Jim Henson’s The Storyteller #1 is in stores now.