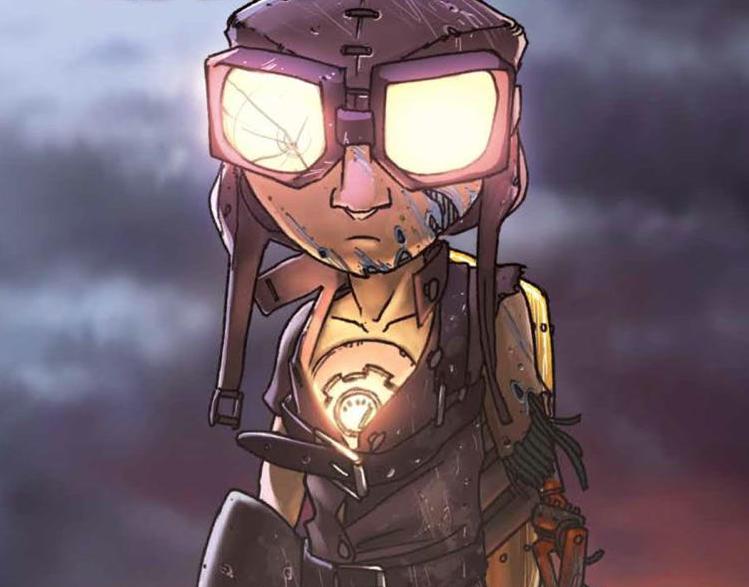 It’s 2011. An OGN erupts from Archaia Entertainment featuring a Rocket Boy, a family’s battle to keep their farm and an epic war. Royden Lepp’s Rust is coming to a close with volume 4, Soul In The Machine and Lepp was kind enough to talk us through the process of bringing this story home. 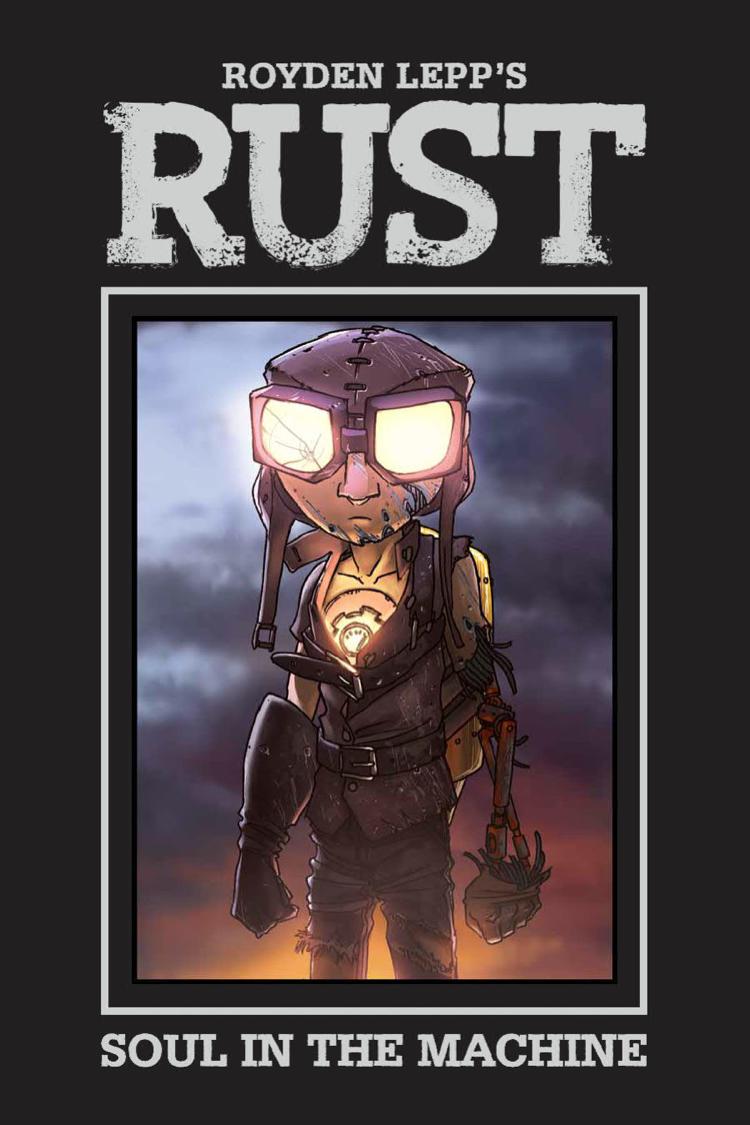 Aaron Long: Can you set the stage for the final volume? Does it pick up right at the end of 3, or is there a gap between the previous volume and this one?

Royden Lepp: Volume 4 picks up seconds from where we left off in Volume 3. The hardcover of course gives readers the final piece of the flash back puzzle from the war which, as a reminder, I tell backwards 🙂 So readers are actually getting the first chapter of the flash back and the last chapter of the Taylors on their farm. I’m not sure what I else I can say that isn’t a spoiler, there’s gonna be more robots, bigger robots, zombie robots. There’s going to be an ending.

AL: The first volume of Rust hit stores in 2011, what is the overwhelming feeling as you come up on the release of the final volume of the saga?

RL: Relief. Sadness. This series has been such an intrigal part of my life that’s hard to believe it’s over. I’ve sat on my couch and looked at the empty spot where Volume 4 should go for years. It’s hard to believe it’s done. I’m totally relieved. I can go to bed before midnight now, I can watch tv, I feel less stress but It’s hard to think that I won’t draw those characters again, that I won’t stand on the Taylor farm again. 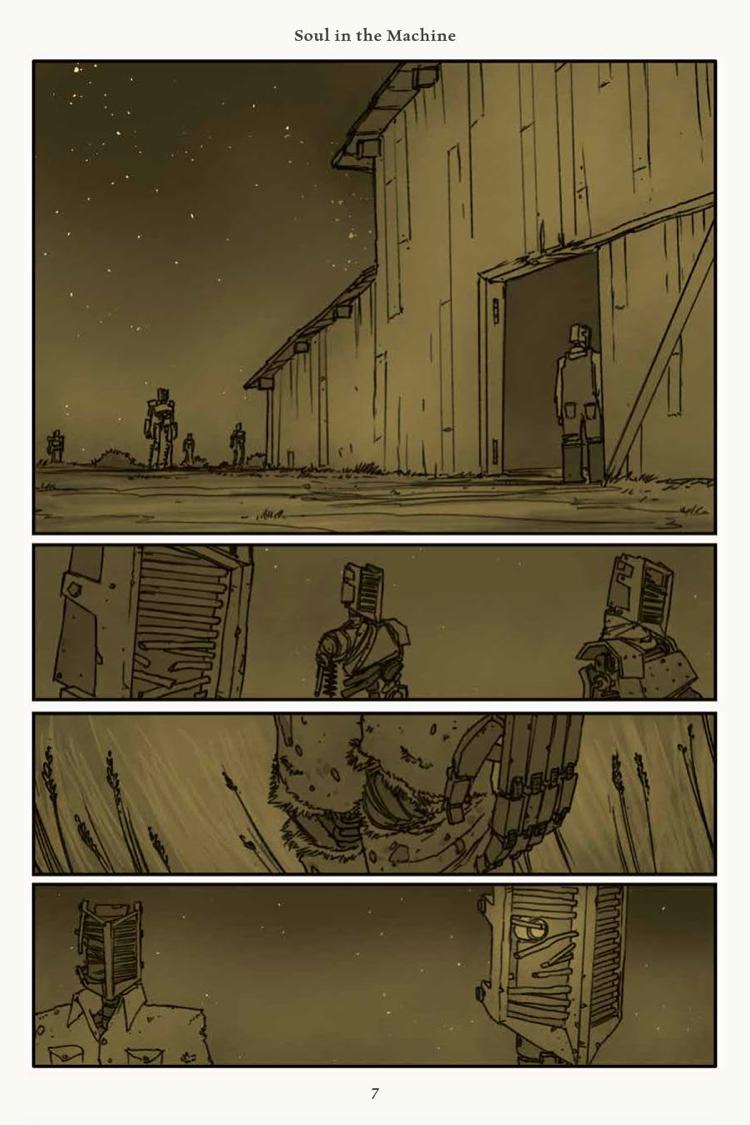 AL: Is there a singular moment in the entire Rust story that stands out at you as your favourite to write or pencil?

RL: There are so many. There are little moments throughout the book that I’ve been envisioning for years, getting to finally draw them was one of the most satisfying creative experiences I’ve had. Most of them are spoilers to describe. The very final scene in the final volume was something I saved for myself and savored. I tried not to write too much of it ahead of time but instead tried to create a space for myself to close the book in the most natural and satisfying way. It was liking saving dessert for last. I took my time with each page, I paced it really carefully and purposefully.

AL: From the outset of the series to the conclusion, did you find your storytelling style and/or the narrative changed at all? Did the ending you envision at the outset of volume 1 remain intact as you created volume 4?

RL: Readers may not notice but a lot changed. I feel like I was searching for my voice in Volume 1 and 2, I was still trying to get a sense of my preferred rhythms and panel structure. In many ways I was experimenting in Volume 1. By Volume 3 I felt very confident in my voice. My joke has been that it takes me four books to learn how to tell the story. The ending was not fully envisioned when I started this journey. I knew the kind of ending I wanted, I knew where it was probably going but I didn’t know the specifics. Once I saw the ending for myself it didn’t really change. 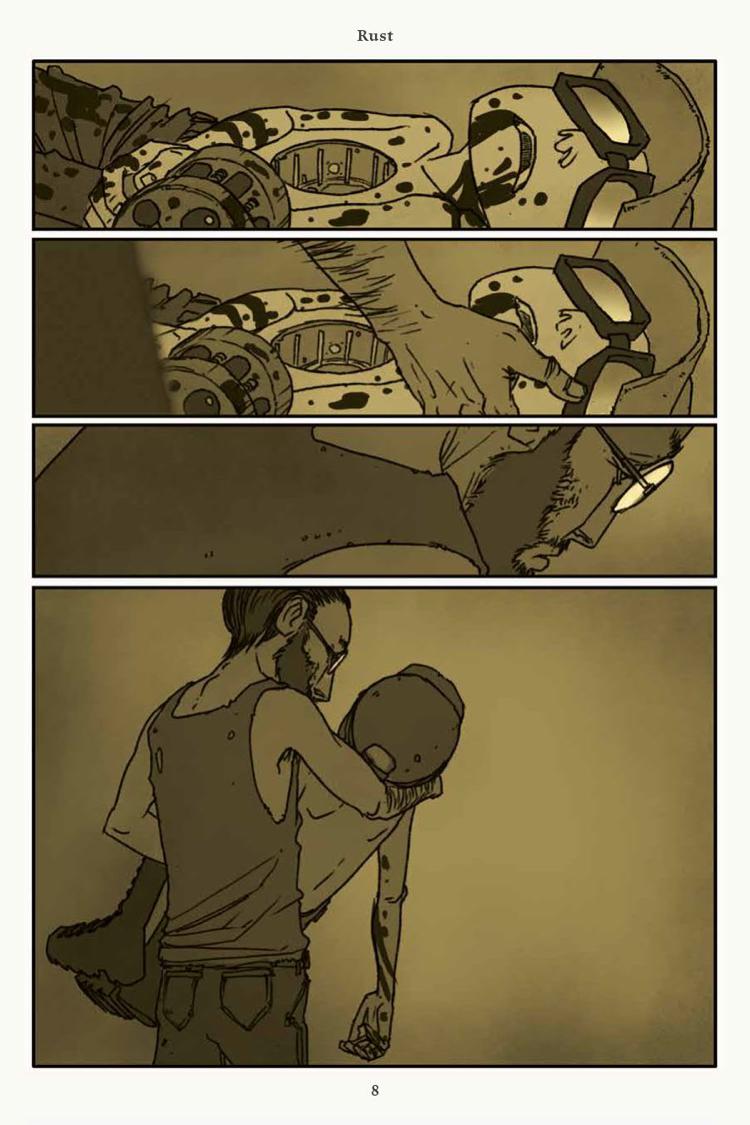 AL: Do you feel the book is closed on Jet and the rest of the cast? Or does a storyteller like yourself ever truly close the book on a world like that of Rust?

RL: I’m closing it for now. I don’t have plans to continue in this world. I would love to, there are no end to the stories I could write inside the world of RUST but I think I need to move on to another story (if I do). I feel like this project took a lot of years. Realistically I may only have one or two more stories in me (that people will actually read). I don’t feel like it would be a good choice to just continue on with RUST. But who knows, maybe RUST is all I really have inside me.

AL: Rust is a phenomenal work of visual storytelling, even more special in that it can be enjoyed by readers of practically any age. Do you have any plans in the future to work in the all-ages/YA realm? Was it challenging keeping the tone of Rust all-ages friendly as the story progressed?

RL: Thanks Aaron! Kind words. I don’t write all ages or YA on purpose. I actually think RUST is a pretty mature story with mature themes. I didn’t hold anything back or pull punches. My first audience is always me. Selfishly I just want to write to a story that I would read, if there’s an audience for it that’s great, I don’t care what their ages are. But I do like kids, they tend to be more honest, more capable of imagination, less bitter 😉 Not that any of my readers seem bitter. 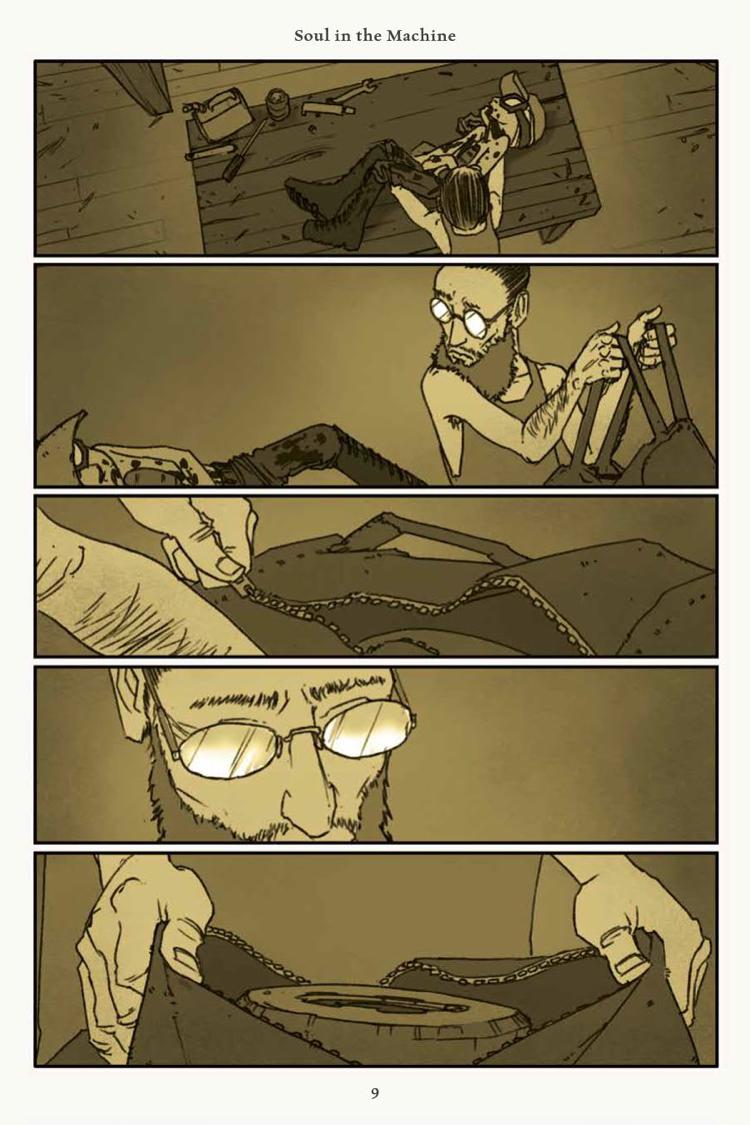 AL: Any final words for readers regarding Rust?

RL: I will miss our interviews Aaron. I’m getting to do all these ‘final’ interviews with people who have been such great supporters of this book series. The comic industry is truly the friendliest and most wonderful culture to be a part of, from the press to the shows to the fans. Thanks being on this journey with me and thanks to each and every reader who handed RUST to a friend and said “I think you might like this”.