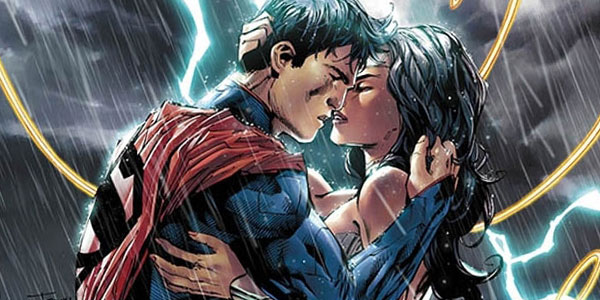 Few things have been as controversial in DC Comics’ New 52 initiative the last two years as the new relationship forged between flagship characters Superman and Wonder Woman. Now launching a new title devoted to their budding relationship — and all the action and drama that will entail — writer Charles Soule couldn’t be more excited for the possibilities ahead for the Amazon Warrior and her Man of Steel. Soule took time out for a chat about what we can expect when Superman/Wonder Woman hits the stands, and what it’s like to take on these particular incarnations of DC’s top heroes. 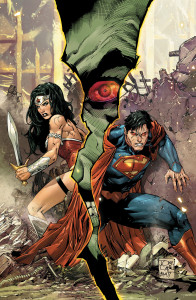 Matt Santori: Congratulations on the new series, Charles! Between Superman/Wonder Woman, Swamp Thing and Red Lanterns, you are touching so many corners of the DC Universe! What opportunities does this newest title offer you as a writer that the other two don’t?

Charles Soule: Superman/Wonder Woman works on a massive scale, using some of the biggest toys in the toybox. That alone is fun. Things that happen in this book will touch every part of the DCU.  Also, it’s a chance to write Superman and Wonder Woman, which doesn’t come along every day.  Then, finally, there’s the fact that the title characters are a couple, which offers dramatic opportunities that are very unique, especially, again, at this scale.  It’s a blast.

MSG: It should come as no surprise that many fans have very conflicted feelings about Wonder Woman’s pairing with Superman (and vice versa). How do you see their dynamic as different than relationships each one has had in comics in the past?

CS: They both have the weight of the world on their shoulders, although for different reasons.  They’re pretty much equals on a power level, but they’re very different culturally.  It’s almost like dating someone from a different country, for each of them.  There are a lot of things that they understand about each other instinctively — what it’s like to fly, for example — but just as many areas where they don’t align quite so neatly. They can talk about things, and experience things together that are just not available to them in some of the other relationships they’ve had traditionally.  Does that mean this relationship is better than others? Nope — just different, and that’s what makes it interesting to me, and I think, to people who end up reading the book.

MSG: This is the first time in over 60 years that Wonder Woman will have two ongoing series at the same time. What elements of her mythos or rogue’s gallery, if any, are you looking forward to including in the new book? 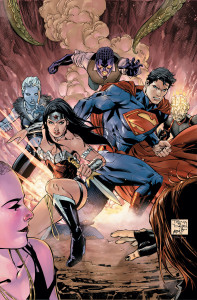 CS: Well, Brian Azzarello, Cliff Chiang and the rest of the team from the New 52 Wonder Woman title have done an incredible job developing a rich, dynamic backstory for Diana.  I’d be a fool not to touch on some of that.  I also do like a lot of Diana’s earlier history, and I think it would be fun to approach some of those characters with a new spin — but only if it makes sense in the larger story.  There are a lot of cool things we can do with this title, and we’ll do as many as we can.

MSG: Clark Kent has a full life outside of the costume, but Diana traditionally has not — in costume or not, she’s Wonder Woman full-time. How do you see this difference plays out in the way each of them sees the world, and each other?

CS: That’s a question that becomes increasingly central to the story over time, and so I’d like to let it play out in the issues, but I will say that questions like that one and others are very much on my mind, and I’m going to address them as they come up.  The book is not just a relationship book, however – not at all, and I don’t think readers necessarily want that. When it makes sense to play a beat that relates to the fact that they’re a couple, I’ll play that beat, but not at the expense of the larger story we’re telling.

MSG: Lois Lane and Steve Trevor still loom large in the DC Universe today, particularly Steve with his role on the Justice League of America, a team designed to oppose Superman and Wonder Woman in large part. Does either character have a space in your narrative, and if not, what other extended cast can we expect to meet in the title?

CS: I absolutely do have plans for each of their supporting casts, but telling you who, and when and how they show up, would spoil the surprise!

MSG: We’ve seen Tony Daniel briefly take on the two heroes in his arc of Justice League (#13-14) this year. How has it been to work with Tony and what do you feel he is bringing to the book that we haven’t seen before with Superman and Wonder Woman, together or separately?

CS: Tony is able to realize large-scale superhero action exceptionally well.  He makes Superman and Wonder Woman look like the living gods they are — but the smaller moments are there too.  There’s a sequence towards the end of the first issue where those two sides are juxtaposed very directly, and it’s beautiful to see.  I actually think that is one of the things that’s pretty new about this book. I mean, we’ve seen both Superman and Wonder Woman punch stuff a million times, but there are a lot of things we haven’t seen them do that are turning out to be very fun to explore. 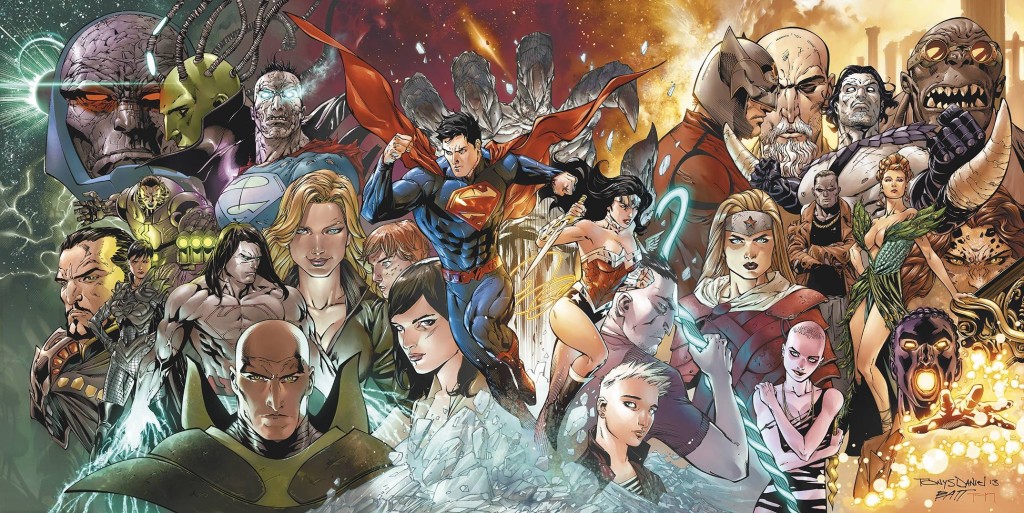 MSG:  Obviously, if we’re going to talk about two-thirds of DC’s Trinity, the other one will always loom large in the background. Will Batman have a role to play in the series, or any chance of a crossover with Greg Pak’s Batman/Superman book?

CS: While I absolutely love what Greg’s doing on Batman/Superman, and I think he’s going to knock Action Comics out of the park, I think we’re going to focus on the story we’re doing in our book for the time being.  Batman will show up, though, I’ll tell you that. I mean, I’ve only written Batman a little bit, in a Legends of the Dark Knight [chapters 53-55] story a little while back, and I’ll take any chance to write him that I can get.

CS: Just that this book provides a really rich, cool experience.  It’s not just one thing, it’s a lot of things — action, superheroics, intrigue, and yes, even some emotional beats — it’s big, and I can’t wait for people to see it in a few weeks.

The inaugural issue of Superman/Wonder Woman, written by Charles Soule and illustrated by Tony Daniel, will hit shelves on Wednesday, October 9. Soule’s work can also be seen monthly in the pages of Swamp Thing and Red Lanterns from DC Comics.