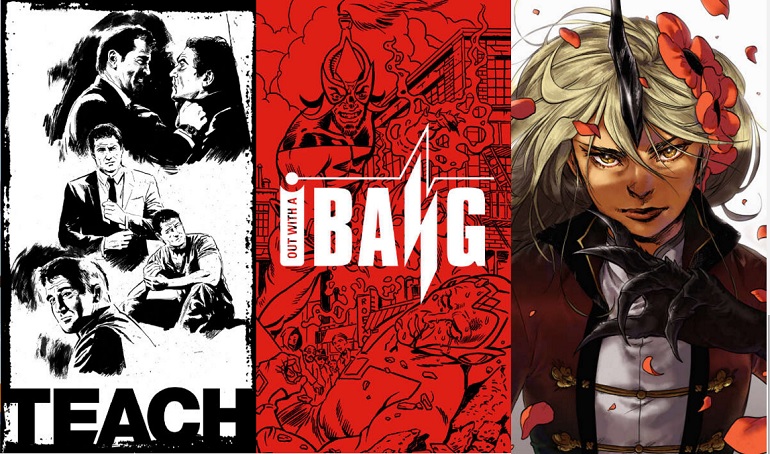 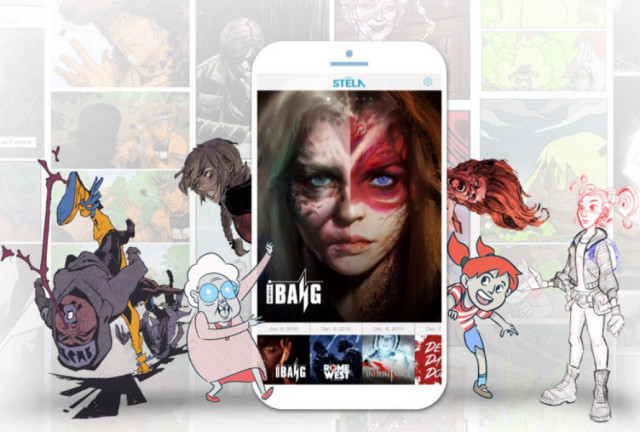 The digital comic frontier has been dominated over the last few years by Comixology. Delivering the comics of all publishers, they are the Diamond distributors of  digital comics reading. Even new digital comic companies such as Monkeybrain and Thrillbent eventually find their products making their way to the digital giant. Yet, there are a few companies attempting to break the mold. Earlier last year Electricomics launched with interactive storytelling. Now another company attempts to bring original digital comics content.

Stela is a digital formatting publisher has launched, just now, with more creators involved in their than you can list. With dedicated smartphone apps, what makes this site unique is that these comics are not created for you desktop. They are specifically designed to be downloaded and consumed on your smartphone or tablet; specifically in the vertical direction or format. Comicosity got a chance to talk  to Stela Editor In Chief, Ryan Yount, and Senior Editor Jim Gibbons. 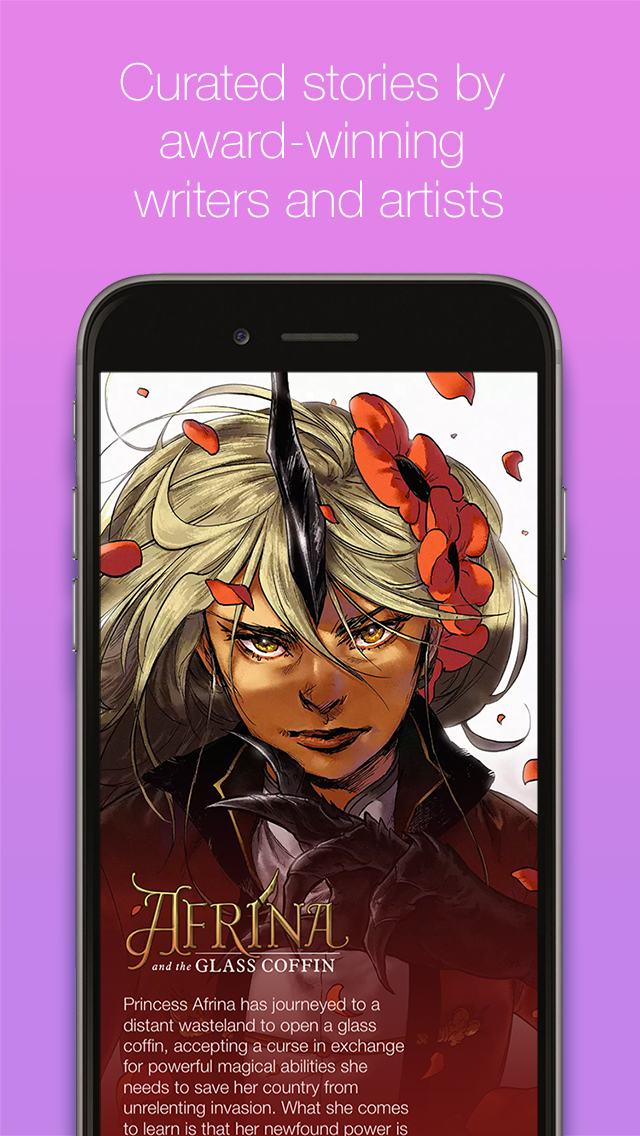 Jessica Boyd: There have been many new digital-first or digital exclusive comics companies launching in the last few years, what sets Stela apart?

Ryan Yount: Our format is the biggest differentiator. Mobile presents some challenges when thinking about how to do comics on a phone, and have it work. We started with the primary idea of doing comics for phones, and that guided us to this format, rather than taking a print comic format and trying to wedge it onto a digital platform.

Jim Gibbons: Accessibility, as well. We’re not just offering a platform geared toward current comics readers who want the ease of digital comics. We’re aiming to grow comics readership and audience with a line of curated creator-owned content that we beam directly into your pocket via your phone. For anyone who’s ever walked out of a Marvel movie or tuned into Flash at night and thought, “How do I get into comics?” we’re making it as simple as a few taps on your phone.

JB: Being made for a digital format, I’m assuming the name, Stela [ inscribed stone slab or pillar ] of the app is a nod to the shape of a cell phone. What was the motivation to create a platform for original content?

RY: You’re spot on. The name is definitely a nod to what we’re doing – words and pictures, inscribed on a tall stone pillar. Our comics are words and pictures, laid out in a vertical scroll. The motivation for the app came from thinking about mobile and comics… we knew right away that there was an opportunity to do this, as most of the digital comics efforts currently in play were focused on desktop or tablets (or on adding non-comics features, such as minor animation and sound effects). Smartphones are in the pockets of so many people today, they’re a great platform for consuming media. But in order to make comics work on mobile, we had to take a different approach to the format.

JG:  A name that’s a reference to the roots of the format for sequential storytelling on a modern slab or pillar, of sorts, seems appropriate. Old ideas and new ideas coming together. I think that applies to a lot of what we do. Comics are classic, but this is a new storytelling twist. 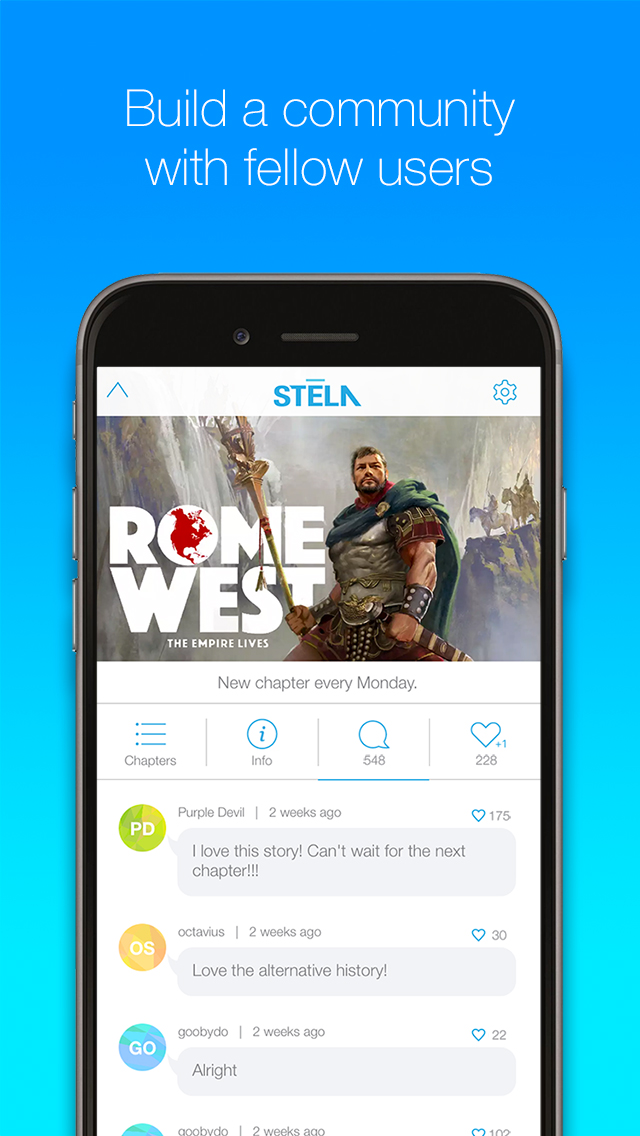 JB: Does focusing on creators and artists who have previously worked on web comics and other online formats help with making comics for Stela more intense or interesting?

RY: I’d say that the creators who have a background in web comics or are Tumblr natives have an easier time adapting to the format, for sure. It’s not such a large leap, conceptually. For the more seasoned comics vets who have been working in print for years, it can take a little more discussion, but when they see the app in person they get it immediately.

JG:  The great thing is, within our format, it’s really sequential storytelling in its purest form. As you scroll, you are forced to read one panel after another. No skipping ahead, no eyes wandering to other parts of the spread. In that sense, our format may look or feel a bit different, but it’s pretty traditional—a story told one image after another. As Ryan said, there has been a learning curve, but one that is quickly overcome because, end the day, folks are still creating comics.

JB: Does the digital format mean that these books will never be physically published? Will Stela creators ever have that option?

RY: All of our creator-owned books retain print rights. So later on, after their comics run with us, they can take it and collect it in print if they choose.

JG: But at a price of $4.99 for 160 pages of content a month, trade-waiting to spare your wallet need not be a determining factor for jumping on these stories—especially when the comics are being showcased in their intended format on our app. 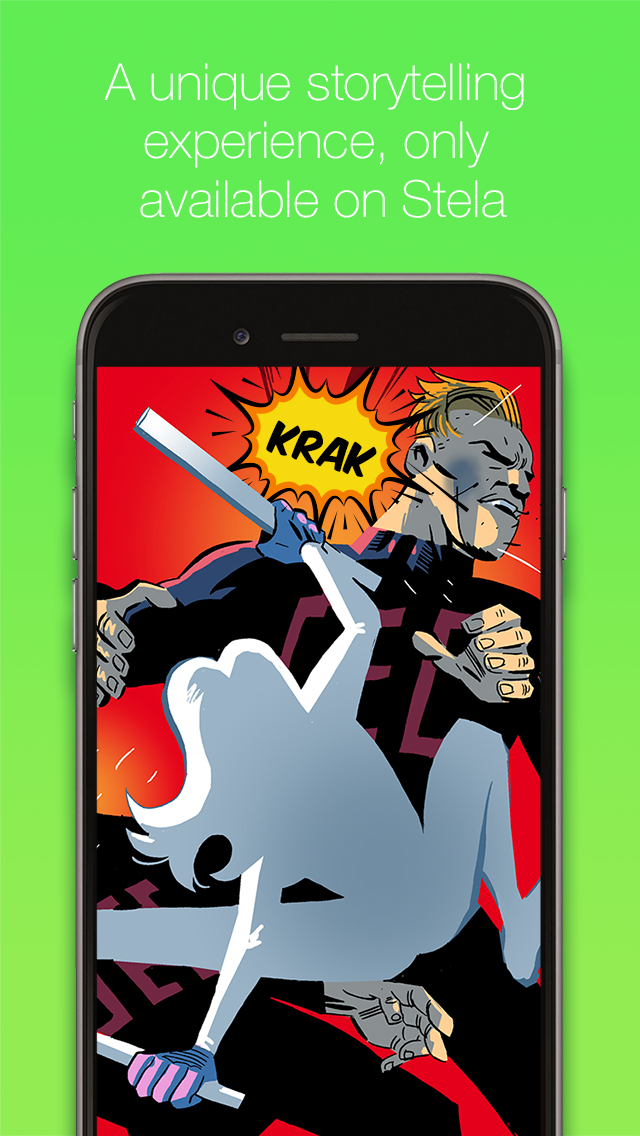 JB: Social media must play a huge role in getting the word out about your app. While online discussion is growing in its role to sell comics, they have traditionally been a medium that sells via word of mouth. What type of obstacles has that created when establishing your application and brand?

RY: The short answer is – we don’t know yet. Haha. It’s too soon to tell. After US launch we’ll have a much better idea of where we need to put our marketing muscle. Before we were announced (and so all details about what we were doing were hush-hush), it was more of a challenge to talk to creators. Really, I expect that we’ll actually have an advantage when it comes to both social media and word of mouth. If you’re telling your friend about Stela, you can show them the app on the phone. They can go right into the app store and download it.

JG: I think our creators are a huge asset for us as far as word of mouth goes, too. We’ve got about fifty series in the works, each with usually more than a single creator. We’ve got an army of folks who are having a great time working in this format and are already telling their fans about it. The vast majority of our projects are creator-owned passion projects that creators have partnered with us for, as well, meaning Team Stela is packed full of folks enthusiastically ready to spread the word and get people excited about the line as soon as we go live.

JB: Now you’ve already launched in Canada, and are just weeks, if not days, away from having Stela available in the United States. Are there plans to expand to other countries, or Europe if you see interest grow?

RY: Most definitely! It’s not complicated for us to expand fairly quickly to other English-speaking countries, but our thinking is more around our own operations and making sure we can support those territories properly – so we don’t want to get too far ahead of ourselves, too fast.

JG: One step at a time, but always another step after that. 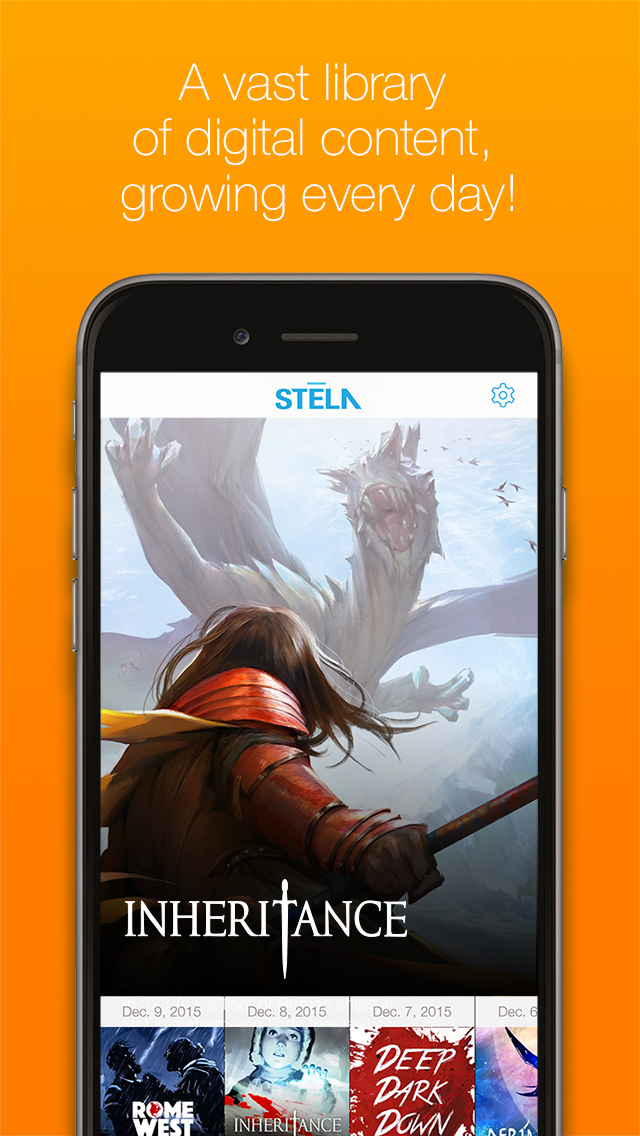 JB: How can Comicosity readers sign up for Stela or get updates about when it is available in the United States?

RY:    Hit up our social media accounts for the latest news, or go to Stela.com and sign up for our email list.

JG:  I think we’ll also be compiling a list of all our creators and their social accounts, as well, if you’re a completist. We’re really proud of our internal team, but also extremely thrilled to be working with so many people who have been so vocal about working with us. So, as Ryan said, definitely check out our social accounts (@readstela), but definitely follow our creators and collaborators too!

JB: Thank you very much for your time.

JG:   Thanks a ton! Thanks for giving us the time!

You can download Stela today, where the first chapters of all series are FREE, by visiting the following link, which will take you directly to the app store if you are reading on your mobile device: http://bit.ly/1RlQHcOM.

– Downloading the app is free from the Apple App Store on iOS.
– Available 2/25 (That’s TODAY!) in the United States.
– After the first chapter, monthly subscriptions are $4.99 for a limited time.