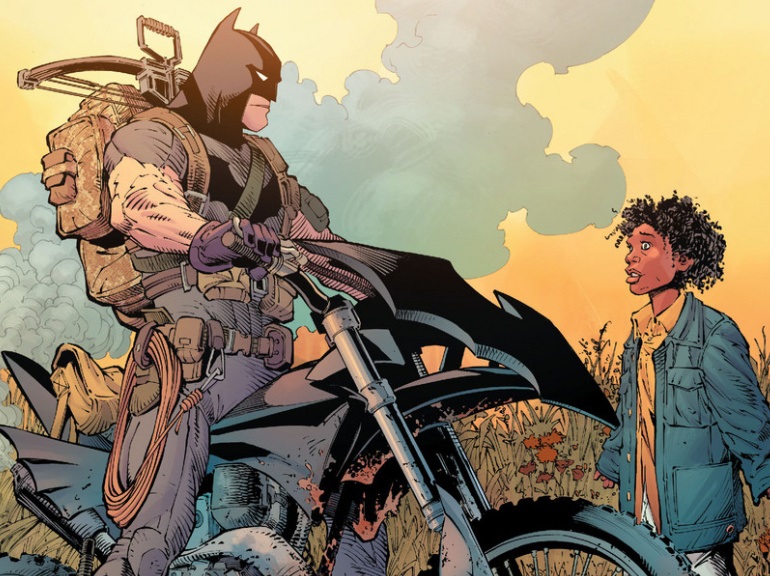 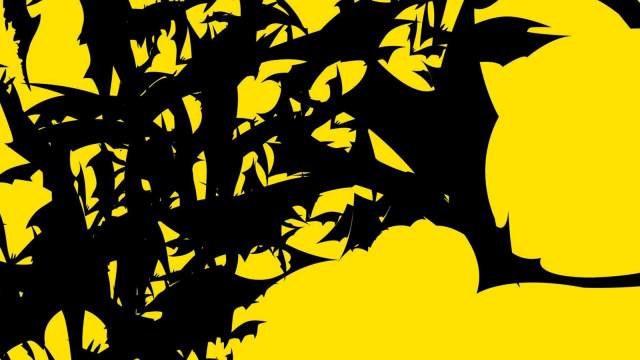 Greg Capullo’s run on Batman is one of the most storied in the history of the character, already cemented for many readers as a definitive interpretation of The Dark Knight. Wildly popular and critically acclaimed, this is only the latest entry on his long resume. Mr. Capullo was kind enough to take time from his very busy, very long line at Baltimore Comic-Con to talk about the most recent phase of his career, as well as sharing some advice for new artists and some insight into his process with his collaborators.

Alison Baker: You’ve had yet another really big year. How would you compare this current “Batman” phase of your career to your “Spawn” phase? Where do you see yourself now versus then?

Greg Capullo: Well, I mean, it was great being on Spawn, and it was a Top-5 book for most of the time I was on it, but I’ve got to be honest – you’re always going to be under Todd MacFarlane’s shadow, it’s just so big. And I think this was a great move, because now I’m not judged or connected with such an icon like MacFarlane.

So I think this was a good career move, because people are assessing me on my own. That’s a good feeling, you know? And Todd’s been my biggest supporter and fan over the years, he thinks this is great.

AB: What is it about your work, especially with Scott Snyder, that resonates so much with fans? You’ve had one of the biggest lines at the con all weekend.

GC: (laughs) I have no idea! All I can tell you is that it’s not like creating a boy band where you put the good-looking kids together who can dance well and put microphones in front of them and suddenly the girls all go crazy. Lightning has struck, and I’m grateful for it. Like I said, I don’t know why, but maybe it’s that we both love [Batman] the character. We do our best on every issue. Who knows! All I’m going with is ‘Thank you!’ 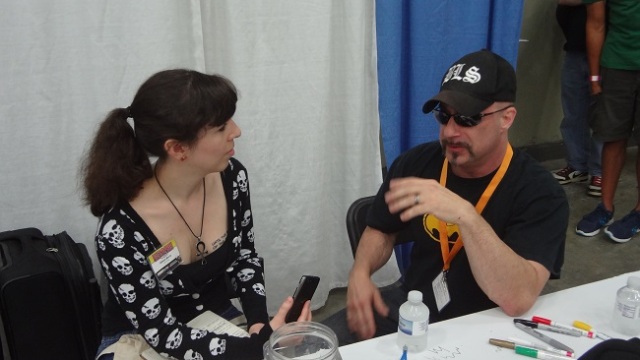 AB: What advice do you have for writers and artists trying to break into superhero books right now?

GC: Well I don’t have as much advice for writers as I do for people who want to become artists. What I’d tell all of them: don’t say you want to be a comic book artist. Say you want to be a commercial artist. By the time you hone your skills to the level they need to be, maybe comics don’t exist anymore, but you’re still an artist and you still want to make money with your art.

So then what’s the answer to that? I’m not saying don’t have that as a goal, I’m saying don’t put all your eggs in one basket. Make yourself a good draftsman, who is well-versed in all the components of drawing, and that way if a door opens prior to comics – as it did for me, I did ad work before I illustrated comic books – then you’re more able to go through those doors while you’re waiting to do the comic book gig.

And be prepared that it doesn’t happen with the wave of a magic wand or pencil. It’s ball-breaking work, it takes a lot of sacrifice. You have to be prepared for that. But the rewards will come if you apply yourself. Work hard, get your work in front of people who can get you work – like people come to me and say Greg can you look at my stuff and I say ‘Yeh, I can help you,” but ultimately it’s better to do that with guys who can actually get you work. The talent scouts, the guys who are actually looking for artists – they can advise you the same as I would, but they’re the ones who can actually give you a buck. I can’t do that for you. That’s my bit of advice.

AB: I want to talk a little bit about your process, starting with your relationship with your inkers. How do they amplify what you do? What do you depend on them for, and what do you bring to them?

GC: Well, I pencil a little tighter now because Danny [Miki, inker on Batman] was a bit rusty coming from Marvel, they weren’t utilizing him, and even though Danny and I have worked together for a very long time. But I’m starting to loosen up because Danny is starting to get back into the swing of things with me.

An inker shouldn’t be a tracer; an inker should redraw your drawing, and you know I don’t trust too many guys to do that. Danny is one of the guys I do trust. I don’t have to waste a lot of time – like say I have a shaded area and I’m using hatch marks to get that half-tone effect, I don’t have to put 30 lines even though that’s what I want, I can do four lines because Danny knows this of course needs more than four lines. He’ll get it done, and that way it’s gonna end up fresher than if he’s just retracing my steps.

So the ideal is to get into such a relationship with your inker that you actually pencil looser, so that the actual drawing takes place with the inks. That’s when you get the most popping art. 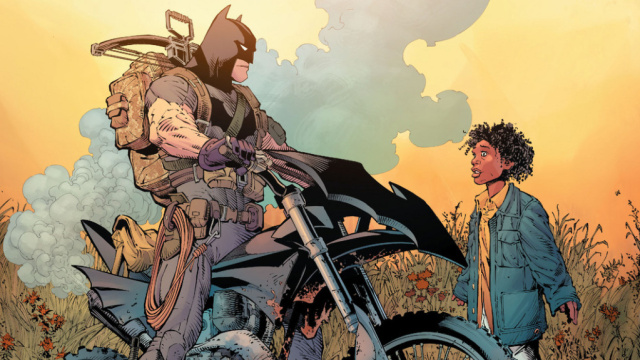 AB: With your colorists, between Court of Owls/Death of the Family and Zero Year, there was a tonal color shift to brighter, bolder visuals. What was the reasoning behind that?

GC: Scott was the one who really requested that. He wanted Zero Year to be completely different from what we’d been doing. He just wanted a big, bright color palette. I hand-picked FCO [Plascencia, Batman colorist] and I trust FCO and I just told him, you know, here’s what we’re trying to do, and it was funny because he was nervous about it himself.

He’s using these bold colors and he’s going ‘I don’t know, how does this look?’ And it looked fantastic, so we just kept going and encouraging him to open up the floodgate, which he did. He turned out fantastic work with that really bold color palette. So it was really Scott going ‘Let’s do it bright!’ and me telling FCO ‘Ok, let’s go bright!’ and FCO just delivering the goods.

AB: And it came out absolutely beautiful.

AB: Is there anything you wish someone had told you early in your career that you had to figure out the hard way?

GC: You know, I’ve had it pretty good. I got a lot of great wisdom when I was trying to get in, and I had a real tough guy, Larry Hama, who gave me some really raw, (laughs), like raw, raw, raw criticism. So I don’t really think there’s anything that was missing.

AB: My final question is what are your favorite kinds of stories to tell?

GC: It’s tough to say. Obviously most of the guys and gals who get into this business like superheroes, so they want some action, but what I really, really enjoy doing are the character interactions. The quiet scenes with just regular people talking. I love drawing Jim Gordon, I love drawing Alfred, I love the supporting cast members.

So, I don’t mind doing some talking head stuff, even though of course I love the big POW-BOOM and all that. I like something that has meat and potatoes there where I can go from ‘right here we’re gonna beat that guy up, and then we’re gonna have a tender moment.’ I guess I like it all!

AB: Well thank you so, so much for taking the time to share with Comicosity readers, Greg!