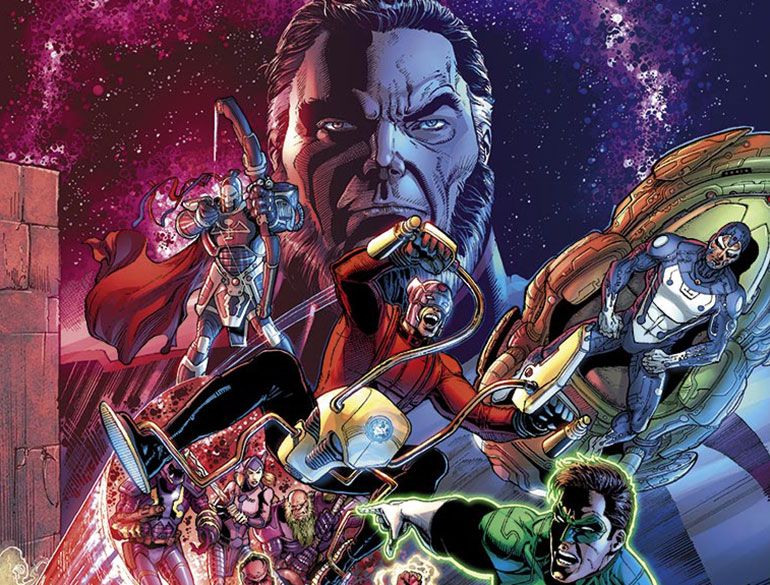 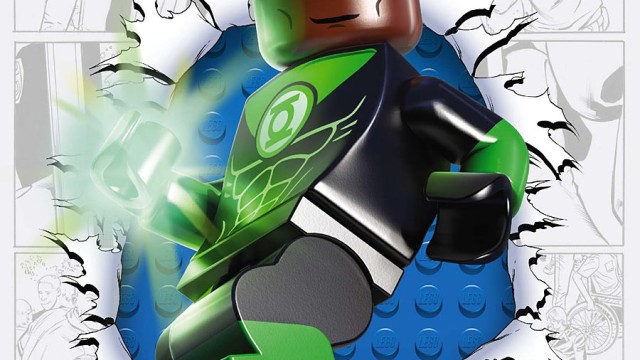 The New Gods have been dancing in and out of DC Comics’ books for the past two years, appearing individually in books like Wonder Woman, Earth 2, and Batman/Superman. Now, “Godhead” has descended upon the Green Lantern Corps, and writer Van Jensen is at the center of it all — pitting veteran Lantern John Stewart against the might of Jack Kirby’s finest creations. Jensen took some time in the wake of Green Lantern Corps #36 to talk about what it’s like to reinterpret the New Gods, what kind of conflict we’re seeing in the book now, and what is coming up post-“Godhead.”

Matt Santori: Thanks for taking time out to chat with Comicosity, Van! Now that we’re deep into Act 2 of “Godhead,” what have been your impressions of working with the New Gods characters?

Van Jensen: There’s a good reason why Jack Kirby’s Fourth World still resonates, decades later. The King created some of the most compelling and weird characters in comics, and it’s definitely an honor to work in that universe.

​One of the things I loved about Kirby’s work was the focus on the very personal impacts of war, even on gods. And that’s something we’ve carried through into “Godhead.” The New Gods are the only thing sparing the Multiverse from Darkseid, and that weight has greatly changed them over the ages. Highfather is desperate to win this war, whatever the cost. And that position puts him and the rest of the New Gods at odds with our ring-slingers. 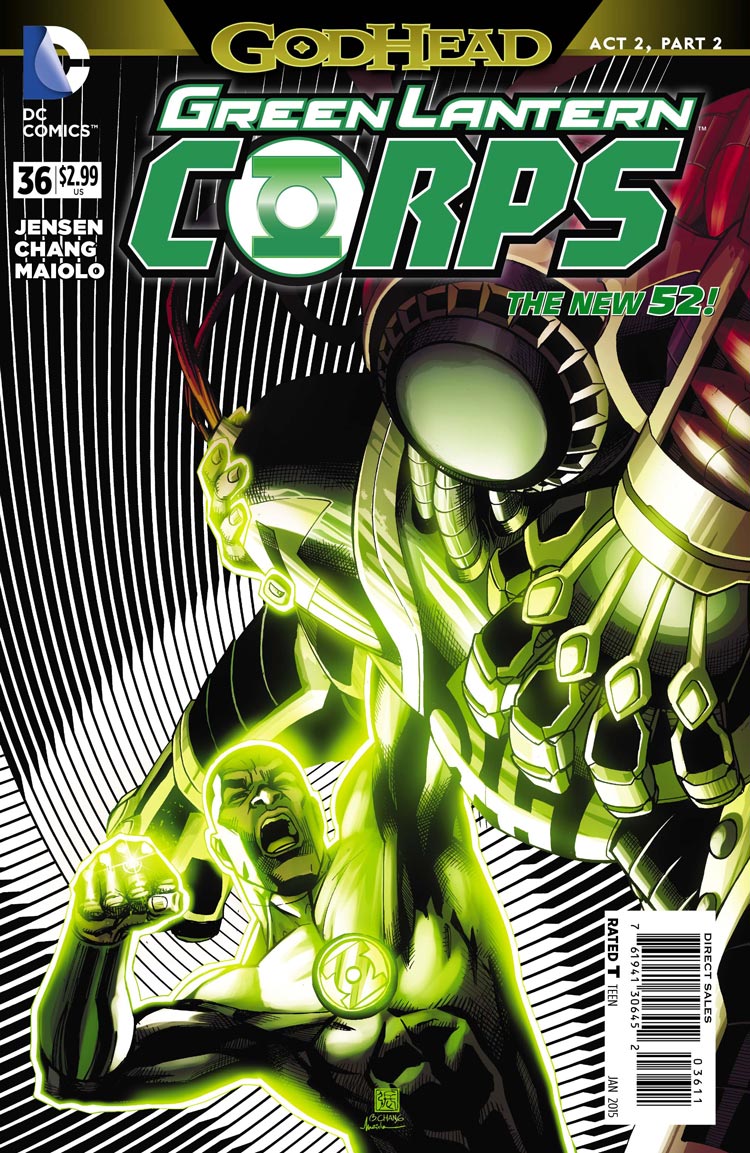 MSG: It’s an interesting dilemma the Corps is in, pitted against beings that also have the welfare of the Multiverse in mind. Does that change anything for John and the others, when it’s themselves they’re protecting?

This is a story without a true villain, in the traditional sense. John Stewart and the rest of the Corps understand that they have the same goal as the New Gods: protecting the universe. But the Corps has a very different way of going about this task, and they cannot stand by as the New Gods sacrifice entire planets in the cause of battle.

That’s something that comes up in every conflict: What is the acceptable cost of victory? The New Gods have a very different perspective, given that they’ve lived eons. To them, a human life goes by in the blink of an eye. So a single life doesn’t carry the same weight as it does for, say, John.

And as Earth emerges as a target in this war against Darkseid, John is going to have some very personal stakes in the fight.

MSG: John is once again partnered up with the Star Sapphires. What is the attraction (no pun intended) in putting John into play with them on a regular basis?

VJ: When I first started on the book (with issue #21), I started looking at the history of Fatality and the way she’d been almost brainwashed as a Star Sapphire. That’s a really interesting dynamic, and we continued to explore that as Fatality was replaced by a Durlan shapeshifter, and then she claimed not to really love John. It’s been an important area to explore for John, as he’s been going through the process of rediscovering his emotional side.

One of the things I’m interested in is gender dynamics in comics, and this ongoing story arc is largely an exploration of that. The Star Sapphires are fascinating in that regard, as a group that excludes males. So this issue is really the culmination of that. 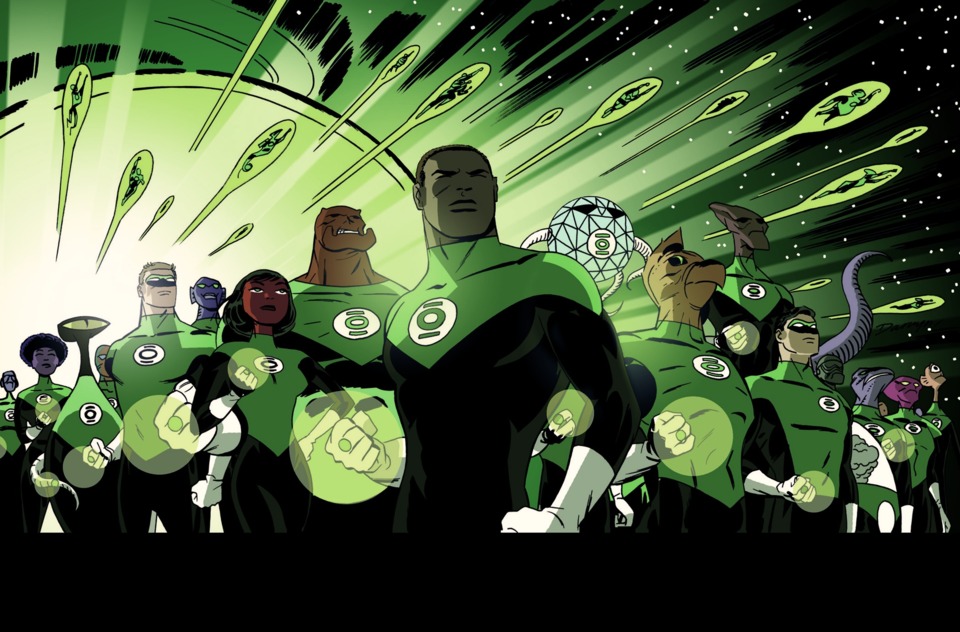 MSG: We also briefly saw Indigo-1 in the last issue, pulling John and his team away. How have you been finding working with that corps now that their origins/motivations have been made clear?

VJ: The Indigo Tribe is such a great concept, with some really fun characters. Any chance to include them in a story is a good one. They play a big role in this story, both because of their unique teleportation ability and their nature as psychopaths clinging to their rings as a path to salvation.

MSG: Getting back to the New Gods, Shadowfall is the primary antagonist with this act, and he’s new to the Kirby pantheon. What is essential to you in developing a character that will fit into this existing, very specific mythology?

VJ: The first thing I looked at in creating new New Gods was filling some archetypal roles, as all of Kirby’s creations in the Fourth World are at least based in an archetype. Shadowfall is a warrior, pure and simple, eager to battle, ready to do whatever is necessary to claim victory. Beyond that, we focused on fitting the character designs into a modern context while retaining that Kirby feel. Pete Woods designed all of the characters and did just a phenomenal job.

Also, there’s a pretty fun twist to Shadowfall, but you have to read the issue to discover what it is! 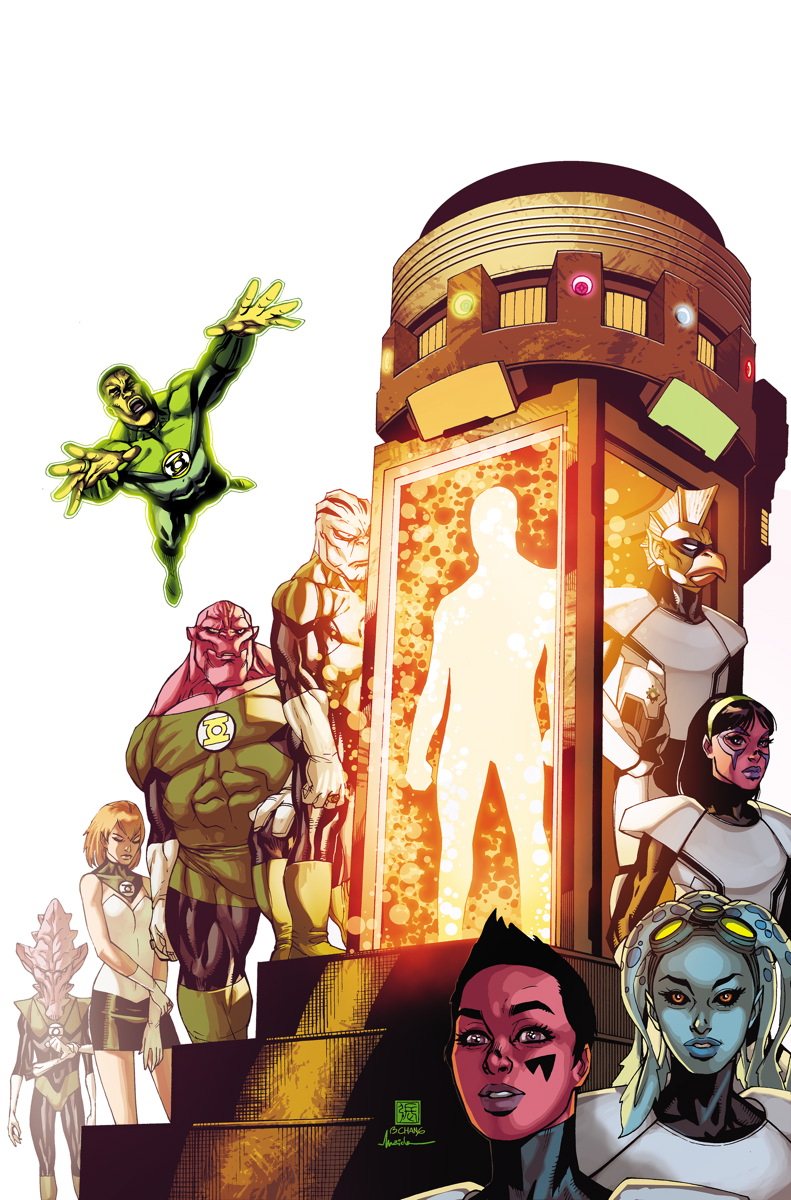 MSG: These recent issues must be a huge treat for Bernard Chang, having multiple Corps and Gods at his disposal. What do you think the artist is bringing to the table that’s unique for the event?

VJ: Bernard doesn’t have any weaknesses as an artist. He captures the emotions of characters and creates amazing designs. But these issues have been especially big and bombastic, so it’s been fun to see Bernard let loose on some big action sequences.

And a lot of credit also needs to go to colorist Marcelo Maiolo. He’s always good, but he has really brought some intense work to “Godhead.”

MSG: As we look past “Godhead” and into the new year, what kinds of threats can we expect John’s team to be facing off against?

VJ: As the Lanterns have been drawn into the fight against the New Gods, the Shadow Empire has expanded its reach throughout the universe. The Corps is soon to discover just how far the shadows have spread.

Oh, and John is going to make a discovery that changes him forever. No biggie!

VJ: Green Lantern Corps #36 featured something that has never happened before in the history of the Lantern universe! Also: Penelops wielding swords. If that doesn’t get you excited, I don’t know what will.

And check out this awesome cover for the upcoming Green Lantern Annual #3, the final chapter of “Godhead,” drawn by Ethan Van Sciver! 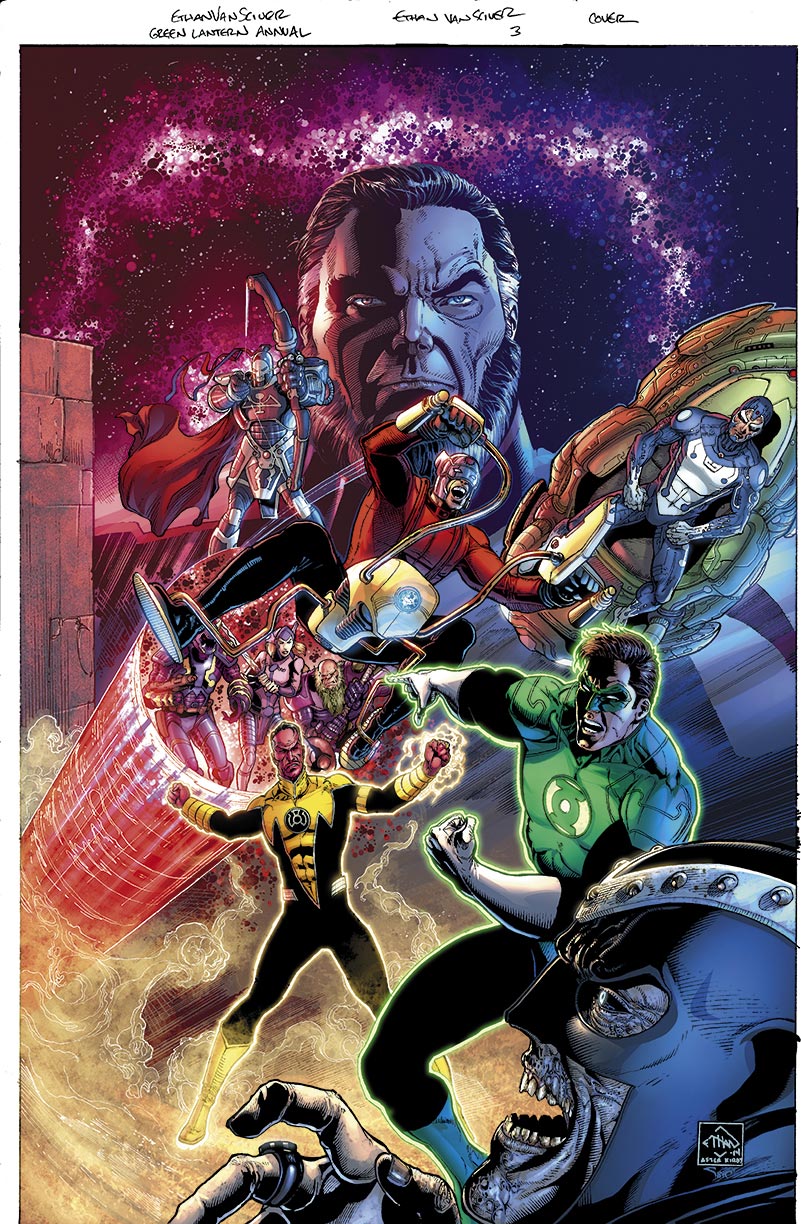