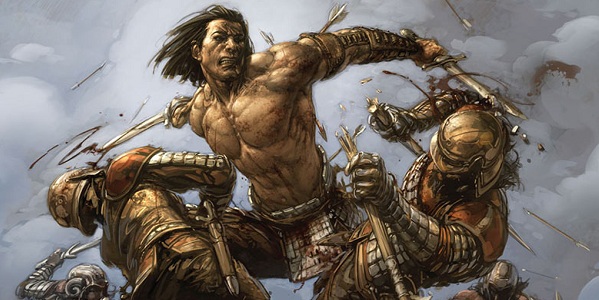 The Eternal Warrior. Gilad Anni-Padda. The Fist & Steel. He is known by many names, and feared throughout the Valiant Universe. On September 11, the Eternal Warrior storms into stores in his own series from Valiant, penned by Greg Pak with art by Trevor Hairsine. Comicosity was able to sit down with the Executive Editor of Valiant Entertainment, Warren Simons, to get the scoop on the upcoming series (with preview and covers for issue #2) and what readers can expect from Eternal Warrior.

Aaron Long: Archer and Armstrong readers are no stranger to the stoic Gilad, but what made Greg the right fit for the Eternal Warrior character and project? 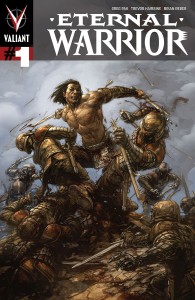 Warren Simons: I worked with Greg at Marvel on X-Men: Magneto Testament, a book that he did an absolutely amazing job on and that we’re both incredibly proud of. He was someone I definitely wanted to work with again. Greg does a really fantastic job of writing these big, sweeping action epics and grounding them in human elements. I knew when we were looking for someone to relaunch the Eternal Warrior into his own series that Greg would be perfect for it and we’re super fortunate to have him on board such a key cornerstone title of the Valiant Universe.

AL: As his name states, the Eternal Warrior is immortal and for that reason has a lot of history that can be examined. Will the first arc of the series be taking place in the present day Valiant Universe, or in Gilad’s past?

WS: We’ll be seeing Gilad in both the past and the present, how events throughout the Eternal Warrior’s history and throughout the history of the Valiant Universe shape and affect the storyline in the present. With a character like the Eternal Warrior we have this unique opportunity to do something that’s really interesting and peel back some of the layers on the more enigmatic corners of the world that we otherwise wouldn’t be able to. We’re going to see parts of the Valiant Universe in a way that could only be understood by an immortal.

AL: In Archer and Armstrong we learned of Gilad’s relationship with the Geomancers of the Valiant Universe. Will the new Geomancer be playing a role in the Eternal Warrior series? 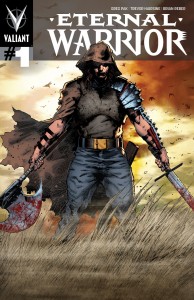 WS: Yes, we’ll definitely be exploring what Gilad’s relationship is with the Geomancer(s), and what it actually means to be the Fist and Steel of the Earth. What it means to serve and protect the Geomancers — and what their purpose is in the Universe. As we peek into some of the darker corners of the Valiant Universe, we’ll see that Gilad is just one of many forces at play in the Valiant U., and there are multiple “champions” — each serving a larger, enigmatic force — each vying for control and power in sometimes vicious, cruel ways.

AL: Being that Gilad is the Fist & Steel, he’s a pretty powerful force in the Valiant U. Can you discuss what he will be up against in the first arc, and what will be formidable enough to challenge him in the series?

WS: He’s probably the most formidable warrior in the Valiant Universe, having lived and fought for the entirety of history. Which makes him a fantastic character to come up with threats for, because he could fight anything really, at any time, in any place. There just isn’t any off the wall crazy fight scenario that wouldn’t make sense somewhere in this book. We kick off the first issue with him facing off against an entire army on the ancient equivalent of PCP, which Trevor Hairsine just nailed, he’s been doing some really beautiful work on this book. From there we’ll be introducing all sorts of new threats for Gilad to face, including his own immortal children, who we learn are just as dangerous as Gilad, if not more so.

AL: By bringing Greg over to Valiant, both he and Incredible Hercules co-writer Fred Van Lente are once again writing in the same universe. Being that title characters in your respective series are brothers, can fans expect a writers reunion at some point down the road, or will the series be operating independently for the foreseeable future?

WS: Working with Greg and Fred is terrific. While EW and A & A are charting their own courses at the moment, it certainly would be a helluva lot of fun to get those two back together. And I’ve got a great artist up here who also worked with them…

AL: Any special teases you can give Comicosity’s readers regarding Eternal Warrior?

WS: If you ever wanted to see the Eternal Warrior’s daughter marching a war elephant through an army of drugged-out death-worshippers, this is the book for you. It’s a sprawling epic, filled with insane actions. But amid the chaos, there’s a very real, honest story about a man and his children, and that’s very compelling to me. Greg and Trevor have really poured their hearts out into this thing and I am super proud of the work they’ve been doing. We’re expanding into a whole new corner of the Valiant Universe and you’re going to want to get in on this from the beginning. 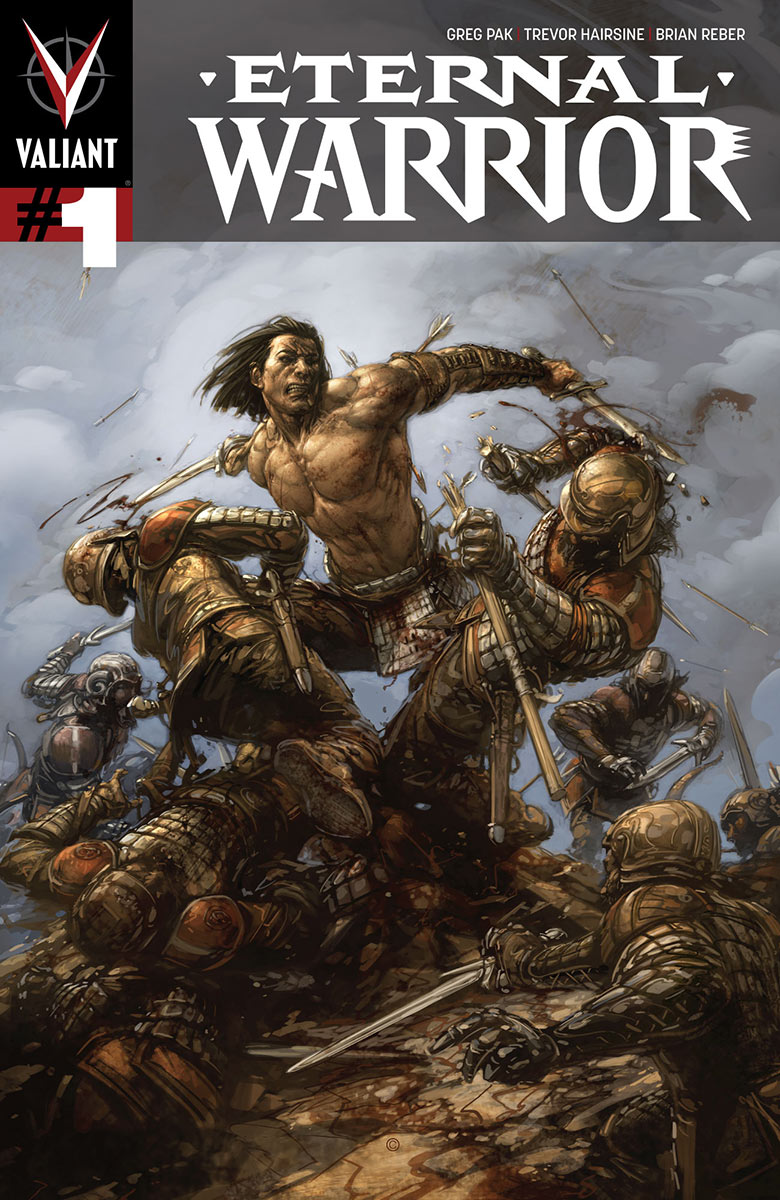 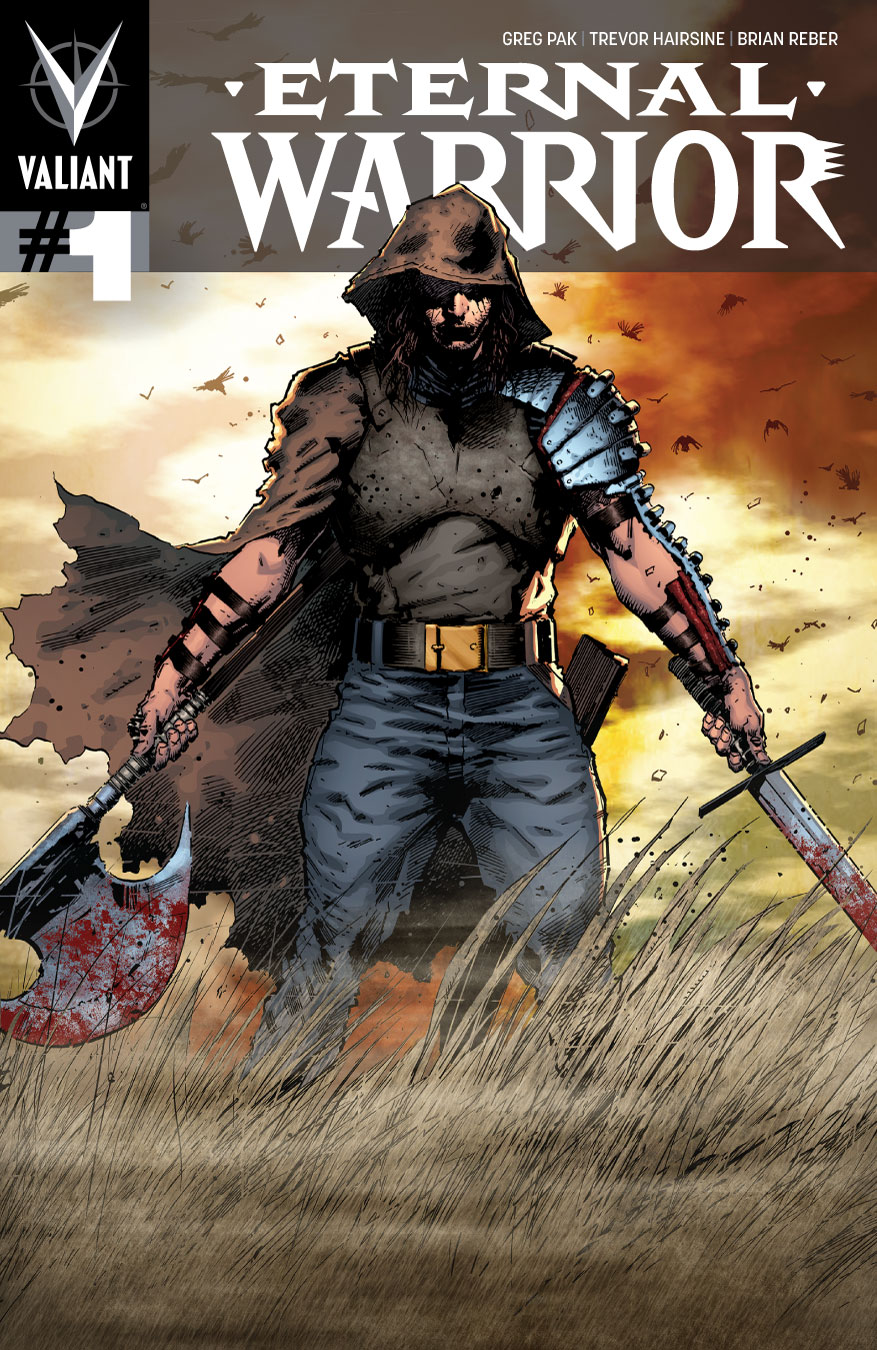 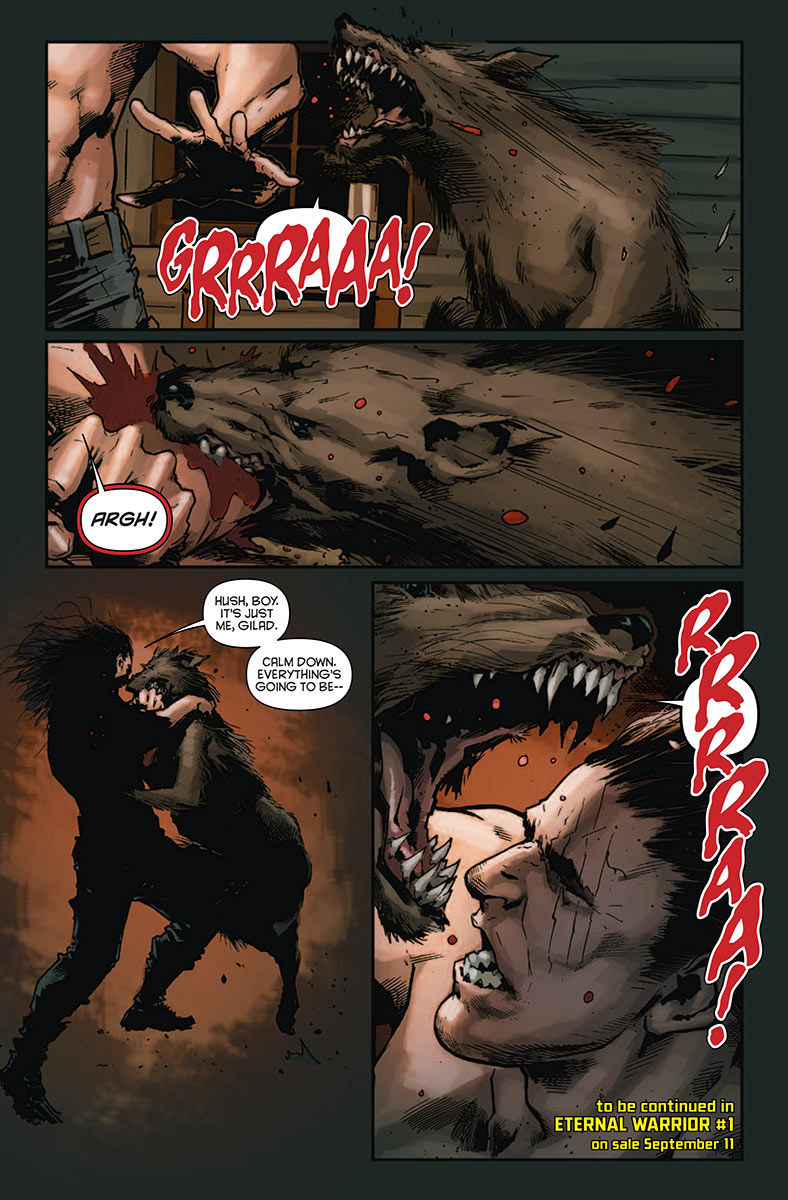 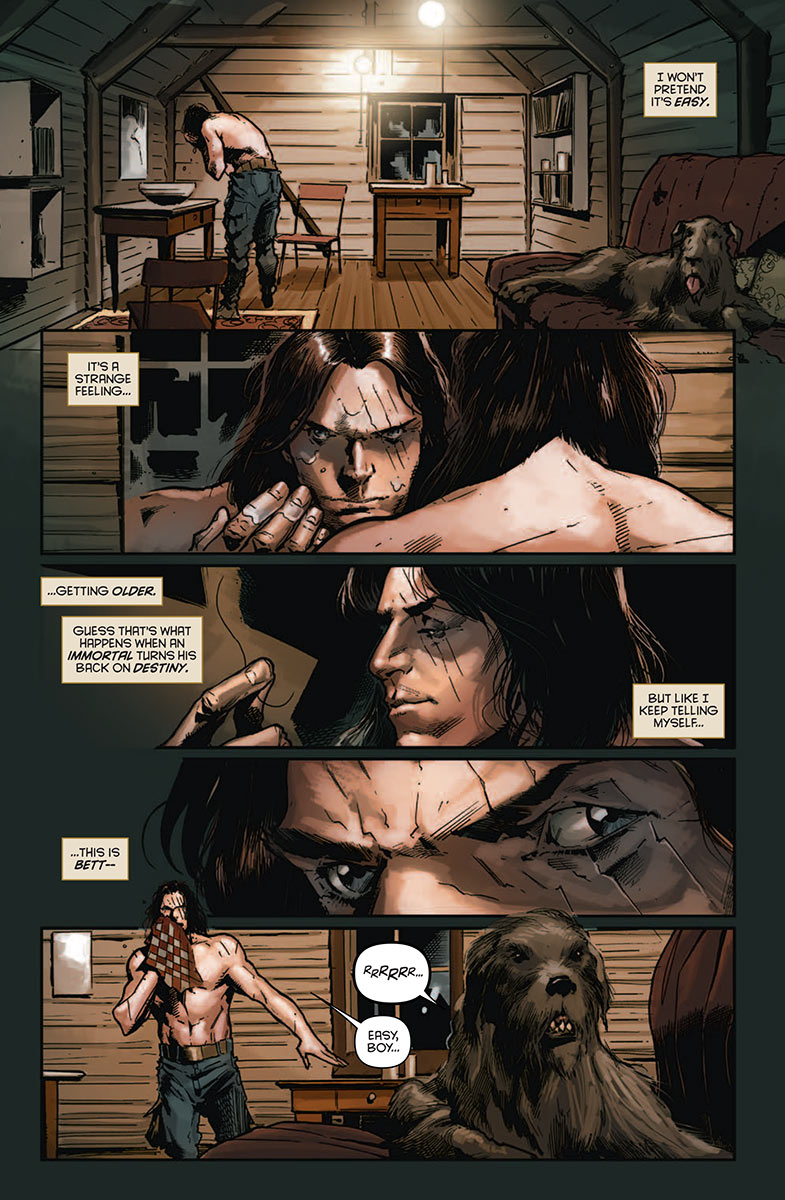 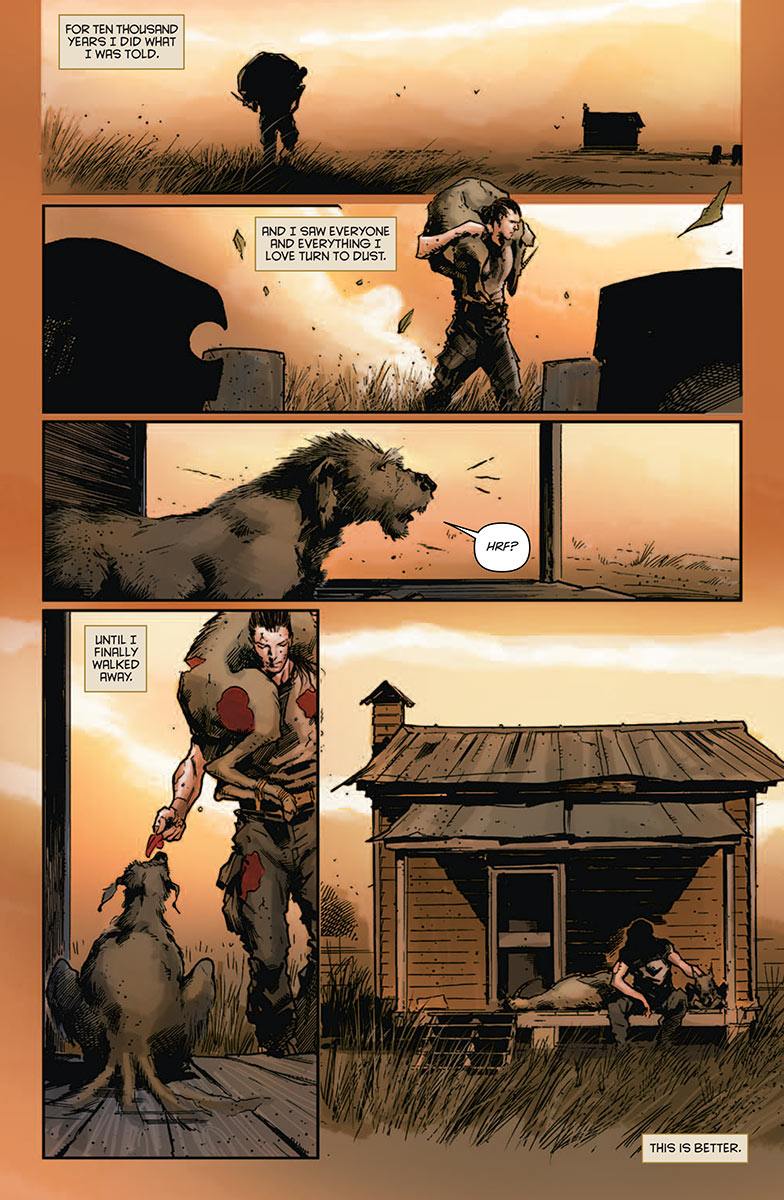 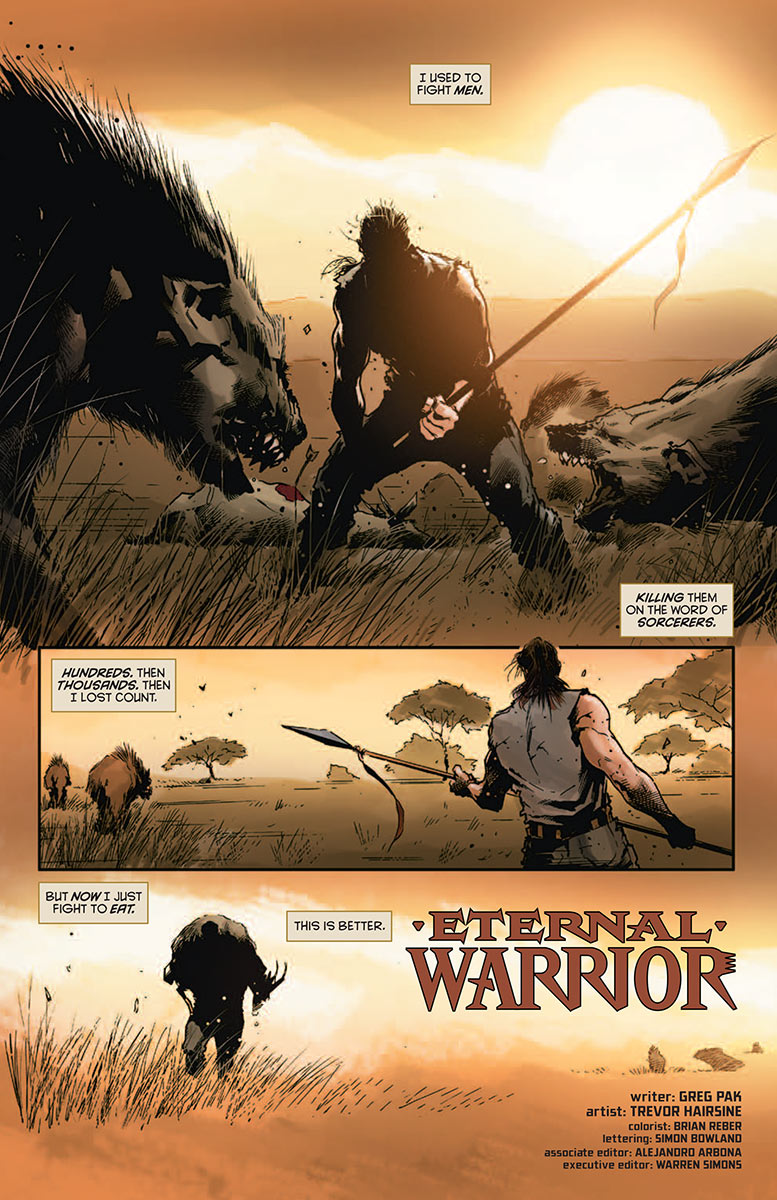 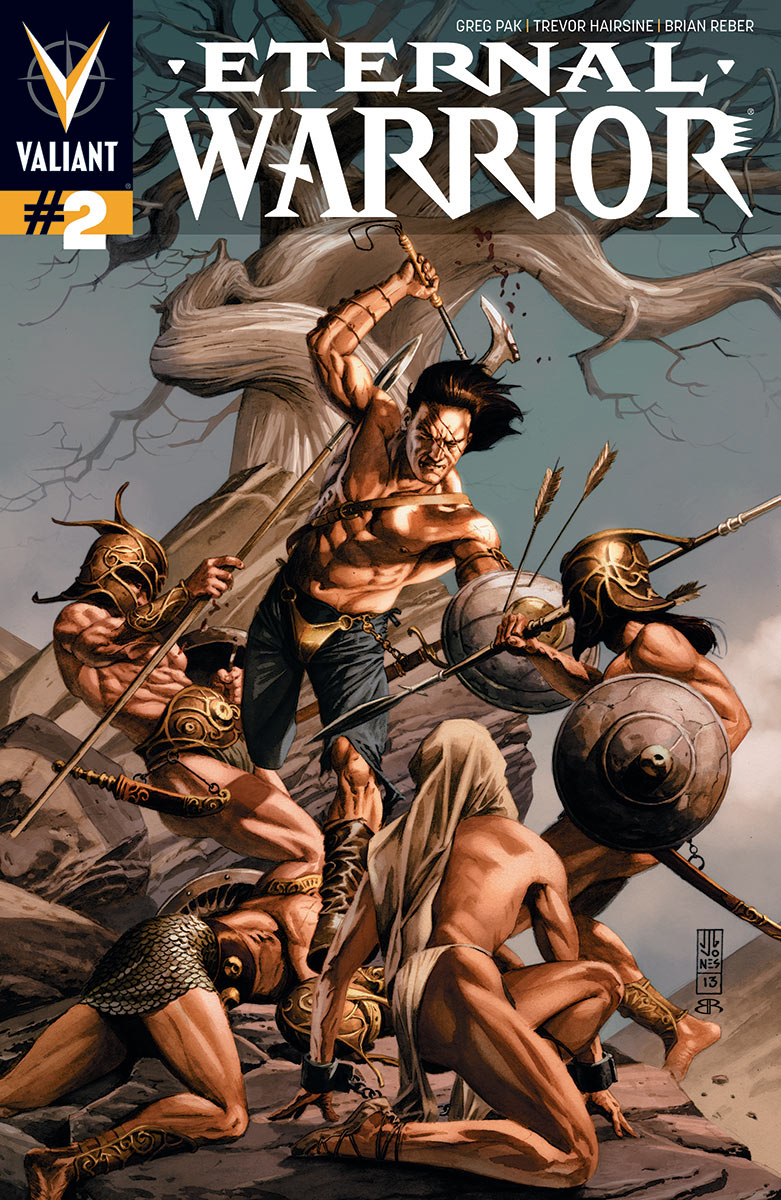 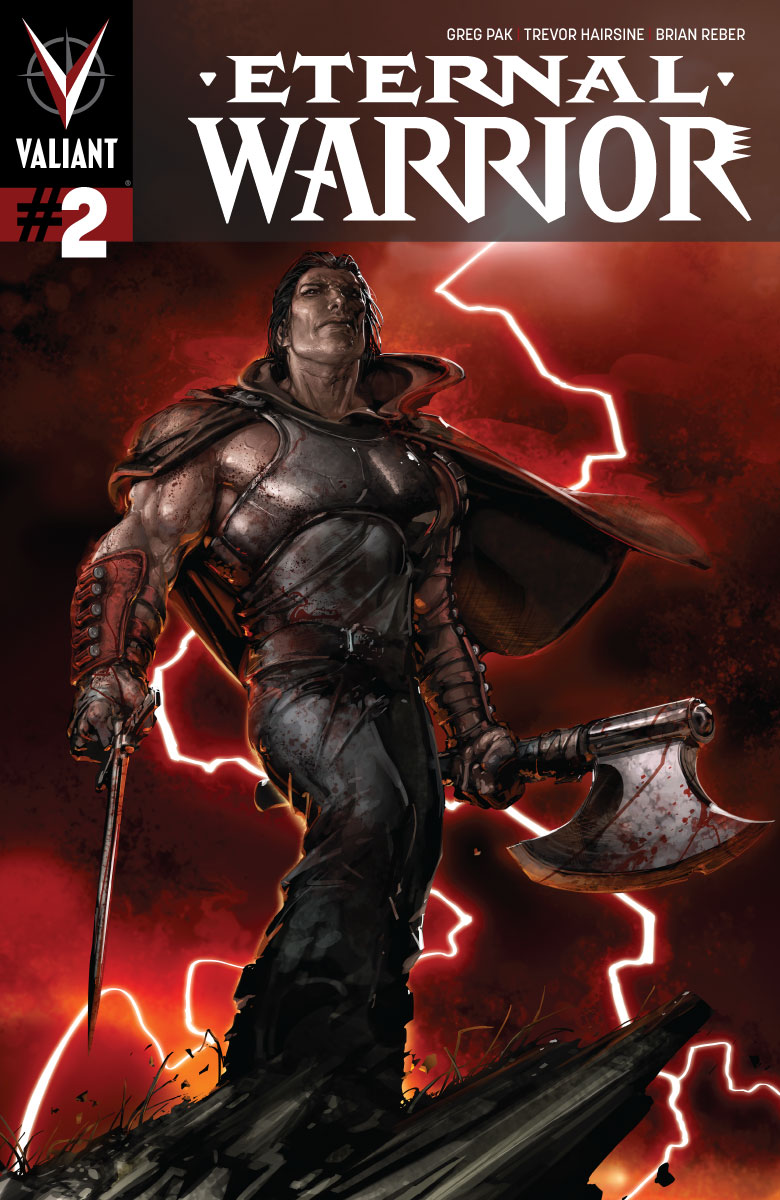