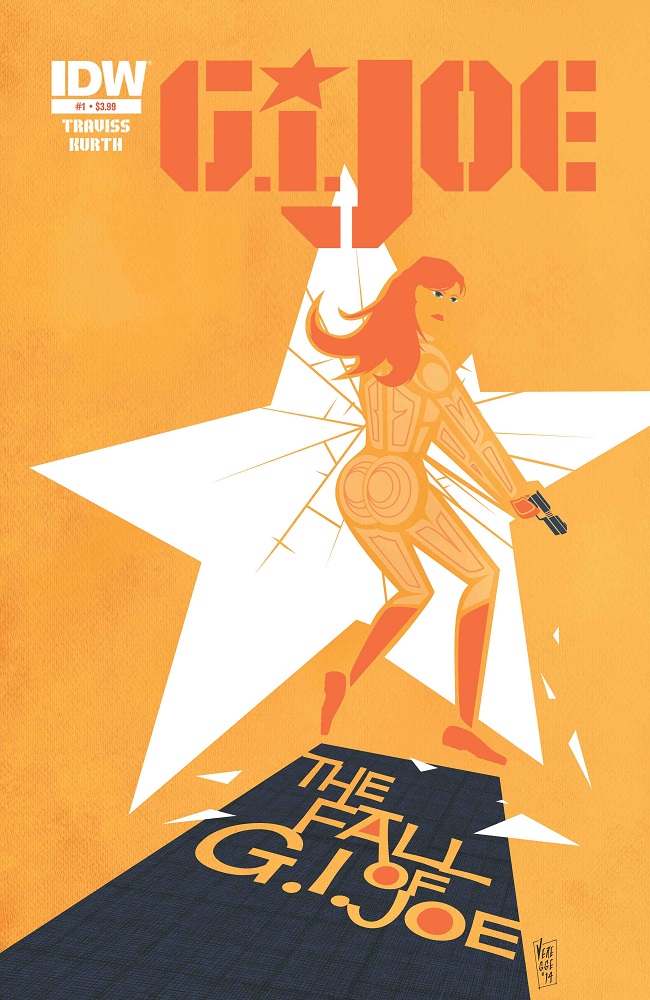 San Diego, CA (August 27, 2014) – Acclaimed British military science-fiction author Karen Traviss reignites the G.I. JOE franchise with an all-new series. Filled with the kind of gritty realism fans of the author have come to expect, this new take on G.I. JOE is guaranteed to please followers of the classic property and comic readers experiencing it for the first time.

The world has changed and so must G.I. JOE—lead by Scarlett, the once-revered G.I. JOE team faces an unthinkable reality where Cobra has become an unlikely peacekeeping taskforce. Utilizing real-world dangers and politics, this is a G.I. JOE comic the likes of which has never been seen.

“Karen understands the world of men and women in the military,” says IDW Senior Editor John Barber. “She gets what their reality is like—which is why she’s held in such high regard by veterans, as well as fans of character-driven action.

Traviss guides an all-star squad of talent on this monthly series starting with fan-favorite artist Steve Kurth on interior art. With a keen eye for design, Jeffery Veregge provides striking covers to the series. The first issue will feature a subscription variant cover by Cliff Chiang.

“When John [Barber] asked me to write the series, it was one of those spooky coincidences,” said Traviss. “I’d literally just finished writing a scene for my new novel, GOING GREY, where two of the characters – vets now serving as private military contractors – discuss whether having G.I. Joe and Action Man as boys, influenced their choice of career. G.I. Joe is still that iconic after 50 years, because it’s about people, and it’s never shied away from the human reality of warfare. I’m genuinely delighted to have the chance to work on the franchise.”

Look for this new series to infiltrate comic shops this September, and follow IDW Publishing on facebook.com/idwpublishing and @idwpublishing for more news and updates!