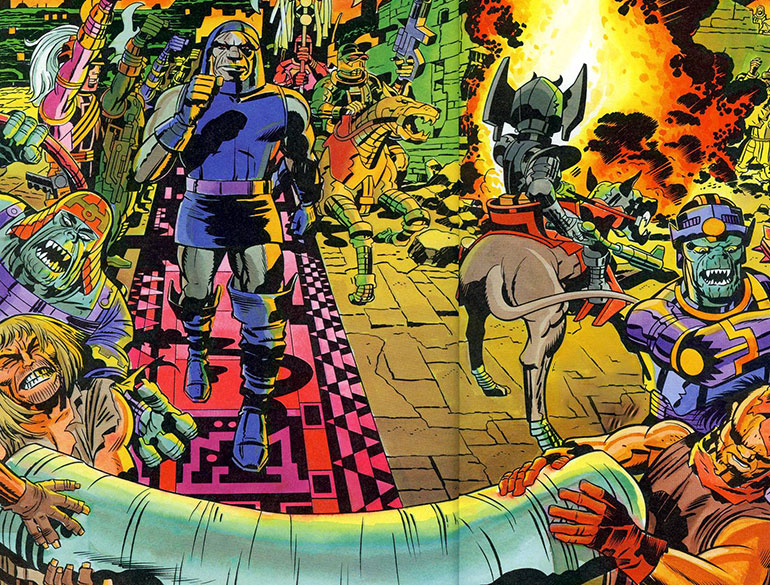 2020 is making Apokolips look like Chocolate Cake Land. So who’s up for some distraction? 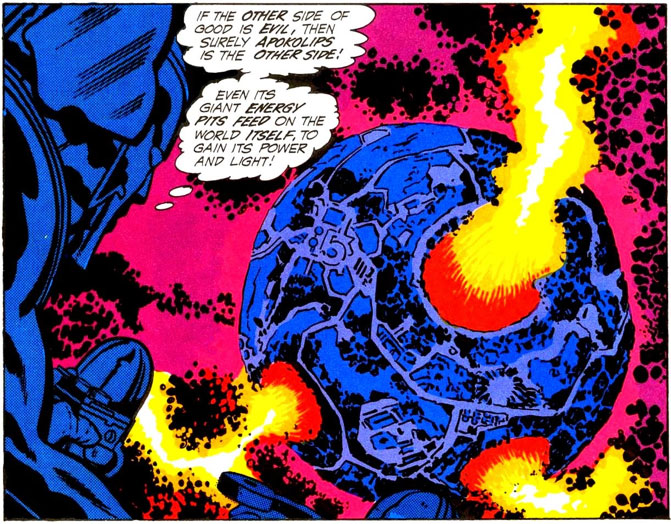 As with life, when it comes to the massive career of Jack Kirby, it’s the little things that can mean the most. Here’s a smattering of some of those little things — little being relative, since this is Kirby.

The following pages, characters, names, and concepts always cheer me up, and I hope they do the same for you. 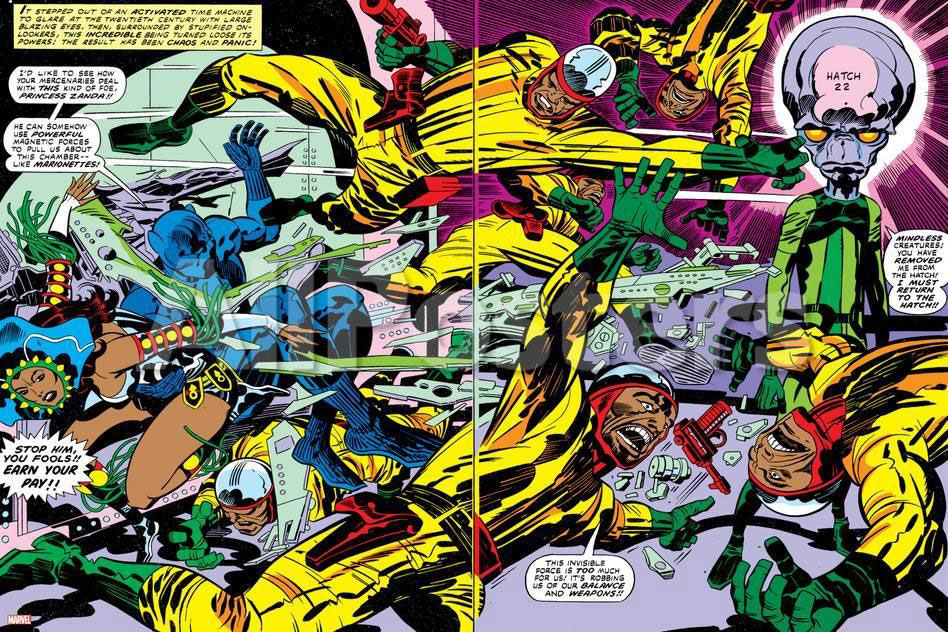 I have a poster of these pages on my wall — I’m looking at them right now, as a type on my couch, with horrible posture, next to my dog. This spread is from Kirby’s return to Marvel in the mid-seventies, specifically Black Panther #2.

The guy from Hatch 22, with his home written on his forehead like the shirt tag of a kid at summer camp, is an alien from “the sixth era of man” (six million years in the future) who was accidentally summoned by King Solomon’s Frog, which the Black Panther and two evil Indiana Jones types named Mister Little and Princess Zanda were hunting. We’ve all been there.

Every aspect of this story is nuts, even by 1970s Kirby standards. But this spread is my favorite part of these issues: the energy, movement, and mayhem are pure Kirby. Amidst the chaos, or maybe in counterpoint to the chaos, Kirby expertly moves your eye from left to right, telling the story while dispensing eye candy. No other artist, before or since, could do a spread like this.

I just hope this Fivehead goes back to his hatch and stays there till the novel C-word goes away.

Reed Richards in the Negative Zone 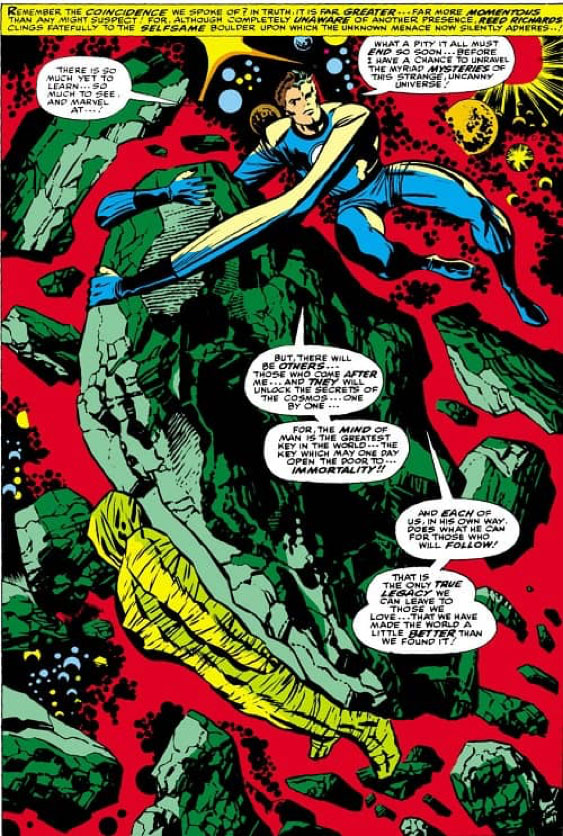 These days, I feel like I’m trapped in the Negative Zone, with a mysterious monster lurking around every corner.

But nothing can ruin the poetry and tension of one of Kirby’s best one-page splashes (from Fantastic Four #62).

Reed’s monologue kind of clutters up the page, but it’s also pretty inspiring, so let’s tip the hat to Stan Lee too. 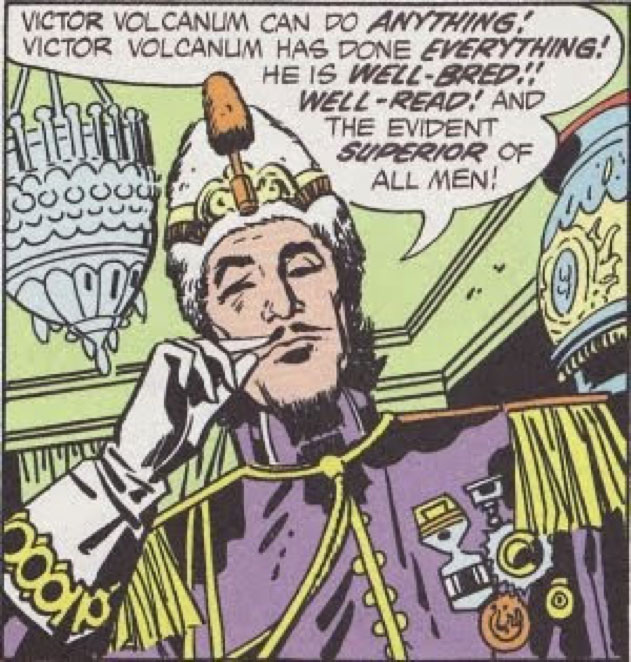 Nice to see a villain literally twirl his mustache. Hey, when you live in a volcano, you gotta lean in. 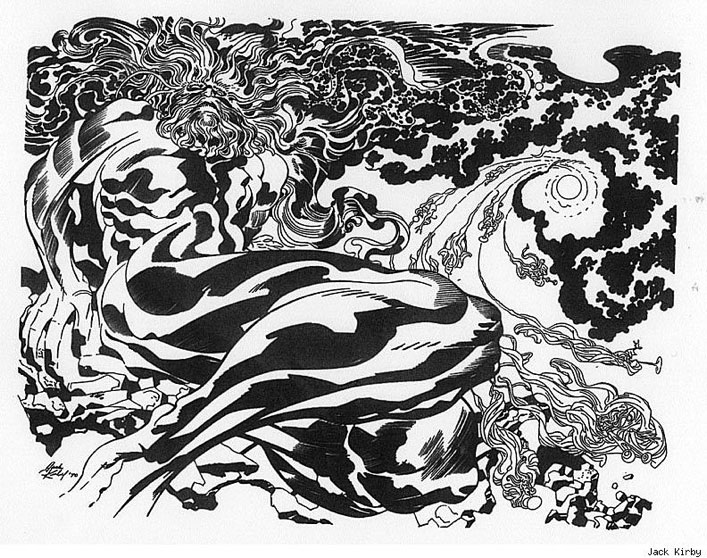 Although Galactus has often been compared to God, Kirby is far more associated with gods: the New Gods, the Eternals, the Celestials (often referred to as space gods), and the gods of Asgard. But Kirby drew God-God too, and it was spectacular.

I never saw the following Kirby portrait of God till recently: 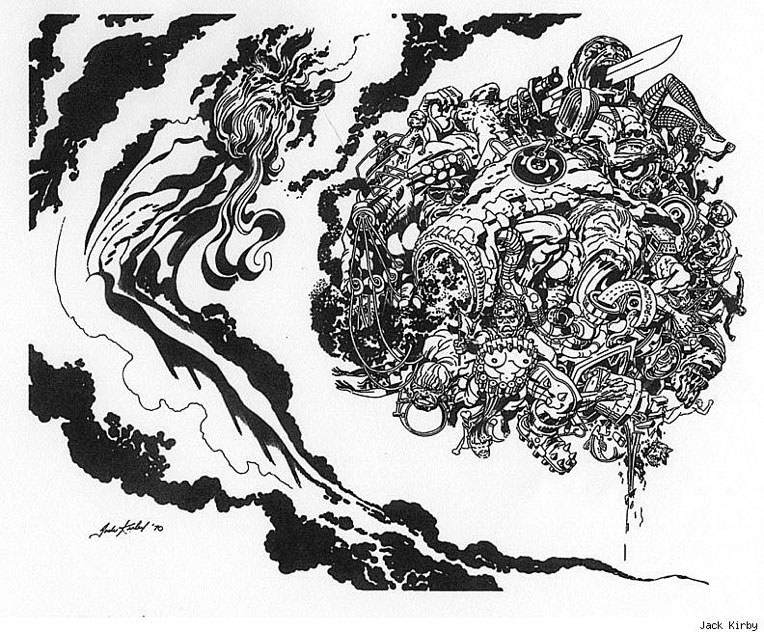 That representation of Earth is absolutely bonkers and possibly accurate. I wonder if it was an influence on Mike Allred’s Impericon from Silver Surfer: 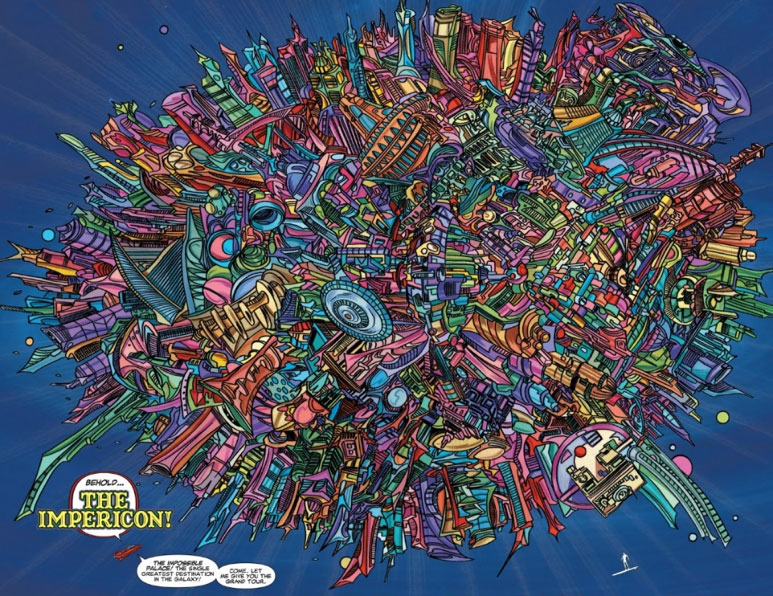 The most cosmic thumbs up ever 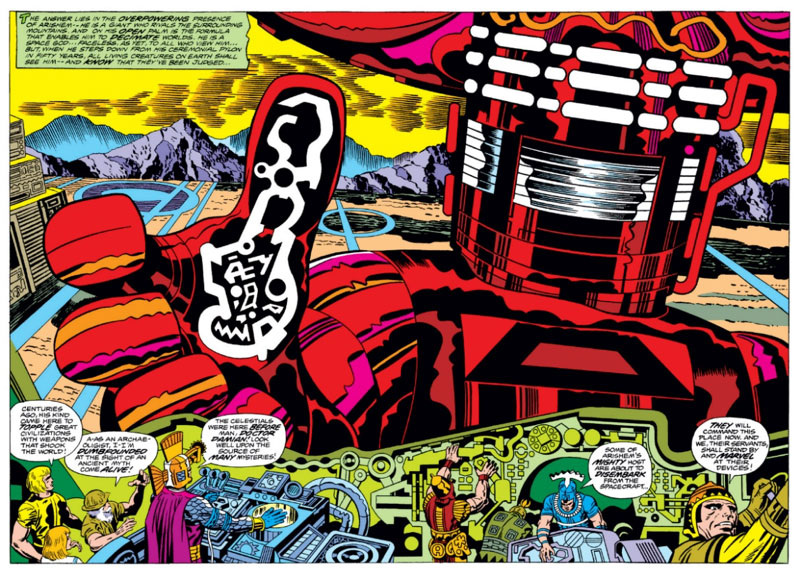 While I doubt any space gods would give humanity a Fonzie-like thumbs up, especially these days, there’s something about Arishem the celestial’s massive body, non-facial face, and inscrutable thumb that reminds me I am just a bag of bones on a planet of poop, and maybe the crap I worry about doesn’t mean shit in the big picture. I find that comforting. 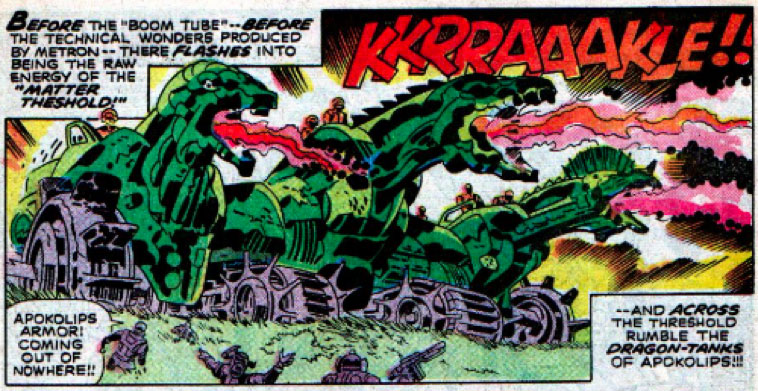 In the early seventies at DC, Kirby reached the peak of his powers with the Fourth World. He was spitting out ideas so quickly and powerfully that even something as incredible as dragon-tanks—for the love of pancakes, dragon-tanks—only get one panel.

To be fair, that panel was part of “The Pact” (New Gods #7) which might be the most impressive and dense single issue of Kirby’s career. Dude was not fooling around.

I for one would be up for a Dragon-Tanks: Year One series by James Stokoe. Get on it, DC. 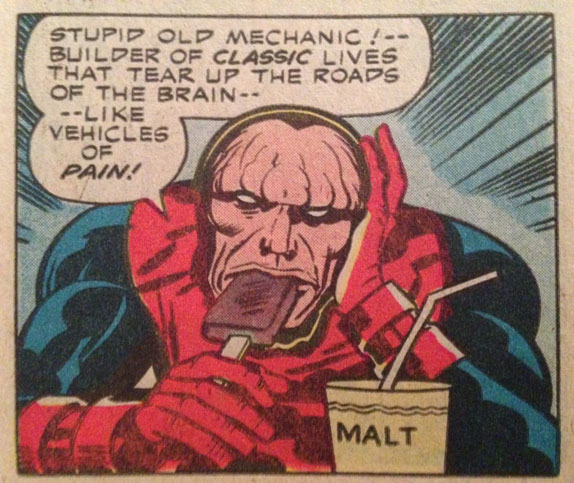 The whole world is a vehicle of pain right now. We’re all Darius Drumm. I’m about a week away from relating to this panel: 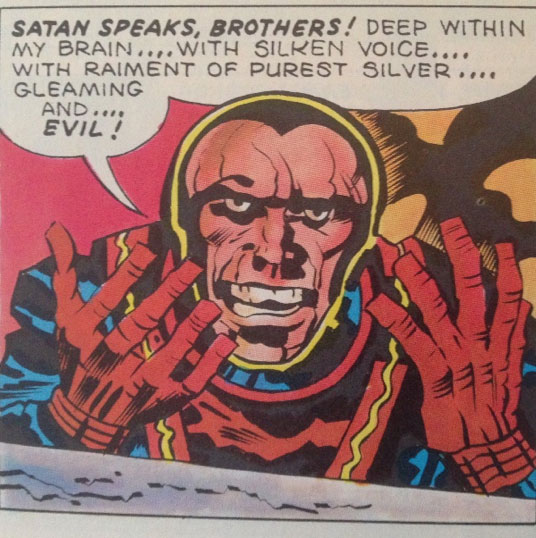