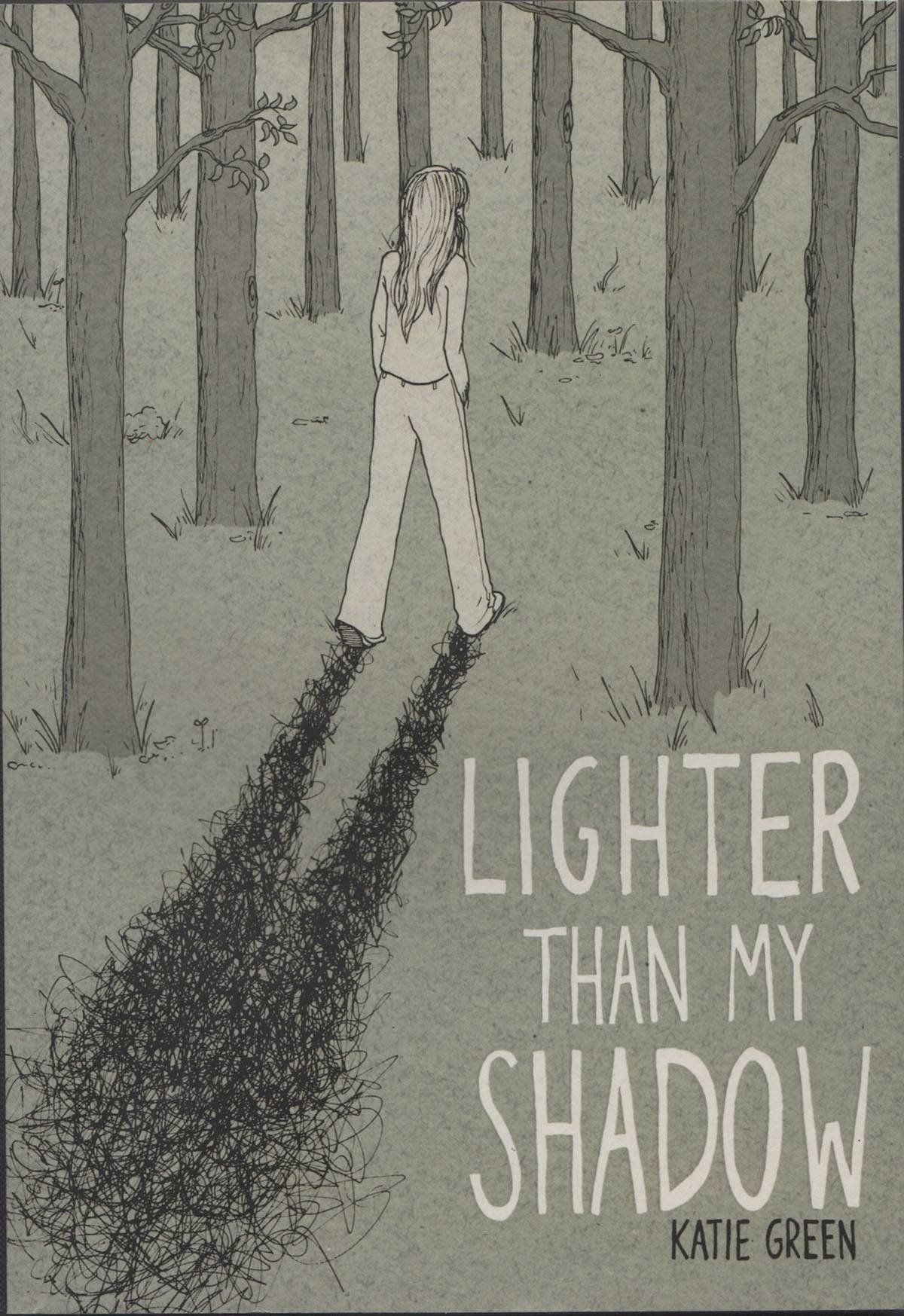 Katie Green’s graphic novel, originally released in the UK in 2013, is released in the US today through Lion Forge Comics. Lighter Than My Shadow offers a personal examination of life with an eating disorder, and the harmful effects of abuse.

In conjunction with the book’s release in stores around the country, Lion Forge is pleased to announce that Lighter Than My Shadow has been selected as Amazon’s “Featured Debut” among the Best Books of the Month!

Like most kids, Katie was a picky eater. She’d sit at the table in silent protest, hide uneaten toast in her bedroom, and listen to parental threats that she’d have to eat it for breakfast.

But in any life a set of circumstances can collide, and normal behavior can soon shade into something sinister, something deadly.

Lighter Than My Shadow is a hand-drawn story of struggle and recovery, a trip into the black heart of a taboo illness, an exposure of those who are so weak they prey on the weak, and an inspiration to anybody who believes in the human power to endure, and to eventually find happiness.

“It’s so exciting to see the book come out in the states, it’s as though it has a new life!” says author Katie Green. “I’m really pleased to see it finding a wider audience and hopefully find its way into the hands of more readers who need it.”

“I have been aware, and frankly in awe of Lighter Than My Shadow since it was released in the U.K. and I am happy that the book and Katie have found a home for the book here at Lion Forge” says Rich Johnson, Lion Forge Vice President of Sales, Marketing, and Business Development. “I am grateful to the editors at Amazon who have recognized and acknowledged the power of this book and naming it a Best Book of the Month for October.”

Other Praise for the Book:

“This heartbreaking and fascinating memoir recounts the creator’s youthful struggle with trauma and an eating disorder without ever feeling saccharine or self-serving. Green’s narrative will grip you, but so will her unusual visual style, which is deceptively simplistic…”–Vulture

“(A) gripping memoir that survivors can relate to, and one that will produce a greater degree of empathy and understanding in those who have little experience with the subject.”–Foreword Book Review

Katie Green is an artist and illustrator living in the south west of England. She studied for a degree in biology before specializing in illustration and going on to create Lighter Than My Shadow, which is her first book. She publishes a bi-monthly zine, The Green Bean, and shares snippets of her other projects on her website, www.katiegreen.co.uk

Lion Forge Comics strives to publish comics that everyone – regardless of background or ethnicity – can identify with. The original graphic novel Andre the Giant: Closer To Heaven was nominated for three Glyph Awards, as well as the Dwayne McDuffie Award for Diversity. Lion Forge Comics also includes the Roar imprint for young adults and the CubHouse imprint for readers twelve and under. It is also home to the Magnetic Collection of premium and critically acclaimed comics and graphic novels, boasting multiple Eisner Award nominees. From licensed properties, including Dreamworks’ Voltron Legendary Defender, original work from top independent creators, and the original and all-inclusive Catalyst Prime superhero universe, there is something for every level of comic fan, young and old, across multiple imprints and formats.