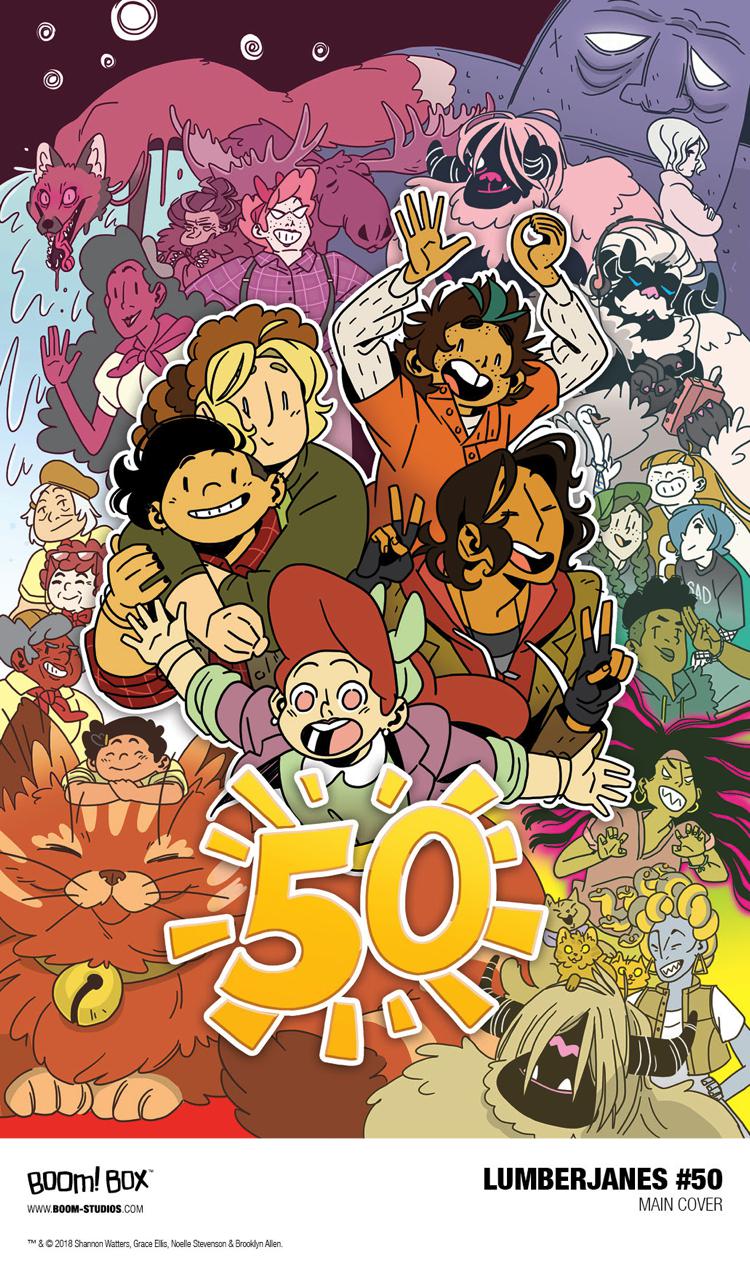 Launched in 2014 under BOOM! Studios’ YA-focused BOOM! Box imprint by series co-creators Shannon Watters, Grace Ellis, Brooklyn Allen, and Noelle Stevenson, Lumberjanes was originally solicited as a limited series, but the overwhelming response from fans transformed it into an ongoing series that has become a New York Times best-seller, been nominated for prestigious awards including the GLAAD Media Award and the Eisner Awards (for which it has won twice), and have even crossed over with heroes from the DC Comics Universe (in Lumberjanes/Gotham Academy). The Lumberjanes have expanded to middle-grade novels at Abrams Books, a diverse array of merchandise from pins to patches, and a feature film in development at 20th Century Fox.

In LUMBERJANES #50, from writers Shannon Watters & Kat Leyh and artists Dozerdraws & Brooklyn Allen, join April, Mal and Ripley as they make several very cool and also pretty gross discoveries deep in the tunnels beneath the Mess Hall. Up above in the civilized world, Jo and Molly join Emily, Diane, and the Zodiac cabin for a fun and totally chill game of total world conquest! This issue also contains a special short story illustrated by Brooklyn Allen.

“It remains stunning that the series has made it this far. I’m humbled every day by the chance that we’ve been given because readers embraced and loved this series and these characters. What a gift, what a journey,” said Shannon Watters. “Thank you, thank you, thank you.”

“We would not have been able to make it to fifty issues of Lumberjanes if it wasn’t for the readers that have found, read, and supported the book. This comic is a labor of love comic born of love – for best friends, for making memories and, most importantly, for who you are inside,” said Dafna Pleban, Editor, BOOM! Studios. “We’re celebrating 50 issues of friendship in the way that only Mal, Ripley, Molly, April and Jo can…which means LUMBERJANES #50 is gonna be unlike any anniversary comic you’ve ever read.”

Print copies of LUMBERJANES #50 will be available for sale in May 2018 at local comic book shops (use comicshoplocator.com to find the nearest one), book stores or at the BOOM! Studios webstore. Digital copies can be purchased from content providers, including comiXology, iBooks, Google Play, and the BOOM! Studios app.

For more on LUMBERJANES and other projects from BOOM! Studios, please visit www.boom-studios.com and follow @boomstudios on Twitter. 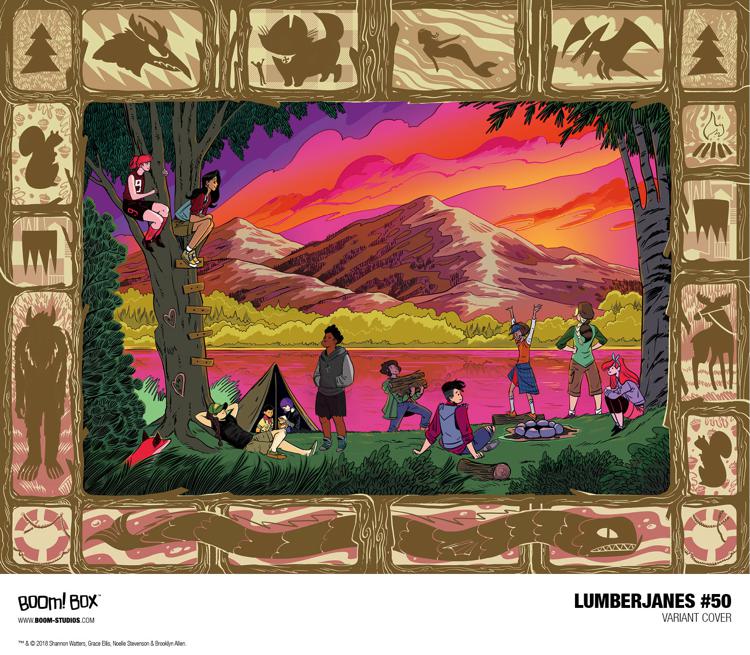