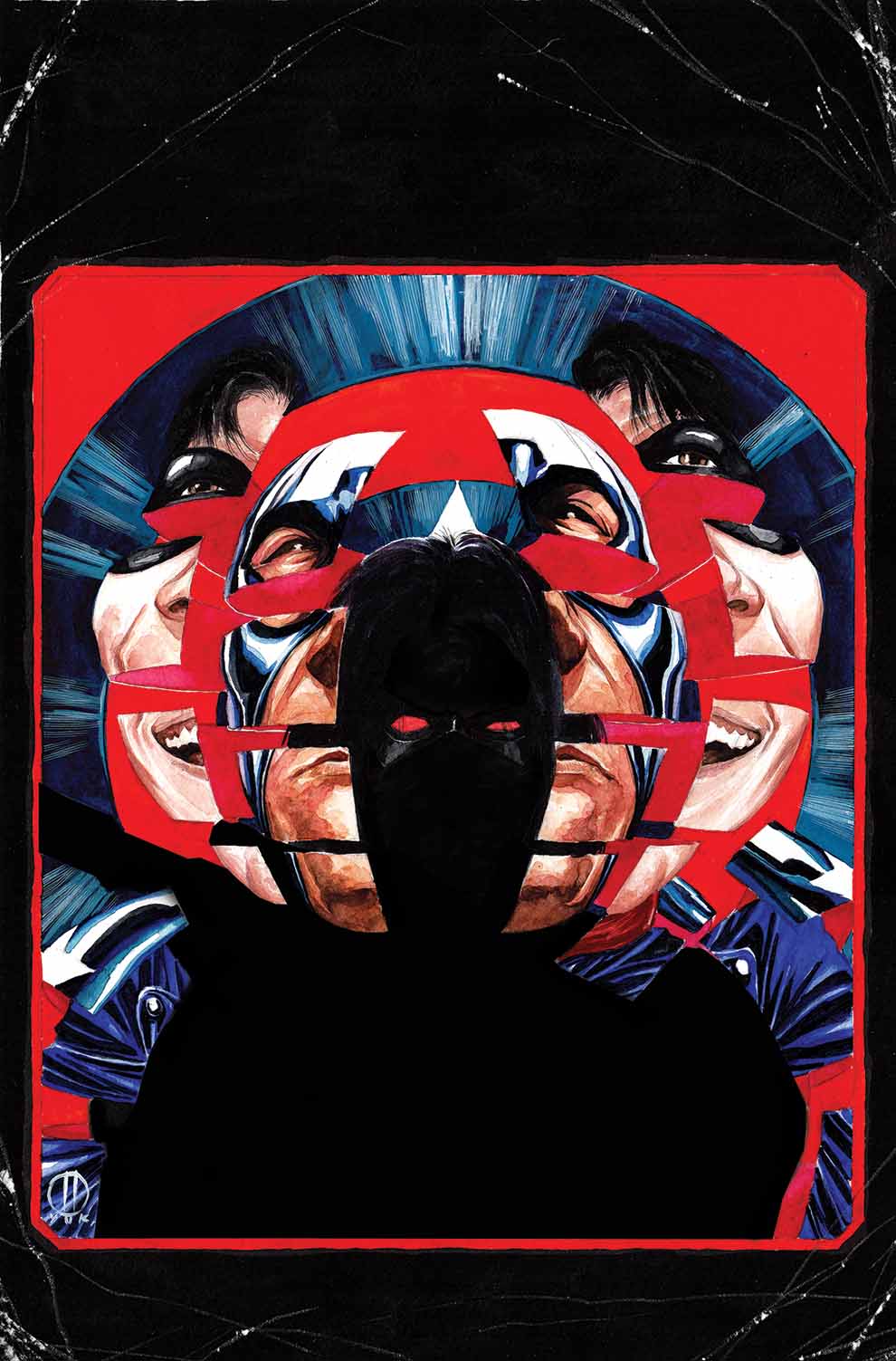 This October, go intergalactic as the super-soldier spy takes on a new mission in BUCKY BARNES: THE WINTER SOLDIER #1, the all-new ongoing series exploding into comic shops this October from rising comic stars Ales Kot and Marco Rudy! Following the shocking finale of Original Sin, what new mission has the Winter Soldier more driven than ever before?

Prepare to experience the greater Marvel Universe as the master assassin travels from the depths of Limbo to the far reaches of space on a new mission launching directly out of Original Sin! He’s toppled dictators and foiled terrorist plots. But what hope does one man have against aliens, monsters and Asgardians? Clearly they’ve never met Bucky Barnes…

“Ales teaches a master class on 21st-century spy stories in [his creator-owned series] Zero month after month, and he’s come up with a whole new spin on the genre for this new Winter Soldier series,” says Editor Wil Moss in an interview with The AV Club. “And Marco [Rudy] reinvents sequential art every time he draws a page, as anyone who read the recent New Avengers Annual knows, so he was a natural pick for a book like this where there are now limits, and where every corner of the Marvel U is going to be explored.”

A new mission begins, and the Winter Soldier brings his years of battle-hardened experiences to a larger stage than ever before! Be there this October for the pulse-pounding action and espionage when Kot & Rudy explore the man beneath the mask in BUCKY BARNES: THE WINTER SOLDIER #1!